Text and Photos by Mark Erdmann

As part of our continuing efforts to make the Bird’s Head Seascape website as useful, interesting and interactive as possible, we are delighted to announce the launch of the BHS Whale Shark ID database! Created as a sister initiative to the BHS Manta ID database, this subroutine within www.birdsheadseascape.com is designed to allow visitors to browse the database and familiarize themselves with the known individual whale sharks of the Bird’s Head (including information on their size, sex, recognizeable scarring, and their known movements around the Bird’s Head), compare their own ID photos with the database, and help us learn more about BHS whale sharks by submitting photos and observational data directly to the database. This online database represents a fantastic opportunity for “citizen scientists” to contribute to our knowledge about the world’s largest fish – and we strongly encourage you all to get involved! 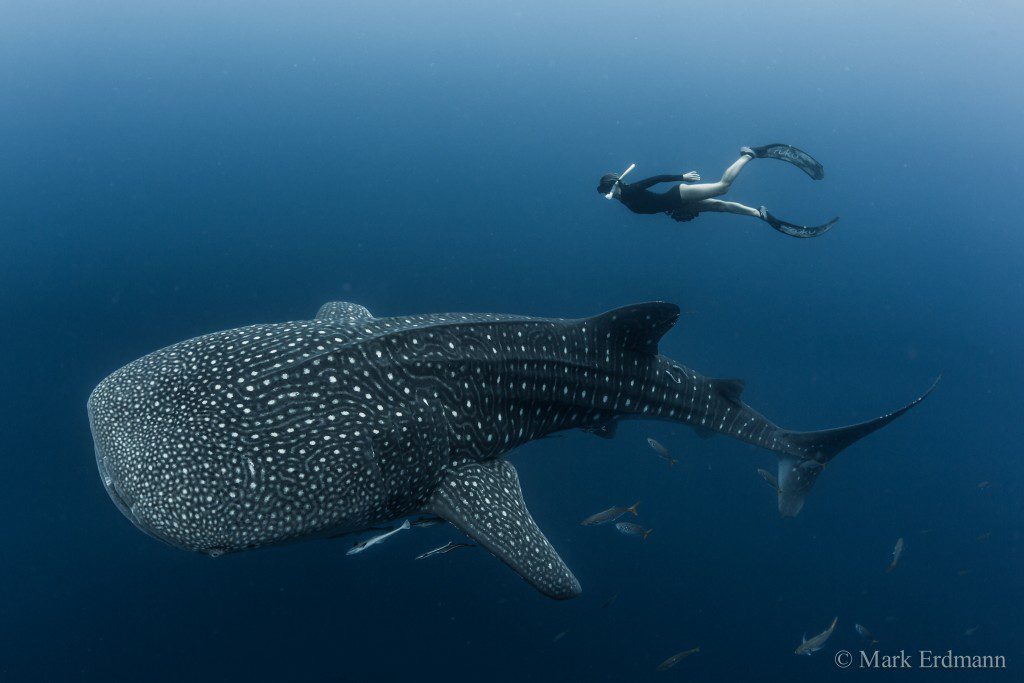 The whale shark Rhincodon typus is the world’s largest fish (reaching up to 18m in length!) and is regularly encountered in both Cendrawasih and Triton Bays in the BHS.

The database is made possible by the fact that all whale sharks have a unique pattern of spots, blotches and streaks on their bodies, and we can use these patterns to identify and track individuals – much like a fingerprint is used to identify individual humans. While these spots and streaks cover the entire body of the whale shark, in order to standardize comparisons of photos, researchers worldwide have agreed to focus photo ID efforts on the left side of individual whale sharks, specifically on the area of the body just behind the gill slits and forward of the dorsal fin. Those wishing to perfect their whale shark photo ID skills should refer to the “How it Works” section of the database, which also explains in detail how to use the site to upload your photo IDs. 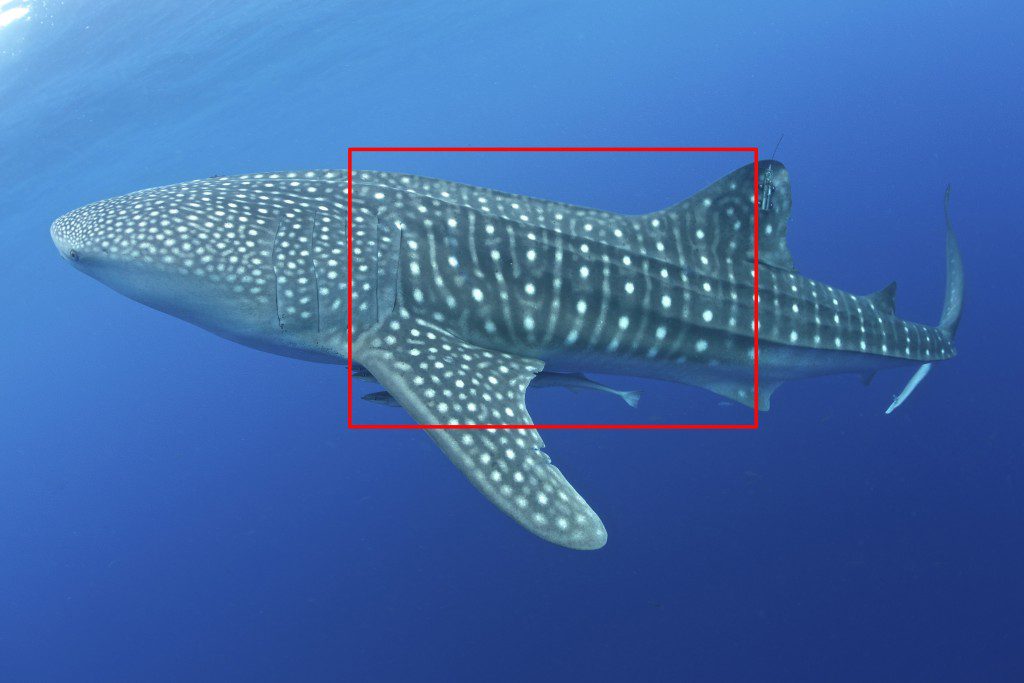 Those wishing to contribute their ID photos to the database should focus efforts on the left side of the animal in the region between the gills slits and the dorsal fin.

Whale shark-focused tourism in the Bird’s Head has been growing since 2009, with liveaboard and resort operators taking advantage of the fact that whale sharks in both Cendrawasih and Triton Bays routinely enjoy feasting on the small baitfish known locally as “ikan puri” – which means they can reliably be found each morning milling about the “bagan” lift net fishing vessels that target their favorite food. Bagan fishers will normally share a few buckets’ worth of their catch with the whale sharks, which ensures the sharks usually stick around the bagans for a few hours – allowing for prolonged tourism interactions with these behemoths. 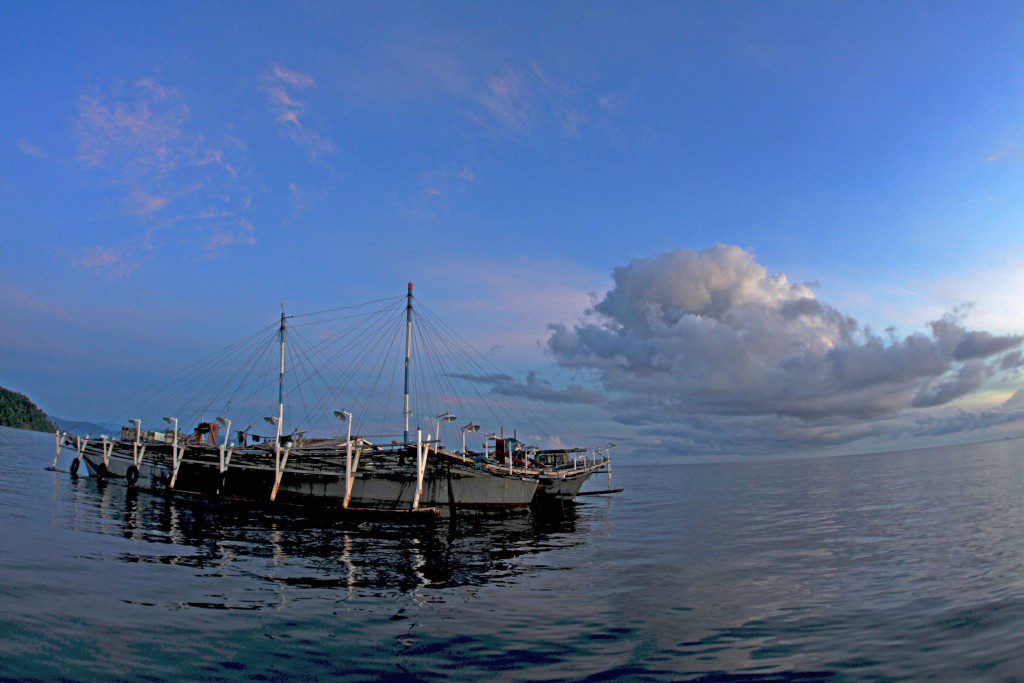 Whale sharks in the BHS are frequently found aggregating around “bagans”, lift net fishing vessels, which target the same small silverside baitfish (known locally as “ikan puri”) that are one of the whale sharks preferred food sources. 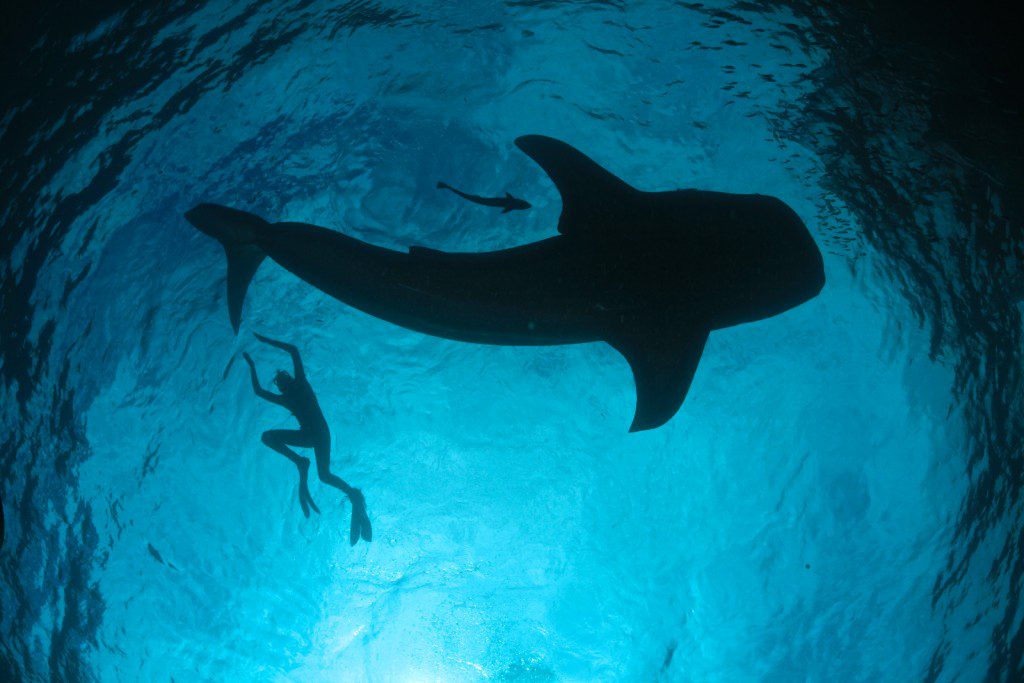 In order to better understand the whale sharks of the Bird’s Head, a number of research initiatives have been launched to study these sharks. Since 2009, the Cendrawasih Bay National Park Authority (BBTNTC), WWF-Indonesia and Dr. Brent Stewart of Hubbs Sea World Research Institute (HSWRI) have been compiling a photo ID database of Cendrawasih Bay whale sharks, as well as satellite tagging several individuals. More recently, Conservation International (CI) has been working with the BBTNTC and Ministry of Marine Affairs and Fisheries to attach finmount satellite tags to Cendrawasih whale sharks, while also collaborating with Dr. Hawis Madduppa of the Bogor Agricultural Insitute (IPB) to examine genetic connectivity of whale sharks sampled in Cendrawasih and Triton Bays. CI has also been working with the Kaimana government and local dive operators including Triton Bay Divers to compile a photo ID database of Kaimana whale sharks, and has moreover done some limited satellite tagging in Triton Bay.

Of all these initiatives, the photo ID database is truly the foundation of all research on Bird’s Head whale sharks. By compiling and continuously updating this photo ID database, we can get an estimate of total population size, better understand seasonal patterns of movement, and determine if there is any “connectivity” between the known populations in Cendrawasih and Triton Bays. And best of all – you can be part of this important research! 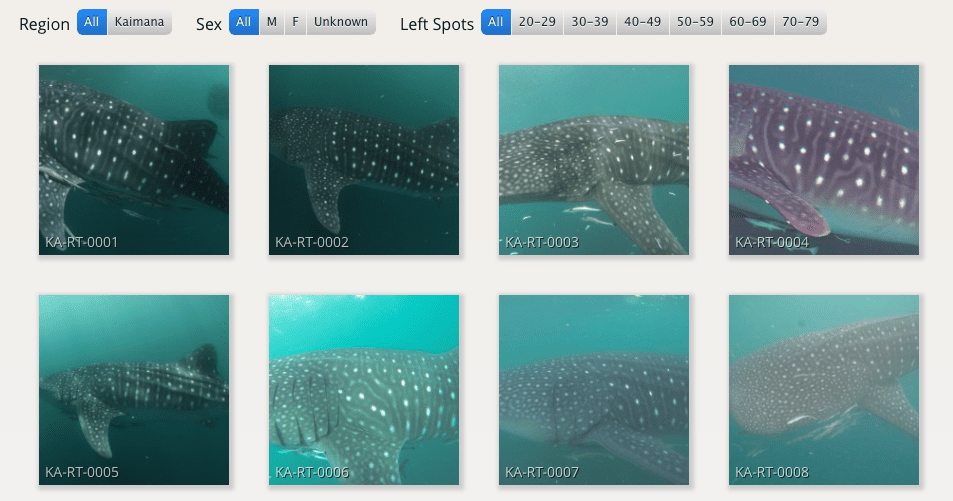 A screenshot from the database showing ID photos of 8 of Kaimana’s 14 known whale sharks (Cendrawasih now has well over 100 documented individuals). Submit your photos and grow the database!

If you’re keen to help, please explore the database and all its features to learn how to take the best possible whale shark identification photos, and submit as many photo IDs as possible! You’ll note we are now launching the Bird’s Head Seascape Whale Shark ID database with the known individuals from the Kaimana/Triton Bay region, though we intend to soon add in individuals from Cendrawasih as well. We encourage viewers to submit photo ID’s from ANYWHERE in the Bird’s Head – as we are particularly keen to investigate if there is movement of individuals around the Bird’s Head, and one of the best ways to do this is to compare photos of individuals taken in different areas. To date, the vast majority of whale shark sightings in the Bird’s Head are from Cendrawasih and Triton Bays, but they are also rarely reported from Raja Ampat, and we also have reports from the northern Bird’s Head (off the leatherback turtle nesting beaches of Abun) and off the FakFak coast. Send in your images and help us “connect the dots” on whale shark movement and behaviour in the Bird’s Head! 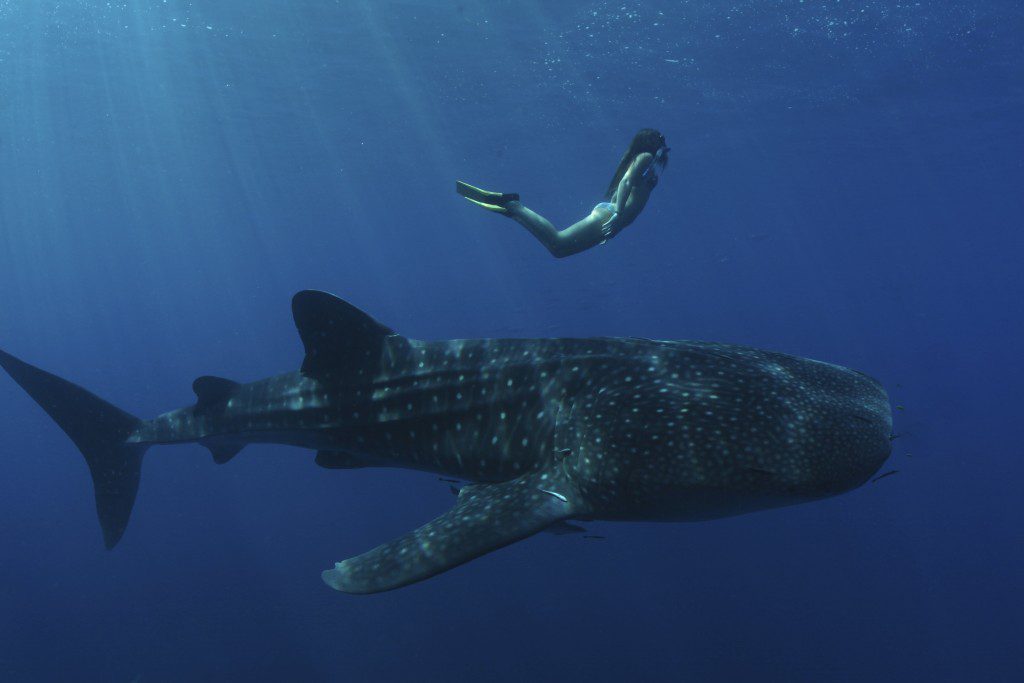 While right-side images can still be useful, always try to get a left-side shot for photo ID purposes!