Indonesia is SERIOUS about protecting their fish!

Indonesia is SERIOUS about protecting their fish! 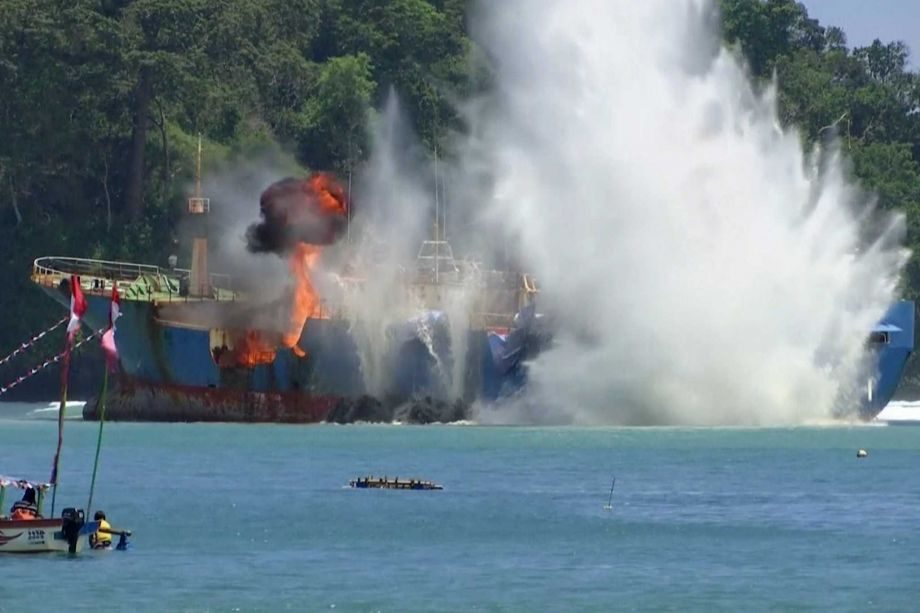 Perhaps this title should be; “Indonesia gets EVEN MORE SERIOUS about protecting their fish!”

If you have been following the blogs on the site you will have noticed this is not the first time Indonesia has sunk a foreign illegal fishing boat.  In January of 2015 we first reported that Indonesia was poised to take a tough stance on illegal fishing.  Then in April of 2015, we ran another story about Indonesia sinking an illegal Vietnamese fishing boat, which created a new dive site in Raja Ampat. 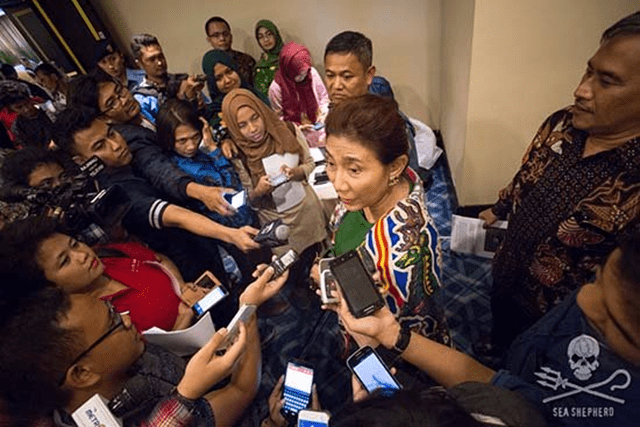 Now the government has teamed with Sea Shepherd and have sunk a huge illegal “toothfish” ship, the Viking, that has been hunted by 13 countries.  Congratulations to all concerned, especially Indonesia’s courageous Maritime and Fisheries Minister, Susi Pudjiastuti.  Read the report of this latest sinking here, Viking tooth fish ship sunk.

“The VIKING is the ship that Captain Sid Chakravarty and his crew on the Sea Shepherd ship STEVE IRWIN hunted and tracked for the last three months, from the Southern Ocean across the Indian Ocean into the waters of Indonesia where he alerted the Indonesian authorities to intervene with an arrest warrant from Interpol.
Today, the no-nonsense Indonesian Minister of Maritime Affairs and Fisheries Susi Pudjiastuti will oversee the destruction of the VIKING.
The fuel and oil have been pumped out and the Indonesian Navy will send the VIKING to the bottom today. Instead of killing fish it will now be habitat for fish and other marine life and it will make one hell of a dive site.
The STEVE IRWIN has departed for another important mission but a Sea Shepherd documentary crew led by Sea Shepherd Asia Director Gary Stokes will be on site in Indonesia to witness and document the sinking of the last of the Bandit Six – the VIKING.
The first of the Bandit Six, the THUNDER was scuttled in the waters of Sao Tome last April 6th. The crew of the SAM SIMON rescued the 42 crew of the poaching vessel while crew from the BOB BARKER boarded the THUNDER to secure evidence of their illegal activities.
That evidence led to a fine of 15 million Euros or the incarceration of the Captain and two of his officers who are now serving three and two year sentences respectively. The evidence also contributed to the arrest of six members of the Vidal family in Galicia, Spain, the money and the organization behind many organized crime operations on the high seas.
The other four vessels have all been arrested. The YONG DING and SONGUA in Cape Verde thanks to the efforts of Captain Peter Hammarstedt, the PERLON in Malaysia and the KUNLUN last month in Senegal.
Sea Shepherd would like to thank the authorities in Indonesia, Malaysia, Sao Tome Principe, Cape Verde, Nigeria, Mauritius, Spain and Indonesia and of course INTERPOL for their efforts in this most successful campaign.
This fleet which has operated with impunity for over a decade in the Southern Ocean has been completely shut down.
Operation Icefish was organized for the express purpose of stopping the Bandit Six, it was initiated in December 2014 and today with the destruction of the VIKING it is 90% over.
All that remains now is a conviction of the Vidal family in Spain.
Every volunteer crewmember, shore volunteer and supporter of Sea Shepherd can be proud of what has been accomplished over the last fifteen months. Together we accomplished what everyone told us was impossible to do but the one thing that Sea Shepherd has developed over the years is the ability to take on impossible missions and to make the impossible – possible!”