The Science for Conservation team of the Research and Community Service Division of the State University of Papua (S4C LPPM UNIPA) has been conducting marine turtle monitoring and nest protection at the Jeen Womom Coastal Park since the 2017. Located on the northwest coast of West Papua (on the top of the Bird’s Head), the Coastal Park hosts the largest nesting aggregation of critically endangered leatherback turtles in the western Pacific. Nesting activity is concentrated at the Jeen Yessa and Jeen Syuab beaches within the Coastal Park. Leatherbacks nest year-round in two distinct seasons, between April and September, with peak nesting activity in July, and between October and March, with peak nesting in January. 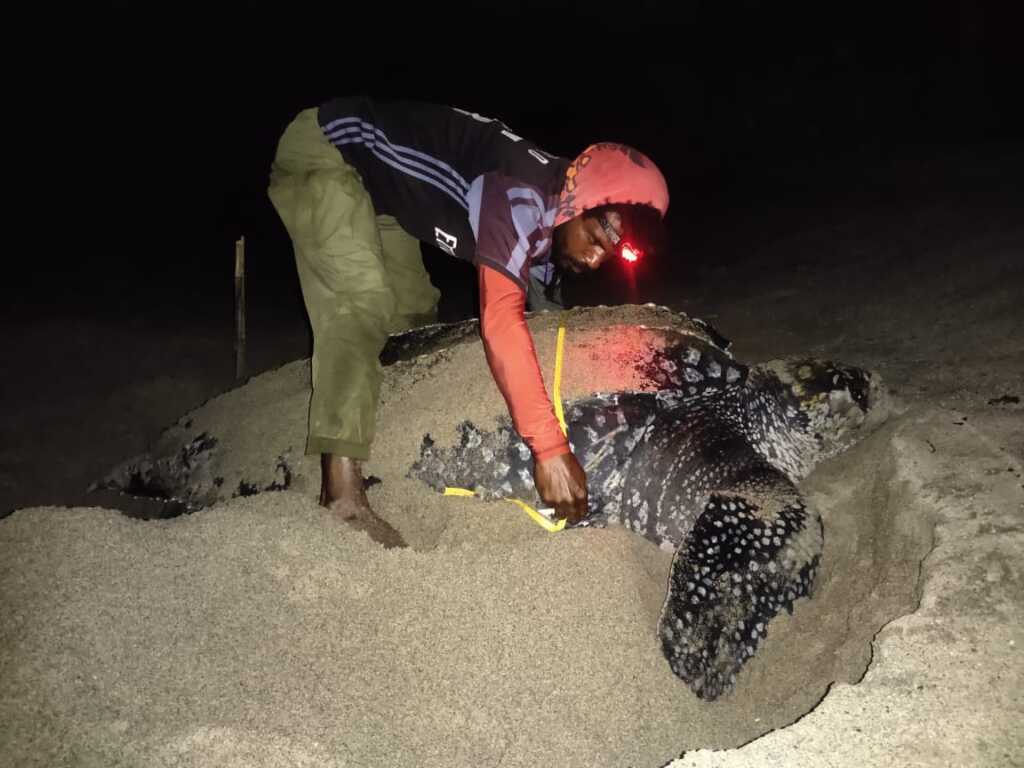 Since April, the UNIPA team has noticed more untagged leatherbacks emerge, about 52% of all leatherbacks that landed. Tagging leatherbacks using Passive Integrated Transponder (PIT) tag has been ongoing since the early 2003 by WWF-ID, US NOAA, and UNIPA. At the beginning of this nesting season, the UNIPA team brought a supply of PIT tags predicted to last the entire season, but they were exhausted in just two months! Not all of these untagged leatherbacks are first-time breeders, but we suspected that many of them are. More first-time breeders mean more individuals recruited into the population. If this continues, the population will increase, assuming adult mortality rate (e.g., bycatch, etc.) does not increase. 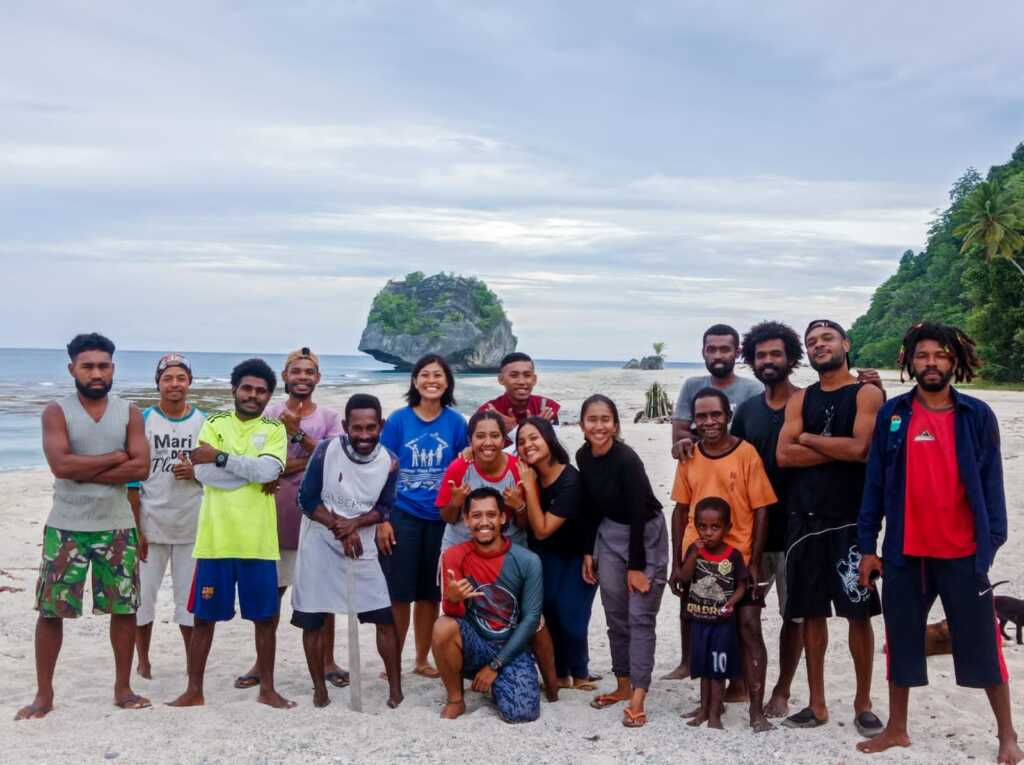 Although we might have to wait ten or more years to be certain the Bird’s Head leatherback population is increasing, we consider the greater emergence of untagged leatherbacks and nest numbers promising. Perhaps we are seeing the first fruit of early conservation labor in the late 1990s to early 2000s by the BBKSDA, WWF-ID, and NOAA. These promising results encourage us to work harder and make the most of the time left.

Noviyanti is the Outreach Coordinator for the Science for Conservation Program of LPPM UNIPA. She and her team disseminate information on marine turtle biology and conservation to the general public and coastal communities through the S4C website (www.science4conservation.com), social media (Instagram & Facebook: @science4conservation), and field visits.

Deasy Lontoh is the the Research Coordinator for S4C’s nesting beach program. She and her team work tirelessly year-round to monitor turtle nesting activity and increase the number of hatchlings produced through nest protection at the Jeen Womom Coastal Park.