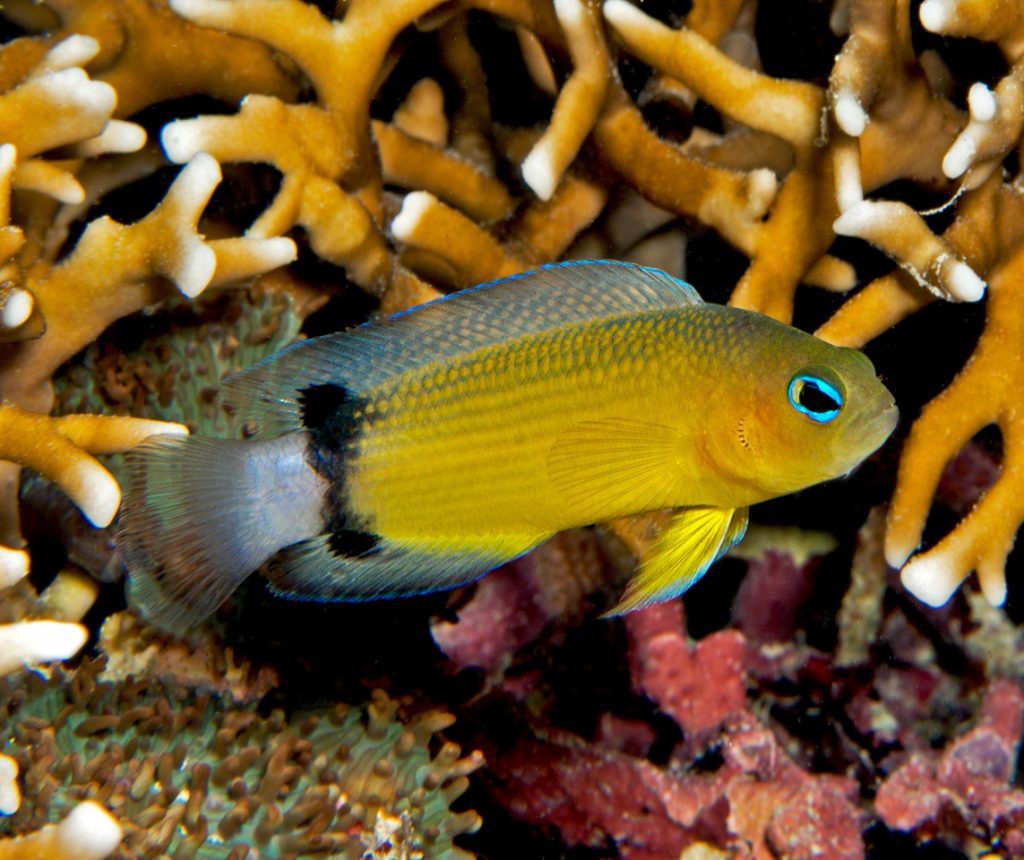 Triton Bay, Indonesia ~ April 2016. “We should look for Jamal’s Dottyback.” All eyes turn to Richard Smith as he continues, “The one that mimics the Blackbar Chromis.”  I don’t know this dottyback but that’s no surprise, given that we’re in the heart of the Coral Triangle, an area with more reef fish species than anywhere else in the world – I don’t know a lot of the fish here. We’re aboard the Dewi Nusantara and among our group are five expert-level fish surveyors from REEF, the Reef Environmental Education Foundation. “It’s endemic to this area,” Richard adds. If there is one thing that a fish watcher loves, it’s the possibility of adding another species to our life lists and an endemic species, one that is restricted to a certain region, is especially exciting.

Reef Fishes of the East Indies  (also available as an app) shows Jamal’s Dottyback, Manonichthys jamali, to be known from a limited range of south-eastern Misool and down the Fakfak Peninsula of West Papua, Indonesia. Our cruise will take us from Ambon, across to the Fakfak Peninsula and into Triton Bay. Although this area has been well-surveyed during many Conservation International expeditions, there is always a chance of locating a stray population or finding a range extension for a fish, so we are on high alert. Nine days of hunting through Triton Bay yields no Jamal’s Dottyback. Our dive guide Yan, who worked on a couple of the CI expeditions, recalls that when he saw the fish, they were in branching coral thickets, so we hunt in every stand of Acropora we see. We see the Blackbar Chromis, but no dottyback. 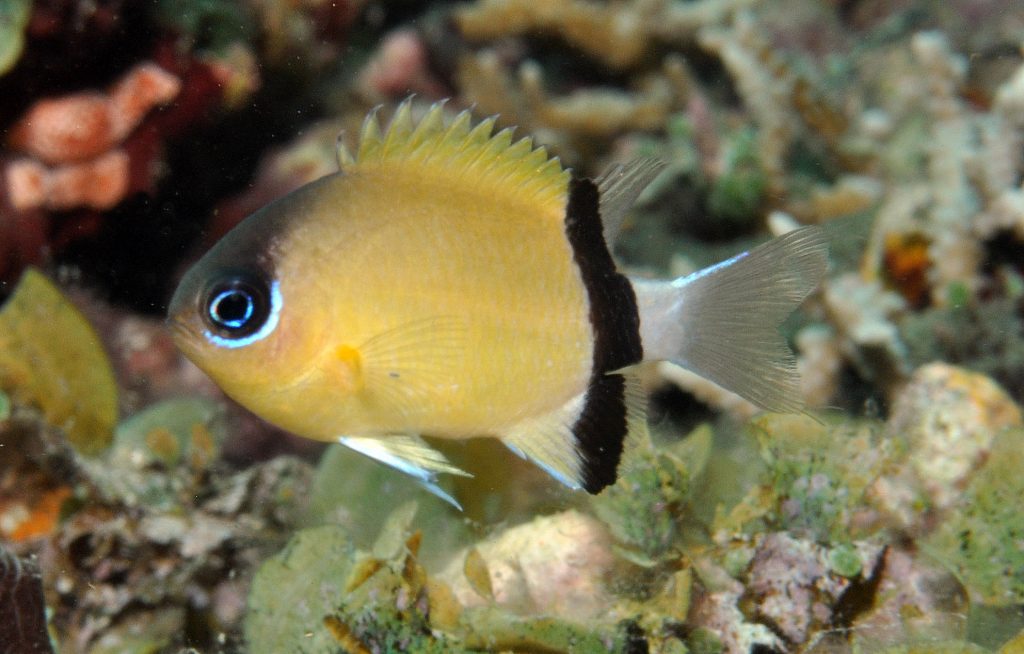 We spend our two-day reprovisioning layover at the Grand Kaimana Hotel. Several of us venture out to run errands, including a top-up of my phone sim card – no small feat with my broken Indonesian. The deal ends with five of us in the outdoor phone kiosk, posing for a photo with the young salesman. “For Facebook,” he grins, with a thumbs-up.  We finish the morning with a successful search for Magnum ice cream bars and I’m left with the next day and a half to ponder how best to increase our chances of finding the fish. The answer ends up being fairly simple: I look up the original paper by Allen and Erdmann, and ask our cruise director, Wendy Brown, if there is any possibility of diving in any of the areas mentioned in the paper. Of course there is.

Note: the original paper describing Manonichthys jamali resides in the BHS Library. The document is password protected. To read the paper contact the BHS administrator for the password.

Just outside of Triton Bay, at the tip of Pulau Tumbatumba, we drop onto a shallow reef and within minutes, find enough Jamal’s Dottybacks for every photographer and fish watcher to have his own. There are also plenty of the Blackbar Chromis – the similarly patterned fish that the dottybacks are supposed to mimic. The dottybacks were often found with them, but not always. Allen and Erdmann also mention that the dottybacks are often found in association with sponges and we see several individuals swimming in and out of sponges. Back home, I read more and learn that the genus name, Manonichthys, is derived from the sponge-dwelling nature of these fishes.

It’s curious that the Blackbar Chromis, Chromis retrofasciata, has such a wide range, extending from Indonesia, through the Philippines to Fiji yet its dottyback mimic has this very narrow range. We say this all the time but it is so true, especially in the Bird’s Head: the more we learn the more we realize how little we know.

Anna DeLoach with her husband Ned and long-time friend Paul Humann are partners in New World Publications.  Their field guides (10 and counting) are the industry standard and are found at virtually every dive resort and on every liveaboard world-wide.  They are also the founders of REEF (Reef Environmental Education Foundation). Their dive travels are chronicled at Marine Life Blog.