by The Administrator with Mark Erdmann

What is a Citizen Scientist?
A Citizen Scientist is an individual who voluntarily contributes time, effort, and resources toward scientific research in collaboration with professional scientists or alone. These individuals don’t necessarily have a formal science background. 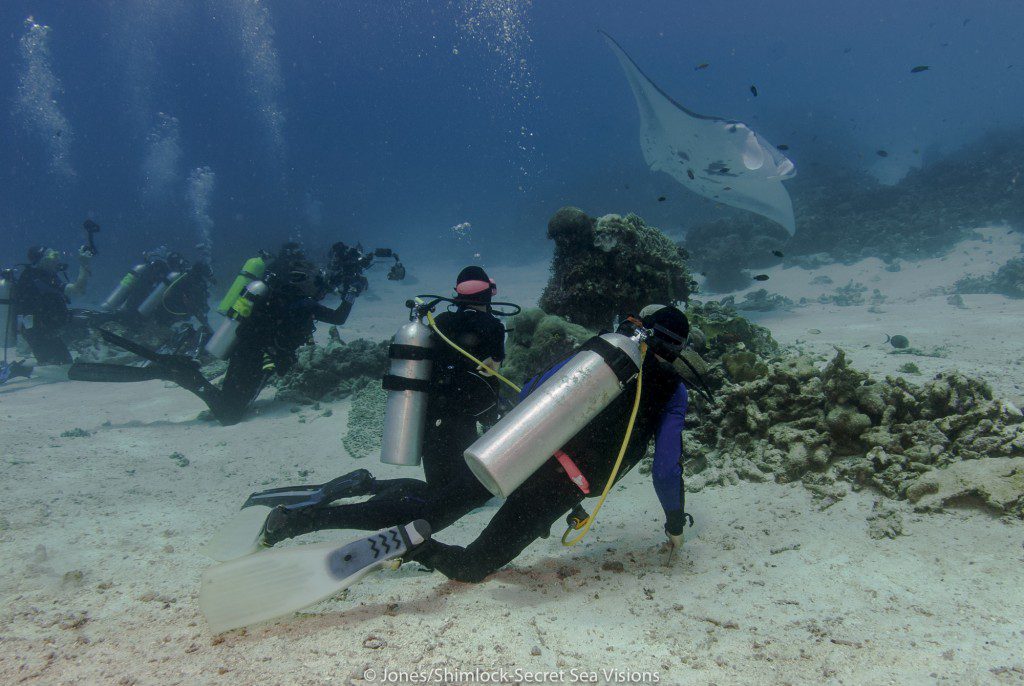 Divers positioned behind barrier so that 1. Mantas free access to their cleaning station and 2. Every diver has a chance to see and photograph them.

Why everyone who visits the Bird’s Head Seascape (BHS) should become one.
Unquestionably the BHS is beautiful; it also contains the most bio-diverse, intact coral reef systems on the planet. Divers rave about the reefs, and a trip to the BHS is on every diver’s “bucket list”. But with over 225,000 square kilometers of marine area (including 11 Marine Protected Areas, which cover over 36,000 square kilometers), the region is simply too large for NGOs, local organizations and the regional government to monitor adequately. Without your help, collecting data to support scientific and conservation issues is an overwhelming task.

Only a few people had traveled to Raja Ampat before 2002, when Conservation International and The Nature Conservancy completed their initial surveys of the region. Finding unprecedented numbers of marine species and amazingly habitats, these organizations began working on conservation plans. A network of of MPAs was established, and patrol teams empowered to enforce the rules. Word of the region’s marine riches spread beyond the scientific community, and soon intrepid divers began exploring Raja Ampat, Triton Bay and Cenderawasih Bay. Numerous travel articles and two guidebooks, “Diving Indonesia’s Raja Ampat” and “Diving Indonesia’s Bird’s Head Seascape” led to increasing numbers of marine tourists. In 2014 the website, www.birdsheadseascape.com, began promoting diving, photography, and tourism, while providing an internet platform for sharing and archiving all the scientific data being produced in the Bird’s Head, as well as reporting scientific, conservation, and regional news. 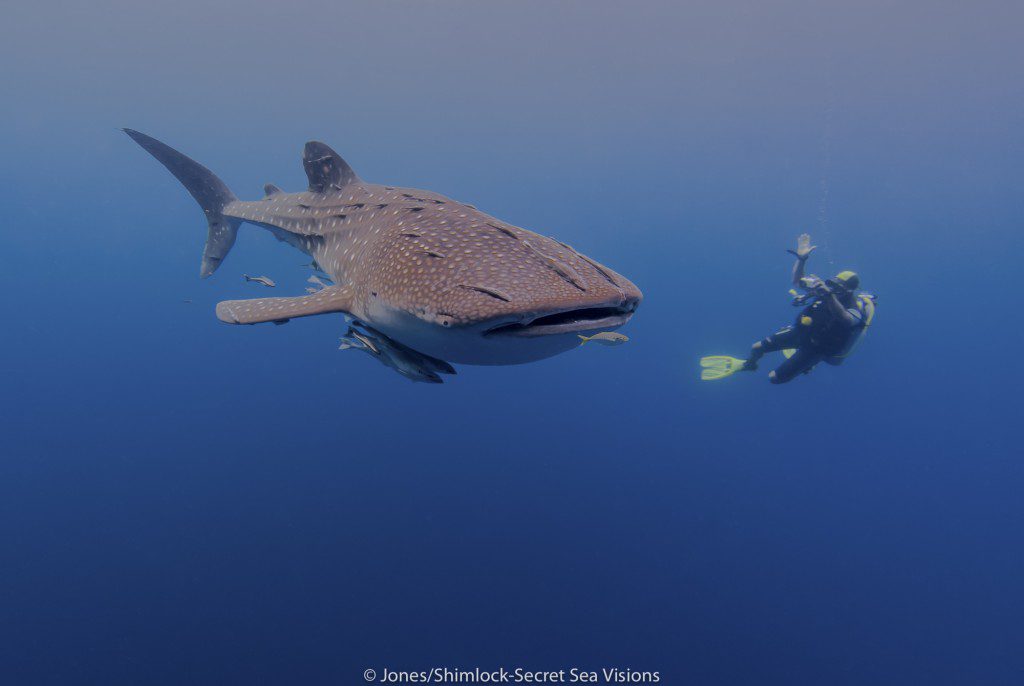 Diver photographing whale shark for inclusion in the data base. 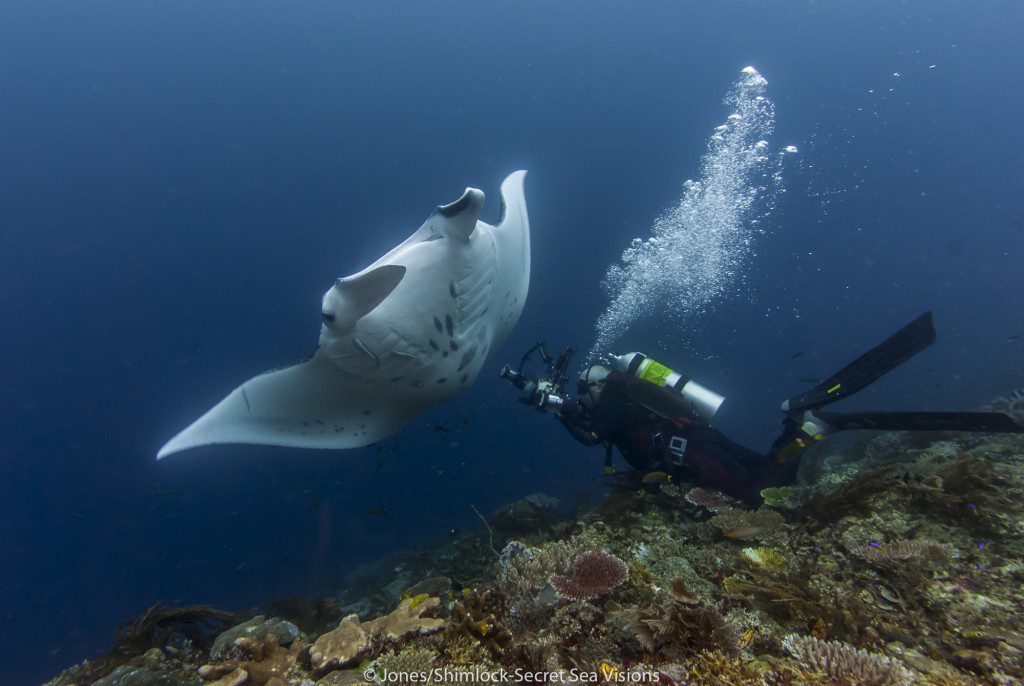 Diver photographing manta from the perfect position for an ID image.

In the past year, the BHS site has added new features that enable a traveler to become part of the conservation action in the Bird’s Head. You can become a Citizen Scientist by uploading your images into the site’s Manta Ray and Whale Shark photo ID databases. This is not about “selfies”, or “sharing”, this is about actively engaging in real science and conservation. In order to protect these creatures, scientists need to know the movement of these animals, their health, and their numbers. Unfortunately, scientists cannot to be in the field every day, but divers can. By regularly contributing to these databases, you help us dramatically expand our knowledge of the populations of these charismatic giants in the Bird’s Head – which in turn will help us better design management actions to ensure their continued well-being. 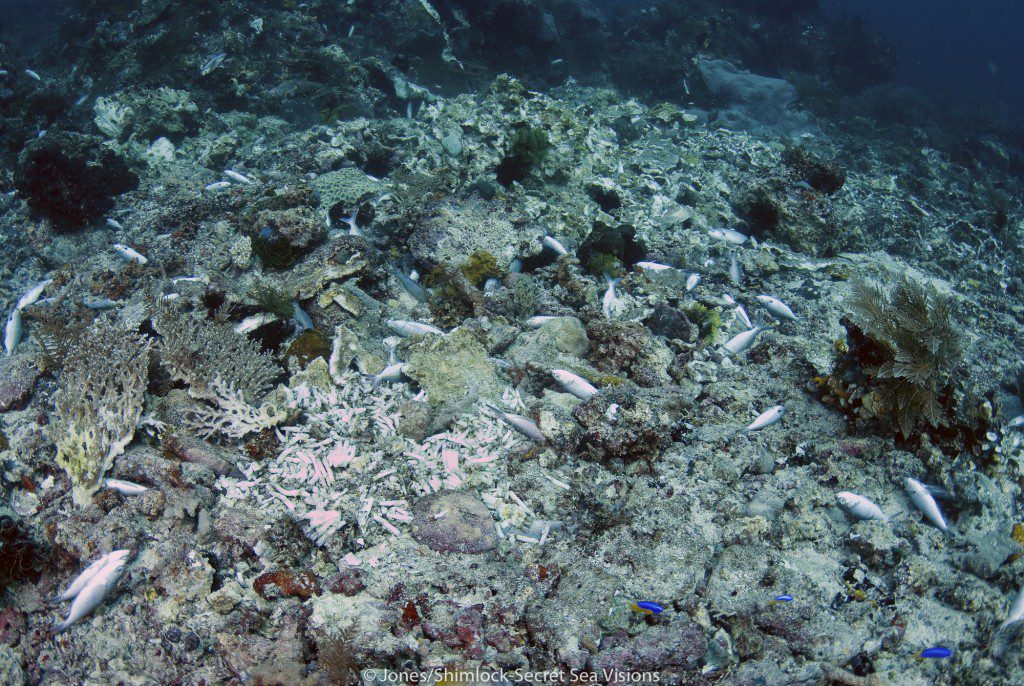 The results of fishing bombing. Report to RAEW!

Additionally the Raja Ampat Environmental Watch (RAEW) is designed so that visitors can report an incident such as fish bombing, garbage dumping, or harassment of marine life. By reporting incidents through the app, tourists become virtual patrol team members. Positive encounters, a sighting of unusual marine life or reef & fisheries recovery, are also encouraged.

By becoming involved and using these databases, you, the Citizen Scientist, take an active role in in ensuring the wellbeing of this unparalleled region. Without your involvement your visit is only about you; if you participate, everyone and everything, especially the environment you love, benefits.

The Administrator has spent a bit of time in Indonesia and the BHS as well!