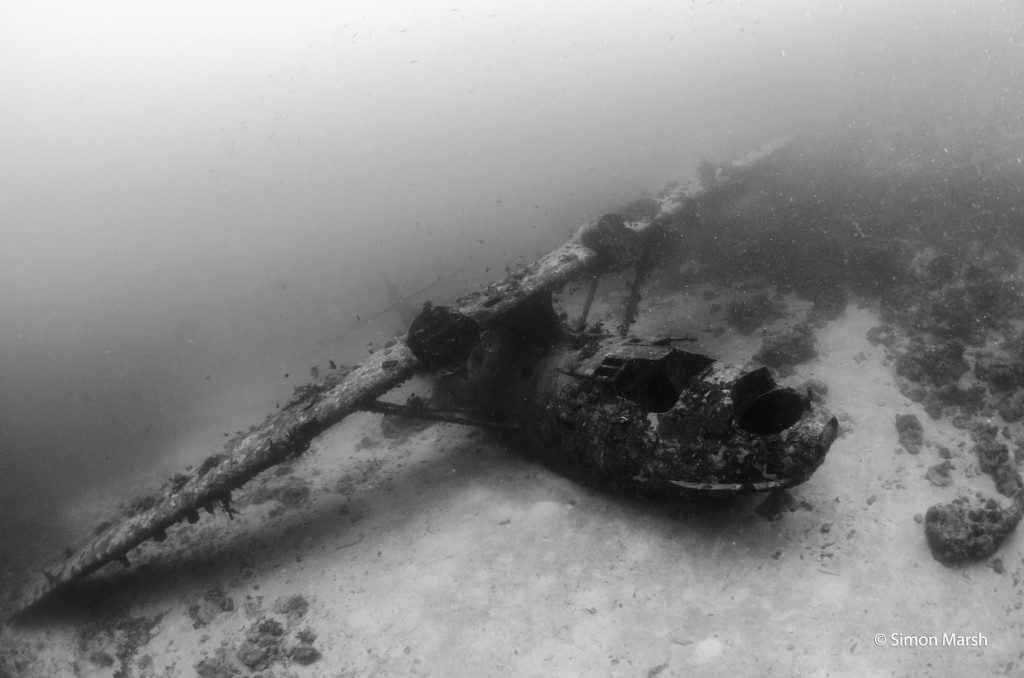 Much evidence remains of Cenderawasih Bay’s role as a hotly contested theatre of operations during World War II.  Between 1941 and 1944 American and Japanese troops completed hundreds of reconnaissance flights and fought land, air and sea battles around the bay. Several of the region’s best dives take place over artificial reefs formed by the wreckage of air and sea craft, which have been submerged for more than 70 years. 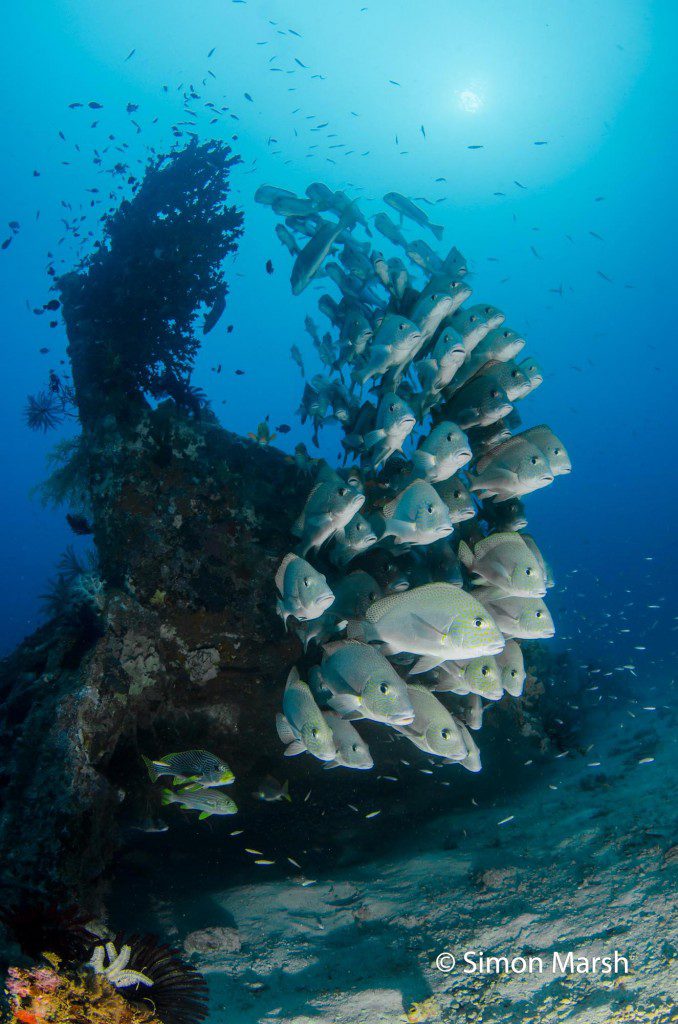 Schooling Grunts at THE JUNKYARD off Pulau Dua 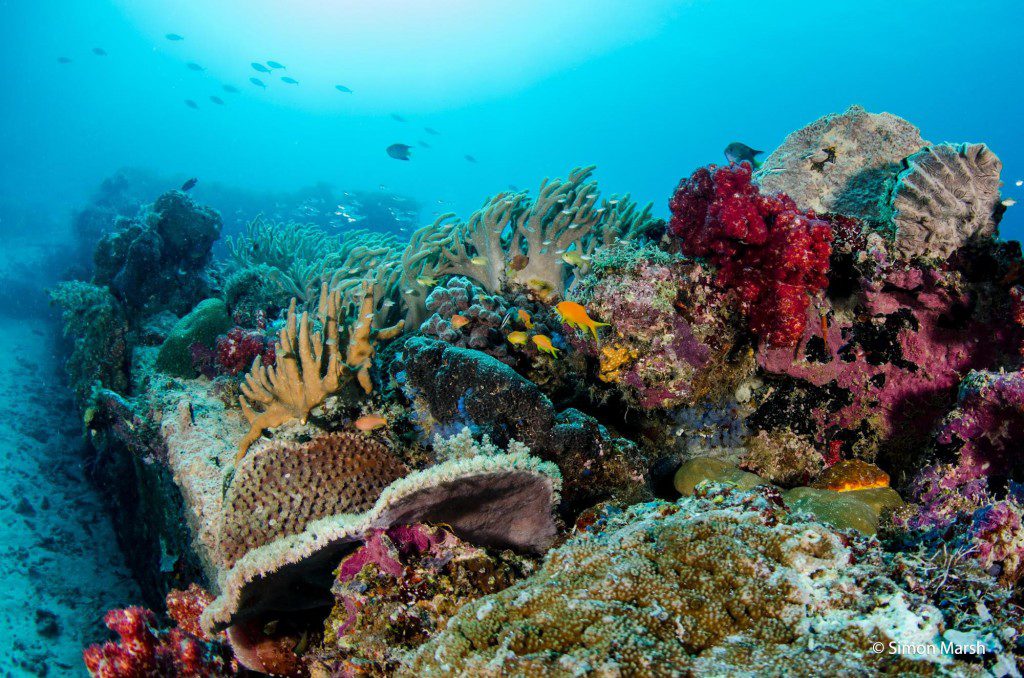 At the northern, outer edge of Cenderawasih Bay lies the large, tranquil island of Biak. Its peaceful outward appearance belies its violent history. In May and June 1944 over 22,000 men fought the “Battle of Biak”, a huge American assault against occupying Japanese forces. The U.S. victory became a major turning point in the Pacific war. Tourists flying into or out of Biak for a Cenderawasih dive trip can view a bit of the history of this battle by visiting the Japanese Caves and the War Memorial on a half day land tour around the island. Biak’s signature dive is a drift over a stunning PBY aircraft, a Catalina Flying Boat, possibly used for air or sea rescues throughout the war. This large, intact American aircraft is lying in the sand, upright and proud, as if waiting for its pilot and crew to return and take it into the air once again. 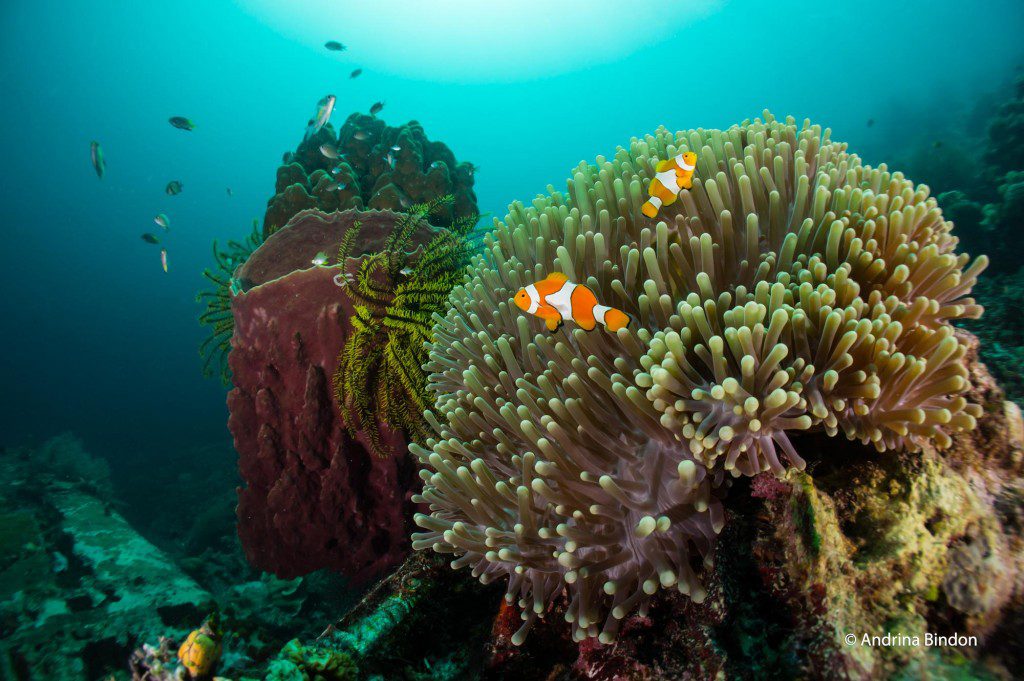 Divers beginning or ending their trip in Manokwari have the opportunity to dive sunken ships within the bay. While it is rumored that more than 20 Japanese wrecks are scattered about the provincial capital’s bay, GPS positions are known for only a very few. The regularly dived victims of MacArthur’s devastating campaign include the Shinwa Maru,  a 120 meter-long Japanese freighter lying on its port side in 35 meters and a highly decorated coastal patrol vessel, the Cross Wreck, sitting upright on a white sand bottom at 20 meters. 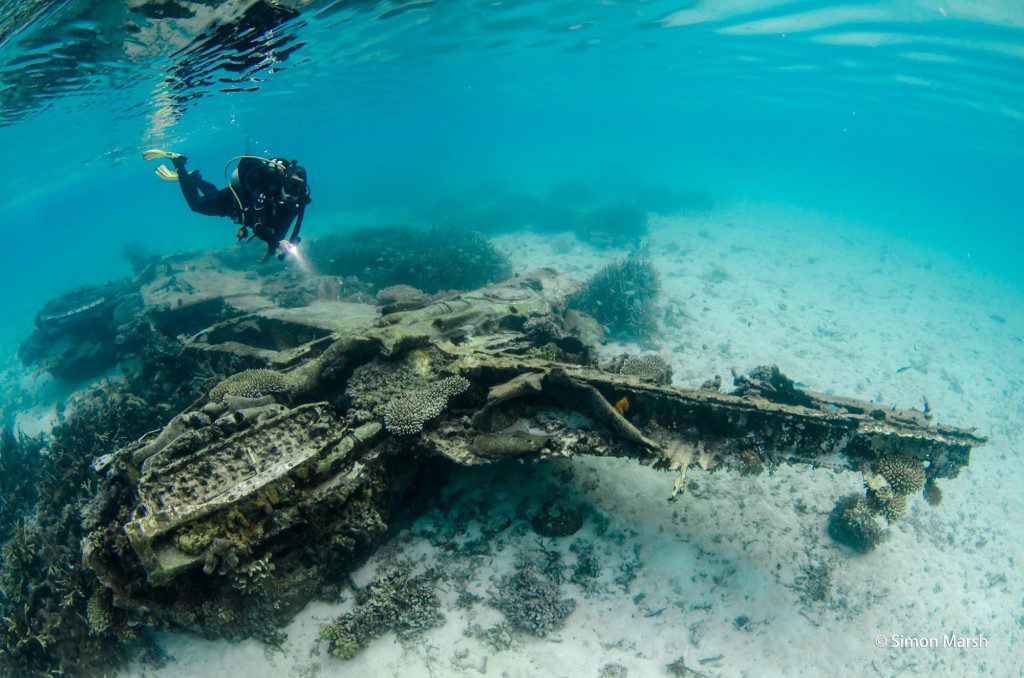 Cenderawasih Bay’s notable wrecks and artificial reefs symbolize both a connection to the region’s past and memorable places for tourists, where they can experience the significant role this region played in world events. 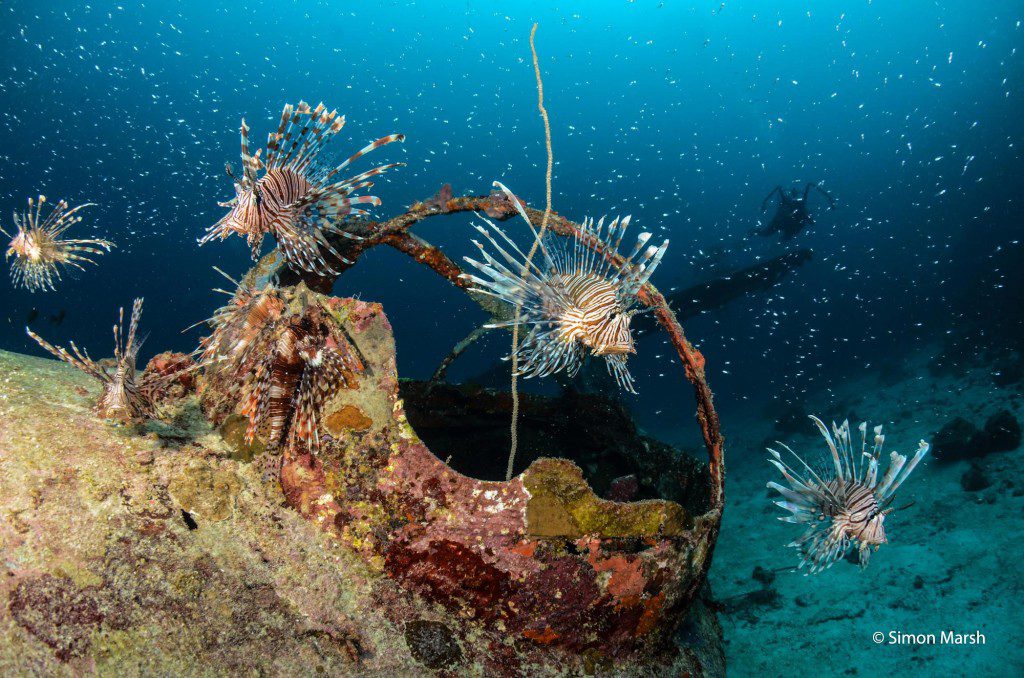