Today, the StAR (Stegostoma tigrinum Augmentation and Recovery) Project, a world-first rewilding project to reestablish healthy and resilient populations of zebra sharks (also known as the Indo-Pacific leopard shark) within their known historic ranges, was launched in Raja Ampat.

“The StAR Project is expected to have a domino effect. From an ecological perspective, the StAR Project is expected to increase the population of zebra sharks in West Papua waters, especially Raja Ampat, which will attract more tourists to the area. Of course, this will have an impact on improving the economy of our people and regions involved in the tourism sector,” said the Acting Mayor of Sorong, George Yarangga, A.Pi., MM., who represented the Acting Governor of West Papua, Komjen Pol (Purn.) Drs. Paulus Waterpauw, M.Sc. 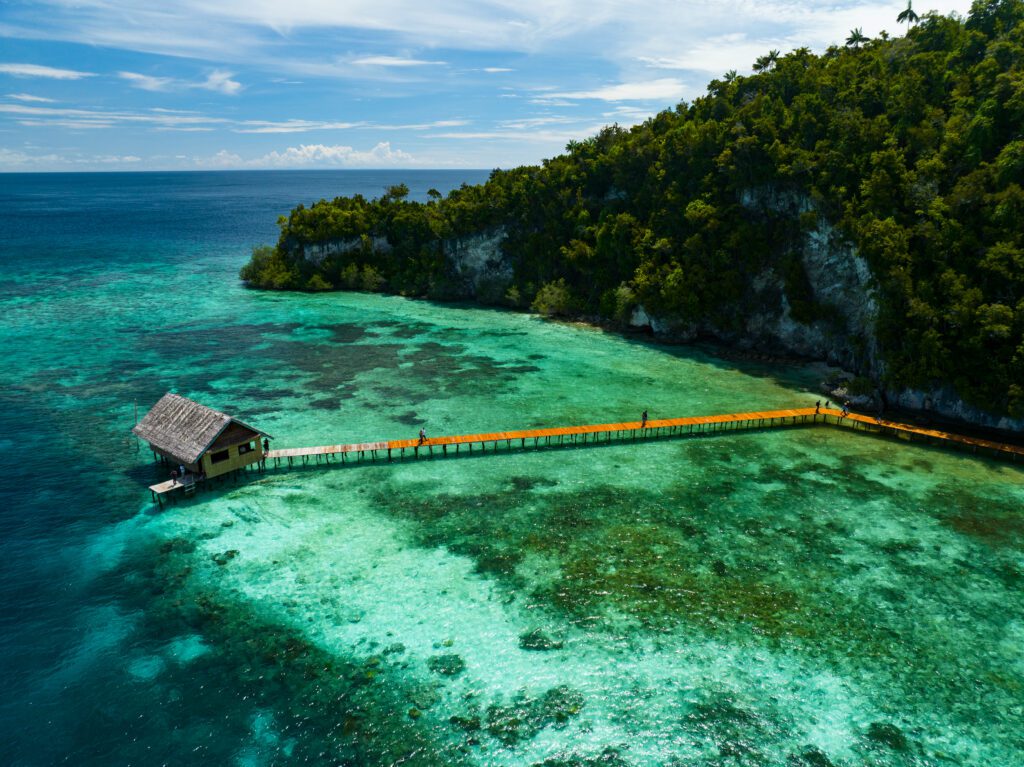 Present at the launch, Ir. Pingkan Katharina Roeroe, M.Si, Coordinator of the Fish Species Protection and Preservation Group, Directorate of Conservation and Marine Biodiversity, Ministry of Marine Affairs and Fisheries, stated, “The Government of Indonesia is very concerned about the survival of shark species, including the zebra shark, and will continue to strengthen its protection from a policy perspective.”

Dr. Mark Erdmann, Vice President of Conservation International Asia-Pacific’s Marine Programs, noted: “StAR is the world’s first endangered shark rewilding program, and the first time that sharks bred in aquaria have been translocated internationally to support their recovery in the wild. We are thrilled to support our Indonesian partners in this significant international collaboration dedicated to bringing zebra sharks home and restoring a viable population in West Papua for generations to come.”

Attended by government officials and StAR partners, including MPA managers, conservation organizations and academic institutions, the event was also well-received by local communities, who anticipate the program will generate local economic benefits due to the strong interest of the marine ecotourism sector in the charismatic zebra sharks.

“Local leadership and international collaboration have been key to the success of the StAR project to date. In less than three years, the global coalition has grown to over 70 partners in 13 countries,” said Dr. Erin Meyer, Chair of the StAR Project Steering Committee, at the launch event. “Together through the StAR Project we are “resharking” the ocean, and we’ve only just begun—we will expand to other species and other regions, bearing in mind there are nearly 400 species of sharks and rays threatened with extinction and time is running short.”

Based upon historical abundances of zebra sharks and assuming high survivorship, the project anticipates releasing 200-300 individuals to restore the Raja Ampat population to a self-sustaining level within six to 10 years. Raja Ampat was selected due to its globally-acclaimed conservation success as SE Asia’s first shark and ray sanctuary, bolstered by a healthy and well-managed network of nine marine protected areas (MPAs). 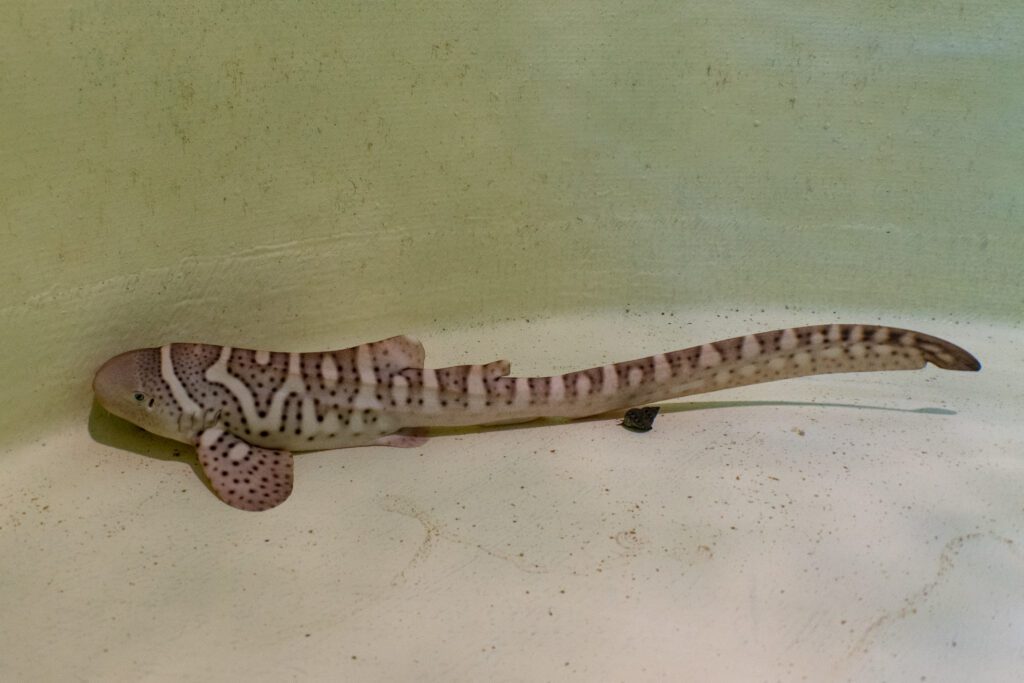 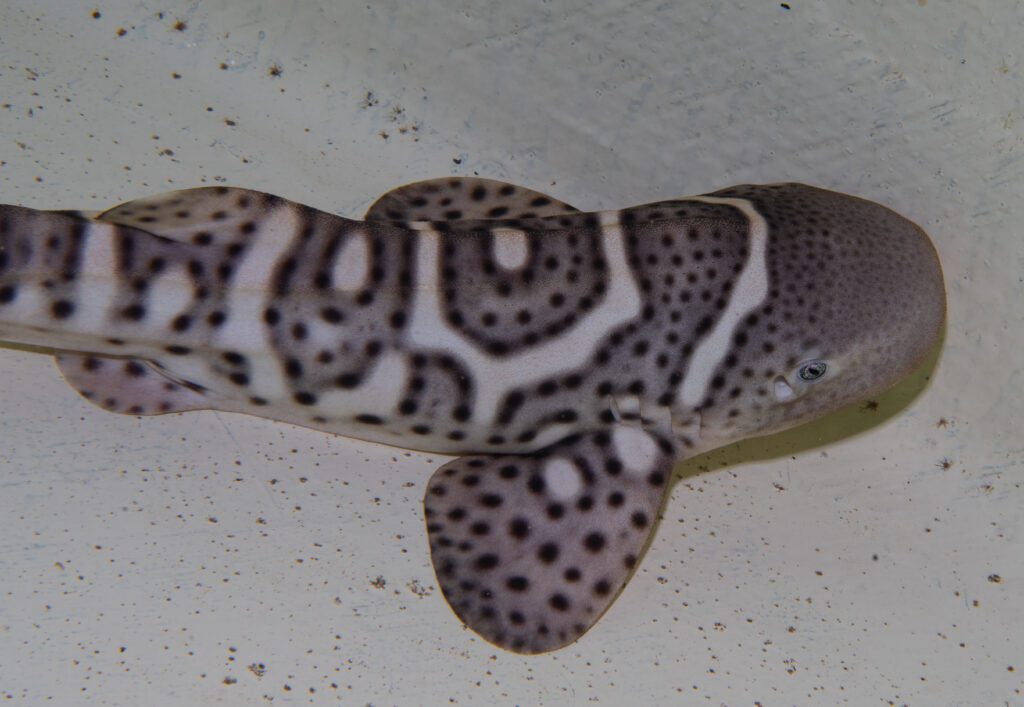 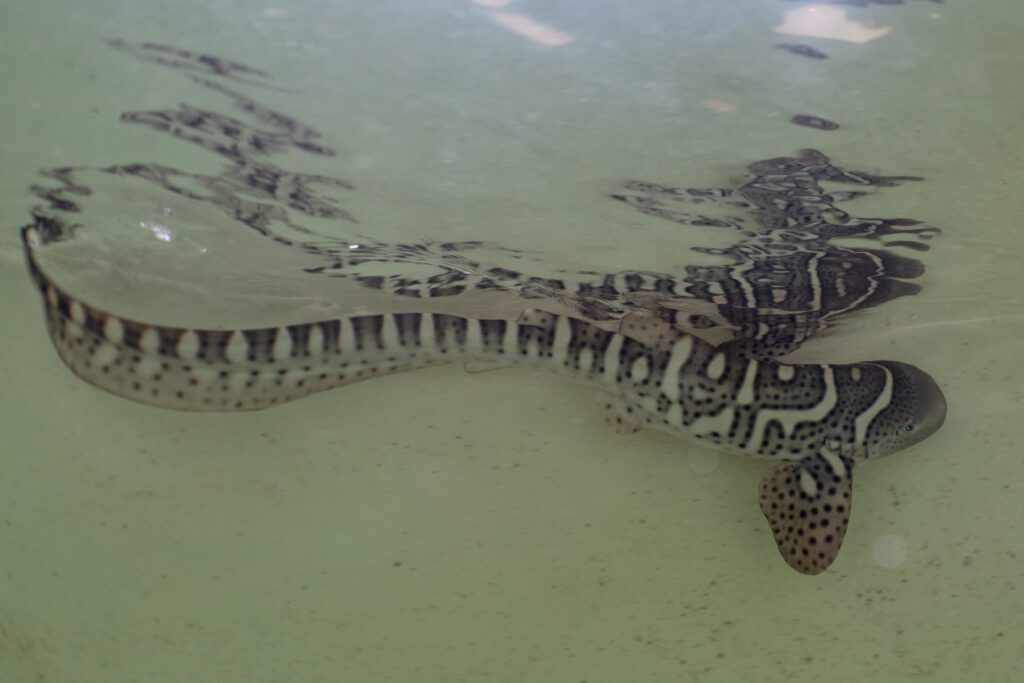 Dr. Fahmi, Researcher from the Oceanography Research Center, BRIN, explained, “The StAR team has carefully sourced genetically appropriate, captive-bred shark eggs from our partner aquariums in strict accordance with IUCN guidelines for conservation translocations. The model of this world-first rewilding program is to then ship the eggs to custom-built hatcheries in Raja Ampat, where juveniles can be head-started. When the pups are deemed ready, they will be released into two strictly enforced no-take zones where they will be monitored closely to track their growth and movements.”

This was confirmed by Dr. Ing. Wiwiek Joelijani, MT from the Regional Research and Innovation Sector, the National Research and Innovation Agency (BRIN) who was present at the launch, “BRIN really supports the development of science-based policies. What is being developed through the StAR Project is an embodiment of that concept. From the results of research for conservation purposes, it is hoped that it will be able to maintain biodiversity and can further support tourism development, which will lead to an increase in the local population’s welfare. This is a science-based development policy model.”

Meanwhile, Senior Vice President & Executive Chair of Konservasi Indonesia, Meizani Irmadhiany, stated, “The recovery of this charismatic species, which is categorized as endangered on the IUCN Red List, requires collaboration of multiple stakeholders, not only at the regional level, but also at national and international levels as well. This is exactly what the StAR Project is about. A dead zebra shark’s value is approximately 2 million IDR (125.00 USD), derived from its dried fins. But if we conserve the same animal (which will live up to 30 years or more), and utilize it for ecotourism, it is worth far more and those benefits accrue to many instead of just a few.”

The launch event was followed by a site visit to the Raja Ampat Research and Conservation Centre (RARCC), where the first hatchery was built by workers from the local community. The event’s attendees also had the opportunity to witness first-hand the three juvenile sharks that were hatched at RARCC in mid-September and are due for release in early 2023. 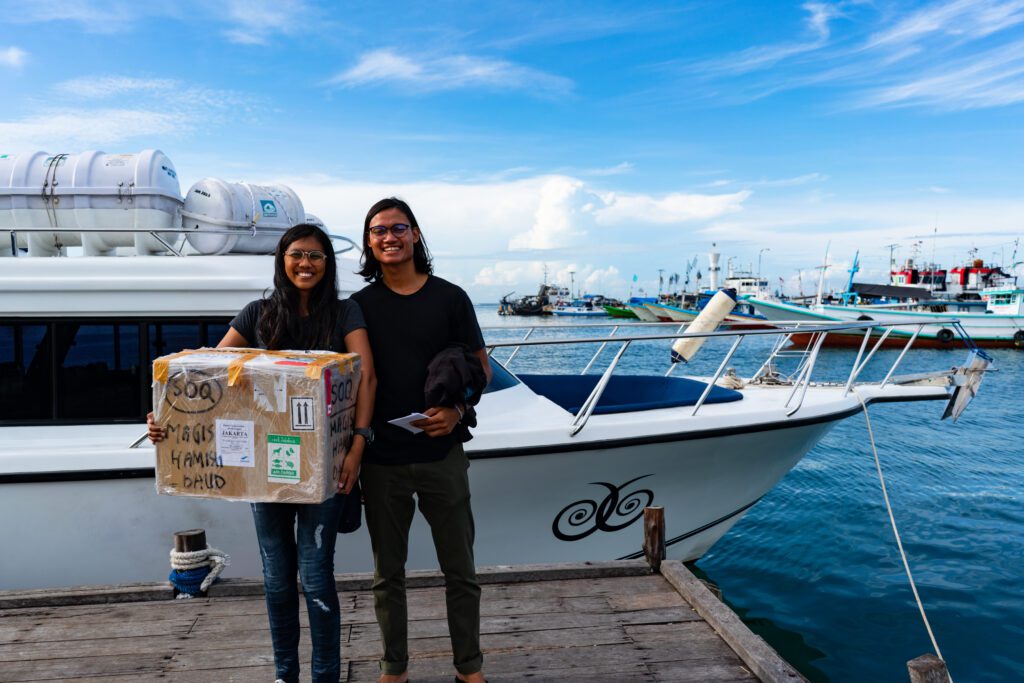 “Right now, our local aquarists caring for the zebra sharks (aka “shark nannies”) from the StAR Project are implementing an innovative process of feeding and adapting these young sharks so they are healthy and ready to be released into the flourishing waters of Raja Ampat. This is just the beginning; the climactic moment will be when we release the first individual sharks back into the waters of Raja Ampat, where we expect these charismatic and beautiful animals will survive independently and thus begin the process of population recovery in Indonesian waters,” said Prof. Heatubun.

Furthermore, the Head of BRIDA for West Papua Province stated, “the reason we decided this project should be carried out in Raja Ampat is simple: while zebra sharks were once widespread and abundant in Raja Ampat waters, they were severely overfished in the 1990’s and early 2000’s. Although Raja Ampat is now both a shark and ray sanctuary and has a network of 9 marine protected areas that are well-managed, zebra sharks are not recovering in the way we are seeing reef sharks and manta rays come back. The StAR project will allow us to give Mother Nature a hand, speeding up the population recovery process in a way and ensuring healthy genetic diversity. This is a shared responsibility, especially for us as a government organization engaged in research and innovation, therefore it is our duty to encourage StAR be carried out properly. This project also shows the commitment of the Provincial Government of West Papua in supporting sustainable development. Our common goal is creating a decent world to live in”.

Furthermore, Prof. Heatubun said, “Saving this iconic species in the waters of Raja Ampat, is very important because the StAR project can become a “win-win”; not only for conservation and science but it will have a strong economic impact on the local communities through the development of sustainable world-class tourism.”

“We, from the regional government, will of course lead this project together with existing partners such as Thrive Conservation, Konservasi Indonesia, Conservation International and the ReShark Consortium, which is a combination of universities and research institutions that focus on shark conservation around the world,” closed Prof. Heatubun.

West Papua’s Research and Innovation Agency (previously named Research and Development Agency) is one of the province’s agencies established based on the West Papua’s Regulation No. 4 of the Year 2022 on the Second Amendment of Regulation No. 7 of the Year 2016 on Establishment and Structure of the Region’s Agencies. The said agency implements the government’s interests in research and development that covers research, development, assessment, implementation, and invention integral to the West Papua Province.

Zebra sharks (Stegostoma tigrinum) are listed as EN endangered under the International Union for the Conservation of Nature (IUCN) Red List. Raja Ampat’s development of a network of nine well-enforced marine protected areas (MPAs) has allowed for the recovery of its reef shark and manta ray populations over the past decade. Unfortunately, zebra sharks have shown no signs of population recovery in Raja Ampat during this time, likely because targeted hunting in the 1990s and early 2000s reduced the population to such an extent that there are insufficient numbers of breeding adults remaining to recover the population at this time. A Population Viability Analysis of the Raja Ampat zebra shark population, conducted in collaboration with the IUCN’s Conservation Planning Specialist Group, has suggested that conservation translocations to significantly augment zebra shark numbers are necessary to ensure recovery of this population within the next two decades.

About the StAR Project

Led and supported by the West Papua Provincial Government, the StAR Project, powered by ReShark, aims to re-establish a healthy, resilient, and self-sustaining population of zebra sharks in its known historic range. The project was built upon global and national collaborations between multiple partners to ensure the recovery and protection of the zebra shark, with the best interest of benefiting the Indonesian people. Through expert consultation on the breeding success of zebra sharks in captivity, husbandry and care expertise from accredited aquariums, as well as extensive genetic testing, genetically appropriate broodstock from various international aquariums are now intentionally bred for the StAR Project. Learn more here: https://www.reshark.org/project-star

The StAR project is coordinated and powered by ReShark, an international conservation initiative dedicated to the recovery of depleted shark and ray populations at a global scale. Comprising a collective of over 70 partners, from government agencies, large public aquaria, conservation organisations, and academic institutions, ReShark is dedicated to the recovery of threatened Elasmobranch (shark and ray) species around the world through a combination of carefully designed conservation translocation programs and targeted species recovery efforts. Restoring keystone species to their known historic ranges is key to ensuring healthy and balanced marine ecosystems, and is the primary motivation of the ReShark initiative.