Jakarta, Indonesia (January 20, 2020) – Today, a new paper from Conservation International, the University of Queensland, the Indonesian Institute of Sciences, the Australian CSIRO and the University of Florida, published in the journal Marine and Freshwater Research, confirms walking sharks are the most recently evolved shark species on Earth. The findings contradict long-held perceptions that sharks, which are among the world’s most ancient animals, are slow to evolve. 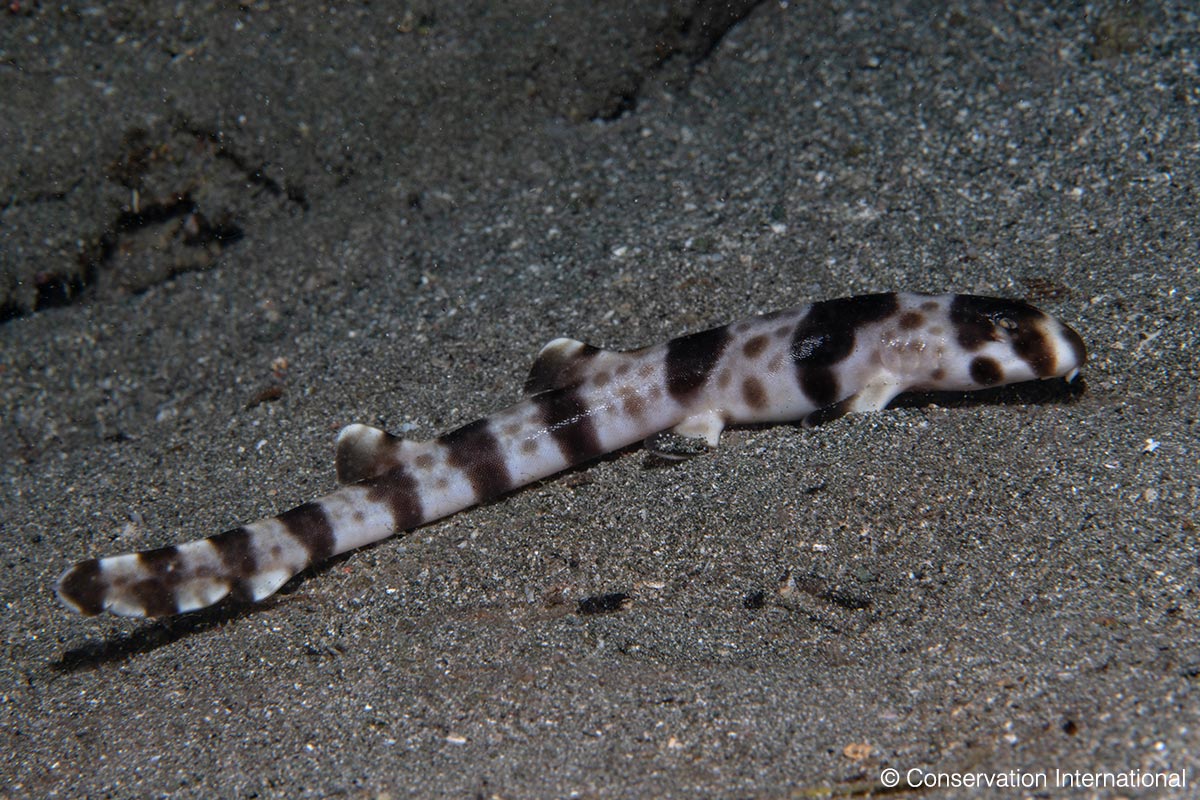 “We found the sharks, which use their fins to ‘walk’ around shallow reefs, only split off evolutionarily from their nearest common ancestor about 9 million years ago, and have been actively radiating into a complex of at least nine walking sharks ever since,” said Dr. Mark Erdmann, Conservation International Vice President of Asia-Pacific Marine programs and coauthor of the paper. “That may seem like a long time ago, but sharks have ruled the oceans for more than 400 million years. This discovery proves that modern sharks have remarkable evolutionary staying power and the ability to adapt to environmental changes.”

“Using the DNA of these sharks, we were able to estimate when the sharks evolved as well as investigate the processes leading to speciation. We found that changes in sea levels, new reef and land formations and movements of the sharks all played a role,” said the paper’s lead author, Dr. Christine Dudgeon, a research fellow at the School of Biomedical Sciences at the University of Queensland. “This information is important not just for walking sharks but for understanding how species have evolved in this region of highest tropical marine biodiversity globally.” 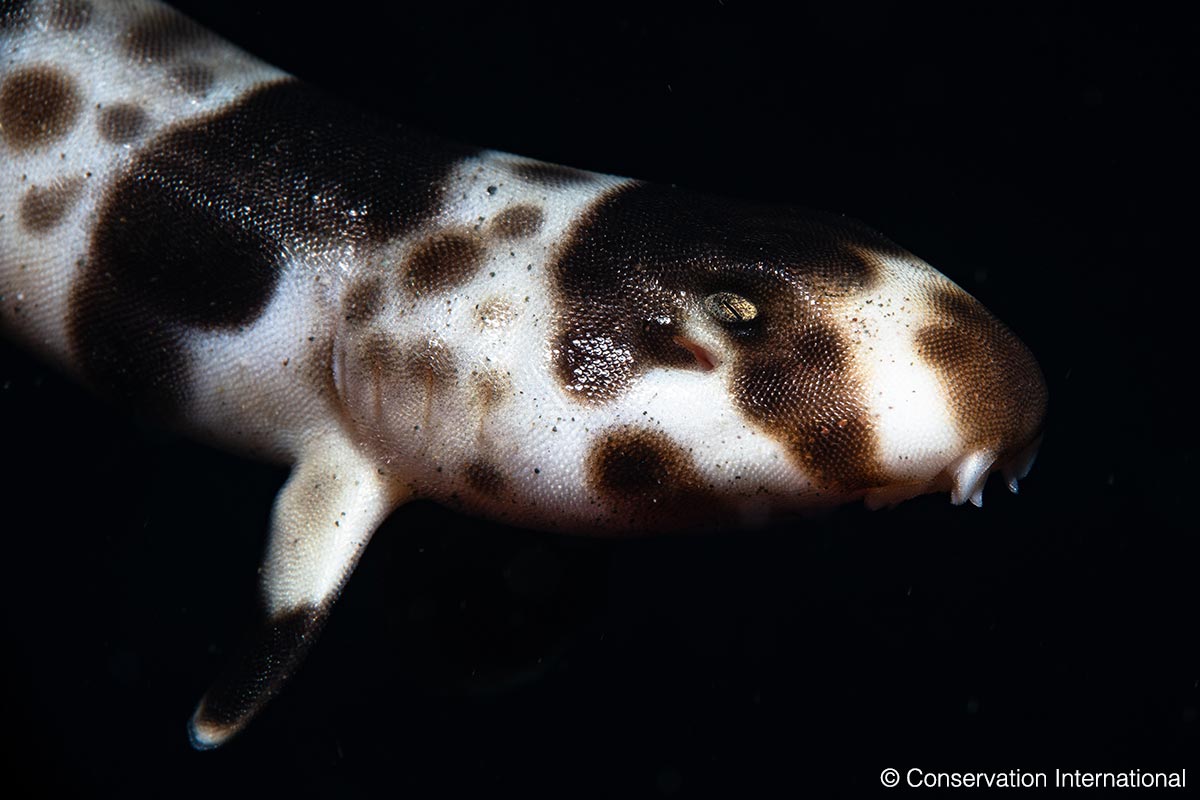 “The walking sharks in the genus Hemiscyllium represent the most recent radiation of sharks, which are likely still differentiating in western New Guinea. These sharks provide a rare and exciting opportunity for us to see ‘evolution in action’ in a group whose origins predate dinosaurs by 200 million years,” said Gavin Naylor, director of the Florida Program for Shark Research at the Florida Museum of Natural History and coauthor on the paper.

A 2016 review of the walking shark genus by Conservation International and partners found the nine known species of walking shark to be mainly concentrated in a ring around Northern Australia, the island of New Guinea and the satellite islands of Raja Ampat, Aru and Halmahera in eastern Indonesia. Due to their small, isolated habitat ranges, the sharks face extreme vulnerability to localized threats, including habitat degradation and overfishing. 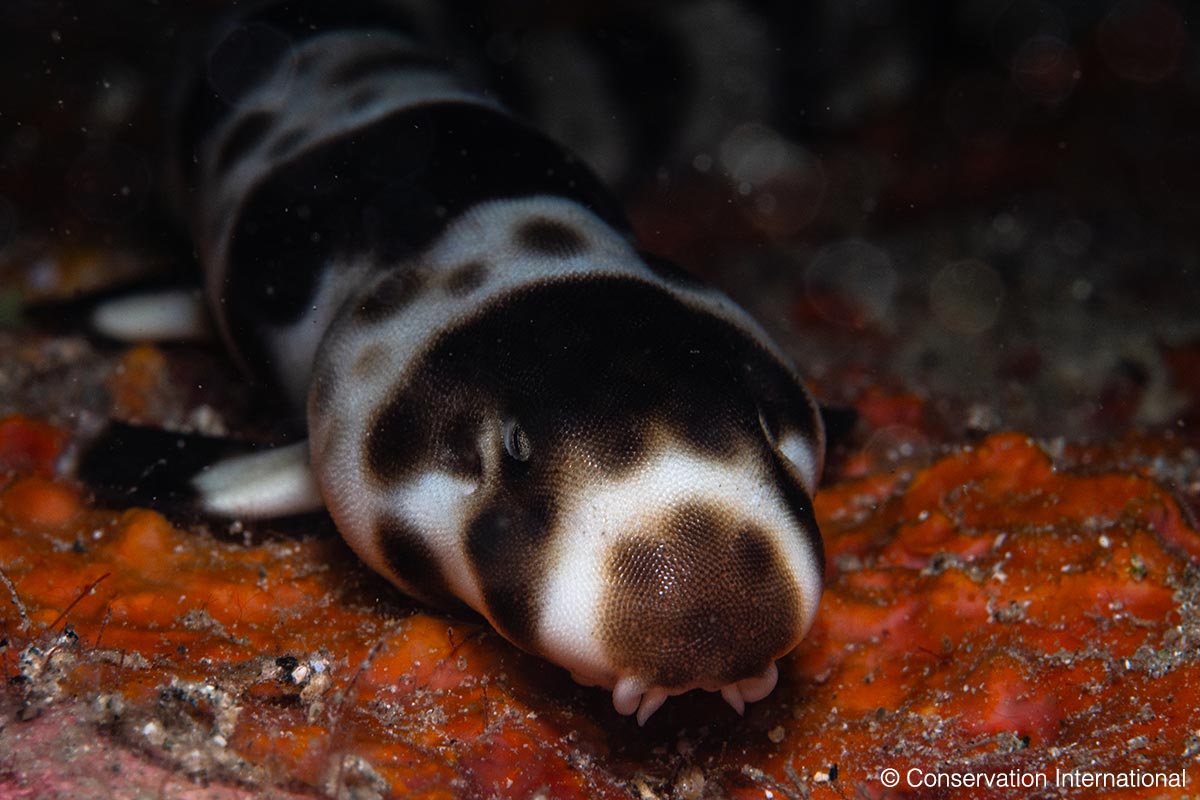 The new findings renew hope that more walking shark species, also called bamboo sharks, will be added to the International Union for Conservation of Nature Red List. To date, only three of the nine known species are included because of previously unavailable data.

“A global recognition of the need to protect walking sharks will help ensure they thrive providing benefits for marine ecosystems and to local communities through the sharks’ value as tourism assets. It’s essential that local communities, governments, and the international public continue working to establish marine protected areas to help ensure our ocean’s biodiversity continues to flourish,” said Erdmann. 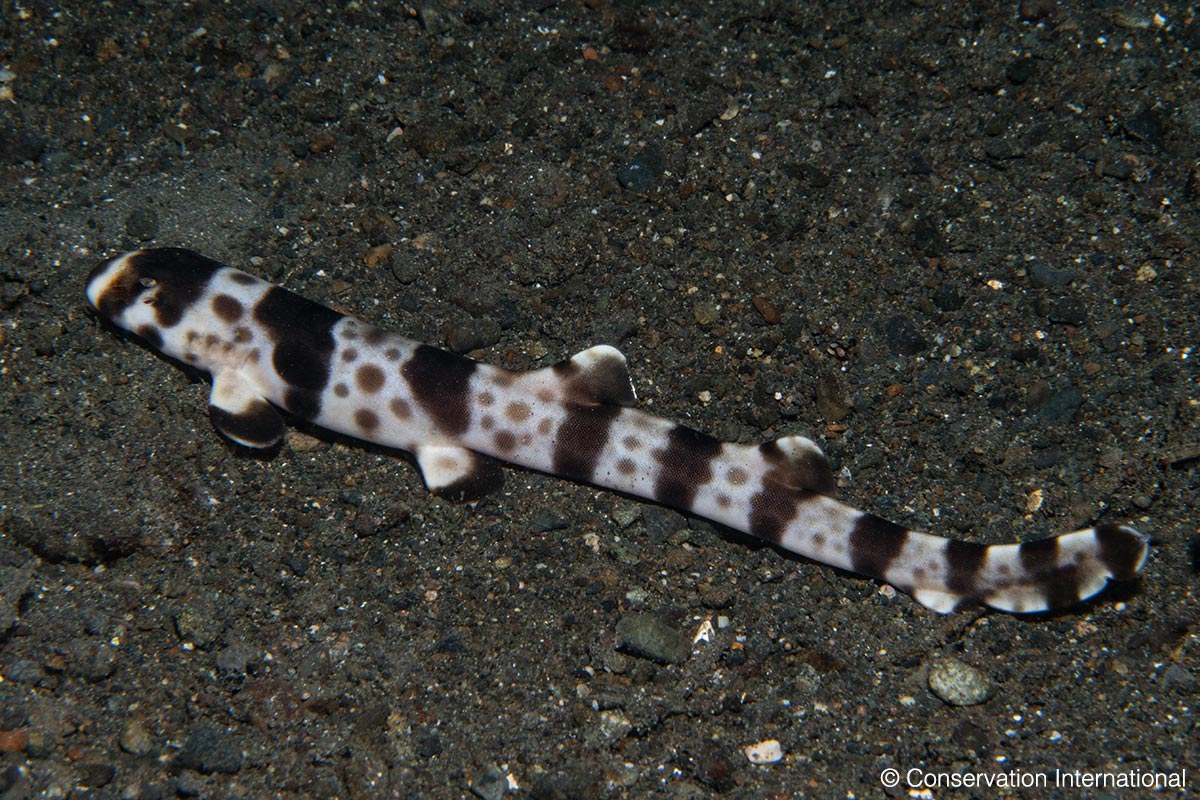 “The information from this research is very important for Indonesia, and confirms that our marine biodiversity is quite unparalleled. This is an important stepping stone in better understanding these unique creatures, and this will pave the way for Indonesian scientists, from the Government, Universities, and civil society to study our endemic walking shark species.” –  Andi Rusandi, Director of Marine Biodiversity Conservation at Indonesia’s Ministry of Marine Affairs and Fisheries (MMAF).

“It’s our hope that all of our walking sharks are officially protected in Indonesia soon. And we can’t stop there. We need to ensure these animals and the world-renowned coral reef habitats that they inhabit remain pristine so they can continue to attract tourists and support local wellbeing. “To do this, we need conservation management plans that consider the entire connected ecosystem from high on the island’s ridge to all nature in succession down to the reef, as well as recognizing the benefits these natural resources provide to all stakeholders. It is only through this ridge-to-reef approach that we can truly secure the nature on which our people depend.” –  Victor Nikijuluw, Senior Director of Conservation International Indonesia’s Marine Program.