This environmental program was born at the same time as the environmental awareness story book for kids called Ocean Warrior was published. The story is about two siblings from Raja Ampat who experience for themselves the negative effects of marine debris on marine animals and nature. In the end, they save the marine animals and have the initiative to do beach clean-ups. This book really relates to what Child Aid Papua wants to do with the children of Raja Ampat; creating environmental awareness especially on marine debris issues. This is why we also called the program “Ocean Warrior”.

In Raja Ampat, waste issues happen because of the development coming to the region, and the lack of knowledge and understanding about it. And for the community, it’s all about the creating good daily habits. They used to just throw away their trash anywhere because they didn’t know the differences between the organic and non-organic.  For them, if they couldn’t see the waste any longer – because it’s washed away by the ocean – it meant their area was already clean. The Ocean Warrior program tries to create new understanding and develop good habits for community through education and real action. 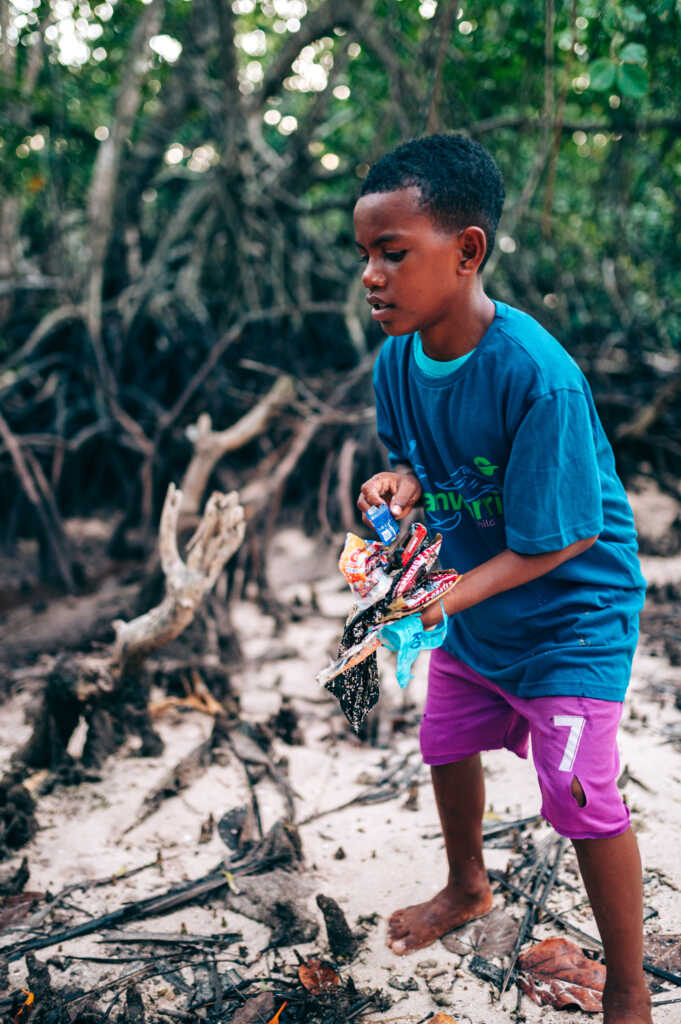 At the first Ocean Warrior class, we asked the kids to read the book as a group and then discuss it together. We tried to relate the situation in the book to their daily lives. There are also lessons through presentations that relate to waste issues; to show them the effects of waste around the world. Also, we held “Ocean Warrior Assembly” where the kids discussed their own ideas on what positive action they want to implement in their daily life. They signed an “Act” and promised to commit to nature-friendly actions such as; always picking up trash whenever they see it and putting it in the bin, not using plastic bags anymore, and to spread and create environmental awareness in their surroundings. This Act works really well because the kids are so serious about making a promise; they will always try their best to keep it!

Every Ocean Warrior has their own stamp book so whenever they do something good for nature, they deserve to get one stamp. The exciting reward is, after they get 10 stamps, they have the chance to go and do another clean-up on another island! Funny to think why it makes them so happy to have another clean-up as a reward, but from their point-of-view, it is a precious reward because most of them don’t really have chance to go out from their own village. 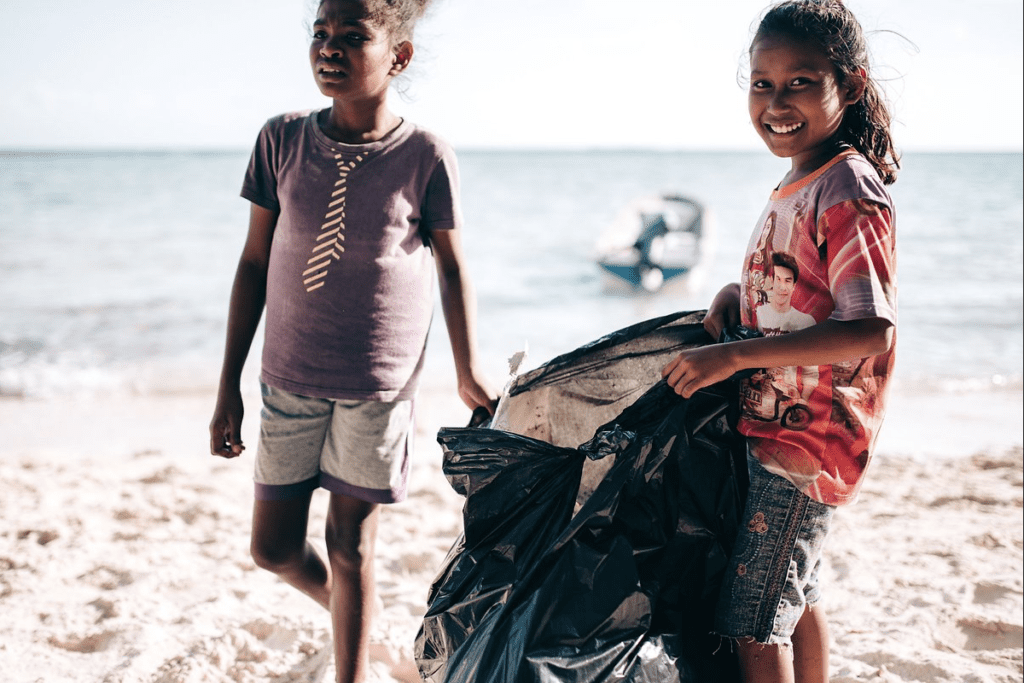 The children love being a part of the action. ©Child Aid Papua

This program also strives to encourage the children to be independent in doing clean-up. Gladly nowadays, these kids are able to conduct the clean-up by themselves – they do it either in groups or alone. Every Tuesday, they can bring their trash to the Education Center and we help them to separate it into the recyclable and non-recyclable waste. In the end, we give the recyclable ones to Bank Sampah in Waisai and the non-recyclable ones to Saonek Community for their paving block project.

This program already showed positive feedback; initially some parents were confused why their children come back from the shop without plastic bag, shop owners questioned why they don’t want to take a plastic straw and tourists are amazed to see the kids going around the village with their trash bags. 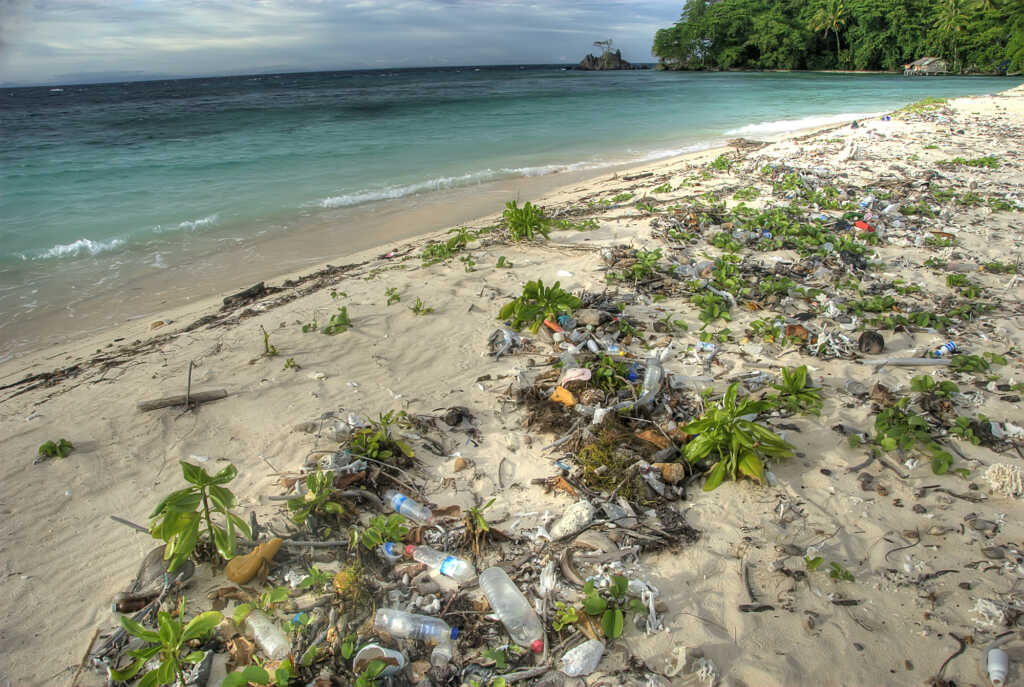 The GOAL of Ocean Warrior is to never let this happen in Raja Ampat! ©Jones/Shimlock-Secret Sea Visions

There are still more steps to take but surely these small acts matter for the community, marine creatures and of course, Mother Nature. 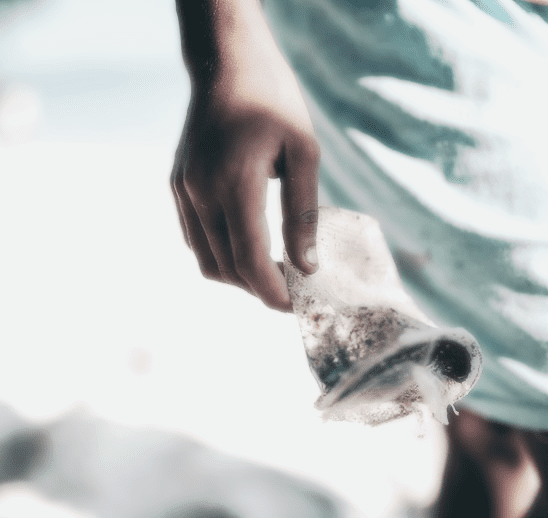 Maya Puspa Dewi, is the Indonesian Director of the Child Aid Papua or, as it is known in Indonesia, Yayasan Cahaya Anak Papua.