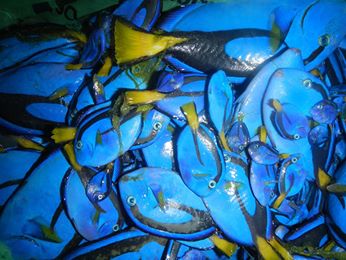 Police and Community Patrol Team in Catch Illegal Ornamental Fish CollectorsIn early June 2014, A community patrol team along with Chief of the Regional Water Conservation District, Ayau Asia, Ricky Fiay and accompanied by law enforcement from the Ayau Islands, detained and arrested illegal fishermen operating in the waters around Reni Island, District Ayau Islands, Raja Ampat, who were collecting ornamental fish for the aquarium trade. Reports from Reni village communities and Rutum sparked the investigation and subsequent arrests. KKPD Ayau Asia is part of the Network of Protected Areas in Raja Ampat, West Papua. The area is part of an extensive reef system and has been noted as the largest grouper producing region in eastern Indonesia.  Before Ayau Asia became part of a Marine Protected Area within Raja Ampat it was a preferred collecting region for the live fish trade destined for Hong Kong. Because of the area’s remoteness, both foreignand Indonesian vessels fished illegally, often without proper operating licenses. The success of Community Patrol team is fully supported by the local government of Raja Ampat through the Department of Marine Fisheries, Conservation International, the police and the Naval Post of the Ayau Islands District. The encouraging news that remote regions are receiving more protection from law enforcement and local patrols and that the role of the community patrol in Ayau has made a major contribution in maintaining and restoring natural resources in Raja Ampat’s waters will demonstrate  the viability of NGO and governmental investment in community patrols. 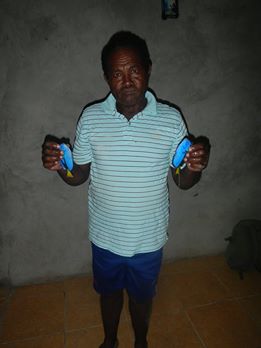