The quarterly CoE (Centre of Excellence) Newsletter documents the activities by UNIPA’s (The University of Papua) Division of Sustainable Development-Institute for Research and Community Service (LPPM).  They support community conservation efforts and sustainable development within Papua.

Administrator’s note: This newsletter is written in Bahasa Indonesia (Indonesia’s official language).   These reports pertain to various Bird’s Head Seascape projects, most of which the casual reader would find beyond their interest or understanding.  Activity number 2 (Saving Leatherback Turtle Hatchlings), however, will be of interest to many readers.  Translation of this activity is found below the table of contents of the newsletter.
For those who read Bahasa or care to translate it, the entire newsletter is in the BHS Library and can be found here, CoE Newsletter (Jan-March 2019)

Saving the Leatherback Turtles at Jeen Syuab (Warmon Beach) by Deasy N. Lontoh (This beach is located along West Papua’s north coast and is one of the largest leatherback nesting beaches in the Western Pacific) 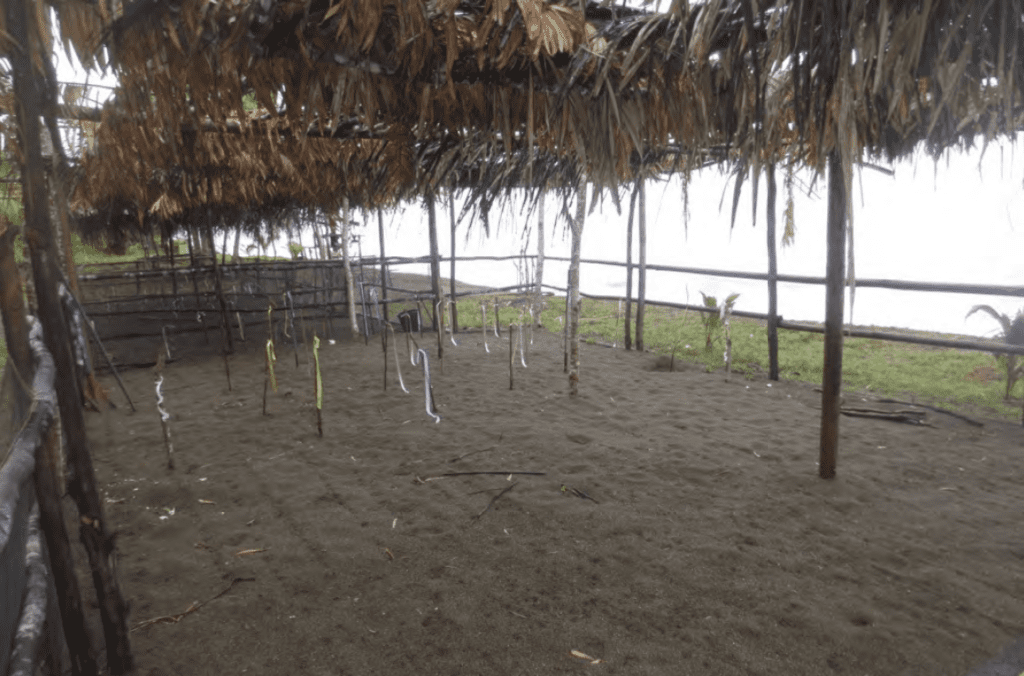 One of the four relocation cages that were established to accommodate leatherback turtle nests during the October 2018 – March 2019 nesting season. Hatcheries are built using ingredients found around the nesting beach. Every nest that is moved is marked with the its lay date.

Located in Abun District, Jeen Syuab beach (formerly known as Wermon or Warmon), is one of the most important nesting beaches for Leatherback turtles in the Pacific. Leatherbacks are the world’s largest species of turtle and lay eggs on Jeen Syuab beach all year long. This is unique because on most nesting beaches around the world, leatherbacks nest only one season per year. The nesting activity of leatherback turtles on Jeen Syuab beach lasts from April to September (in what is referred to as the “dry season”, also known as the eastern monsoon), with a peaks in June and July. And also between October until March (the “rainy season”, or the western monsoon) with a peak in December and January. Jeen Syuab’s black sand beach stretches uninterrupted for 6 km.  During the past “dry season”, the beach was heavily eroded and the eggs laid there between October and March were in danger of being washed away by waves and high tides. Therefore, the Turtle Monitoring and Nest Protection Team from UNIPA, working along with locals, worked very hard to move the nests to a hatchery on safer (higher) ground. 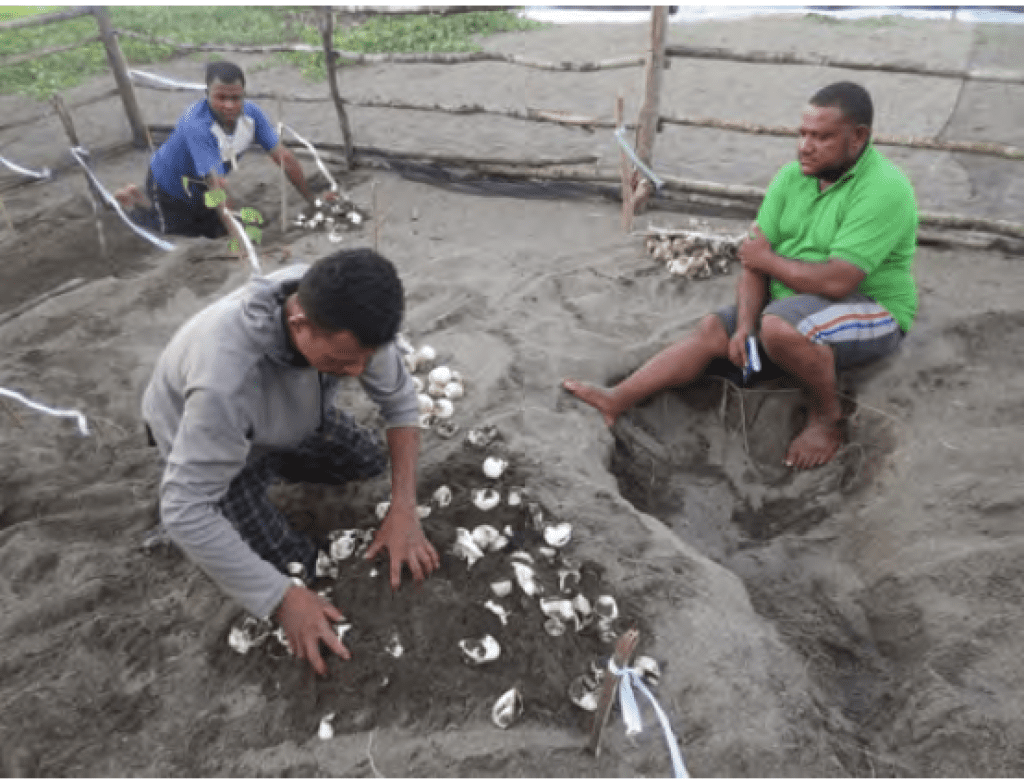 Between October 2018 until the nesting season’s end in March 2019, the UNIPA team managed to save 43% of the total number of leatherback turtle nests by moving them. To rate the level the success of the nest relocation, the UNIPA team carried out a “hatching success” evaluation during the hatching period (January-March 2019). The result; around 68% of the total number of eggs per nest successfully hatched. This effort is estimated to have produced around 8200 leatherback turtle hatchlings.  These thousands of hatchlings would not have survived without the efforts of the UNIPA team and the local community. 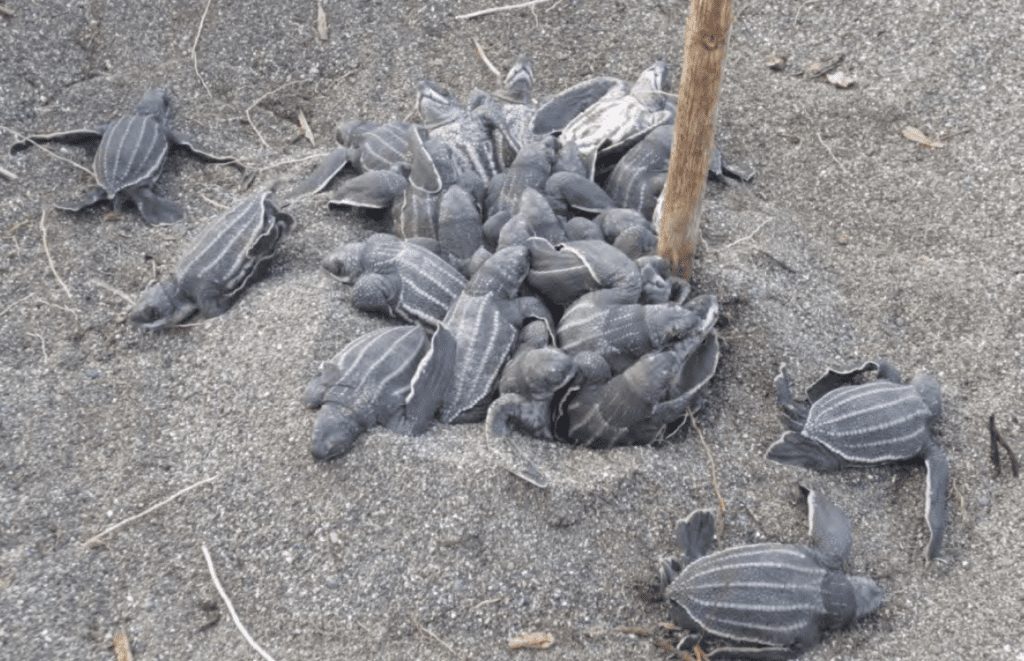 Leatherback Turtle hatchlings emerging from one of the nests in the hatheries. Hatchlings are immediately taken to the shore and released.