The BAF is the sustainable financing model for conservation and sustainable utilization of marine biodiversity in BHS. 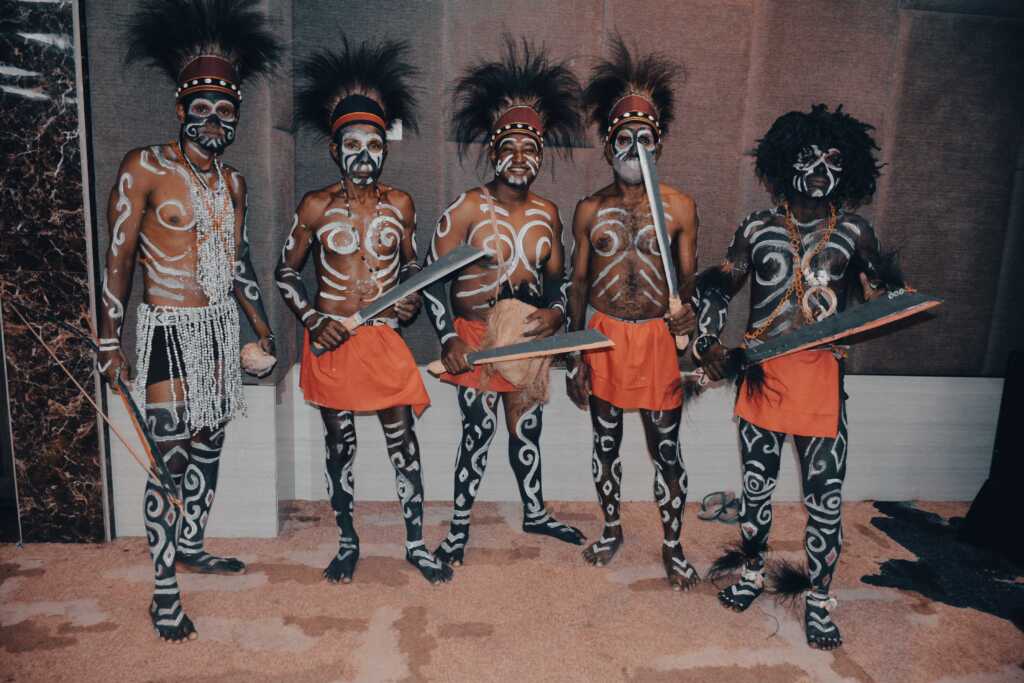 Manokwari. On a Tuesday, 14th of December, representatives from nine non-governmental organizations based in West Papua gathered in Manokwari to share their experiences in implementing conservation efforts within West Papua’s marine and coastal areas. Those nine organizations are grantees of Blue Abadi Fund’s (BAF) Program.

The workshop titled “Lessons-learned Sharing on Implementing Blue Abadi Fund’s Programs” was organized by Keanekaragaman Hayati (KEHATI) Foundation as the program’s administrator, in collaboration with Indonesia’s National Development Agency, the Ministry of Marine and Fisheries, and West Papua’s Province Government. 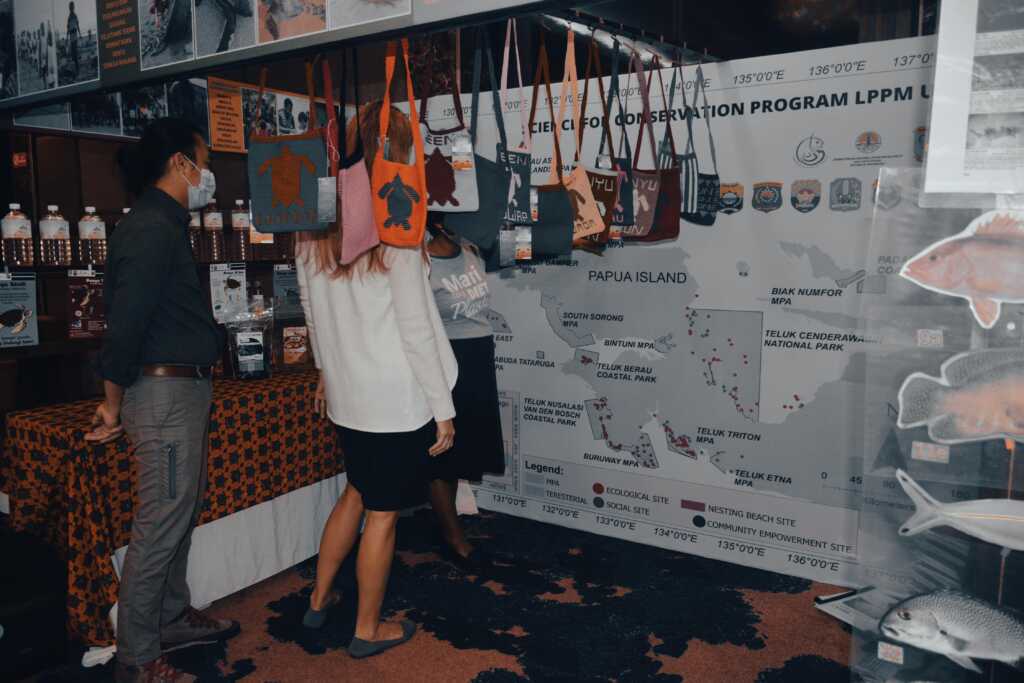 The workshop also featured an exhibition from BAF Program’s grantees. Representatives from USAID-Indonesia visit the booth from University of Papua’s Community Service and Research Institution. (Photo by: KEHATI Foundation/2021)

Representing BAF, Ir. Gellwynn Daniel Hamzah Jusuf, M.Sc., stated, “The main objective of this workshop is to provide a forum for lessons-learned from implementation of BAF since 2017. BAF is a model for sustainable financing that aims to provide long term, as well as safe and stable, financing to support sustainable efforts in the preservation of ecosystem and species within the Bird’s Head Seascape (BHS) that are led by local institutions in West Papua.”

In his opening statement, Indonesia National Development Agency’s Deputi of Maritime and Natural Resources, Dr. Ir. Arifin Rudiyanto, M.Sc., stated, “According to Indonesia’s National Mid-term Management Plan for 2020-2024 there are national priorities’ programs, designed to strengthen quality as well as fair economic resilience and growth, and programs on increasing the quality of maritime, marine and fisheries, which are in alignment with what BAF is doing.”

Ministry of Marine and Fisheries’ Director of Marine Biodiversity and Conservation, Ir. Andi Rusandi, M.Sc., welcomed participants to the event while emphasizing, “This workshop can encourage and strengthen the management of biodiversity in Indonesia generally, and West Papua specifically, as well as disseminate lessons-learned and the best practices derived from the program’s implementation.”

To officially conclude the opening session, on behalf of the Governor, West Papua’s Head of Marine and Fisheries Agency, Jacobis Ayomi, M.Si., asserted, “The West Papua’s Province Government put a lot of concern and serious commitment on the significance of managing our natural capital sustainably. In order to materialize that commitment, a strategic partnership at the local, national, and global levels are a must.” He also conveyed his gratitude for the support on conservation programs in West Papua’s BHS, especially for United States Agency for International Development (USAID) and other donor institutions in the BAF Program.

For your information, besides dissemination of lessons-learned since the beginning of BAF Program in 2017, this workshop also proclaimed appreciation to USAID-Indonesia as one of the major contributors in sustainably financing conservation efforts in marine and coastal areas within the BHS in West Papua: including its efforts through BAF Program. 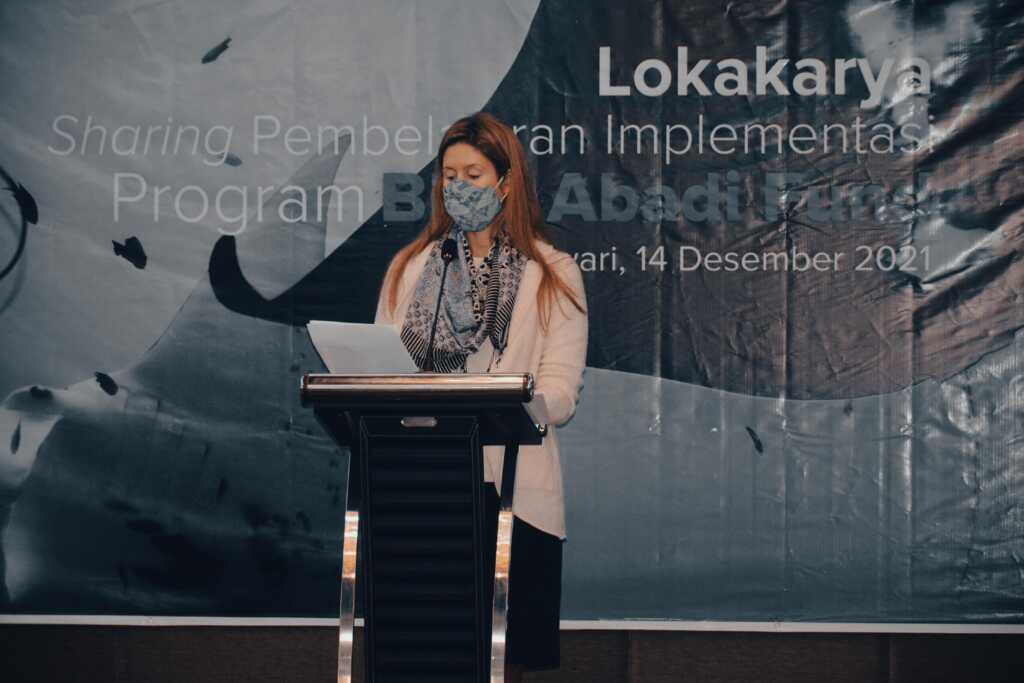 Alexis Polovina from the USAID-Indonesia said, “The BAF is an exceptional example of good collaboration between national and provincial governments, NGOs, academia and development partners such as USAID, Walton Family Foundation, and other donors to sustain conservation programs in the BHS. Ensuring the sustainability of this rich seascape through good governance and sound natural resources management is essential. The United States Government through USAID is proud to help Indonesia protect this rich marine biodiversity to ensure continued prosperity for current and future generations.”

Besides speeches, the workshop also featured a dance performed by one of the grantees, Wadowun Beberin Ecotourism Group. Hailing from Aisandami Village, Wondama Bay Regency, the group performed their “reception dance”, interestingly the dance was called “Rejection.” When interviewed subsequent to the event, troupe’s leader, Malania Hegemur, stated that the dance told a story about a period prior to the advent of the Holy Bible in Wondama Bay Regency: a period in time when the communities fought one another.

Related to BAF Program, Malania added, “Thank you BAF Program for having nurtured us from the very beginning. Hopefully the aid from BAF Program will always be able to sustain our group’s future development so that we can become better, and progress as well. Our aspiration is that Aisandami Village in Wondama Bay become a tourism destination like Bali, so that we can keep bringing visitors to our village.”  Note: Wondama Bay is near the Cenderawasih’s Whale Shark Experience!

BAF Program itself, which in the beginning was initiated by several non-governmental organizations incorporated in a partnership network in BHS, was one of the efforts to provide solutions on sustainable financing through grants awarded for conservation of marine and coastal areas, especially for local organizations in West Papua. 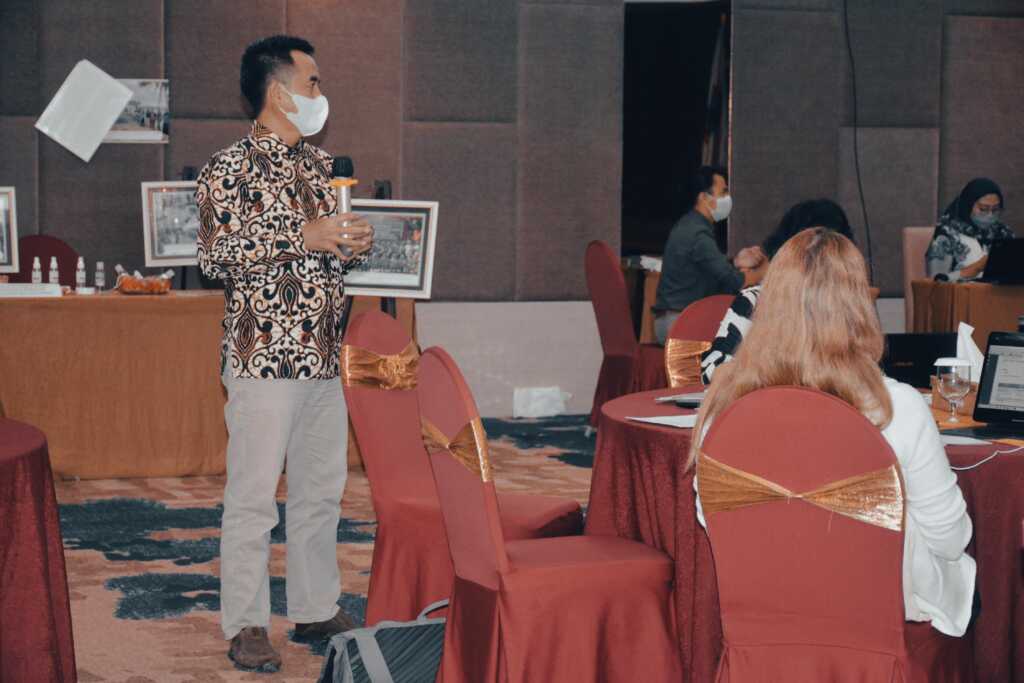 KEHATI Foundation’s Program Director, Rony Megawanto, during his presentation on administration and lessons-learned from BAF Program since the beginning of its implementation in 2017. (Photo by: KEHATI Foundation/2021) 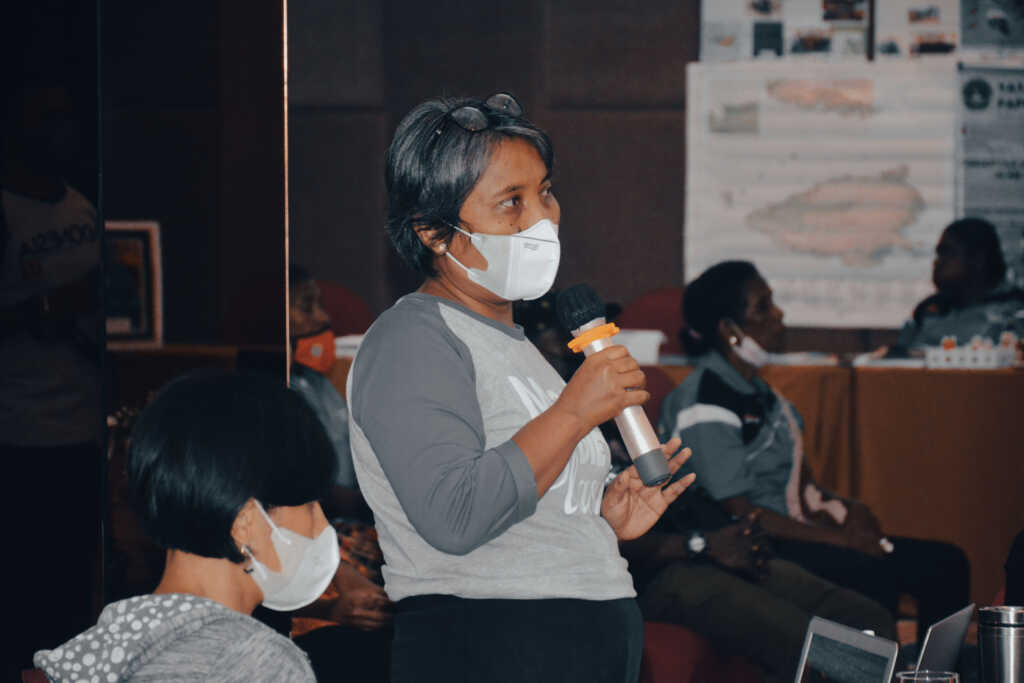 Fitryanti Pakiding, S.TP, M.Sc, Ph.D., presented three main conservation programs of University of Papua’s Community Service and Research Institution. They were one of the primary grantees of the BAF Program. (Photo by: KEHATI Foundation/2021)

One of the grantees, a representative from University of Papua’s Community Service and Research Institution, Fitryanti Pakiding, S.TP, M.Sc, Ph.D., presented “lessons-learned” from their main conservation programs. “The support from members of the community is essential for conservation in BHS, for they have the right to decide on how management of natural resources can be done. Besides that, capacity building for local conservation participants is also essential for the sustainability of conservation programs in West Papua’s BHS.”

KEHATI Foundation’s Program Director, Rony Megawanto, stated, “BAF is more than a sustainable financing model for conservation and sustainable utilization of marine biodiversity in BHS, but is also about a collaboration model between stakeholders. In BAF, various stakeholders are actively involved in supporting marine conservation, including the national and local governments, academicians, donor institutions, private sectors, and NGOs. And most importantly, Papua’s local organizations have shown their capacity in initiating and managing marine conservation programs.” 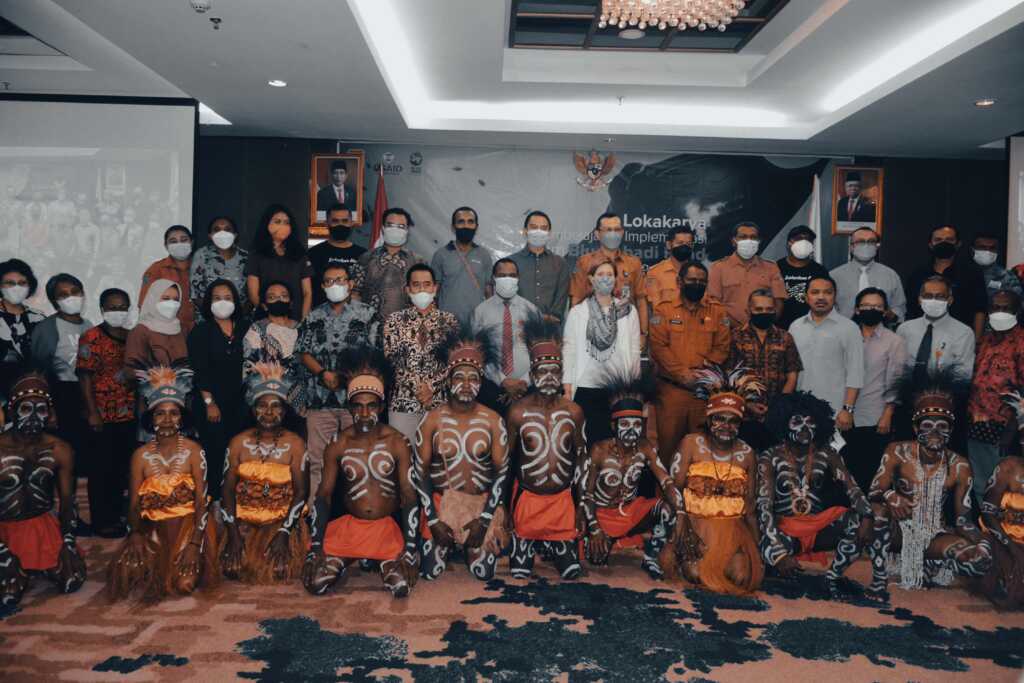 All participants of the workshop. (Photo by: KEHATI Foundation/2021)