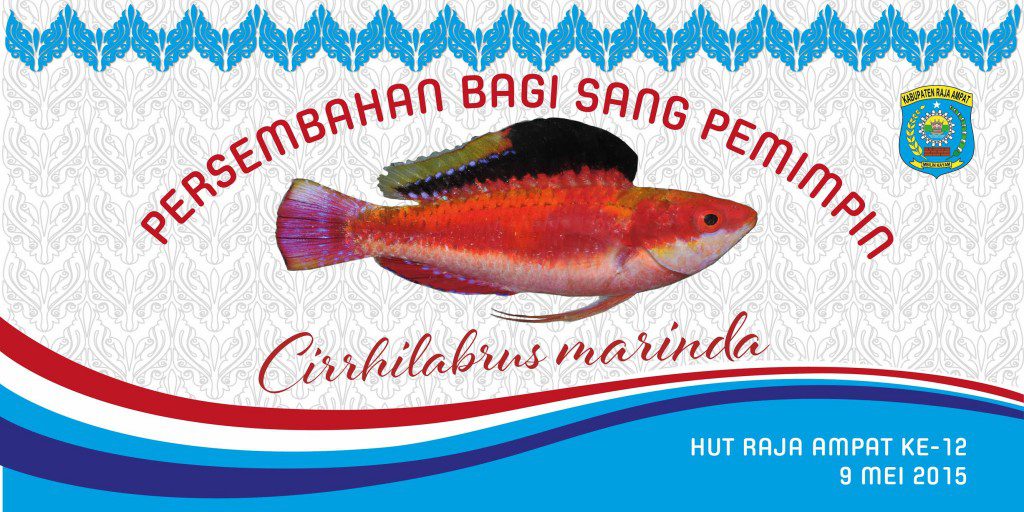 The mood was decidely festive at Raja Ampat’s 12th birthday celebration in Waisai, where Minister of Marine Affairs and Fisheries Ibu Susi Pudjiastuti presided over the launching of the new fairy wrasse species Cirrhilabrus marinda to honor the efforts of Bupati Marcus Wanma and Wakil Bupati Inda Arfan to develop Raja Ampat in a sustainable manner that prioritizes conservation and marine tourism. 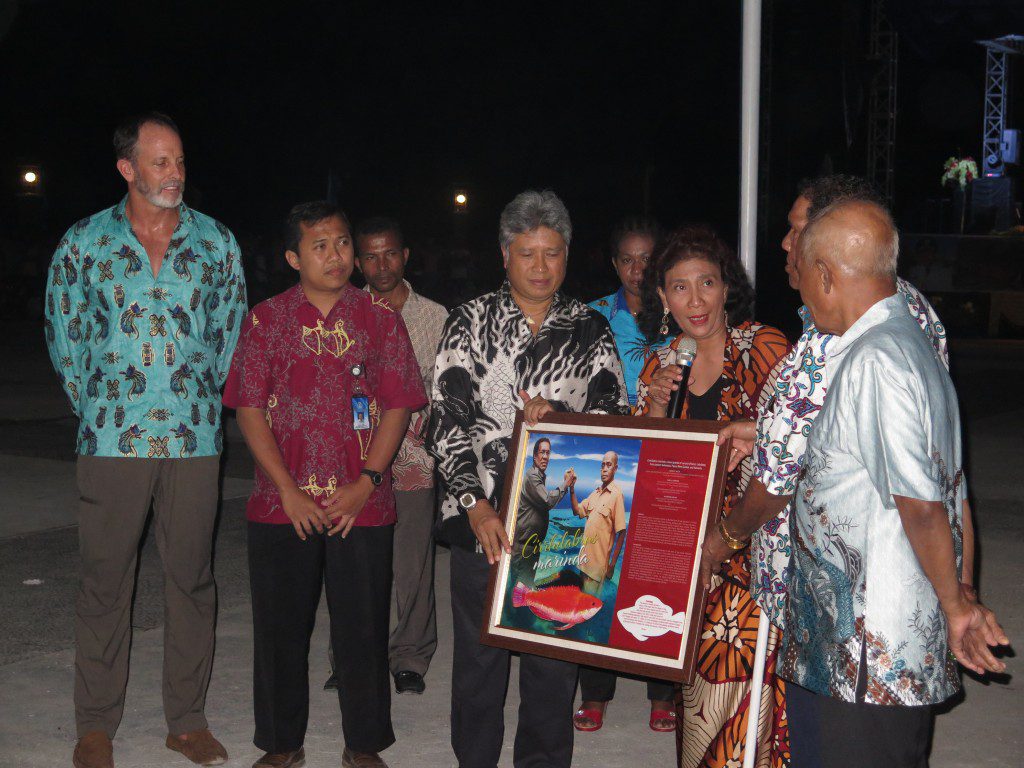 The waterfront in Waisai was brightly decorated with giant posters of the new fish species, and spectators received bags and key chains to honor the occasion. 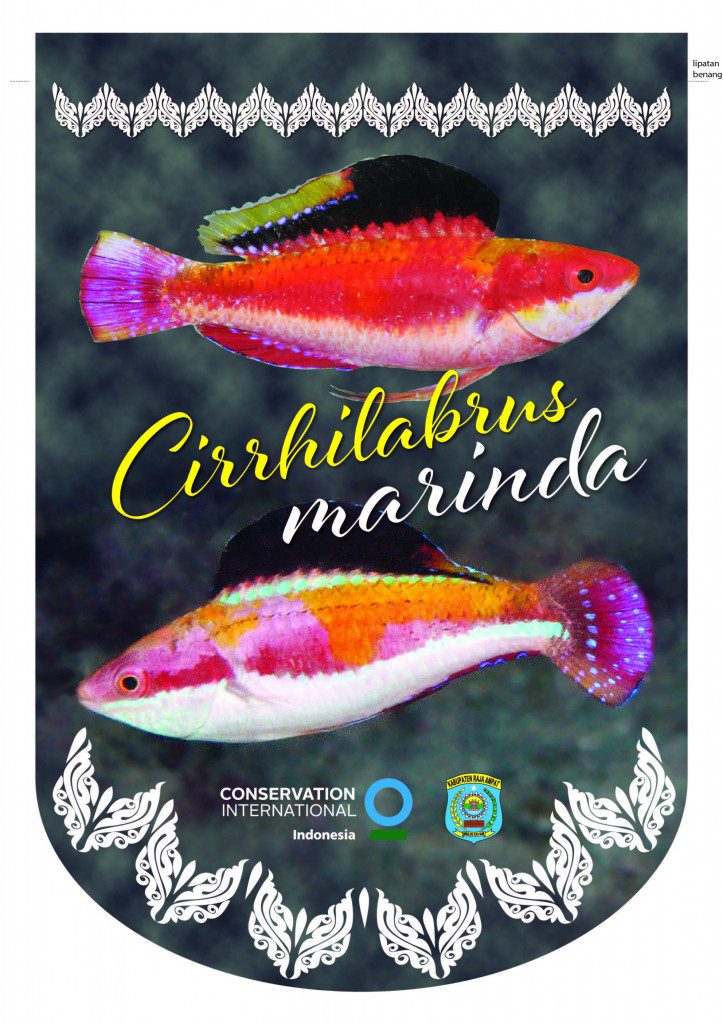 The new fairy wrasse species was discovered late last year at the Ayau atoll system in NE Raja Ampat by Gerry Allen and Mark Erdmann. Together with marine geneticist Dita Cahyani at Bali’s Udayana University, the three recently described the new fish species in the Journal of the Ocean Science Foundation. In the article, the etymology section of the description explains the honorary name:

This species is named marinda in honour of the Bupati and Vice Bupati of Raja Ampat, Drs. Marcus Wanma and Drs. Inda Arfan, who have ably led the world’s most marine biodiverse regency since 2003. Under their wise and forward-thinking leadership, Raja Ampat’s coral reefs are now amongst the best managed in the Coral Triangle, with nearly 1.5 million ha of the archipelago contained within Indonesia’s largest marine protected area network. It is a pleasure to honour their globally significant marine conservation efforts in naming this striking fairy wrasse in their honour. The name is based on a combination of the first part of their respective names (Marcus and Inda, resulting in marinda) and is treated as a noun in apposition.

Shortly after the new species was presented, the Bupati of Raja Ampat then took the opportunity to present 3 awards of his own, bestowing “Achievement Awards” to Retired Admiral (and Former Minister of Marine Affairs and Fisheries) Freddy Numberi for his support of the Raja Ampat MPA Network and to Drs. Mark Erdmann and Gerry Allen for their efforts to build local scientific capacity and promote Raja Ampat and the Bird’s Head as the global epicenter of marine biodiversity. 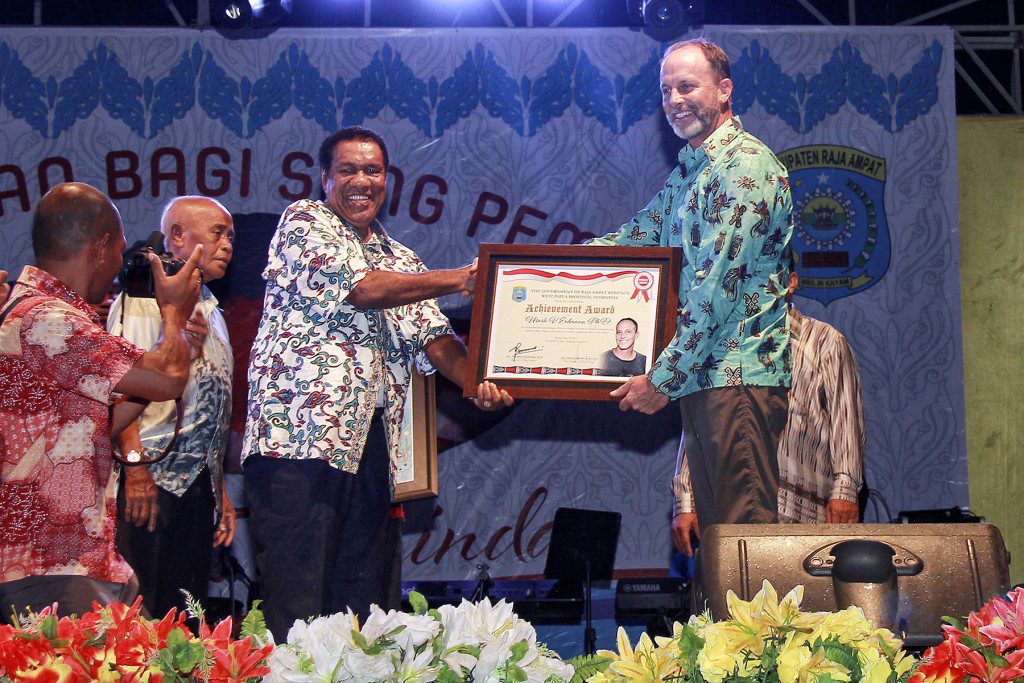 Bupati Marcus Wanma presents Mark Erdmann with an achievement award in appreciation of his efforts to promote Raja Ampat and build local capacity.

Mark Erdmann received the awards and thanked the Bupati, Vice Bupati and people and government of Raja Ampat for their wisdom and foresight in setting up the network of 7 Marine Protected Areas (MPAs) that now actively safeguard the globally unique marine resources of Raja Ampat. He urged them to continue to vigorously enforce and manage these MPAs, recognizing that outside pressures on the reserves will only continue to mount as sharks and other important fish stocks recover within Raja Ampat while continuing to deplete in much of the rest of Indonesia. Dr. Erdmann ended by re-affirming the commitment of Conservation International to continue to work closely with the Raja Ampat government and communities to help manage their natural resources as the foundation of their long-term well-being. 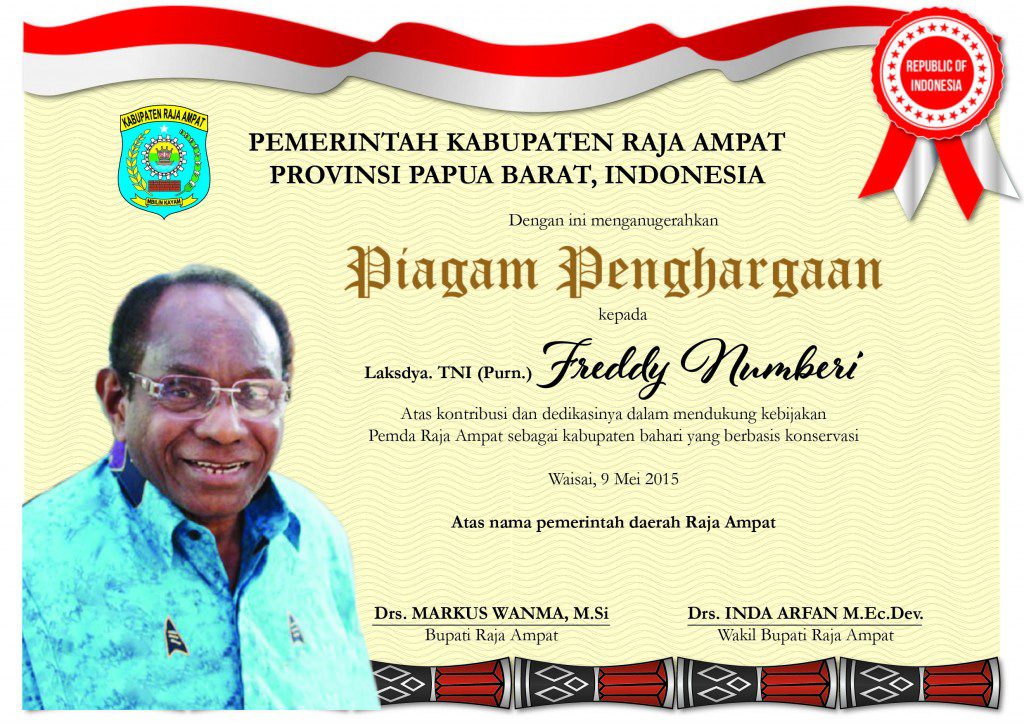 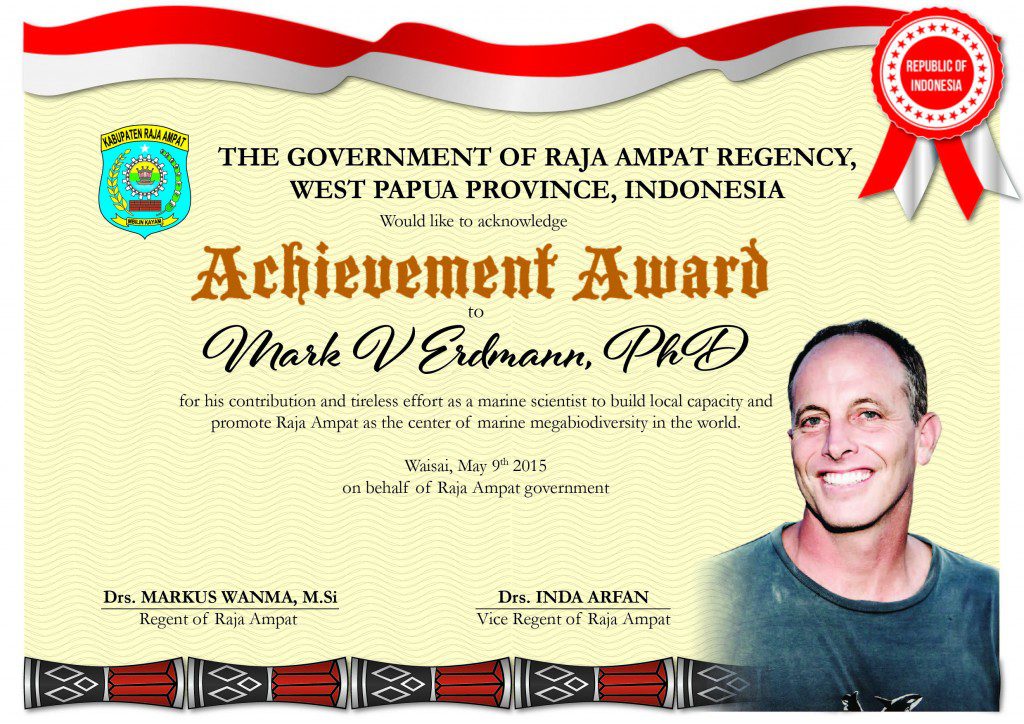 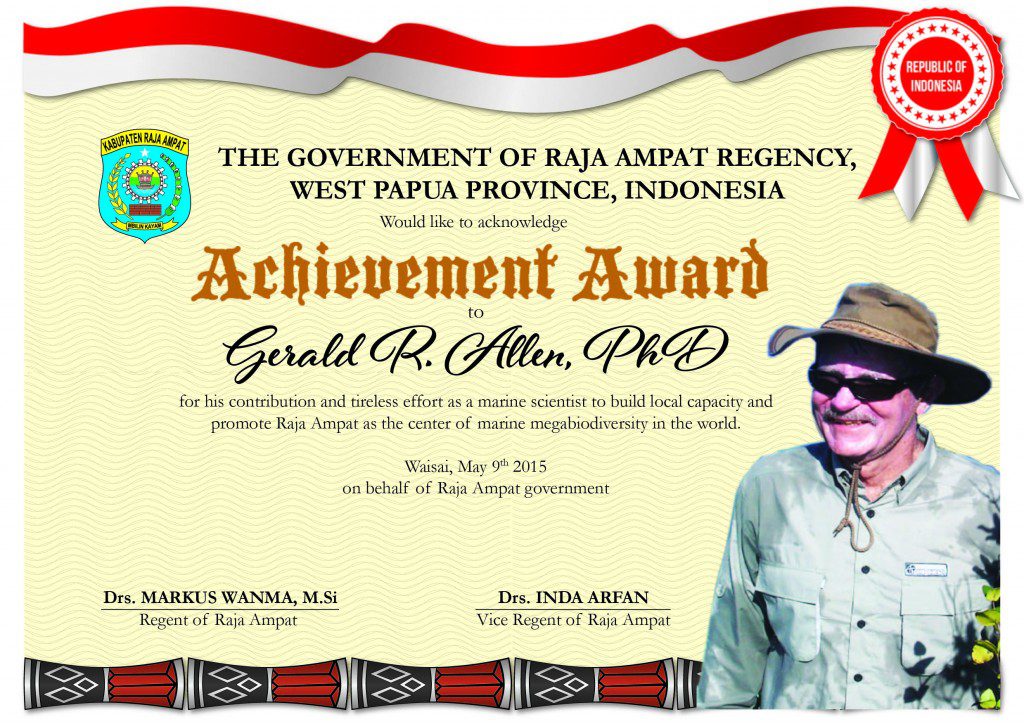