“Put the Drone up”: Spotting Manta Rays from the Air, By Edy Setyawan

Unmanned Aerial Vehicles (UAVs) or “drones” have been widely used for a number of purposes from surveying the effects of earthquakes and tsunami to making films. In the past few years, marine scientists have started using drones for monitoring the activities of vulnerable marine animals that frequently come to the surface, such as whales, dolphins, and manta rays.

In 2018, our team started to explore the use of drones to spot manta rays from the air during our boat surveys, particularly in new areas not explored previously or rarely explored. In the past, we used to spot mantas from the boat by carefully looking for a wing tip of manta ray when it was feeding on the surface. This could take hours to locate mantas, especially in rough sea conditions.

During an expedition in some understudied areas around Dampier Strait, we extensively used a small drone (DJI Mavic Pro) to help in spotting and documenting manta ray behaviors. We found that the use of drone in the expedition, which is mainly funded by National Geographic Society, was very beneficial. The use of drones has helped the team in quickly spotting and locating mantas, especially when they are feeding on the surface or even when they are hanging around on a shallow cleaning station. Distinctive body shape, and dark color with white patterns on the dorsal surface of the mantas make them easily spotted from the air using drones. 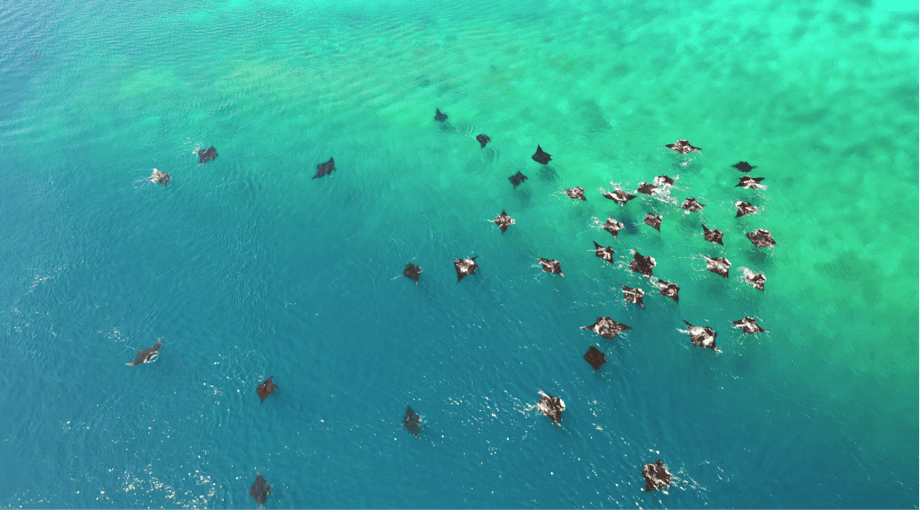 Drones also has helped us in finding cleaning stations through continuously tracking individual manta rays. Manta rays that are finished feeding on the surface often swim away and visit a cleaning station on a nearby reef area. Clear water and shallow reef area allow us to confirm a newly discovered cleaning station in the area we are investigating. Moreover, drones can also help sexing individual manta rays, particularly older adult males whose claspers have grown and extended beyond their pelvic fins; and can therefore be seen from the air. 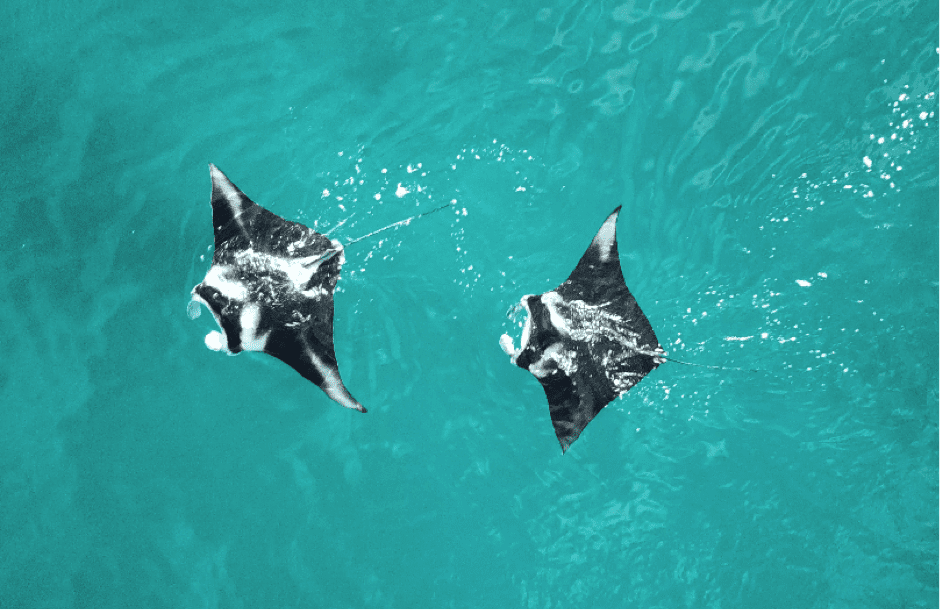 Photo 2. Adult male swims behind a female as seen from a drone’s camera (Photo: Edy Setyawan)