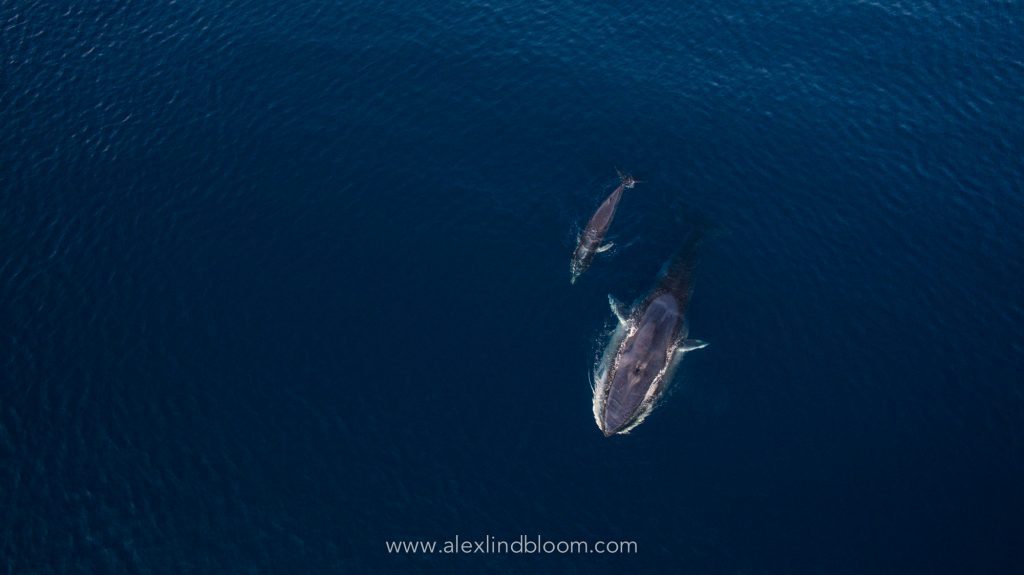 You never know what you’re going to see in Raja Ampat, either on the surface or below. I’m entering my fourth year year now and still astounded at what I encounter. Certain things are commonplace like schooling fish, mantas, wobbegong sharks, the world’ smallest and cutest (pygmy) seashorses, and of course the most breathtaking underwater scenery. That’s your baseline as far as expectations and encounters should be concerned and as you can see it’s a pretty solid one. This is not by any means all you will see on a dive excursion in Raja. Holding the title of oceans most bio-diverse marine ecosystem, Raja has a pretty impressive reputation for exceeding expectations. Those mind bending encounters that you hadn’t really planned on, like fleets of mobula rays corralling clouds of silversides just above you, record breaking stingrays, or even whales!

Along with thirteen other types of whales, sperm, brydes, and even killer whales thrive in the nutrient rich waters of Raja. From Dampier’s Strait to Misool, the shiny grey backs of whales regularly break the waters surface with that iconic spout and audible woosh. There is also a very mysterious whale which resides here, and like many of the other Raja residents, it’s new on the species list. 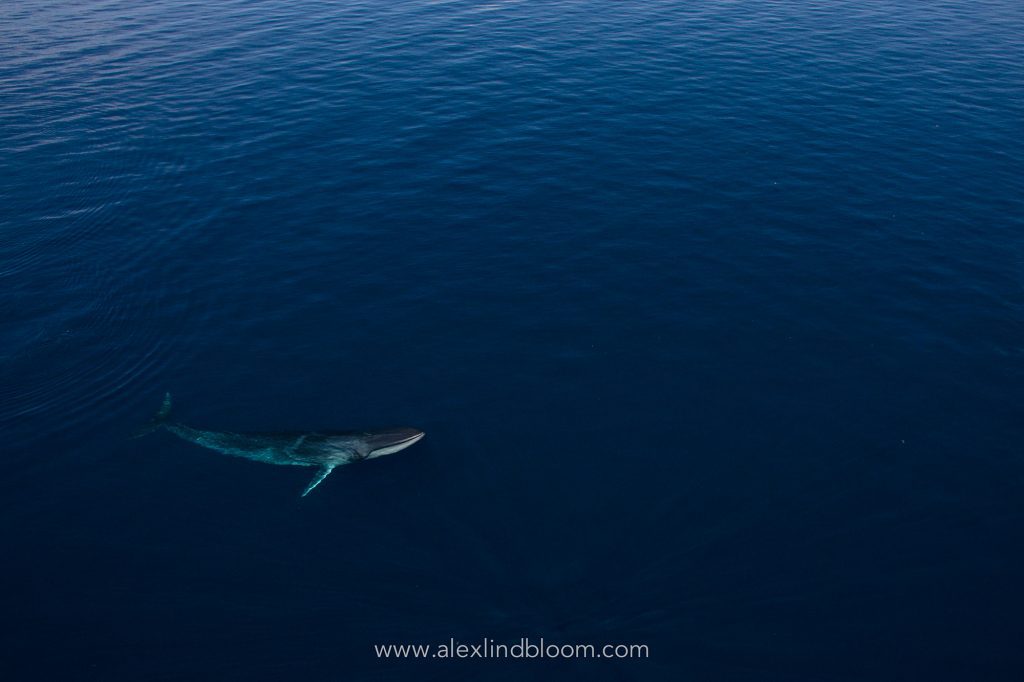 To be honest I had no idea the Omura’s whale even existed until a couple days ago when the guests and I aboard Mermaid II’s had the privilege of witnessing the whale world’s newest member…though we didn’t know it at the time. From the lateral perspective of the boat, we could just see the backs of one, two and on several occasions three of these whales breaching briefly and then dipping back down into their blue realm. Exciting as it was just to see a whale a few meters from the boat and so frequently, it didn’t offer much in terms of behavior or identification. It wasn’t until I took my trusty drone up that we could really get a glimpse into their lives. 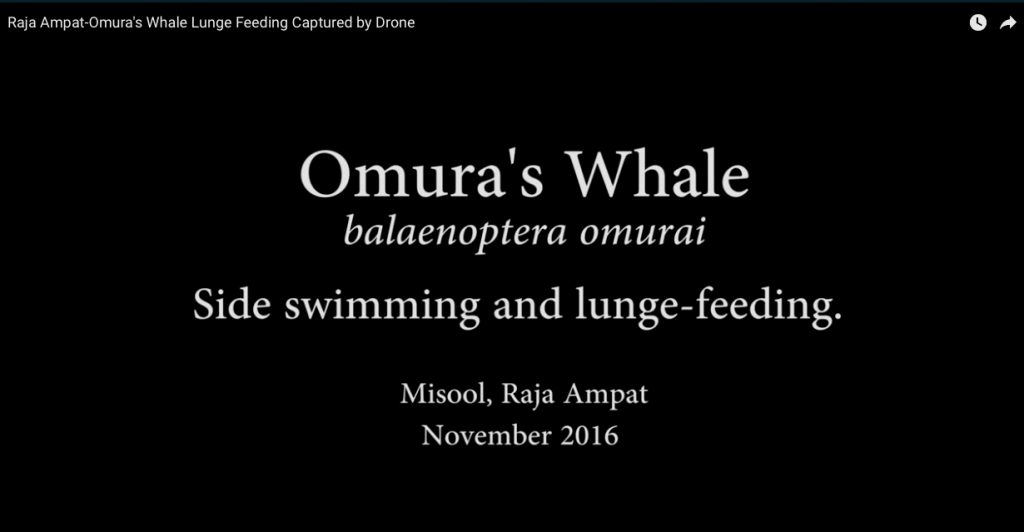 My expectations of what I would see from the birds eye perspective had been highly underestimated. Assuming I could find the whales, I imagined the drone would give me a nice view of the whole whale as it ascended, took a breath, and descended. That would have been more than satisfactory as far as I was concerned. What I ended up seeing was more along the lines of something you might see on an Attenborough documentary. The whale would come up for air then dip just below the surface by a meter or so and then begin to slowly but with considerable power, pump it’s tail into a full on underwater sprint and then out of no where roll on it’s side and open a gaping mouth that a freight train could pass though. With it’s mouth full of plankton and water and resembling a puffer fish rather than a hydrodynamic cetacean, it would rise for a quick breath and disappear for ten to twenty minutes. Most likely to sort out the contents of what it had just scooped up, then surface and repeat. This was not a one time encounter either. For two full days while in Misool these Omura’s whales seemed to be following us around. Surface intervals turned into full on whale watching expeditions. We had them next to the dive sites, the boat, and several guests on Mermaid II as well as myself even got an underwater gimps of a mother and calf as they passed below us on the way to their feeding lesson 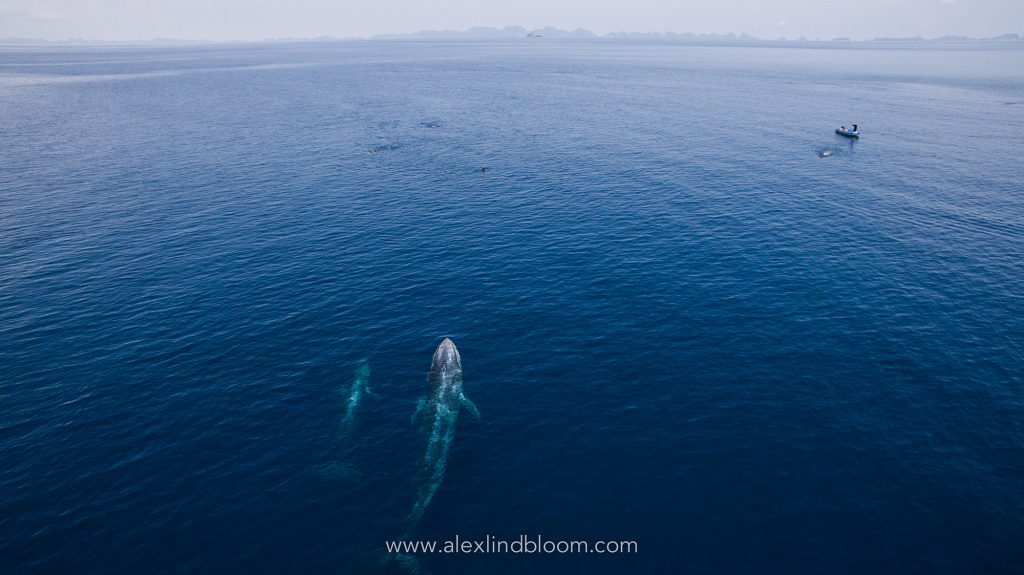 Resorting to an onboard whale ID book we all speculated that it may be the Omura’s as it didn’t have the ridges on it’s rostrum that the nearly identical brydes whale has. Further investigation online didn’t really reveal much in terms of confidently identifying the whales either as the Omura’s is officially the least researched of the whales. It wasn’t until Burt Jones passed along the footage to whale expert, Benjamin Kahn who confidently ID’d them as Omuras! At this point it’s an absolute thrill to have witnessed an animal such as this, regardless of species, behaving in such an epic way. The icing on the cake is to know that your encounter and footage will hopefully shed some light onto this little known about species which may ultimately aid in it’s preservation and identity.