“Hooked on Diving”…in Raja Ampat of course! by Norman Vexler 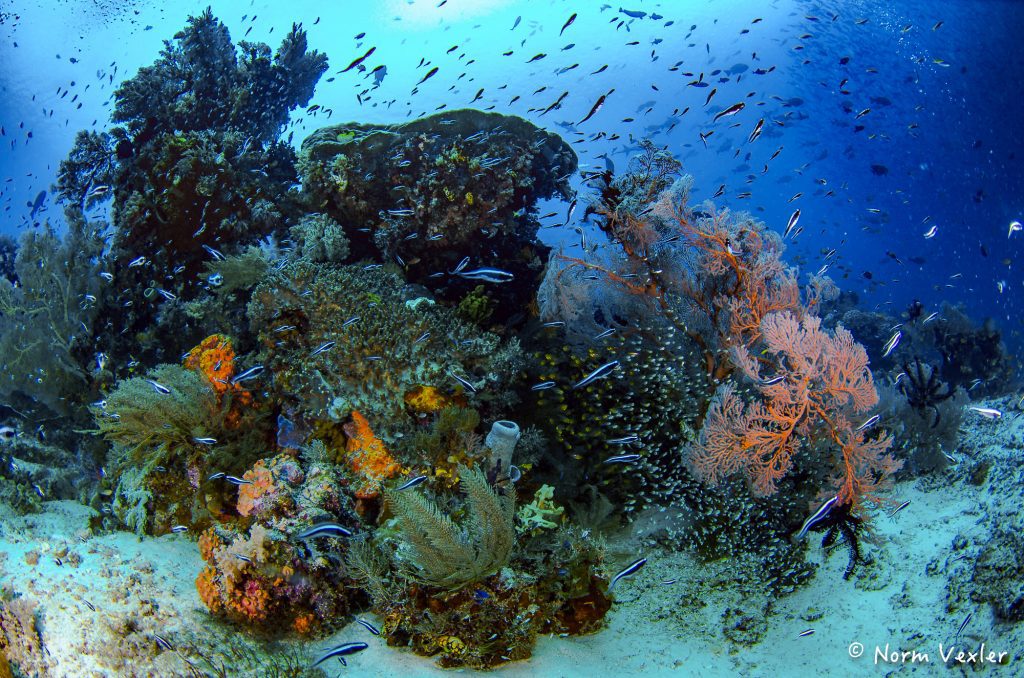 In 1988 Norman took a NAUI dive certification course and from that time on, he’s been totally “hooked on diving!”  After many dive trips to the Caribbean, over a 14 year period, to locations such as the Cayman Islands, Cozumel and Tortola, he decided to expand his horizons, and signed up for a trip to Palau with the well known west coast photographer, Joe Liburdi.  Joe essentially got him started in underwater photography inspiring him to travel to other exotic locations throughout the South Pacific.  In 2006, Norman made his first trip to Indonesia, staying at Sorido Bay Resort owned by Max Ammer.  He was so awestruck by the resort and the beauty of Raja Ampat he returned to Sorido Bay two more times, in 2007 & 2009.  Norman’s profession is building construction. He spent so many hours talking with Max about building the resort that they eventually became good friends and he became totally inspired by, not only Sorido Bay, but by the absolute underwater beauty of Cape Kri and the Dampier Strait.  During his stays at Sorido Bay, he met other amazing people involved in photography and conservation including Drs. Gerry Allen and Mark Erdmann.  He was so impressed by the work of Gerry, Mark and Max that he has spent the last 13 years traveling to Raja Ampat many times to photograph, both above and below the surface, this fascinating area of the world.  Check out Norm’s images; it’s no wonder he’s “hooked”! 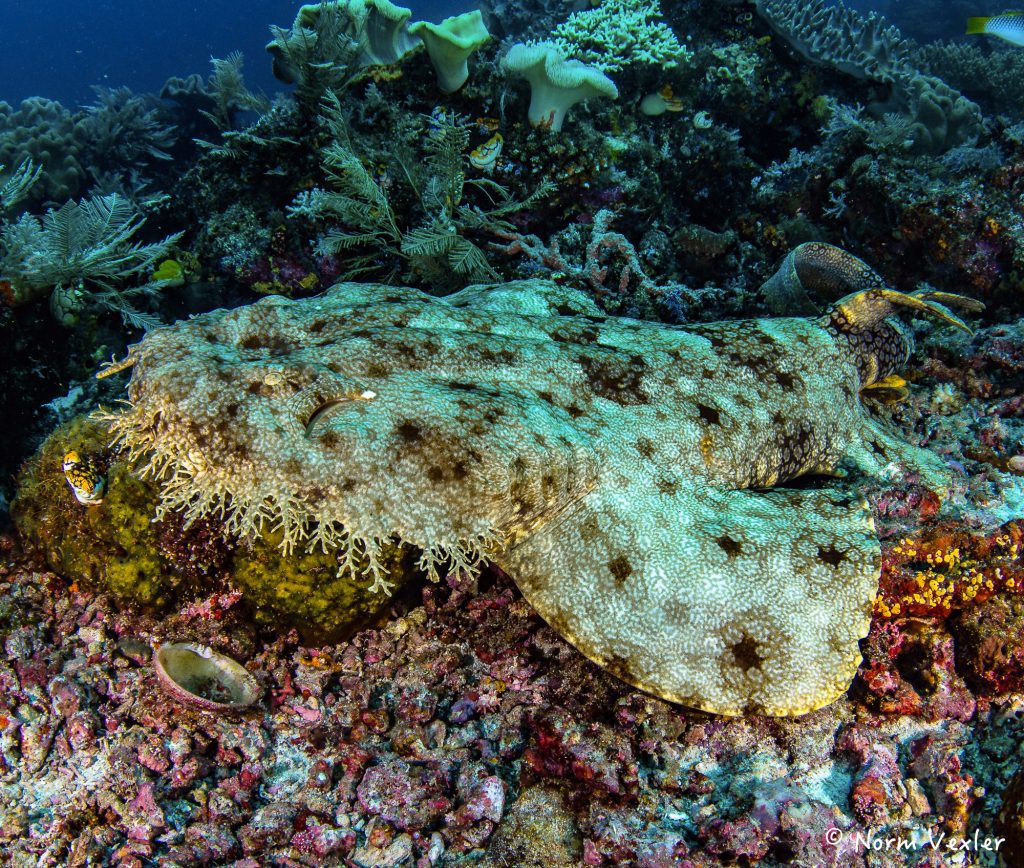 The Wobbegong Shark, a frequently sighted” iconic” fish from Raja 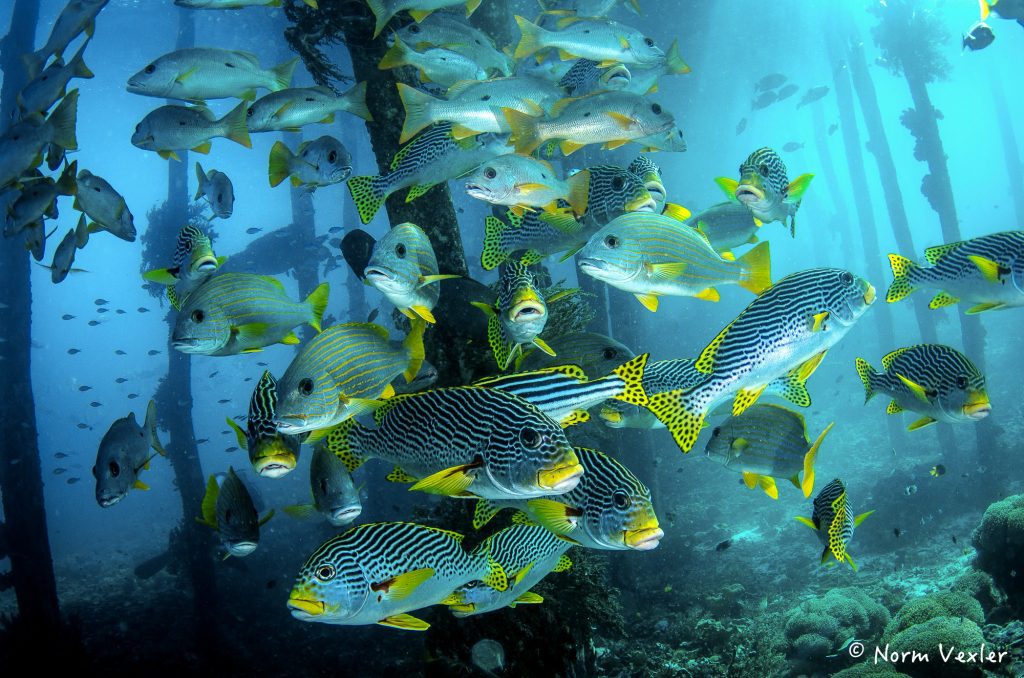 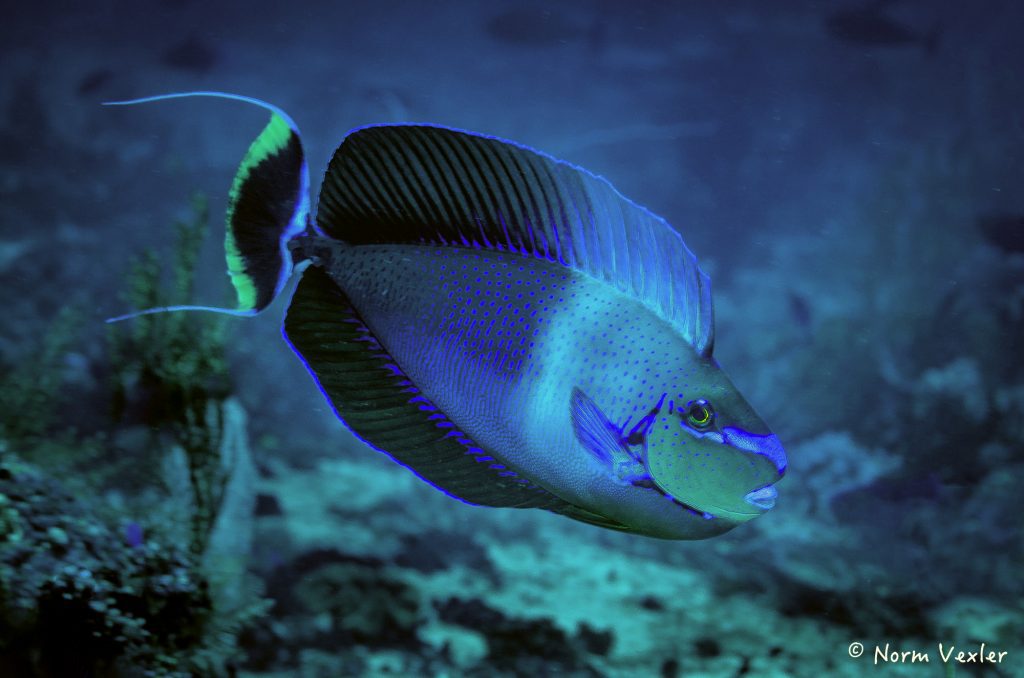 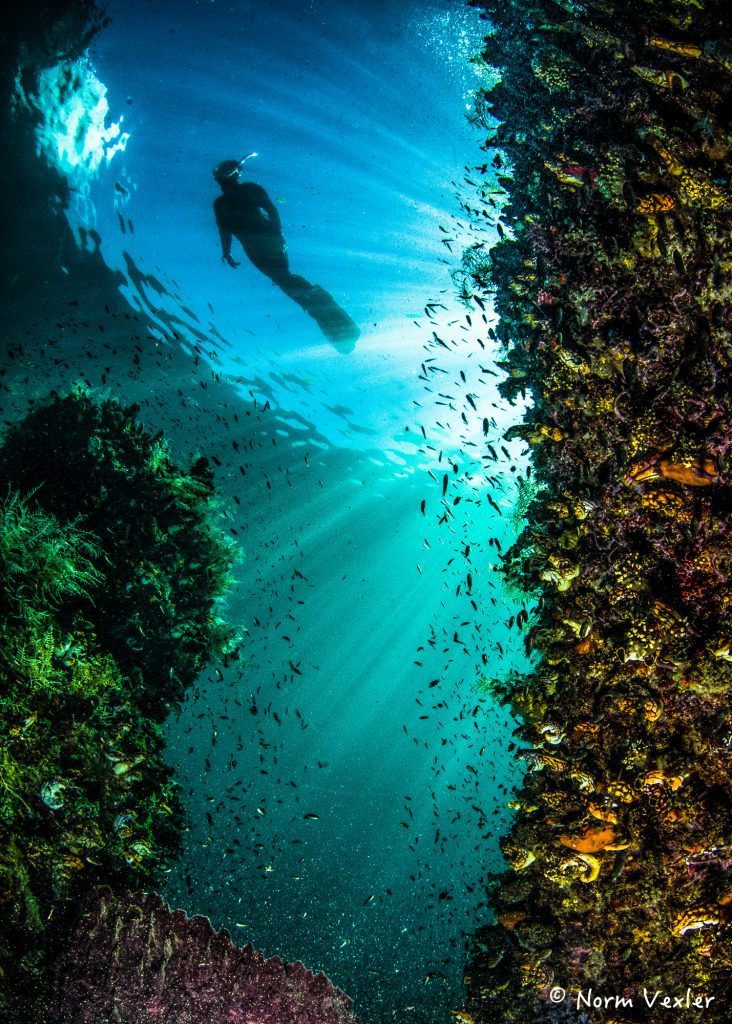 Snorkeler in The Passage, a dive site located between Gam and Waigeo Islands 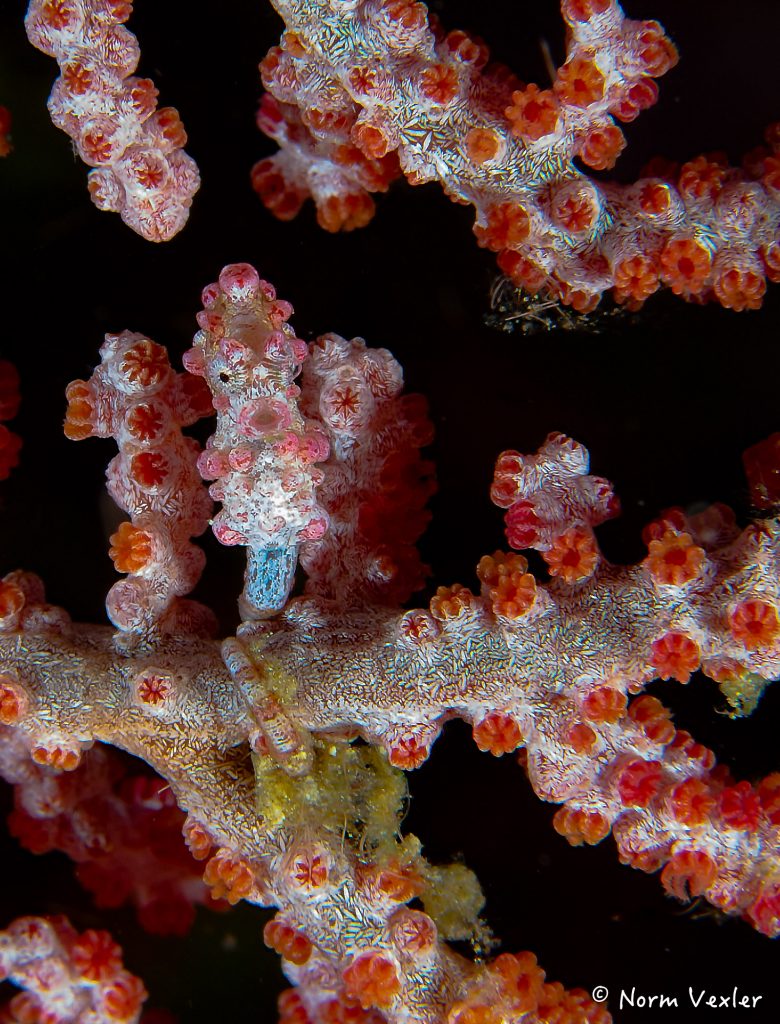 Bargibanti Pygmy Seahorse, a “must see” when visiting Raja Ampat! 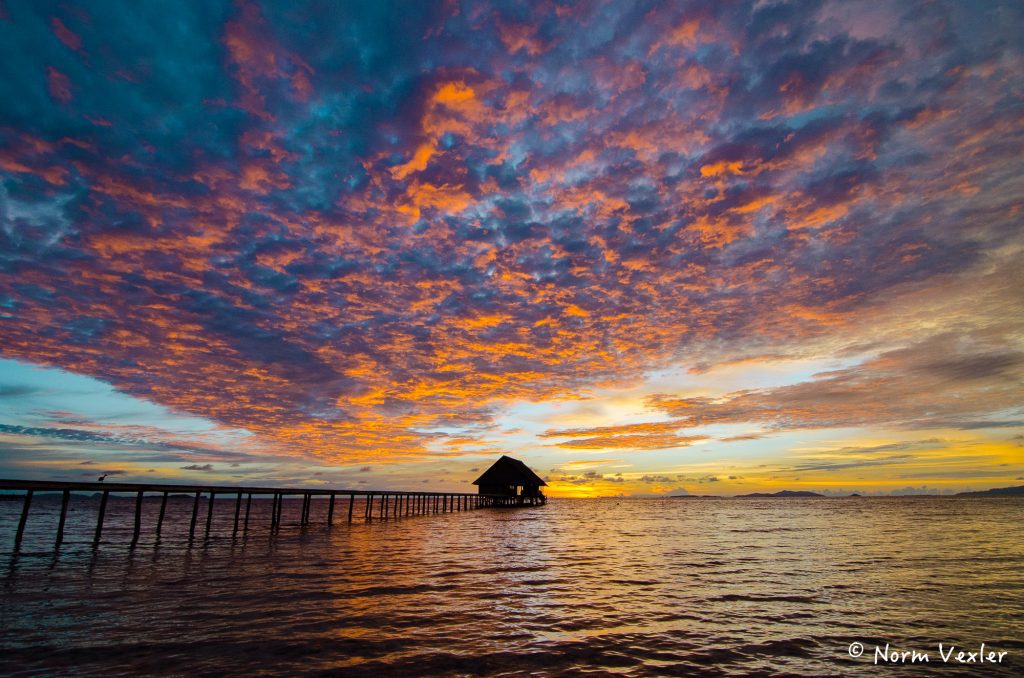 To view more or Norman’s photos check out his Facebook page and his website, Far Out Photos!