In early April 2015, I spent a week diving in Triton Bay. This was my 3rd time visiting the West Papua region. Compared with Raja Ampat and Cenderawasih Bay, I personally found the biodiversity and the coral reef in Triton even healthier. 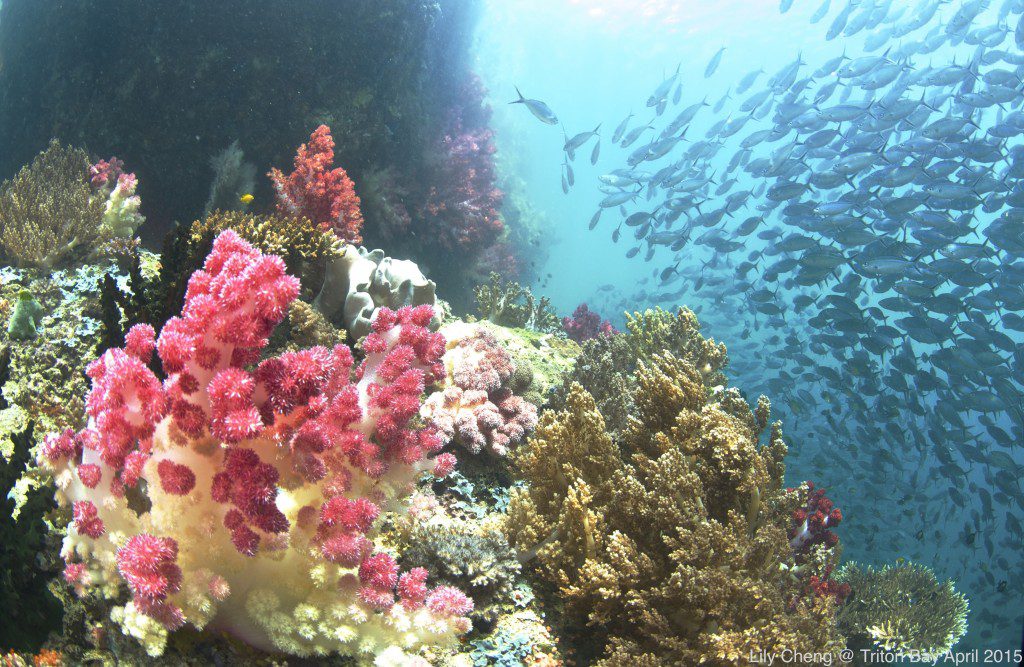 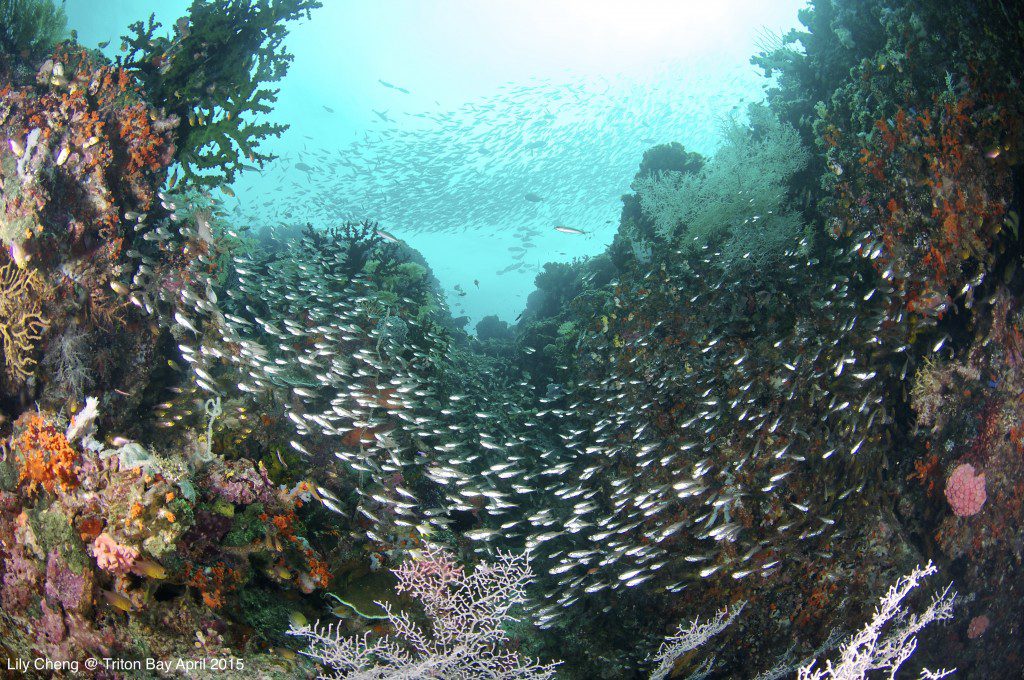 This was my first time in Triton so when we began diving I did not know what to expect.  We did some impressive dives, in which macro and wide-angle subjects blended together perfectly on the sites. But what impressed me the most was a late afternoon dive, where we had close encounters with the mythical, swiftly moving “flasher” wrasse. 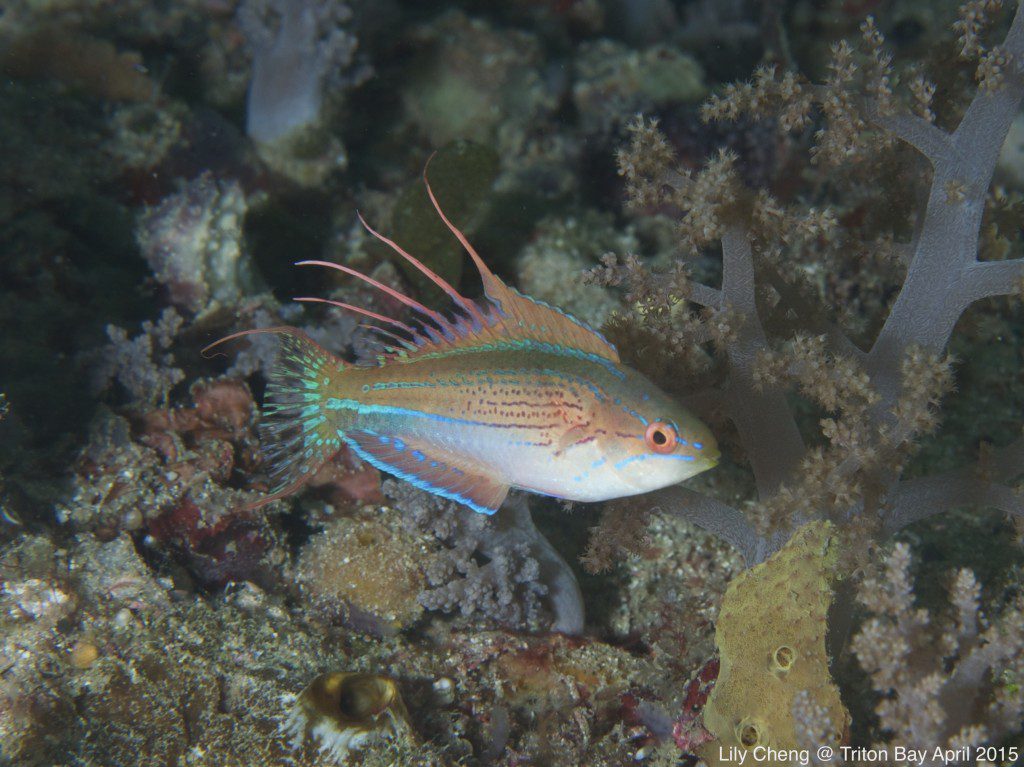 Our dive master, Andi, led us to an area with low profile hard coral growth and small fish. After waiting for a few minutes, he suddenly pointed to a group of brightly coloured fish with his stick. We didn’t know what the fish were initially, but once the fish showcased their magnificent dorsal fins, we knew that they were our beloved “flasher” wrasse. 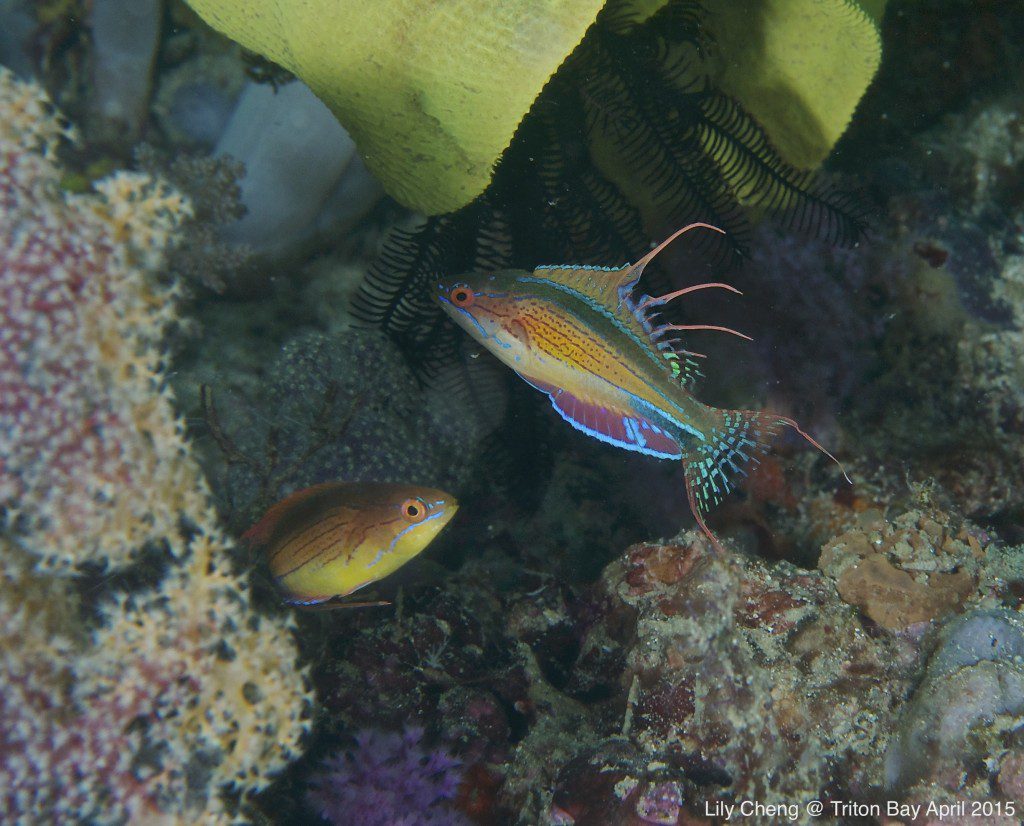 There were quite a few flasher wrasses scattered over the reef where the males were displaying for the attention of females and establishing their territory. When one group hid themselves in the coral, we just needed to move to the other side and wait for another group to pop up. 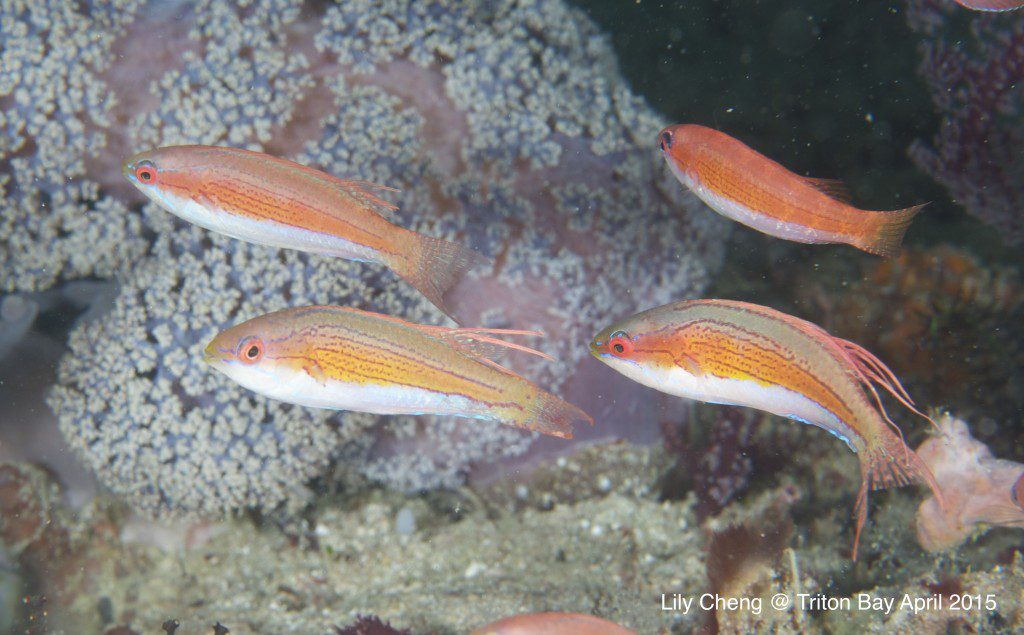 The male flasher wrasse seemed to be slightly larger than the females. Occasionally they opened up their dorsal fins, “flashing”, but only momentarily.  For the rest of the time all the fish looked similar.
We needed to be patient but alert in order to capture the perfect moment. 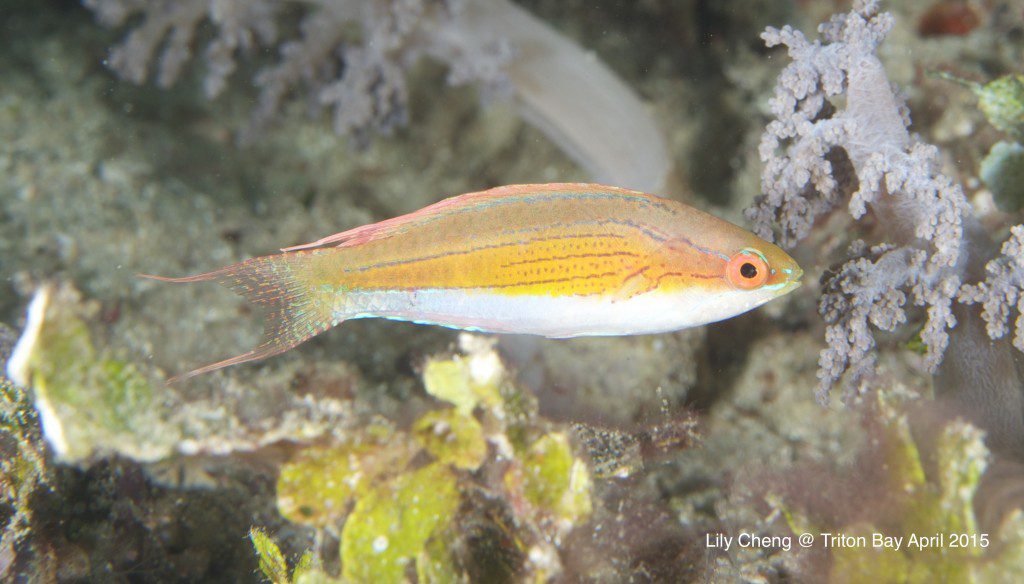 I showed my photos and my buddy’s video footage to the resort owners. Based on the dorsal and pectoral fins, we initially suspected that the flasher we met could possibly be a hybrid of two different species. With the help of the resort owner Jimmy and the staff of BHS, the photos were sent to Dr. Allen, the world’s expert on tropical marine fish.  We received his kind reply: “Your photos are of Paracheilinus nursalim, the Triton Bay Flasher, but your images are of juvenile males. The first image in your flickr photostream is a younger fish than the second but both are not yet mature”.

We are extremely grateful for Dr. Allen’s detailed reply and the unfailing assistance of all parties involved.

Below is a video taken by my buddy, Steve Poon, and you’d understand how lucky we were to be able to freeze this naughty creature in a frame. Enjoy!

Lily Cheng is a secondary school teacher in Hong Kong. She learned to dive in Phuket, Thailand in 2002. Out of curiosity, she started taking photos underwater with a point-and-shoot camera in 2005. Her flickr link is https://www.flickr.com/photos/lcexplore/albums .