Eyes on the Prize words and images by Thomas Haider

Eyes on the Prize

words and images by Thomas Haider

The following article is reprinted with the author’s permission.  It originally appeared in the magazine Action Asia. 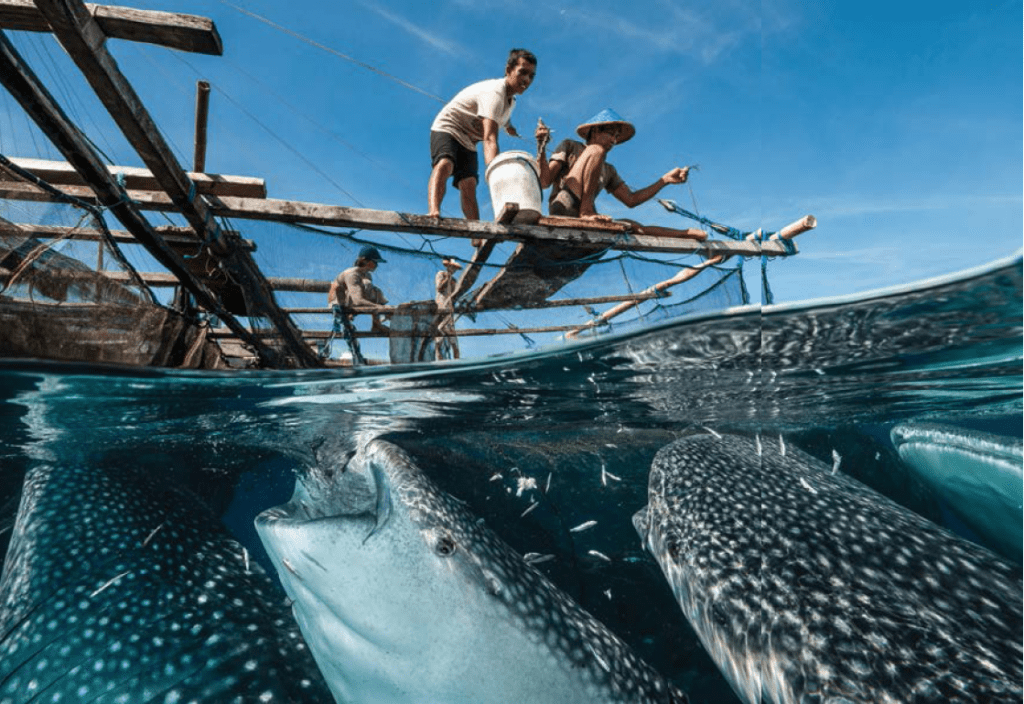 A BAYFUL OF BOYS: Research reveals that the population of whale sharks in Cenderawasih Bay is quite large, amounting to 135 individuals. “Only four out of the total population are female, however,” says Evi Nurul Ihsan, WWF Indonesia’s monitoring and surveillance officer for the area.

THE FISHERMEN OF CENDERAWASIH Bay, on the north coast of western New Guinea, spend much of their lives on floating bamboo platforms called bagans. Among their quarry are tiny ikan puri, anchovies, netted by the ton and strung onto lines to catch more lucrative fare such as bonito. But a net bulging with these tiny fish also attracts whale sharks, and this is now providing the fishermen with an unexpected source of bounty – ecotourism.

In early 2006, expeditions lead by Conservation International (CI) and….

To view the entire article and see all of Thomas’s incredible whale shark images click here, Eyes on the Prize.

Dr. Thomas Haider is an environmental scientist and underwater photographer based in Vienna, Austria. Together with the German nature documentary producer Rolf Moeltgen he cooperated in many worldwide underwater film projects e.g. GEO, BBC Wildlife and National Geographic. Starting with still shots for the filming scenes an independent activity as publishing underwater photographer developed. His images have been published in many magazines, books and calenders, have been used in advertising and presented in many exhibitions all around the globe.  To read more about Thomas and his work visit his website, www.thomashaider.at.
Want to see images of Thomas’s trip to Raja Ampat?  Click HERE.