As we gently drifted around the picturesque Raja seascape, where gorgonian sea fans and lush soft coral cover every inch of the terrain, the water suddenly went dark as if someone had just flipped a switch. My first thought was that the weather had taken a turn and clouds were now blocked the sun. 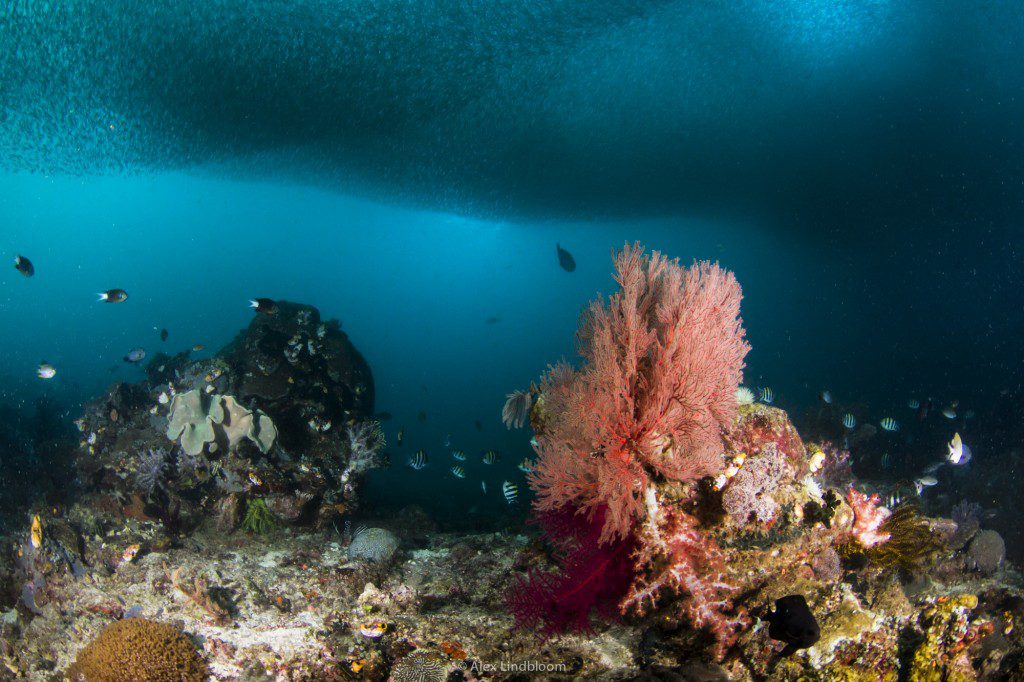 In a sense it was a cloud blocking the sun, but not the big puffy white ones in the sky. This kind of cloud was made up entirely of fish and it had complete engulfed the dive site and us. Millions of tiny silver anchovies had been driven to the reef in an attempt to evade the eighteen or so mobile or “Devil” rays that were hunting them. 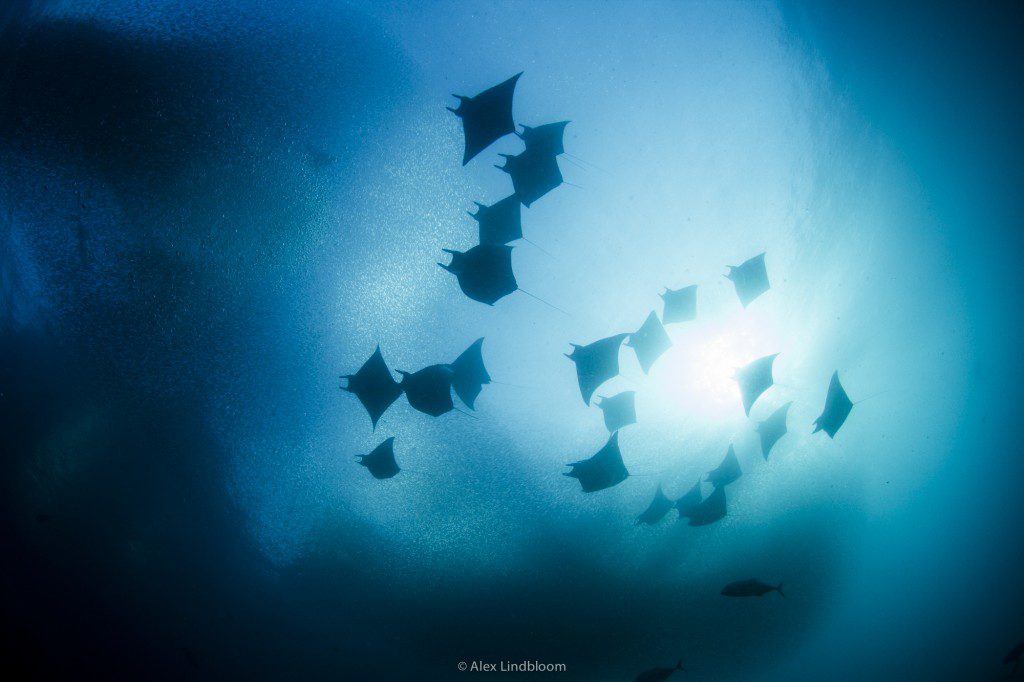 The shoal was so densely packed with these tiny scared fish that at times it was near impossible to tell if it was your dive buddies or the rays making the dark shadows on the other side of the fishy wall. 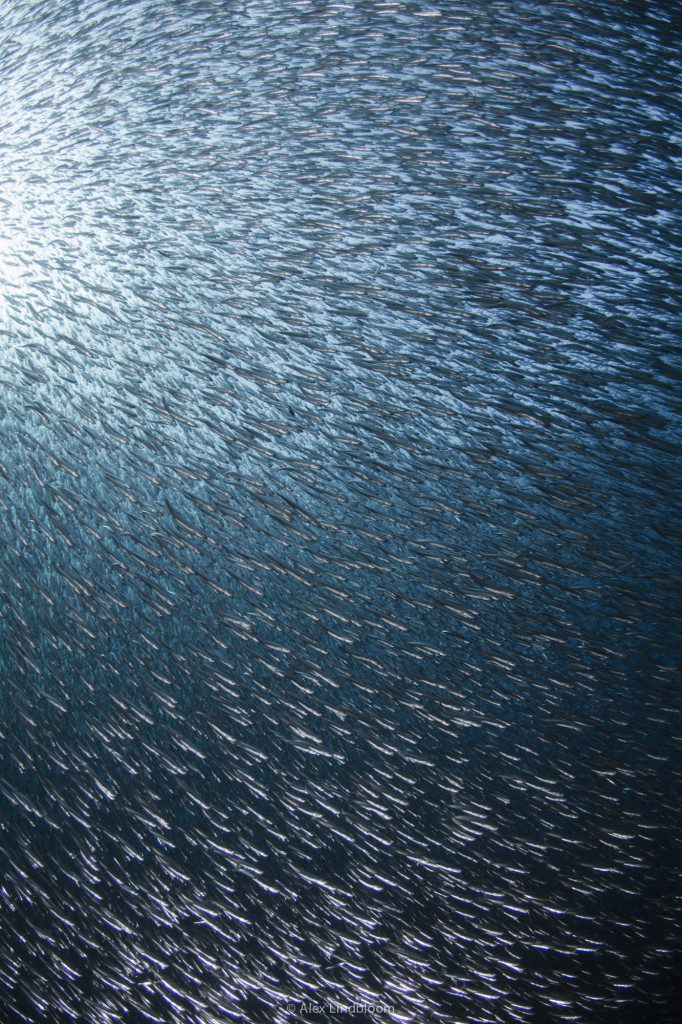 If you descended just below the fish ball and gazed up you could witness a true thing of natural beauty. 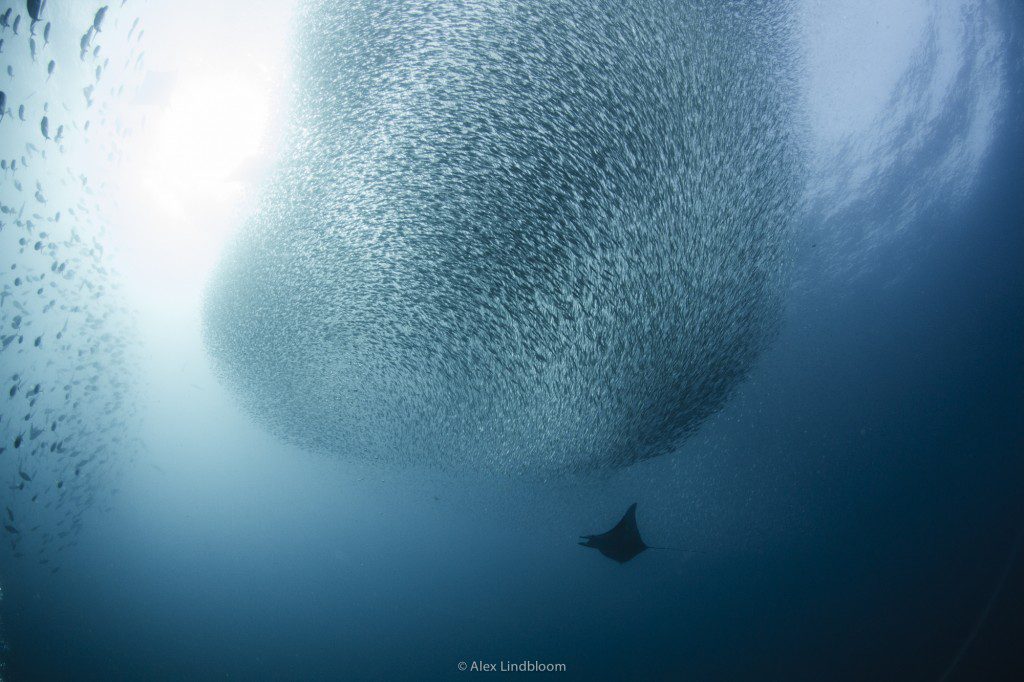 From the perspective of someone who was not on todays menu the whole event appeared to be a well choreographed dance as the fish swirled and shape shifted in perfect unison as the rays eagerly darted in and out of the silvery mass. 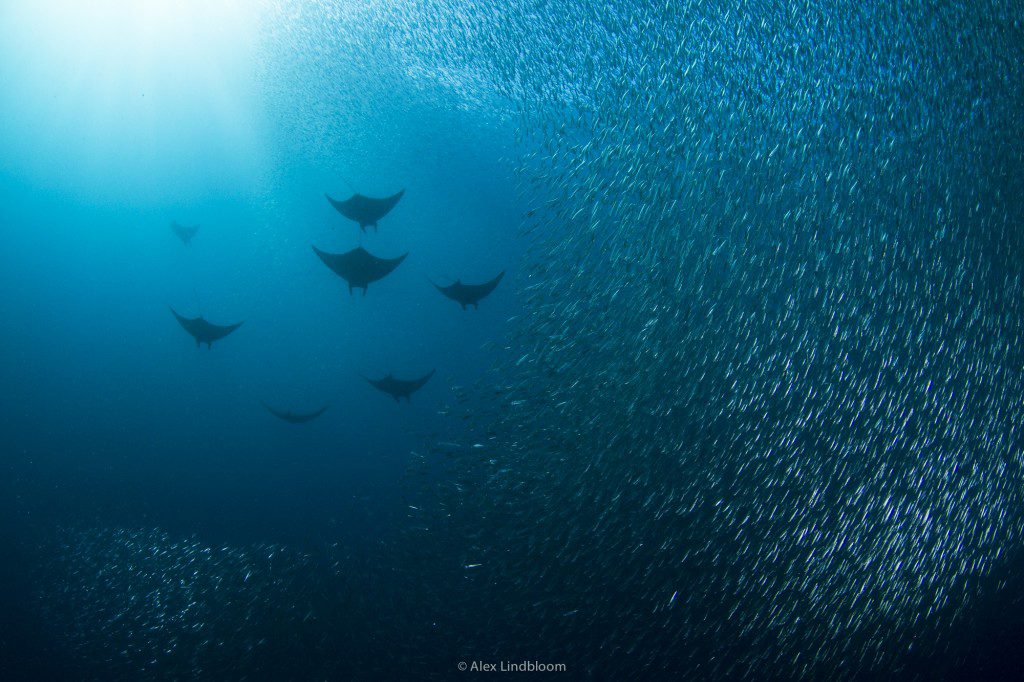 Mobula Rays and their “Dancing” Partners

However, from the perspective of the tiny fish, who were on the menu, I doubt it felt like they were performing a beautiful aquatic ballet, this was survival!