Lionfish: The Beauty and the Beast

I recently read an article about invasive lionfish, which despite being highly sensationalized, made me want to know more the species, especially since numerous species are encountered throughout the Bird’s Head.  Even though I’ve been observing and photographing lionfish in their native habitat for over 4 decades, I learned a few things I thought I’d share.  BTW: I’ve never seen a lionfish in the Caribbean, but obviously the last time I dove there was during the last century. 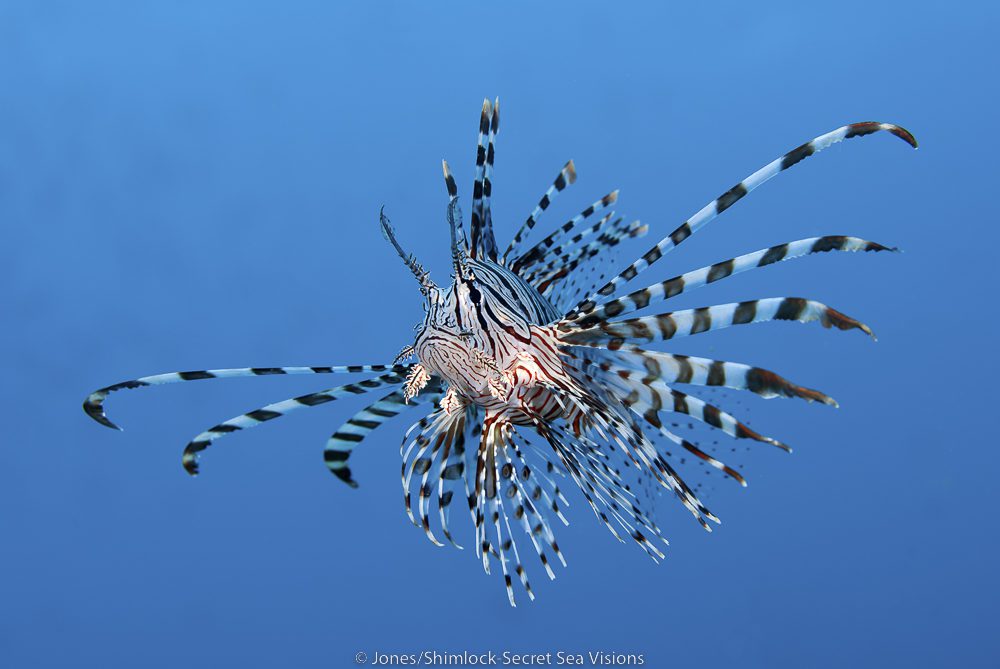 Common Lionfish (Pterois volitans) This is the invasive one.

Besides being an extraordinarily beautiful and photogenic subject, lionfish are an amazingly adaptive species, especially when encountering a new territory.  In their native Indo-Pacific range, they are part of the natural balance of life on a coral reef and their population is kept under control. Typically, a diver will encounter half a dozen or so on a given dive.  Over a dozen years ago we had a researcher join one of our trips.  His goal was to study lionfish in their native habitat to determine how best to control their population in the Caribbean.  After the first dive he asked. “Where are all the lionfish”?  I said, “We saw 3 or 4 on the dive, which was about normal”.  He was gob smacked!  He had never seen so few. 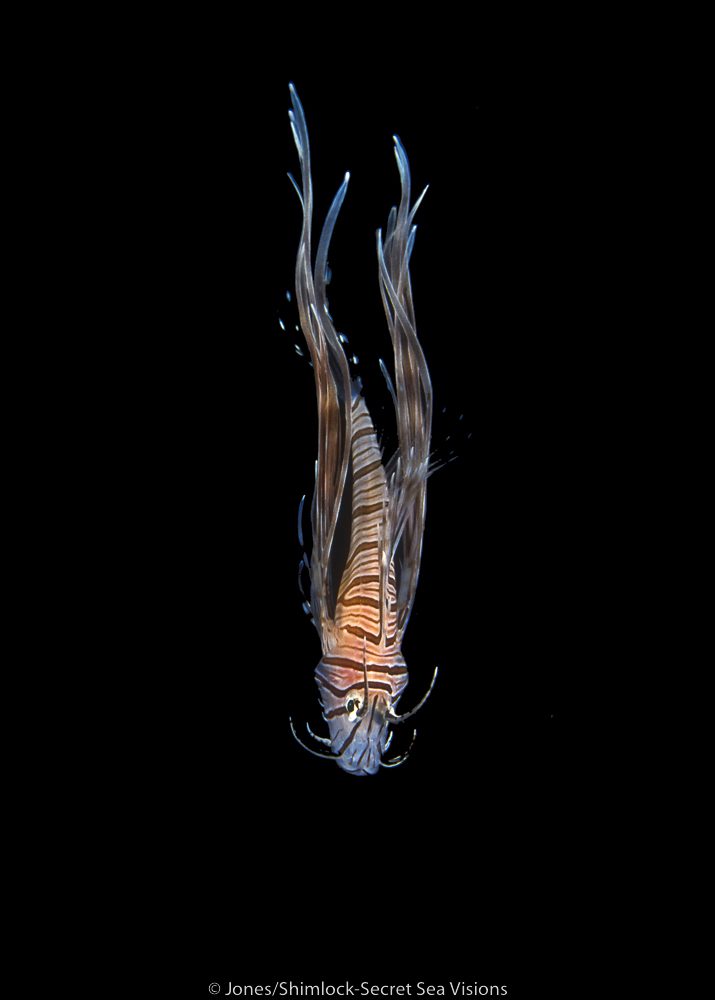 As an invasive species, their number and growth rate is unprecedented.  They are virtually wiping out other species of reef fish in the Caribbean, even in temperate waters of the gulf of Mexico, Atlantic and Mediterranean Sea, at an astonishing rate. Controlling their spread has become one of the highest priorities in academia.  They are the most studied invasive marine species to date!  And from what I’ve read, the challenge is likely insurmountable at least on a large scale.

A study in the Bahamas calculated that lionfish arriving at a new site can eliminate over 80% of other species in…5 weeks!  They can expand their mouth to accommodate prey more than half their size and expand their stomach up to 30 times its normal size.  It can eat a lot! 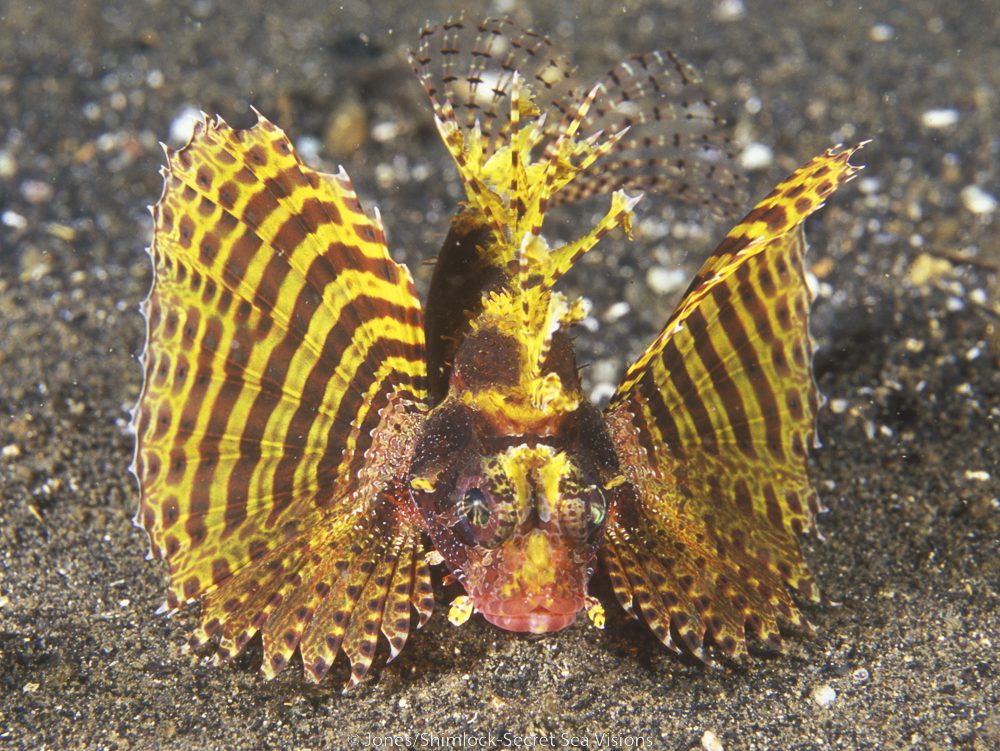 But a lionfish also has the ability to put itself into a kind of hibernation state and not eat for 3 months.  They reach sexual maturity in a year and can live for 15.  In the Indo-Pacific they grow to a maximum size of 12 inches.  In Caribbean waters, 17-inch specimens are encountered.

Their range?  Surface to over a 1000 feet!  And they can survive in estuaries where the water is barely salty.  Tolerating a wide range of temperatures allows them to be found as far north as Rhode Island and south to Brazil. They tend to congregate in large numbers around any sunken object making artificial reefs and sunken ships ideal habitat. 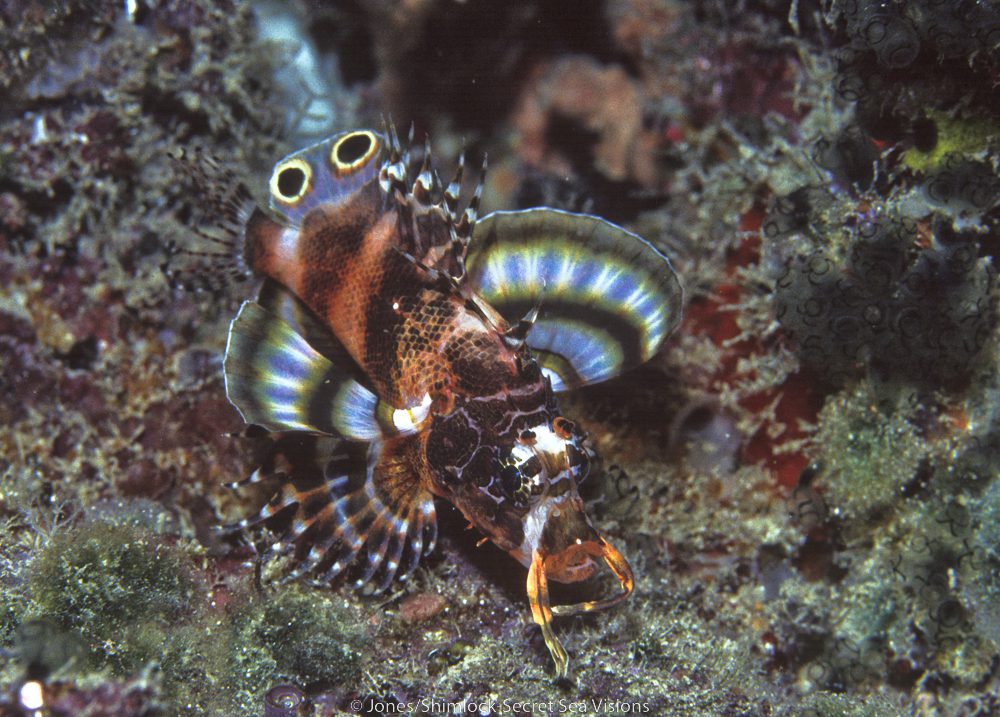 Reproduction?  Astonishing, mind-boggling actually!  A single female produces two egg sacks, containing +/- 15,000 eggs per sack and she does this every…4 days!  A single female living to just 10 years will produce 20 million eggs.  Their eggs, which float with the current, are covered with an oily noxious chemical rendering them undesirable to most predators, and increasing the likelihood of their reaching maturity.

Constantly removing the fish from small areas, like an MPA (Marine Protected Area), seems to be the most effective method of controlling their numbers, which then allows a rebound of native fish populations.  Lionfish spearfishing contests and patrols are becoming popular and apparently necessary! 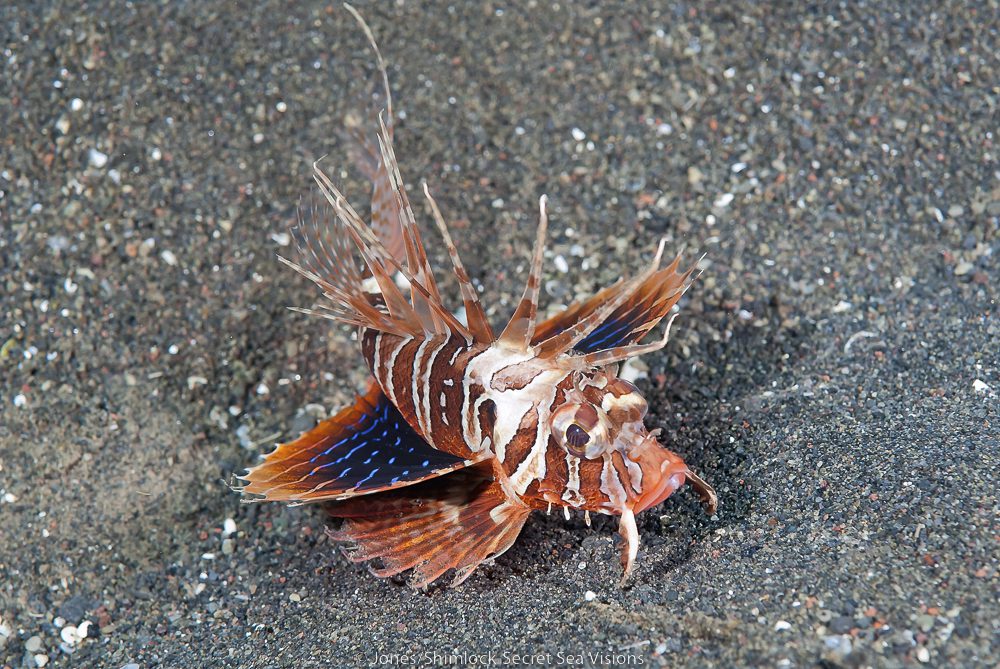 In the Indo-Pacific they are predated by groupers, eels, and sharks.  But in the Atlantic, nothing seems to want to eat them despite efforts to “teach” groupers and sharks to consume them.

For those of us who are fortunate to have the choice of not eating marine-life, we may want to reconsider our decision.  At least regarding one species.  Consider eating lionfish.  Whole Foods even sells them!  Their flesh is low in mercury and contains some of the highest omega-acid content of any fish.  Although I’ve never eaten lionfish, their flesh is apparently quite delicious.  Lionfish sushi is very popular, and their flaky light-white flesh lends itself to a wide variety of sauces. 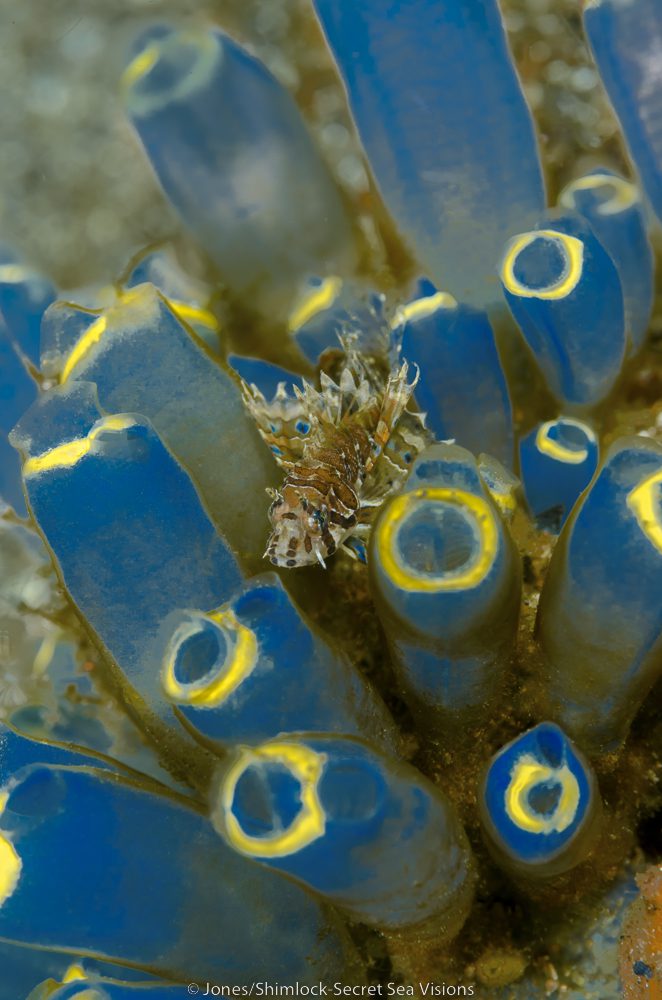 Juvenile Lionfish, sheltering in a cluster of sea squirts.

In the Indo-Pacific, lionfish numbers are so limited they are likely never to become a commercial species.  Throughout the Atlantic, the Gulf of Mexico, Caribbean, and Mediterranean it’s a different story.  They are the only fish species that has no catch, size, or seasonal limits.

Perhaps the best way to deal with their abundance is to become a “lionfish-catarian”. 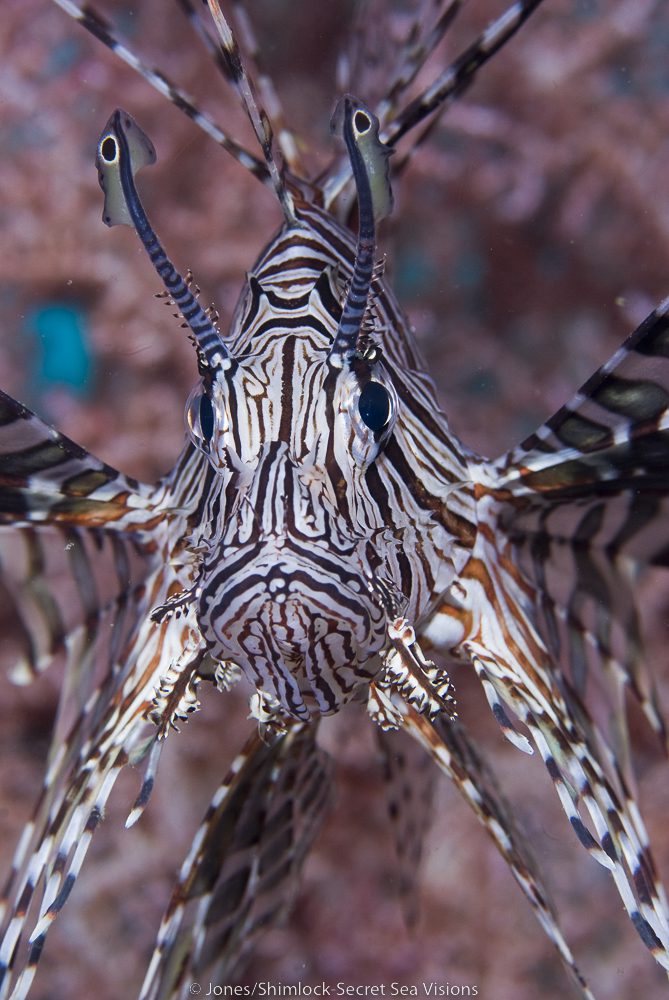 All images from the Indo-Pacific, primarily the Bird’s Head, of course.