How a Disco Clam flashes by Mike Poirier

How a Disco Clam flashes

This article was originally published in the September 2014 issue of the “Goby”, the newsletter of the San Diego Underwater Photographic Society 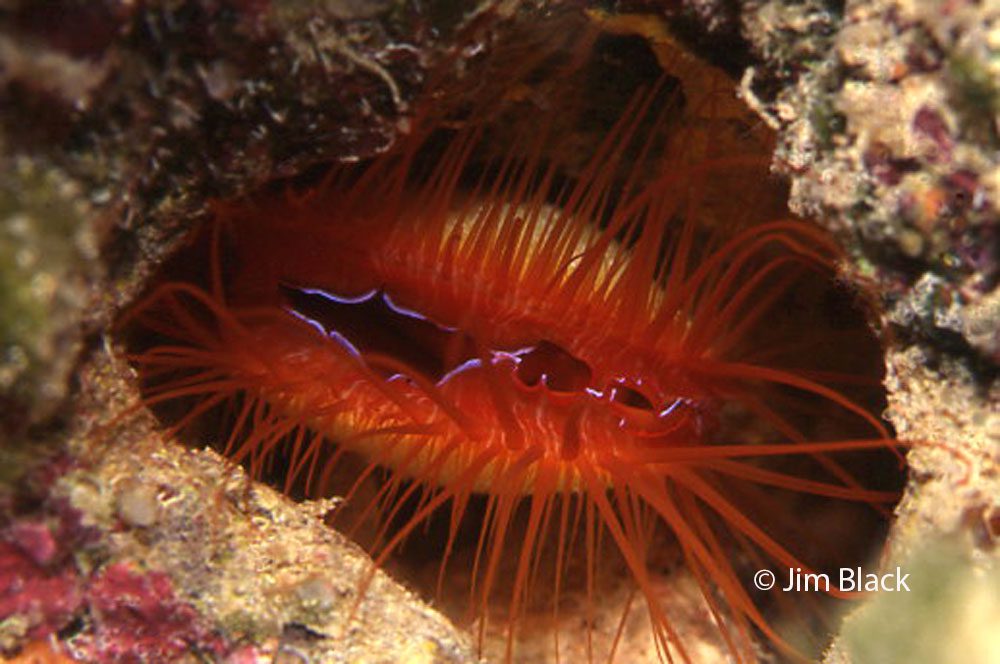 Ctenoides ales, also known as the Electric Clam or Disco Clam, is a species of saltwater clam, a marine bivalve mollusk in the family Limidae, the file clams. The clam has been given these nicknames because its soft tissues flash light like a disco ball. It is the only bivalve known to have light displays. The electric clam is widespread throughout the tropical waters of the central Indo-Pacific region from Indonesia to Palau Islands and New-Caledonia.

Research by graduate student Lindsey Dougherty showed that the apparent flashing-light display of this clam is not a bioluminescence phenomenon, but is instead coming from reflection of the ambient light (sun or diving light). A staff member of the Lembeh Resort in Indonesia, where Dougherty was working with Dimpy Jacobs in August 2013, wrote, “The clams have a highly reflective tissue on the very outer edge of their mantle that is exposed and then hidden very quickly, so the change back and forth from the white reflective tissue to the red tissue creates the appearance of flashing”.

Dougherty went on to discover that the brightly reflective edge of the mantle of these clams contains nano-spheres made of silica, which are very reflective. The mantle edge is filled on one side with nano-size spheres made of silica, said Dougherty. “Silica is very rarely used by animals but has a high refractive index, which makes it a great reflector.” The mantle’s other side is very good at absorbing light, resulting in the alternating, or flashing, light effect when the lips flap open and closed. Bivalves are filter feeders, so their shells are constantly opening and closing in order to let water pass over their gills to pick up food, explained Dougherty.

“The tissue furls and unfurls back and forth to expose the two distinct sides about twice a second,” she explained. When they’re startled—by a fake predator in a lab test, for example—”their flash rate jumps up to four times a second,” she add-ed. The researchers studied the phenomenon using high-speed video and other tools. The key question now hanging in the air like a disco ball is why the clams do what they do. For her part Dougherty suspects the clam’s flashy display may serve a signaling function of some kind or may ward off predators. “We’re also testing to see if they use the light to lure in prey or to recruit one another to settle nearby for spawning purposes,” she said. “It’s very fascinating to think about what factors led to the development of this flashing,” Dougherty said, since no other bivalve displays light in such a manner. “Disco clams are pretty unique”.

By Mike Poirier is the editor of the “Goby”, the newsletter of the San Diego Underwater Photographic Society.