This is the first of a three-part interview with Dr. Gerald Allen, one of the world’s foremost ichthyologists. 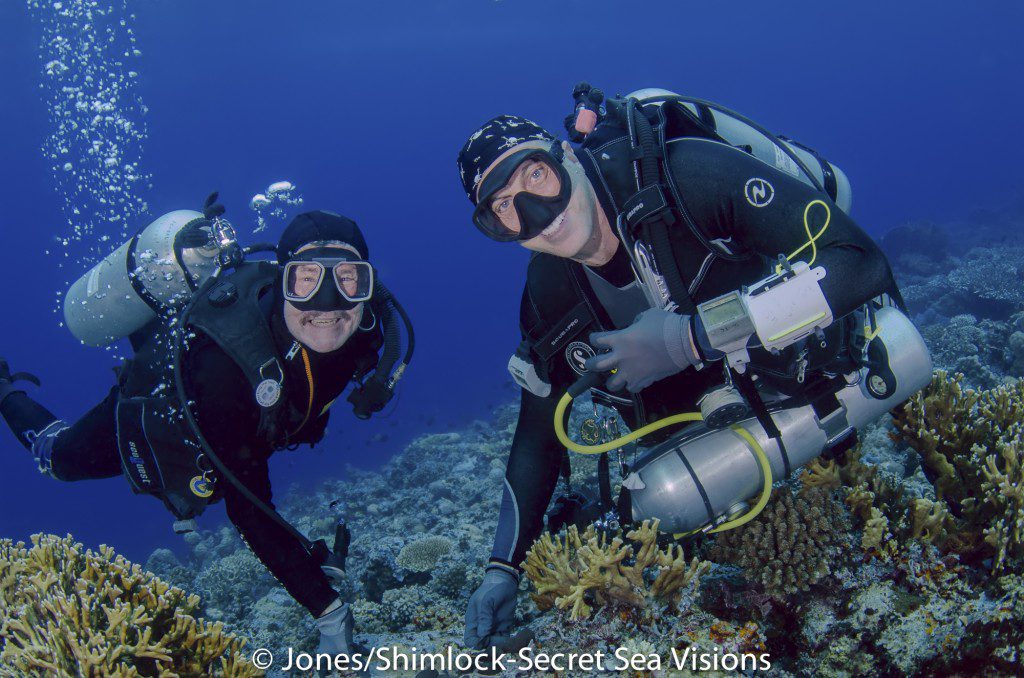 Drs. Allen (left) and Erdmann on the reef (Cenderawasih Bay 2013)

Gerry dives frequently in the BHS, mainly looking for new species. But he is also the person responsible for many of the seminal surveys that established the Bird’s Head as the planet’s most diverse tropical marine environment. For more than 24 years Gerry was the Curator of Fishes for the Western Australia Museum (Perth). During his tenure, Australia’s fish count increased from around 600 to over 2000 species. During the dozen years Gerry has dived around the Bird’s Head, the fish count has grown to over 1700. Author of more than 33 books and 400 scientific publications, Gerry’s work is known to the dive community through his books on anemone fish, butterflyfish, and the classic Reef Fish Identification: Tropical Pacific which he coauthored with Roger Steene, Paul Humann, and Ned DeLoach. Most recently Gerry co-authored the three-volume comprehensive set, Reef Fishes of the East Indies with Dr. Mark Erdmann, vice-president of Conservation International’s Asia-Pacific marine programs. During his 40-year-long career Gerry has logged more than 12,000 dives. We have had the pleasure of diving with him frequently. Besides counting fish and looking for new species, Gerry has an overflowing archive of some of the funniest dive stores we’ve ever heard. 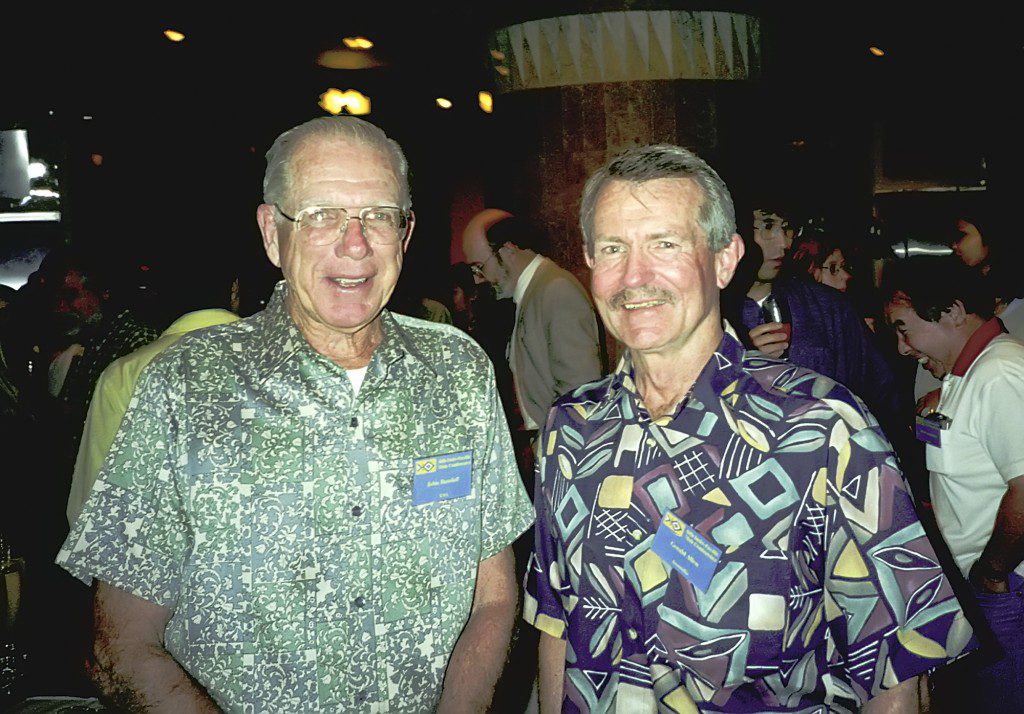 BHS: Anyone who has ever dived with you knows that you love jokes as much as you love science. Let’s get the pranks out of the way so we can get serious and talk diving science. What was your most memorable underwater prank?

GA: Most people know that my mentor is the renowned Dr. Jack Randall from the University of Hawaii. My respect for Jack knows no bounds, but that didn’t preclude some pretty nasty tricks like the time Jack and I were diving with Roger Steene in the Maldives. Roger and I had both been attacked by a “killer” Titan Triggerfish. I’ve known my share of aggressive triggerfish, but this one was one of the most ferocious I’ve ever encountered. This thing came off the bottom like a rocket and grabbed my leg. I dropped my camera and the fish actually picked it up by the strobe arm and swam off a short distance with my camera in its teeth. After it bit Roger on the elbow we decided, rather cruelly I’ll admit, that Jack needed to meet this fish. We had devised a signal whereby if one of us saw something interesting we could get the other’s attentions so Roger and I positioned ourselves on the outer reef away from the fish and started waving and signaling wildly. Jack came rushing over, making a beeline for us. He got right over the triggerfish and the bloody thing shot up like a heat-seeking missile and grabbed him just south of his testicles. Fortunately only Jack’s leg got bitten. I really couldn’t have lived it down if he had been injured in any other way. 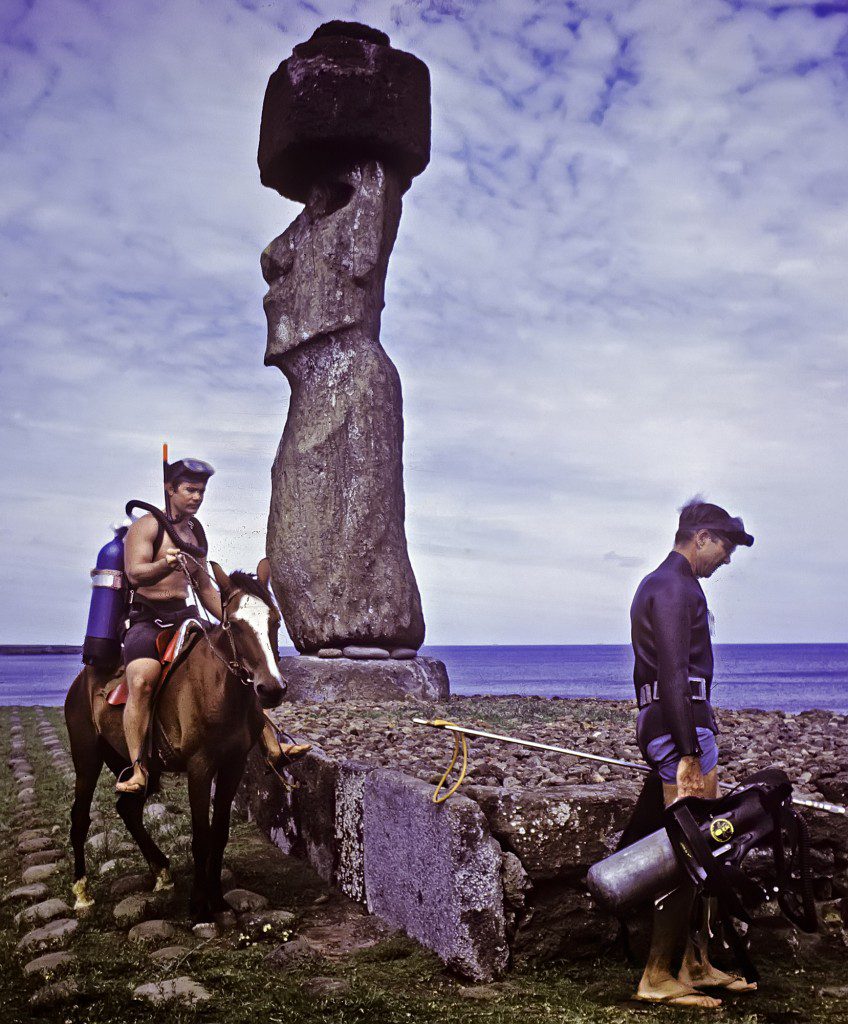 BHS: OK, now that we’ve established what a crazed diver you are, tell us how you decide where to dive in order to document an area like the BHS.

GA: So, the Bird’s Head Seascape is an 180,000 square kilometer area comprised of more than 2,500 islands and reefs. What we’ve been trying to and have done fairly successfully, is to identify a region’s “hot spots” or areas of extreme diversity. In other words, the ones we need to protect the most. In a region like the BHS this is a logistical nightmare and almost a physically impossible task. It’s just too large and too diverse. 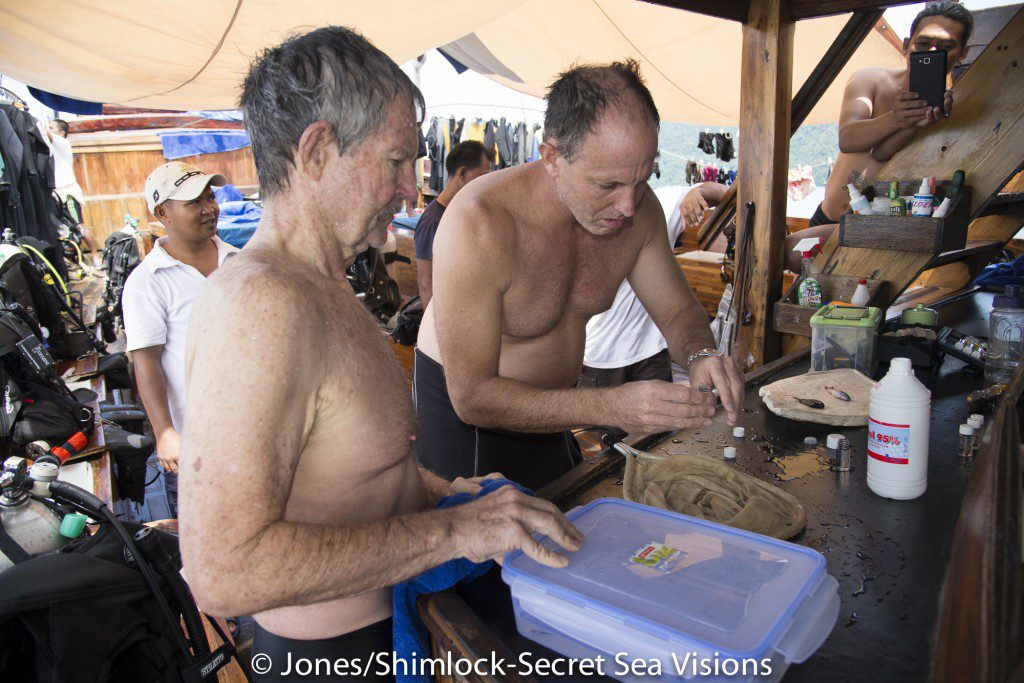 BHS: So if you can’t survey every reef and count every fish, how do you decide where to dive?

GA: This is where a RAP, Rapid Assessment Project comes into play. I’m the fish guy so I go into the field and dive the most likely spots like reef corners and current-prone channels and take a quick look at certain indicator species. I’ve got this index, the CFDI, Coral Fish Diversity Index, that estimates fish populations by reckoning the numbers of conspicuous indicator species. Of course that means I’m making lots of long, very long dives, usually between 90 minutes and two hours. 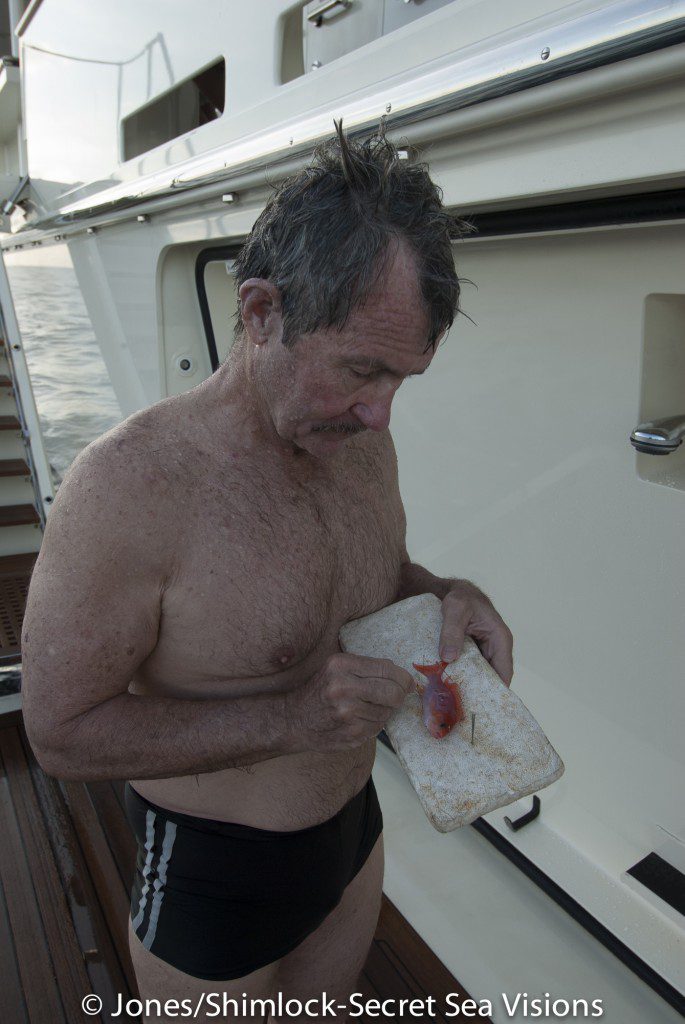 BHS: I know you’ve logged several thousand dives in the BHS alone. Do you ever take the time to go back and resurvey an area?

GA: It depends on where and why. One of my favorite places to dive in Raja Ampat is Cape Kri near Sorido resort. Over a decade ago, years before Raja became THE place to dive in the world, I counted 327 fish species on a single dive. I went back about two years ago and couldn’t believe the positive changes on the site. Most impressionable to me was the fact that the fish had become accustomed to divers. I didn’t even have to look for fish. They found me! The survey was the highest species count I’ve ever tallied on one dive, 374 distinct species in 90 minutes!

BHS: That is an incredible story, and one that supports the assumption that diving tourists support conservation work in multitudinous ways. 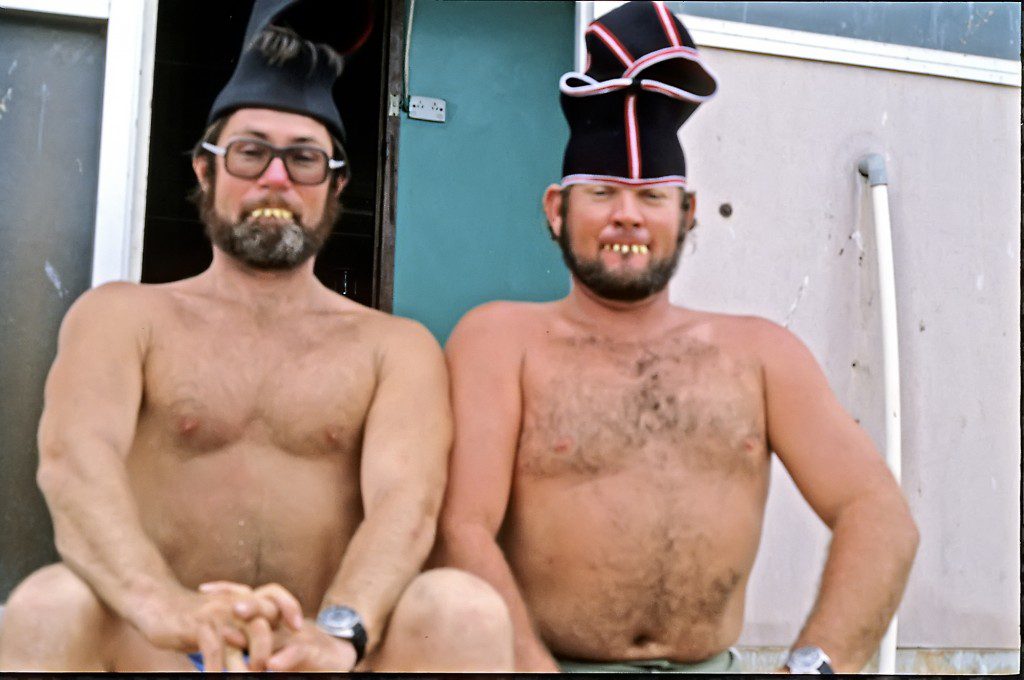 We’ll post more from Dr. Gerry Allen on this site soon. (And yes, we have more funny vintage images of Gerry) Stay tuned.