I won’t bother listing the biological and geographical assets, which make Triton Bay such a special place – almost every other contributor here is more qualified than I am to do that. Similarly, I won’t wax poetic on the charms of diving in Triton because the images on this site demonstrate that better than anything I could possibly write. Instead, I’ll share a story that embodies why I love Triton so much. 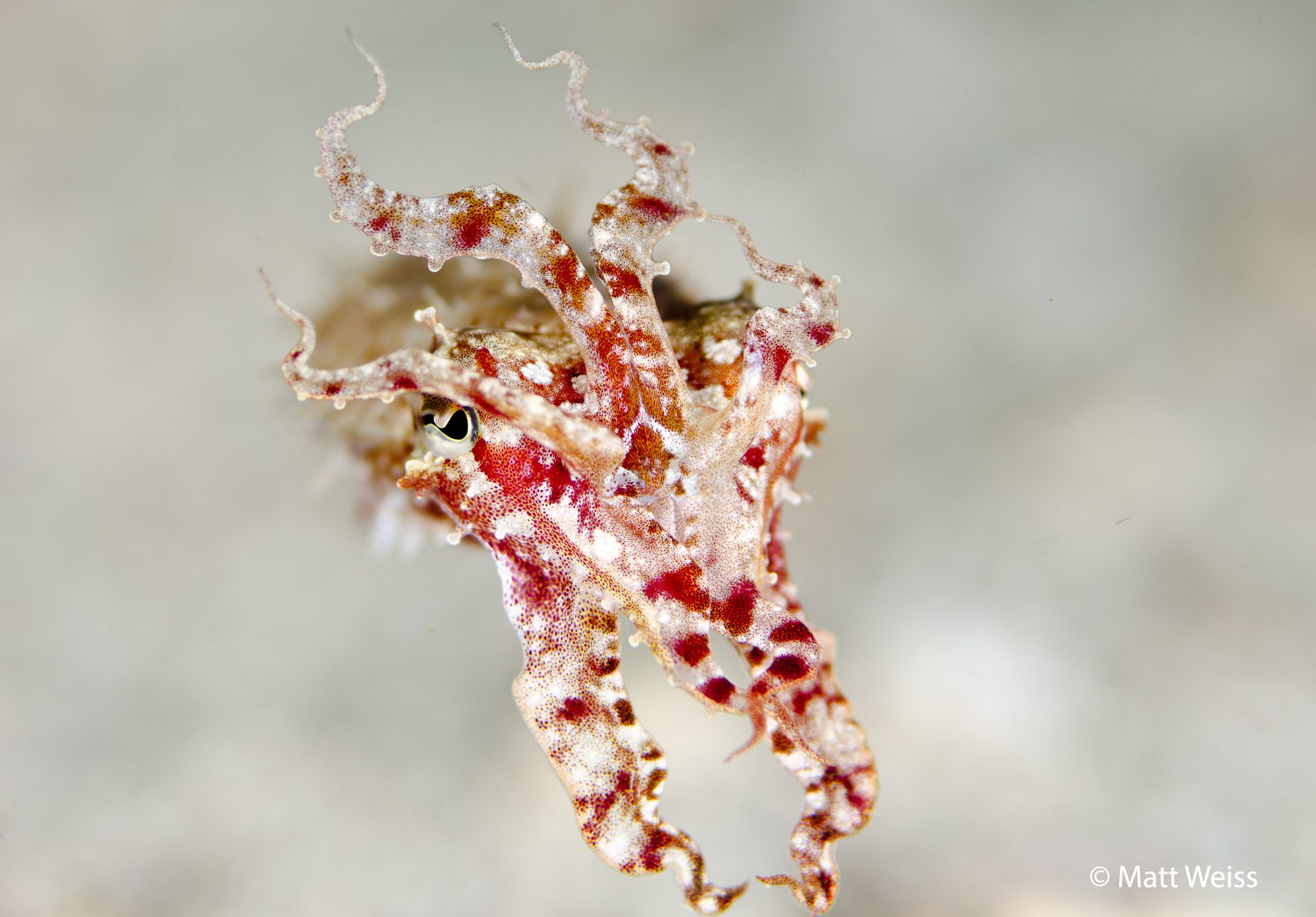 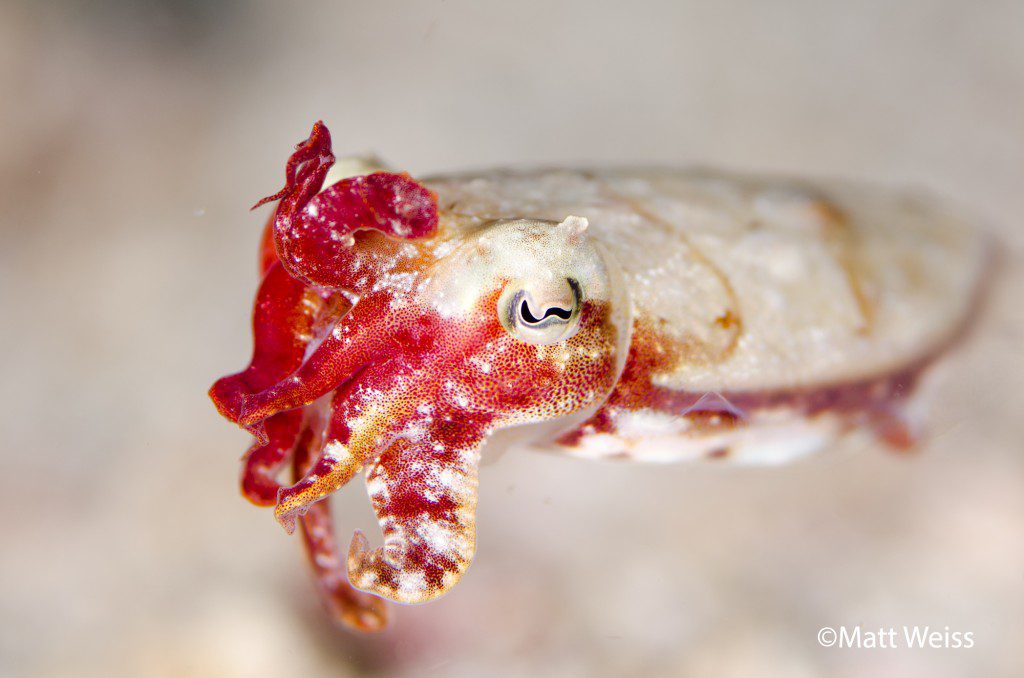 Triton Bay is known for it’s magnificent soft coral growth, but on a 2011 Dive Photo Guide expedition, we learned that this area also offers some incredible macro shooting. About halfway through our trip, the visibility dropped to less than 30 feet, and so we were forced into shooting macro. Searching for small stuff on a sandy slope I came across a pygmy cuttlefish. The cuttlefish was clearly worked up and was flashing all kinds of colors and making weird jerky movements. I looked around to find the cause of all this excitement and soon noticed another pygmy cuttlefish nearby. The two got closer and closer to each other, dancing around and flashing colors until they became all tangled up and, to the best of my knowledge, mated. It happened quite fast, but one of the cuttlefish opened its tentacles really wide, and the other one swam towards it and stuck its tentacles inside, presumably depositing a sperm packet. While I felt a little uncomfortable watching cuttlefish sex, I held down the shutter button during the entire event. Afterwards, the male, looked right at me, shot out some ink, and then flashed the most intense colors I’d ever seen from a cuttlefish. I think he was happy with his performance. 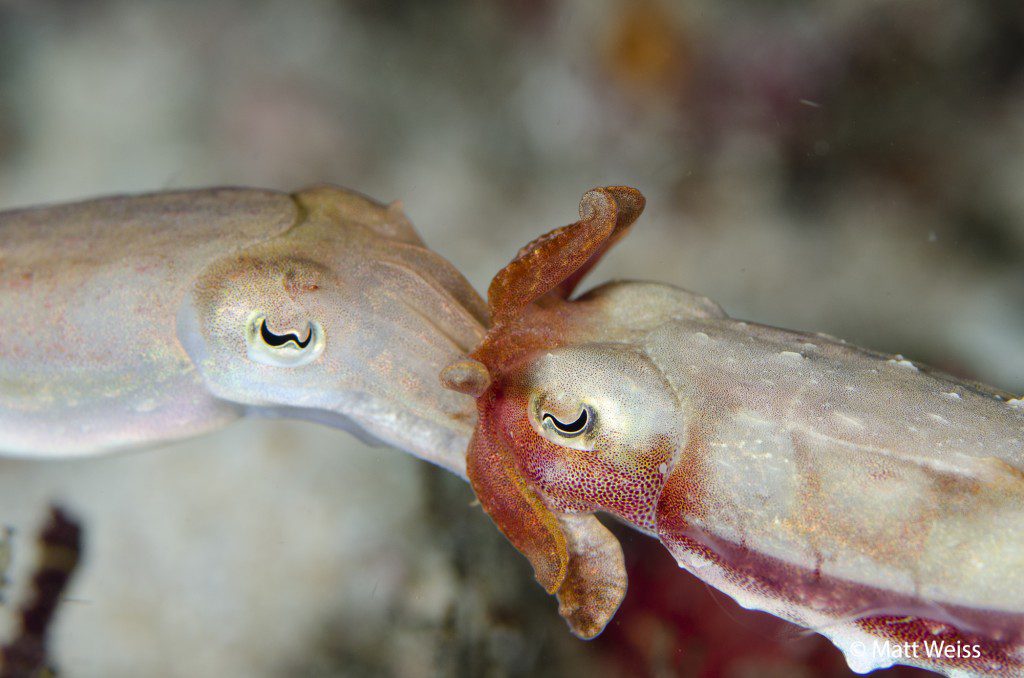 I felt a presence behind me so I looked back thinking another diver had just shared this fun little experience with me. It was no diver though, it was a whale shark swimming very slowly about 20 feet above me. Yup, that’s Triton Bay, where voyeuristic whale sharks ogle cuttlefish sex.

I’m sure this isn’t common, and I wouldn’t expect to experience a similar encounter on my next trip to Triton, but I always anticipate seeing something completely new in this part of the BHS, especially because it is dived infrequently. That’s the joy of diving Triton – it’s full of surprises and it’s always an unforgettable adventure.

Matt Weiss is the Publisher and Editor-in-Chief of Dive Photo Guide- www.divephotoguide.com