Coming Back by Alex Lindbloom

As the Komodo season comes to an end I’m looking forward to the Raja season.  It’s right around the corner and with so much to offer in those magnificent waters I can’t help but day dream of what is in store for the next few months. Here’s a look at what I’m most looking forward to about for the upcoming season. 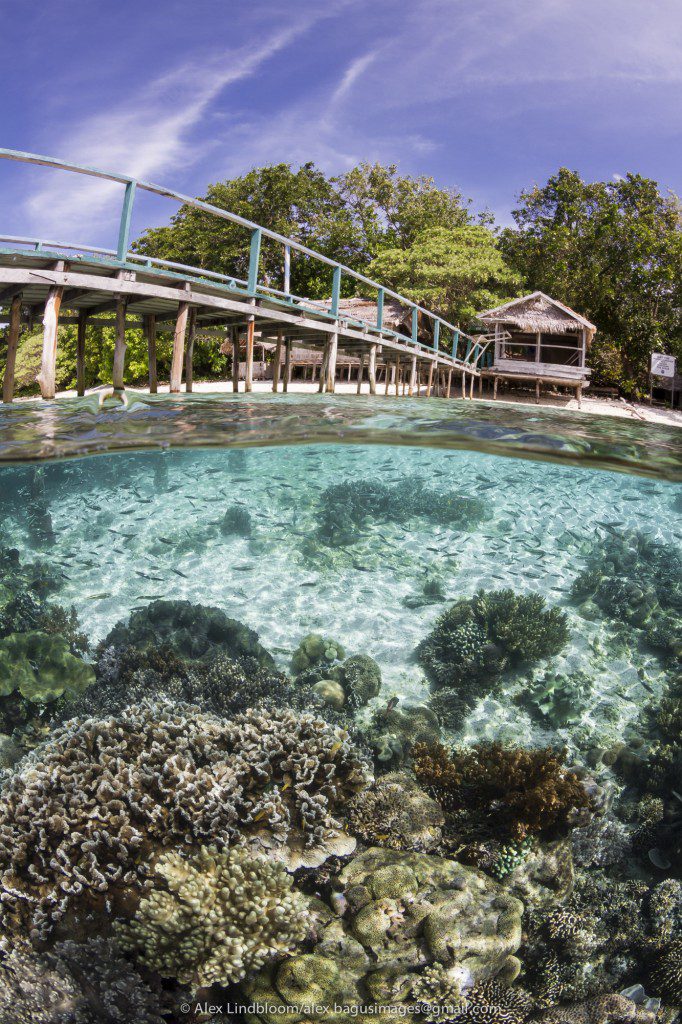 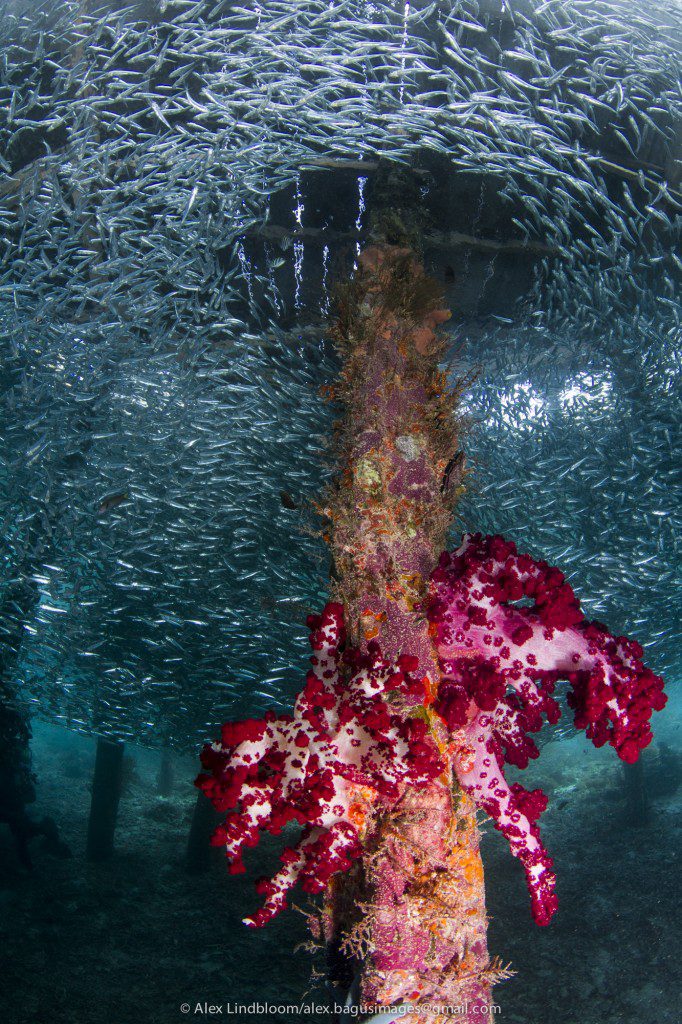 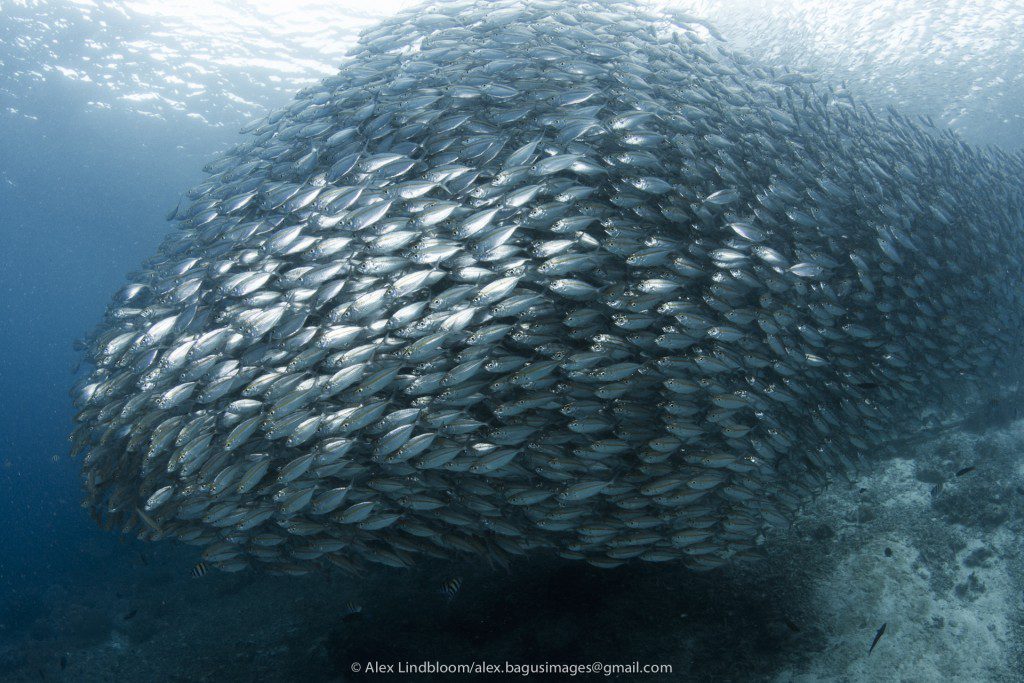 Airborek Jetty is probably in my top five favorite dive sites for several reasons. First of all it can have everything from mantas to blue ring octopus, often at the same time. The coral covered pilings themselves creates a very unique backdrop completely different to that of a typical reef dive and the shoals of fish, like ox-eye scads, that often congregate below the wooden structure are mesmerizing. 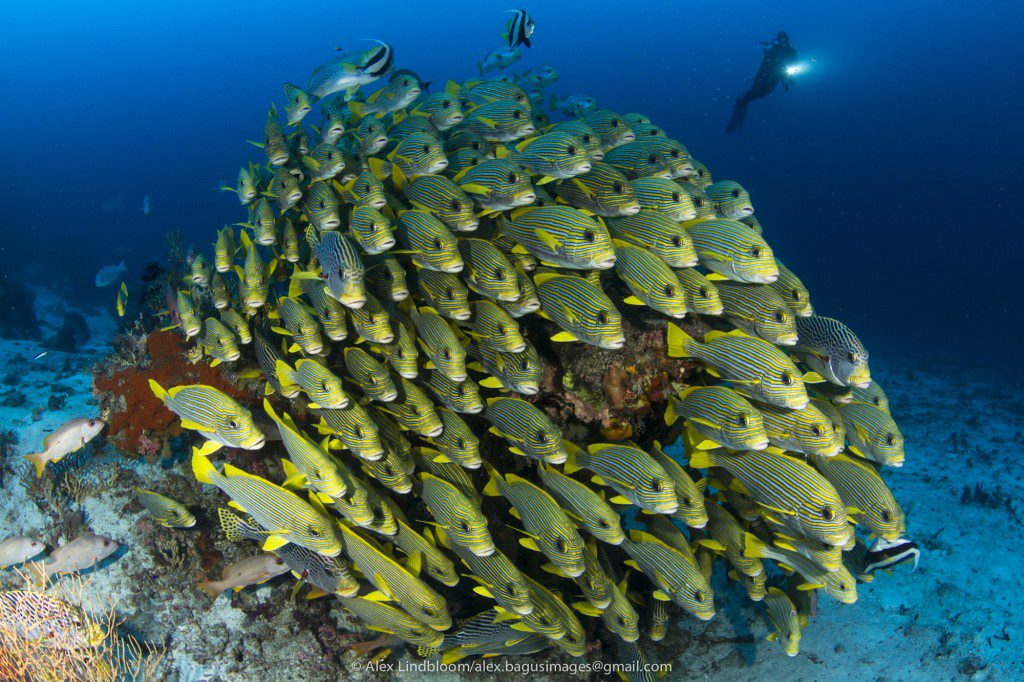 The large uniform schools of sweetlips that group together at the base of a few of the sloping reefs are in such incredible numbers, upwards of a hundred individuals, and create the most densely orchestrated formations. Once you’ve found a group of them it is more or less a guarantee that they will be in that same area for the entire season and each week I love to pay them a visit. I can’t imagine that you can find groups of sweetlips such as these in too many places in the world. 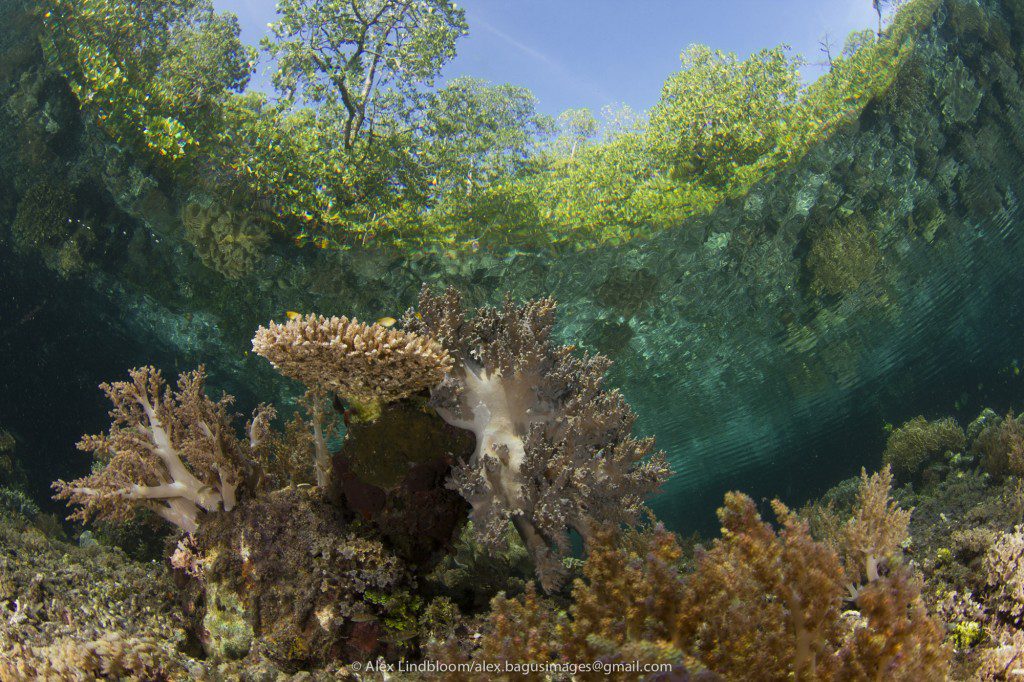 Reef near surface in Mangrove area 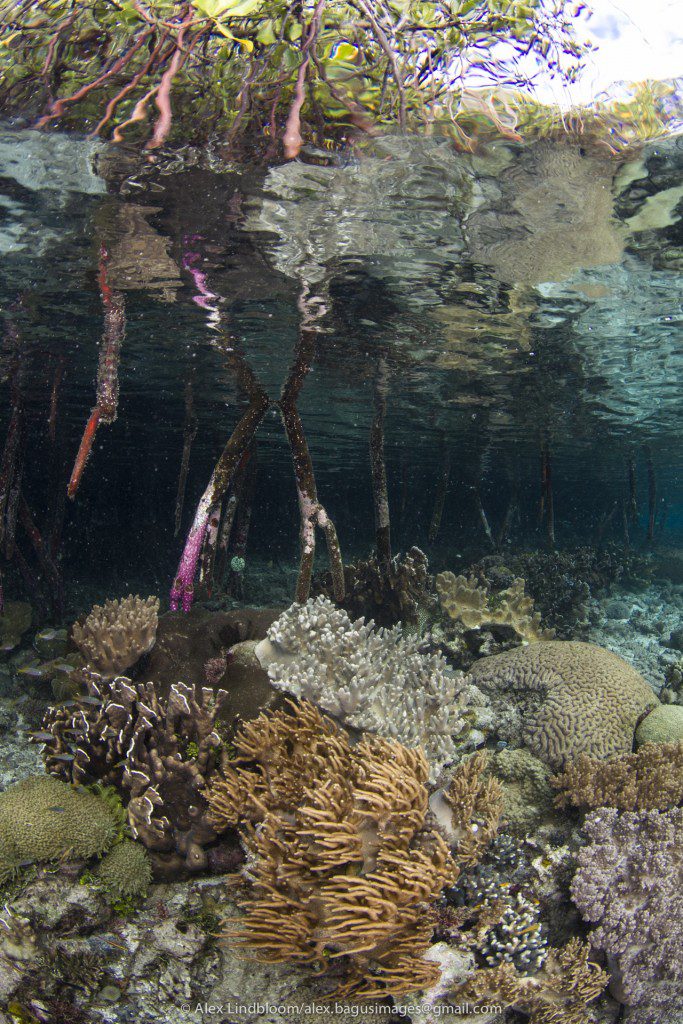 Coral at base of mangrove roots

Throughout the entire region of Raja Ampat you can find the most beautiful hard and soft coral reefs that can literally go to the surface. Not only that but in several locations you have lush mangroves whose roots extend right into these pristine reefs making for the most surreal shallow reef diving you could imagine. 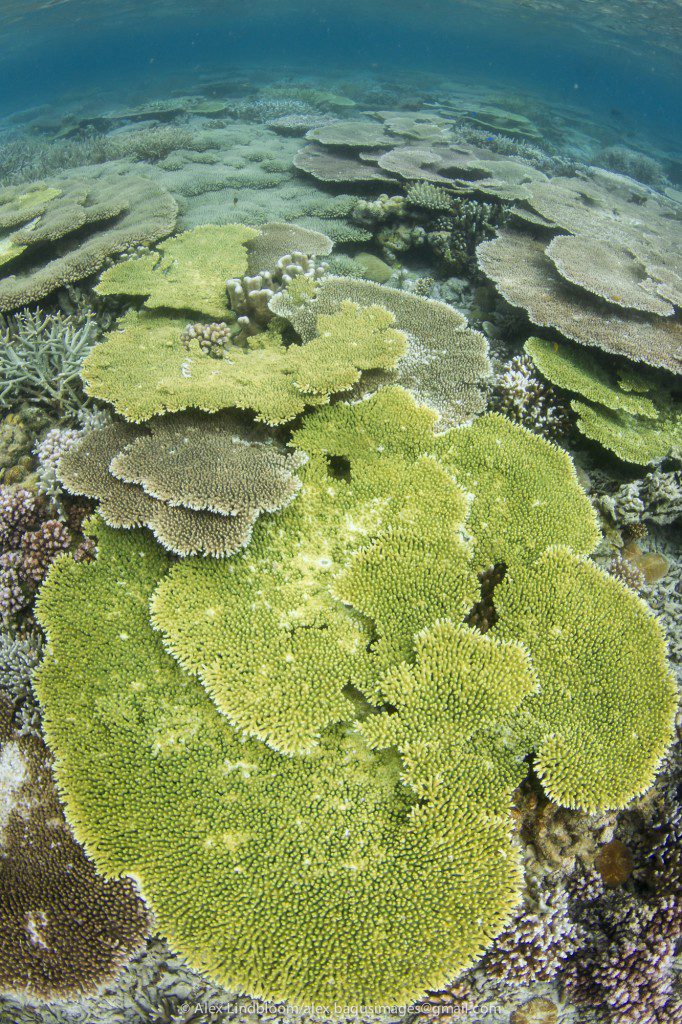 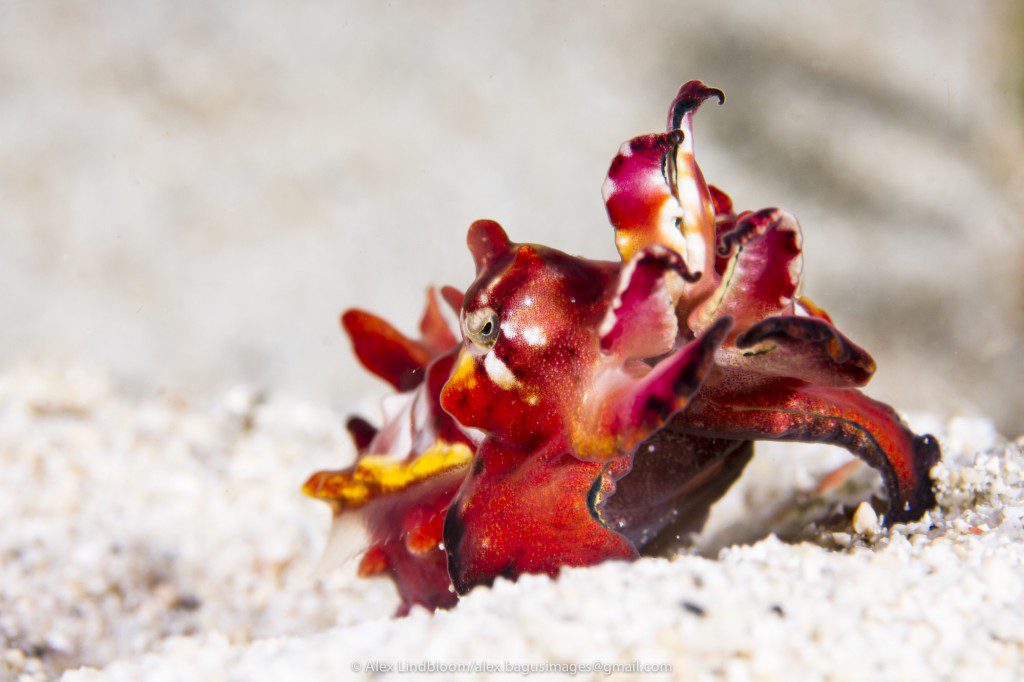 Raja Ampat has what seems like an infinite amount of amazing things to look forward to such as the numerous mantas, the ever present pigmy sea horses, and rainbow colored caverns and swim throughs. For everyone that has been to or is familiar with the area their list may be far different, but no matter what’s on the list, if you’re retuning to Raja or coming for the first time you will no doubt be blown away.