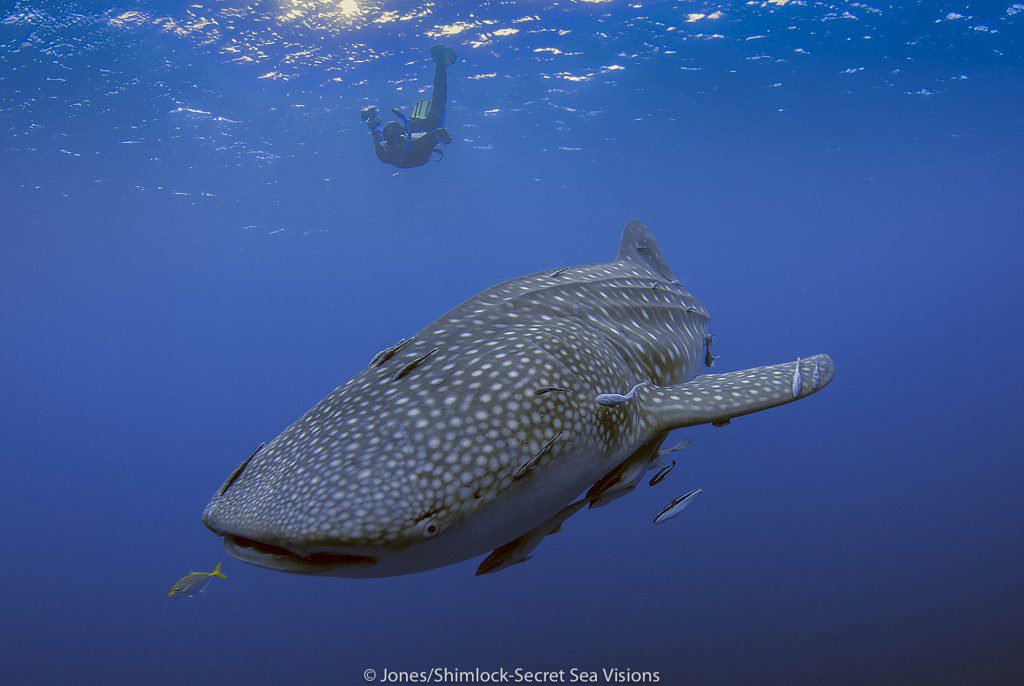 (Rhincodon typus). Whale sharks are the world’s largest fish and like all sharks are endangered.

It’s Conservation International’s pleasure to announce the launch of a webpage that tracks in real-time whale sharks that were tagged in the Bird’s Head Seascape by Dr. Mark Erdmann’s team. Click here for the Whale Shark Tracker

This app’s map is clickable and shows the path of ten whale sharks over the past 60 days. As the fin-mounted tags transmit data to satellites, their locations – after an intentional 24 hour delay – will be updated automatically on this page.

Another app feature is the “Who’s Who” carousel, which displays images of each individual shark and includes dynamic content like when the shark last reported data, and the distance from its previous location. This is outstanding content.

Click over to the app and begin tracking your favorite shark! 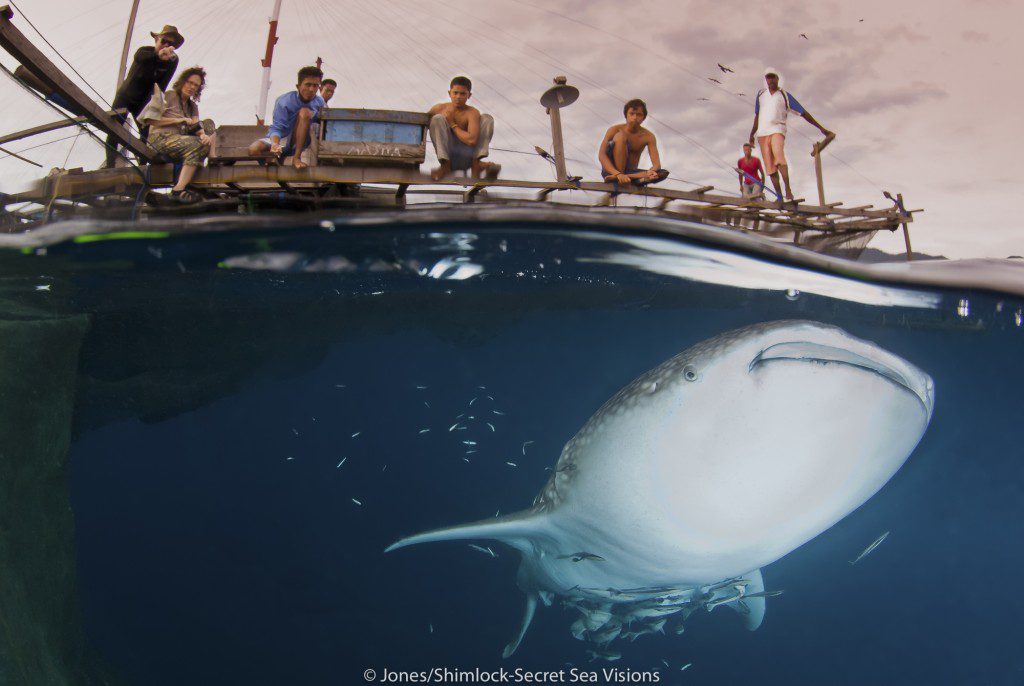 Cenderawasih Bay in Papua, Indonesia. The sharks are attracted to the local fishing boats called bagans where they are hand feed by the fishermen.

Read the latest Conservation International blog on the partnership between CI and the Georgia Aquarium to further expand scientific knowledge of the world’s largest fish.

This was a large team effort.