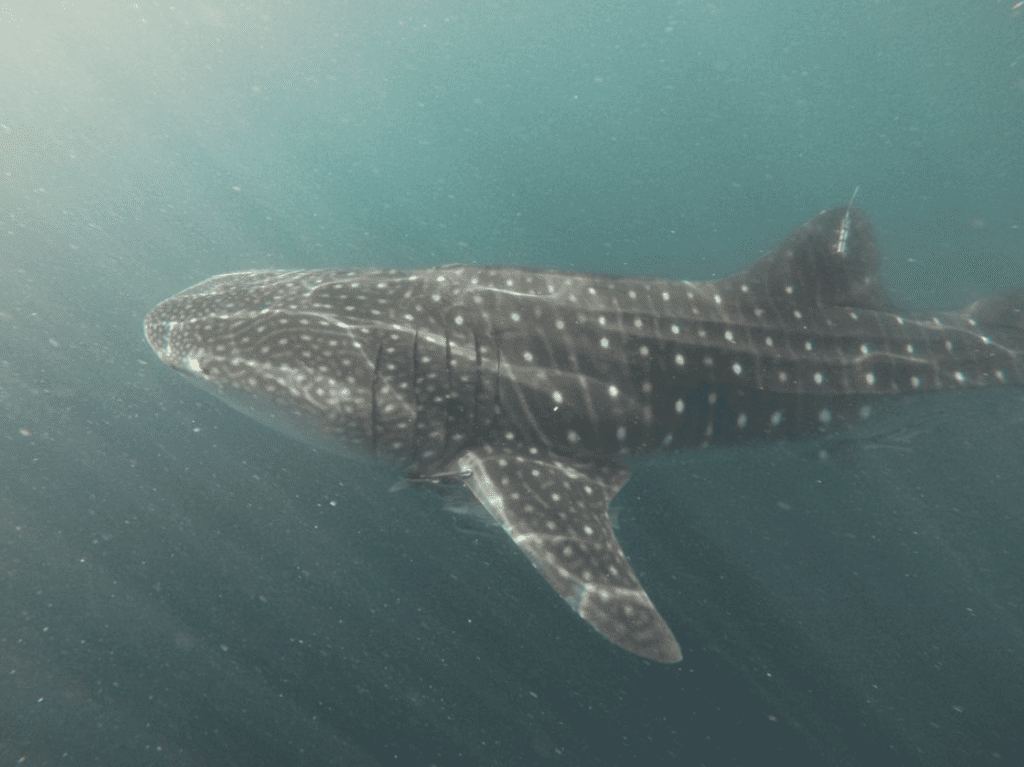 “Susi” the whale shark, pictured above, swimming in the Pacific after being tagged. (© Abraham Sianipar)

Many visitors travel to the Bird’s Head Seascape to swim with the whale sharks of Cenderawasih and Triton Bays.  Almost all of the sharks seen are males.  The recent rare sighting and tagging (the first ever!) of a female whale shark in Triton Bay was a cause for celebration.  The shark was immediately named in honor of Indonesia’s pro-conservation Minister of Marine Affairs and Fisheries, Susi Pudjiastuti.

The day we found the female whale shark started like any other whale shark taggingexpedition. Our team, comprised of Conservation International scientists and local governmental representatives from Kaimana, West Papua, were diving near Triton Bay….