Re-wilding a charismatic shark species in the Bird’s Head Seascape: Zebra Sharks to be hatched in Raja Ampat by Maurine Shimlock

Administrators note: This will be the first in a series of articles about Zebra (Leopard) sharks and the plans for recovering their population in Raja Ampat. 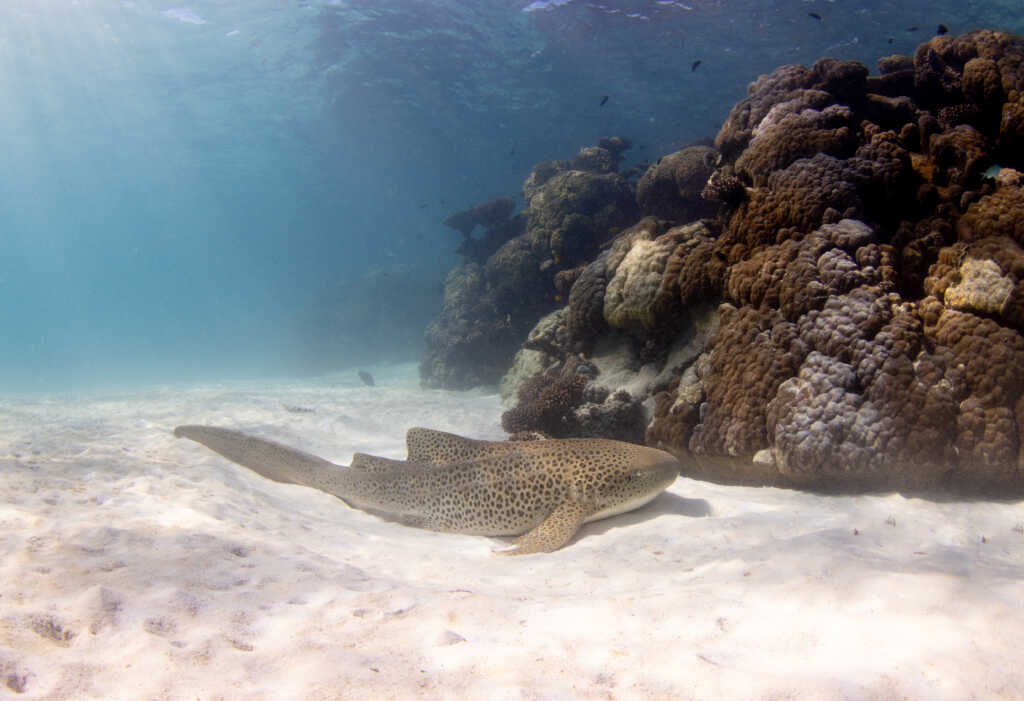 Zebra sharks (Stegostoma tigrinum), also known as Indo-Pacific leopard sharks (the juveniles are zebra-striped and adults are leopard-spotted) are endangered throughout Southeast Asia. But in the US, successful aquarium breeding programs have produced a plethora of the elasmobranch’s egg cases.  (Zebra sharks are oviparous, meaning they lay external eggs.) An enthusiastic team of scientists and conservationists representing Indonesian government agencies, academia, NGOs and large aquariums associated with the AZA (Association of Zoos and Aquariums) believe they can transfer captive-bred egg cases to the wild, potentially restoring self-sustaining populations of these charismatic but highly threatened sharks in key areas throughout their range. Known as the StAR (Stegostoma tigrinum Augmentation and Recovery) project, this groundbreaking initiative launched, with a generous initial grant from Fondation Segré, will commence next year when the first precious shipment of zebra shark egg cases arrives in Raja Ampat. 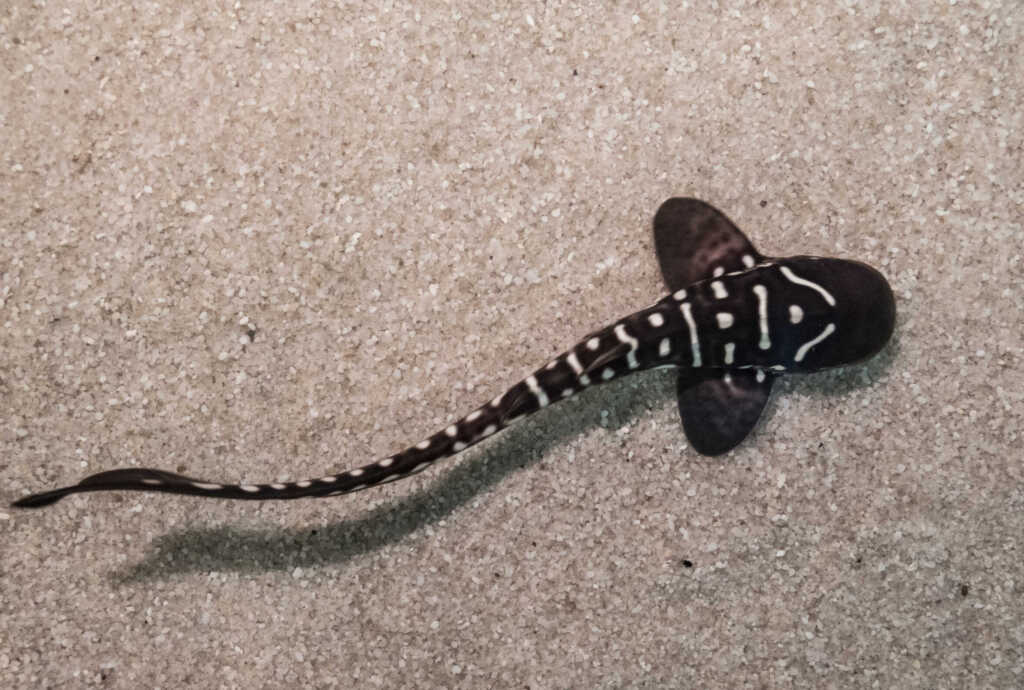 Heavily fished in Raja Ampat during the late 1990s and early 2000s, the zebra shark population is believed to be so low and so geographically fragmented that it has not recovered like other shark species since Raja’s shark fishing ban went into effect in 2013.   Raja Ampat was selected as the zebra sharks’ initial “rewilding” site primarily because of its very well-developed network of marine protected areas (MPAs) and because it is one of the few places throughout the Coral Triangle region that bans shark finning or fishing for any shark species.

Dr. Fahmi, Senior Researcher at LIPI, the Indonesian Institute of Sciences, and one of Indonesia’s most respected shark scientists, sees StAR as a winning combination of conservation and education. “I am very excited to see StAR taking place in Indonesia with cooperation from multi-national and multi-institutional partners. The success of StAR will not only restore an endangered species using robust scientific methods, it will also benefit Indonesia’s reputation as a nation concerned about shark conservation.  There will also be a lasting benefit to our young Indonesian scientists and conservationists who will gain a great deal of knowledge about other egg laying shark species, and who will be able to use this knowledge as similar conservation programs expand to other areas within Indonesia.”

Nesha Ichida, the Indonesian Project Coordinator, is one of the young Indonesian scientists working with StAR. Nesha is a part of Thrive Conservation, an Indonesian NGO which places young, committed Indonesians in challenging conservation projects. Besides handling the copious paperwork and permits for StAR, Nesha liaises with the myriad partner organizations necessary to bring a project like StAR to fruition. Excited to be working on such an innovative project, Nesha believes that StAR has the potential to help zebra sharks survive and even flourish. As an emerging scientist, she is thrilled to be able to witness firsthand “the zebra sharks’ early development, movements, growth, formation of their special identification patterns, and so much more.” 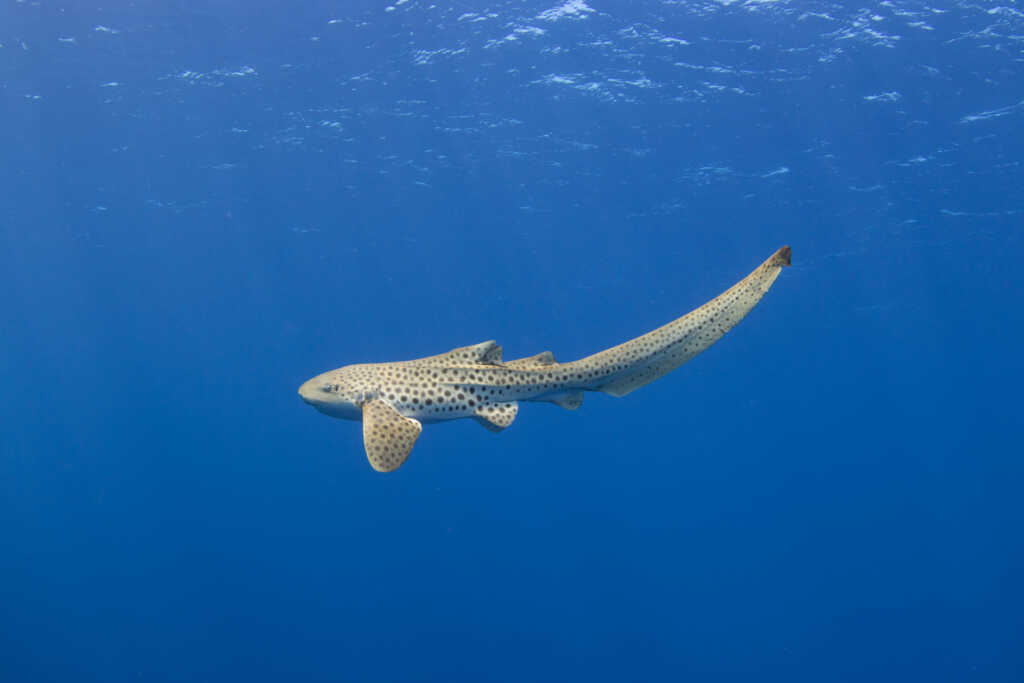 Professor Dr. Charlie Heatubun, the Head of the Research and Development Agency of West Papua Province (where Raja Ampat is located), is also a professor at the University of Papua (UNIPA) and represents these key institutions within StAR.  Dr. Heatubun foresees that the rewilding of zebra sharks in Raja Ampat will not only benefit scientists, but also local communities within Raja Ampat as well as the environment.  “Saving one of Nature’s assets, like these sharks, will positively affect the marine ecosystem of Raja Ampat. I believe the global diving community will respond with increased tourism, which will have a beneficial effect on the regional economy.  While Raja Ampat’s unique marine and terrestrial diversity are a major attraction on their own, one of the West Papua government’s main strategies is to implement sustainable development throughout the region.”  West Papua passed initial legislation in 2015 declaring itself Indonesia’s first Conservation Province. In 2019, the provincial legislature passed regulations that committed the province to sustainable development principles, including “the protection and prevention of the extinction of endemic species, and the implementation to safeguard rare and endemic species,” says Dr. Heatubun. 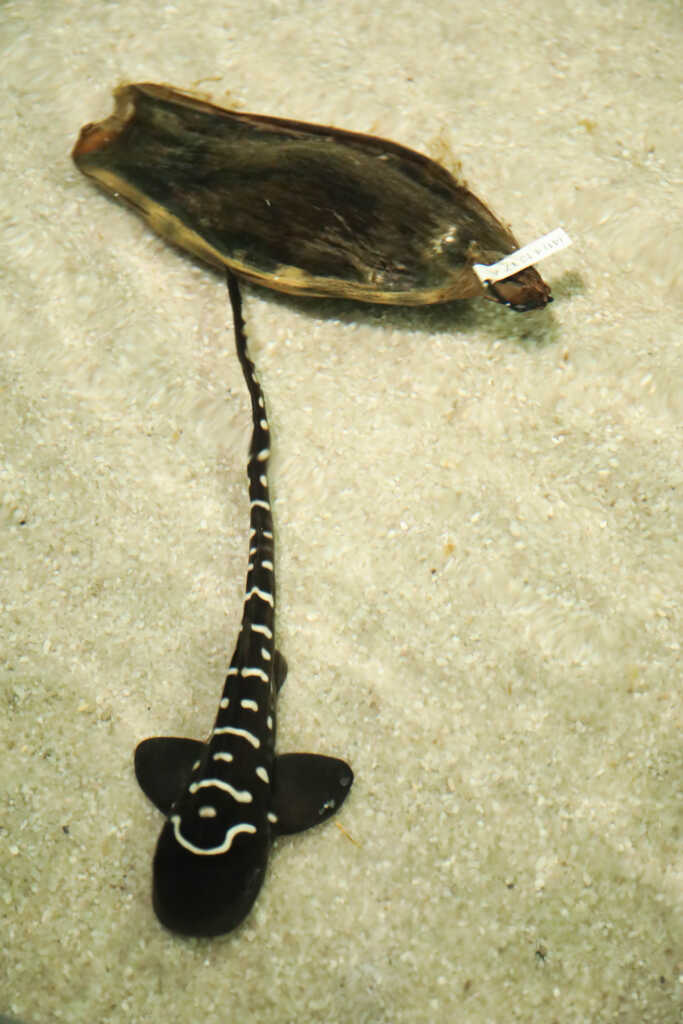 Once those hardy egg cases arrive in Raja Ampat they will be hatched and raised at two custom-built hatcheries to a size of approximately 70cm in length and 1kg in weight, at which point they will each be tagged with a special acoustic tag and an RFID tag to enable close monitoring of their survival and movements post-release. The goal and fervent hope is for a sizable, sustainable population of zebra sharks to thrive in Raja Ampat over the next decade, with an eventual expansion of the project to other sites within the BHS and beyond.

At the BHS website we encourage our followers to monitor the StAR’s progress along with us as the egg cases arrive in Raja Ampat, hatch into well cared for pups and grow into juvenile zebra sharks able to forage on their own.

The StAR project consortium would like to thank the following donors for their generous support of this ground-breaking program:  Fondation Segré, the AZA SAFE program, the Rumah Foundation, Save the Blue Foundation, the Henry Foundation, the Ingegerd Mundheim Estate, and a host of individual Australian donors “adopting” a leopard shark.

Maurine Shimlock is a co-administrator of the Bird’s Head Seascape website. For more about Maurine visit her website, Secret Sea Visions.

For further reading about rewilding the seas check out these articles.

Another article by Nesha Ichida and Dr. Charlie Heatubun. This article is in Bahasa Indonesia