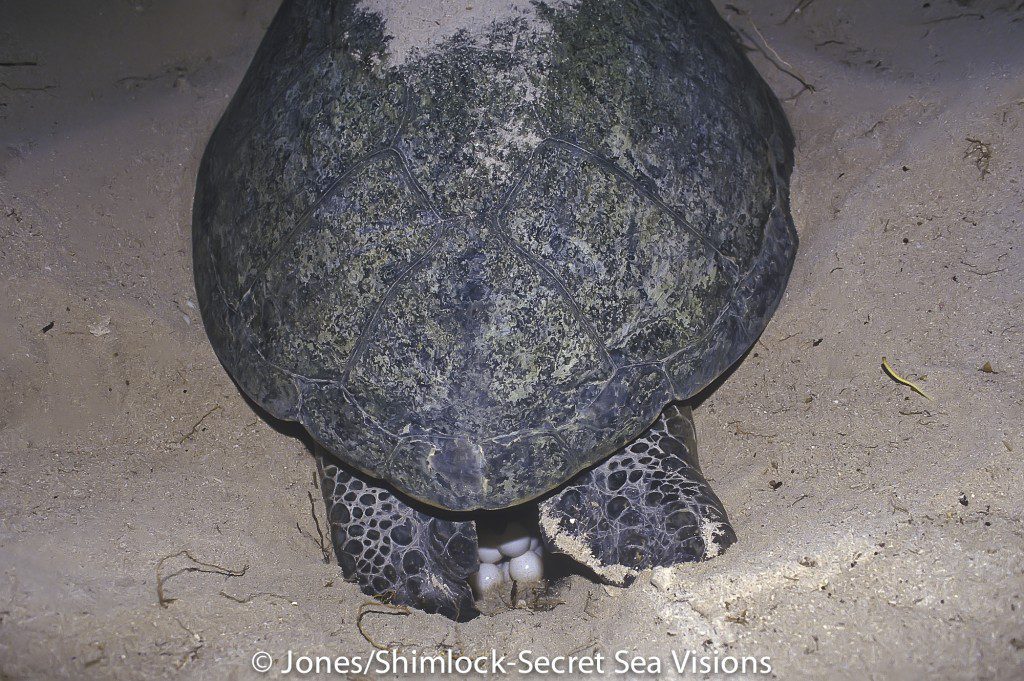 Sea turtle populations, globally, are experiencing dramatic population decline. This is due, primarily, to nesting habitat destruction and disturbance, the incidence of commercial fishing by-catch, hunting, shell marketing and raiding of nests by villagers in subsistence economies. Similar to other areas in the Indo Pacific region, exploitation of sea turtles for both subsistence and commercial purposes is a long-standing practice in Raja Ampat. Sea turtles have long been a source of protein for local villagers, and further, the expansion of the Balinese turtle fishery towards eastern Indonesia in the mid 1970s caused the depletion of populations in green turtle rookeries in Sulawesi, Maluku and Irian Jaya (Polunin and Nuitja 1982). Hunting for subsistence and poaching for commercial benefit are most likely to occur during the nesting season abundance.

This study is the first comprehensive assessment of sex ratios for green sea turtles in Raja Ampat and represents the initiation of a long- term database that can be used at a local level to develop strategies that could potentially offset the impact of long-term climate change on the western Pacific green sea turtle. This type of information can prove valuable when attempting to understand the reproductive ecology of sea turtles and when developing conservation strategies for enhancing the recovery of threatened and endangered populations

In 2013 we monitored nest temperatures of the green sea turtle, Chelonia mydas at Piai and Sayang Islands, Raja Ampat, Papua Barat, Indonesia. Nest temperatures increased from 29 C early in the incubation to 34-36 C in the middle, before decreasing again. Monitored nest temperatures were similar across all beaches. Nest temperatures increased 2-4 C during the middle third of incubation due to metabolic heating. Hatchling sex ratio inferred from nest temperature profiles indicated a strong female bias. This finding is consistent with the relatively warm thermal profiles of the majority of the nesting beaches. This also included some extremely warm nest temperatures that were associated with lower hatching success. Information from this study provides a foundation for developing conservation strategies for enhancing hatchling production with optimal sex ratios at the most important nesting beaches for the western Pacific green sea turtles.

(Read more, the entire document is housed in the BHS Library, document. )