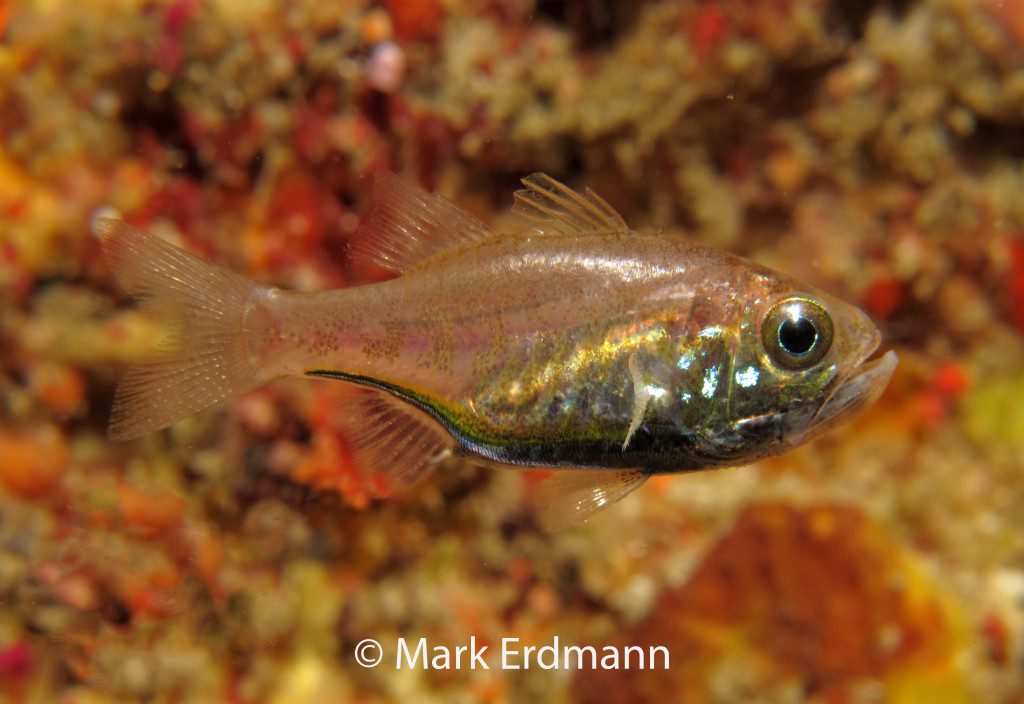 Breaking news: Another notch in the BHS biodiversity belt!

This week marks the publication of yet another new coral reef fish species discovered in the Bird’s Head – Siphamia papuensis, the Papuan siphonfish. This species, part of the cardinalfish family, is known only from depths of 50-72m and has been recorded now from SE Misool in Raja Ampat, Pulau Panjang in FakFak, and Triton Bay in Kaimana. It was originally discovered during deep reef surveys being conducted as part of “Fish Geek Week” at Misool EcoResort in February 2011. Importantly, this species is officially the 1727th coral reef fish species recorded from the Bird’s Head, and is moreover the 42nd Bird’s Head reef fish species believed to be endemic to the BHS. Those interested in reading the full species description (which also clarifies the status of deep siphonfish species from Lembeh Strait, Bali and Milne Bay) can find it in the www.birdsheadseascape.com Library, in the Biodiverstiy, Taxonomy and Ecology section; View the PDF.

For those with a real “fish geek streak” in them, you can also download and read another recent publication in the www.birdsheadseascape.com Library’s Biodiverstiy, Taxonomy and Ecology section by Gerry Allen, Renny Hadiaty of the Indonesian Institute of Sciences, and Peter Unmack of the University of Canberra describing three new endemic rainbowfishes from freshwater streams in the central Bird’s Head. View the PDF. No doubt about it, this region is truly a “species factory”!! Stay tuned for more updates soon on recent new species records and discoveries from an October trip from Kaimana to Raja Ampat….