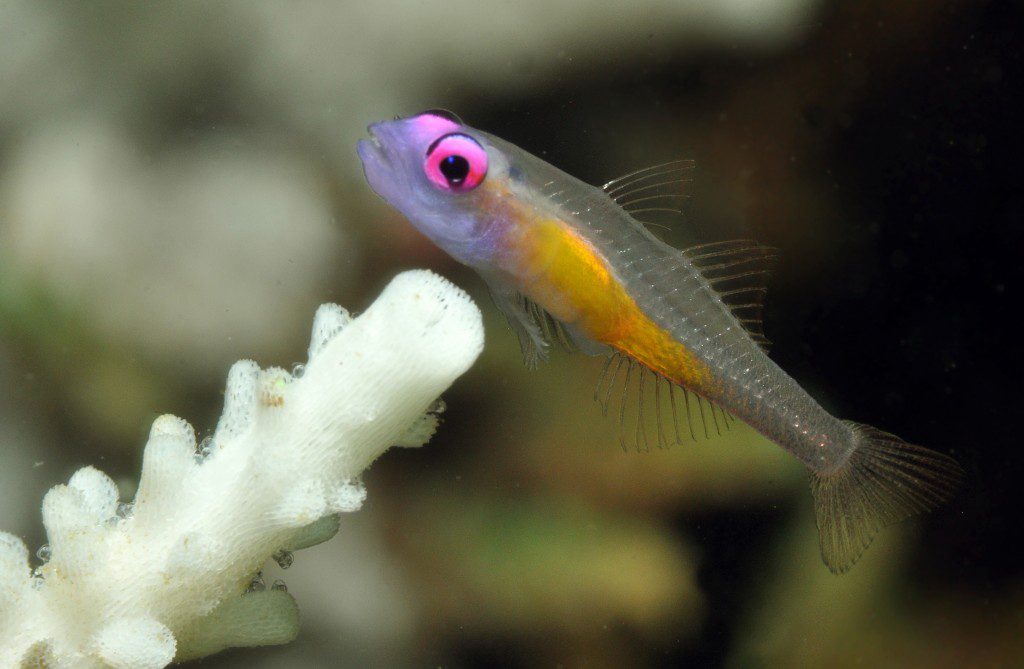 One of the great things about fish watching/photography is that you never know what the next dive will bring. I’m continually astonished to find new fish and new behavior scenarios despite thousands of dives over the past 45 years. Gobies have always been a prime research interest and I’m always on the lookout for the unusual. I struck “goby gold” once again during the last few minutes of the last dive of the trip at Triton Bay, West Papua in December 2104. In this instance it was a curious spawning behavior I had never witnessed previously. I was attracted to a dense concentration of Hovering Whipgoby, also known as Pinkeye Goby (Bryaninops natans). 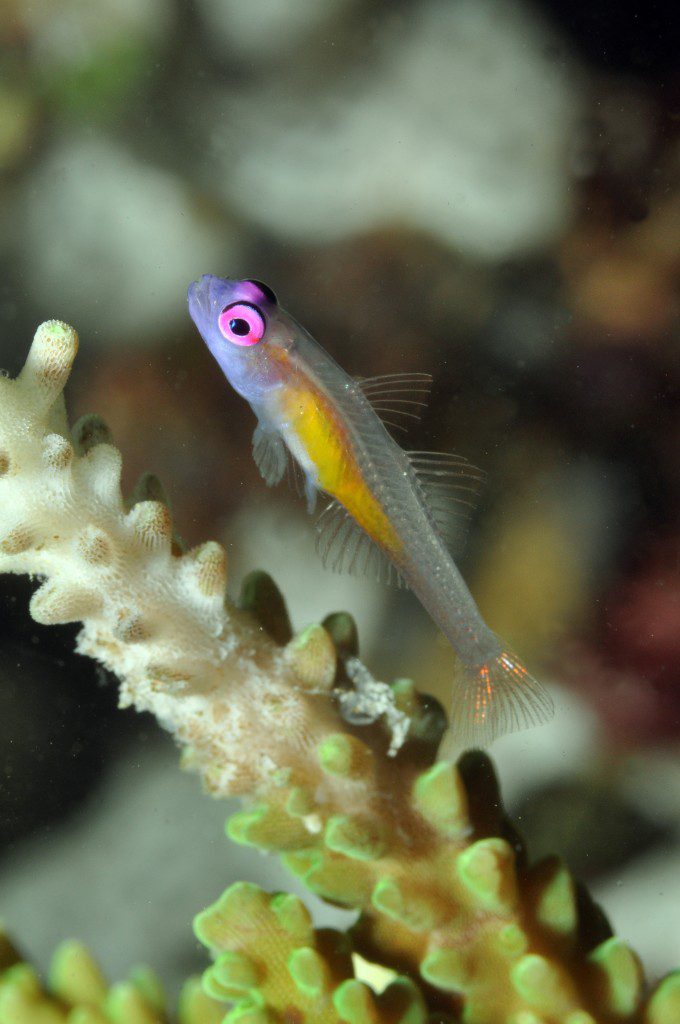 Close inspection revealed that the colony of tiny (about 2 cm) fish were engaged in spawning activites. Some fish were preparing nests. This consisted of constantly nipping at the tips of Acropora coral branches, which normally provide shelter for the species. This repeated activity effectively removes all the living, greenish-colored coral tissue, resulting in a bleached white branch tip, creating the perfect substrate for depositing eggs. 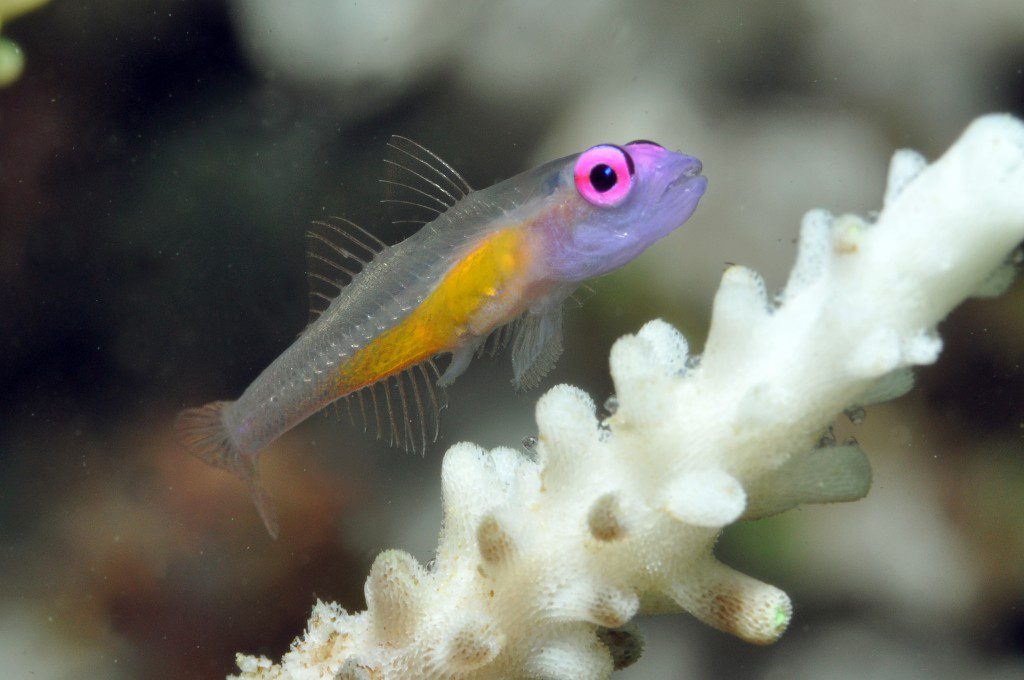 I also observed females laying eggs on the bleached tips, with the tiny ovipositor clearly evident. The male partner periodically swooped in to fertilize the spawn. From my limited observations it appears that the female subsequently cares for the nest, each containing relatively few eggs in various stages of development, indicating that spawning occurs over several days.

Dr. Gerald (Gerry) R. Allen is the world’s leading tropical marine ichthyologist, and a frequent contributor to this site.  He is the author of over 400 scientific articles and 35 books.  Along with co-author Dr. Mark Erdmann, he recently released his Magnum Opus, the 3-volume Reef Fishes of the East Indies.