This first-of-its-kind legal framework puts sustainable development and conservation – especially for tropical forests and the unique Bird’s Head Seascape – at the forefront of the province’s economic activity and development. 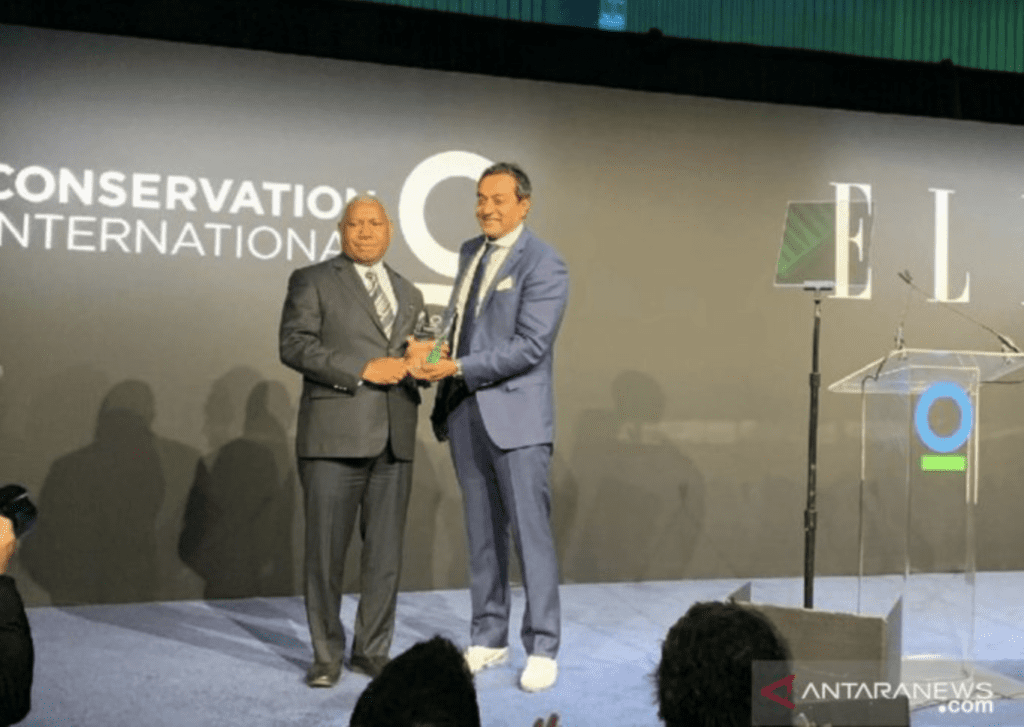 “The award is an international recognition for the efforts of the provincial administration in protecting the forests and the sea, and ensuring the protection of the rights of indigenous people of West Papua, with a sustainable and environmentally friendly development approach,” Governor Dominggus said in a statement on Tuesday.

The West Papua Conservation Province will protect the most intact marine and ecosystems remaining in Indonesia, promote the development of sustainable livelihoods, and recognize the rights of indigenous people.

The legislation comes three years after West Papua first declared it would set out to become a conservation province, and is a significant shift in moving towards more sustainable development.

Launched by the West Papua administration, the new policy brings together communities, government agencies, non-governmental organizations, and academics to define a path for sustainable development.

The policy sets a governmental framework that favors economic development, community welfare, and the conservation of biodiversity and ecosystem services to people, including the sustainable management of natural resources.

A key part of the new policy includes the empowerment of Papuans through the protection of natural resource rights and provision of equitable and sustainable development. Home to 870,000 people, 80 percent of Papuans live in rural areas and rely on nature for their livelihoods.

The policy stated that West Papua stipulates a minimum of 50 percent of its marine area as a watershed conservation area, with 20 percent of it included in the no-take zone, tightening various permits for large-scale plantations, explicitly mentioning the need to develop a green economy, along with increasing access to utilization and profit sharing from natural resources for indigenous peoples.

Conservation International’s CEO Dr. M. Sanjayan noted that with strong commitment from the West Papua Government and its people, it is expected that at least 70 percent of the province’s land will be protected for the future.

Located in the Bird’s Head Seascape, West Papua is one of the most biodiverse regions on the earth, home to more than 1,800 species of fish, three quarters of the world’s hard corals, and new species are found regularly.

With 90 percent forest cover, it holds one of the world’s most important intact rainforests, much of which remains unexplored. The 120,777 square km province also holds the world’s largest mangrove forest and significant peatlands, habitats which hold four times the amount of carbon than the average terrestrial forest and are essential to combating climate change.

Therefore, since 15 years ago the CI Indonesia and various natural conservation organizations have been assisting the provincial administration and the central government to protect the waters in this province.

Until the beginning of 2019, West Papua has 4.6 million hectares of Marine Protected Areas (MPA), or more than 25 percent of the national MPA’s target by 2020.

Almost 90 percent of West Papua remains a forest area and the local administrations have committed to maintain at least 70 percent of their forest areas, consisting of important ecosystems such as wetlands, mangroves, and nutrient-rich, biodiversity, and lowland forests.