Endangered Species: Artists on the Front Line of Biodiversity

We recently attended a show curated by the Whatcom Museum (a small county museum in Washington state) titled; Endangered Species: Artists on the Front Line of Biodiversity.  Our primary reason for attending was to view an installation by Courtney Mattison, whose work was Featured on the BHS site a couple of years ago.  Little did we know how impactful the show would be.  We were gobsmacked!

Note: We apologize for the image quality and framing, which were taken with a phone under less than ideal conditions.

The show contained works from 60 artists celebrating biodiversity’s beauty, interpreting natural and human-caused extinctions, and focusing on endangered species from diverse ecosystems. The exhibition surveyed a wide range of approaches and media used by artists spanning the 19th through the 21st centuries. By tracing links between contemporary and earlier artists, the show revealed continuity within a rich cultural tradition of engagement with nature conservation.  Juxtaposing the history of art and natural science, Endangered Species explored artists’ pivotal role in raising awareness about biodiversity’s importance. (Text copied from the museum’s handout.)

“We abuse the land (and sea) because we regard it as a commodity belonging to us. When we see the land as a community to which we belong, we may begin to use it with love and respect.” Aldo Leopold

This is Courtney’s piece!  Her work is amazing and is deservidly receiving a lot of attention on the world stage. 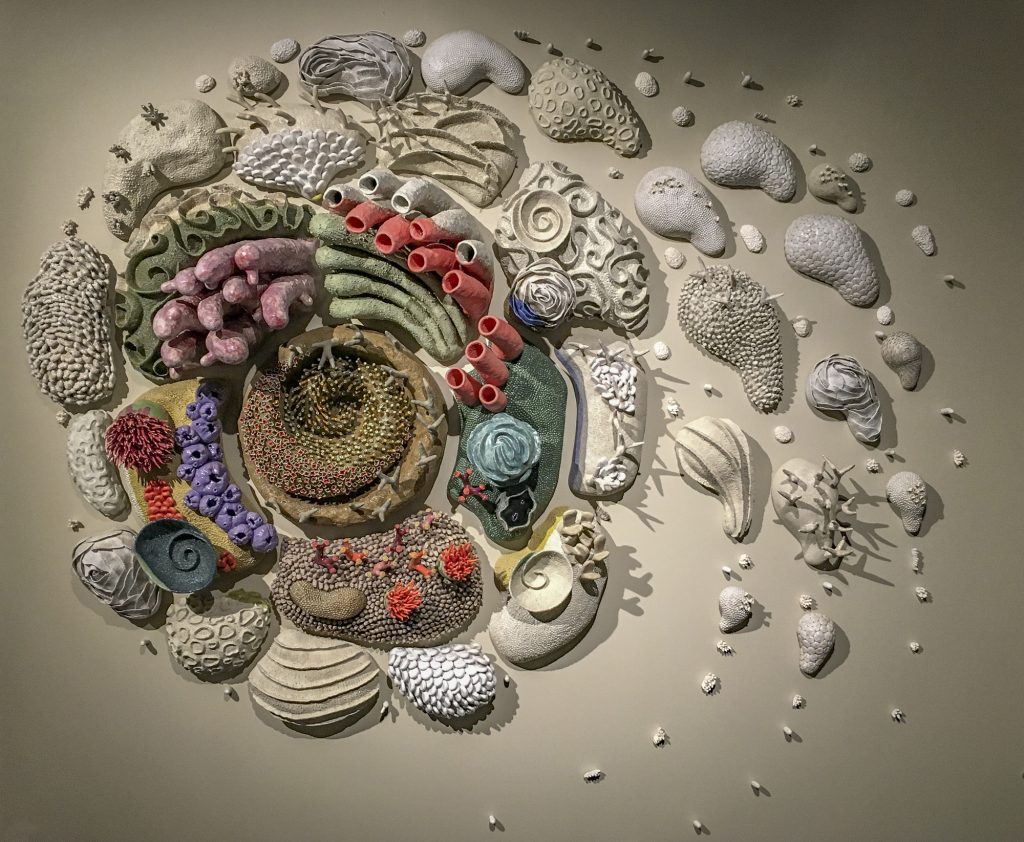 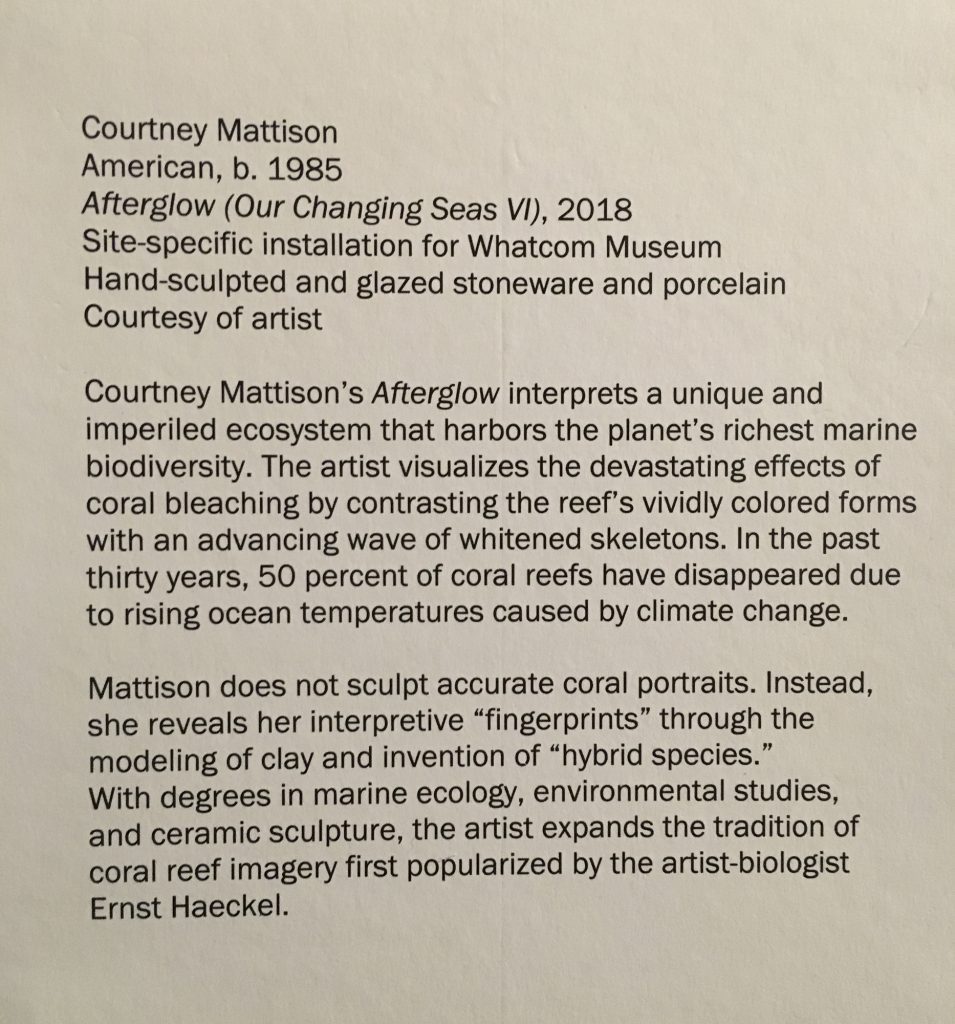 The Museum’s caption for Courtney’s piece

We had no idea and were very pleased to see that an old friend of ours, National Geographic photographer Brian Skerry, also had a piece in the show.  (We would like to thank Brain for supplying us with a quality image.) 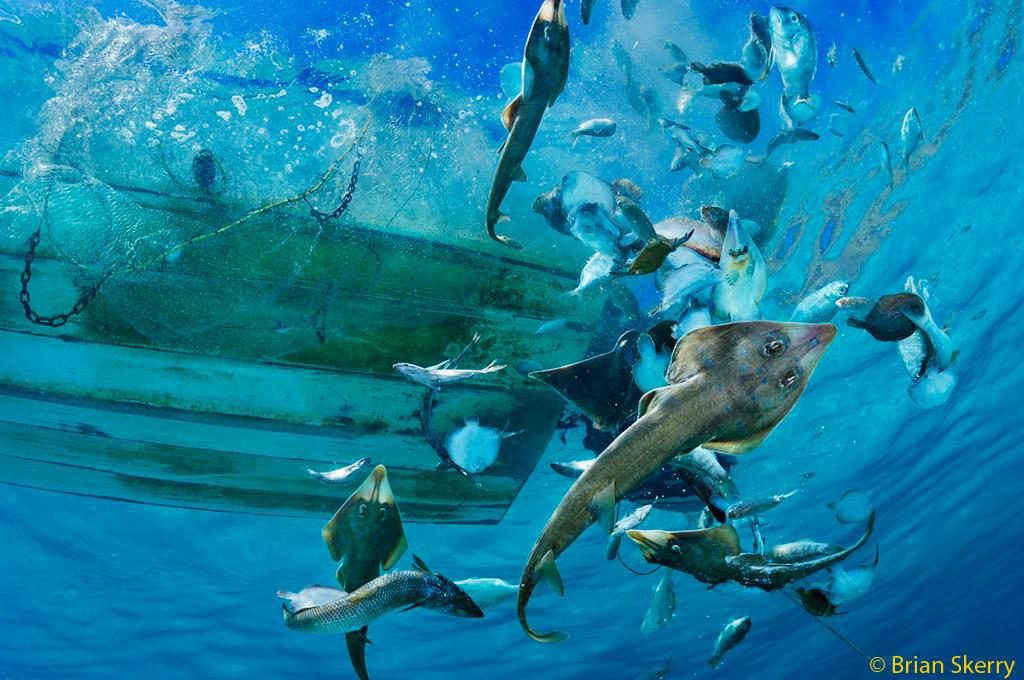 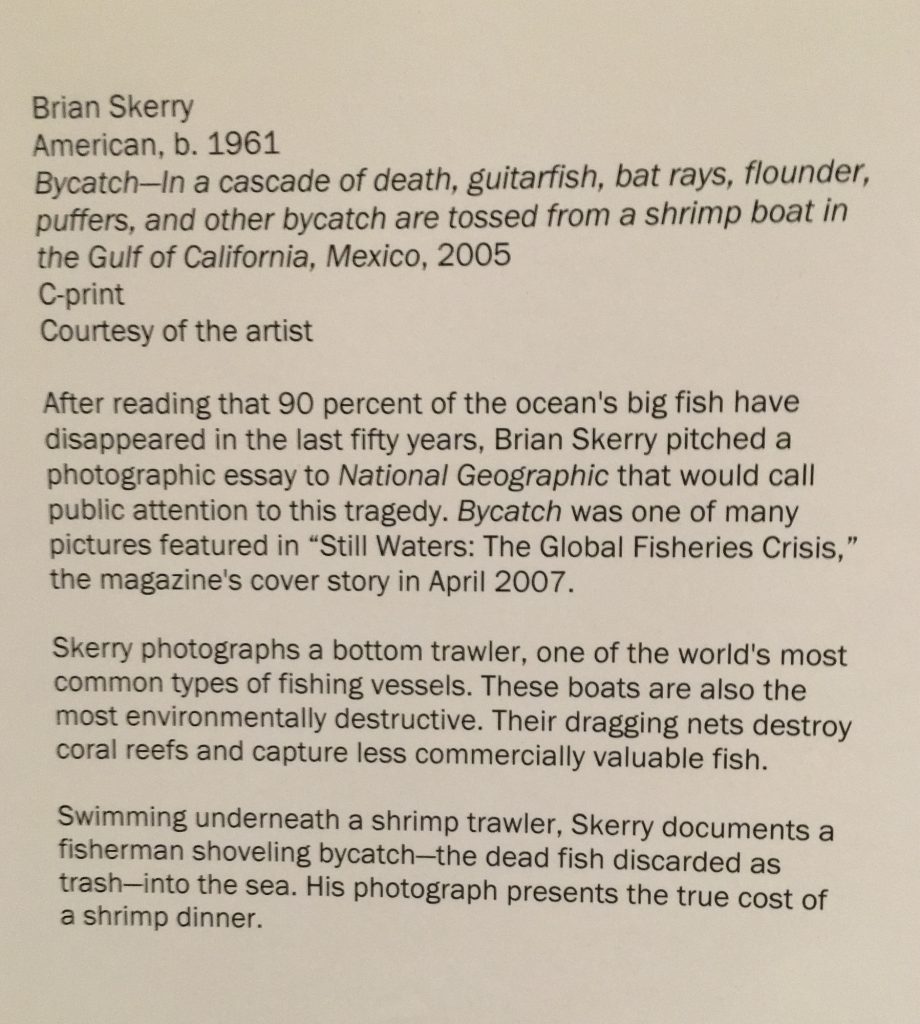 The caption for Brian’s image

The 60 pieces encompassed an amazing variety of media.  Despite the fact that many of them dealt with extinct species, the emotional impact of the show was both artistic and alarming, insightful and tragic, mind-blowingly beautiful and disgusting. 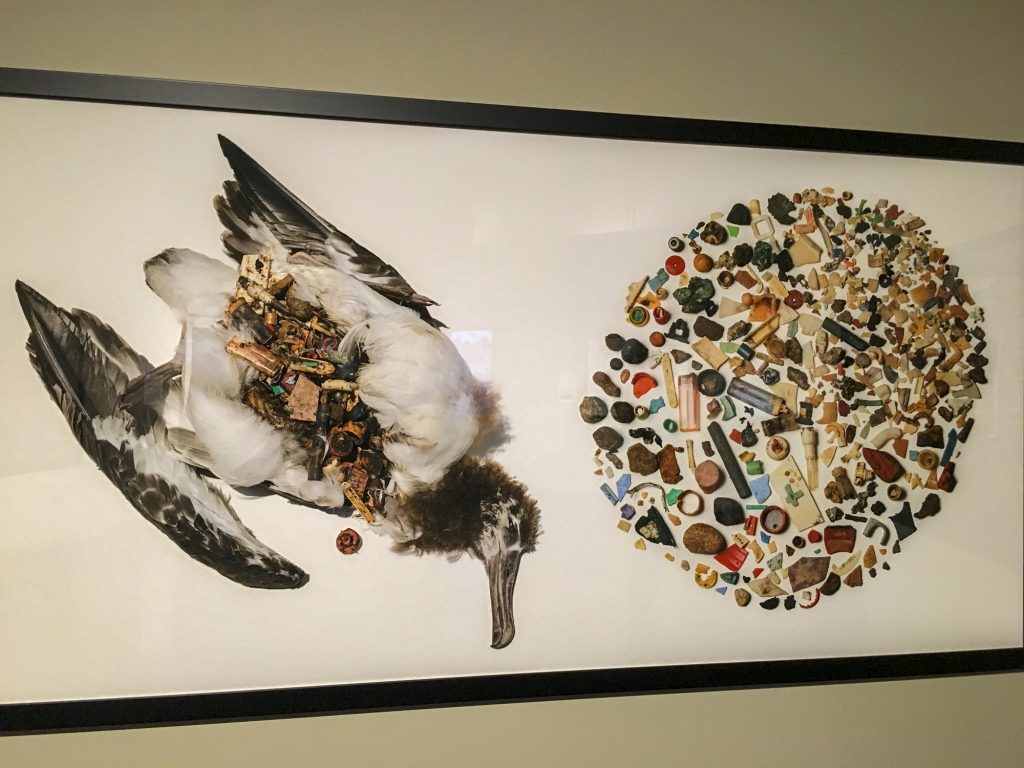 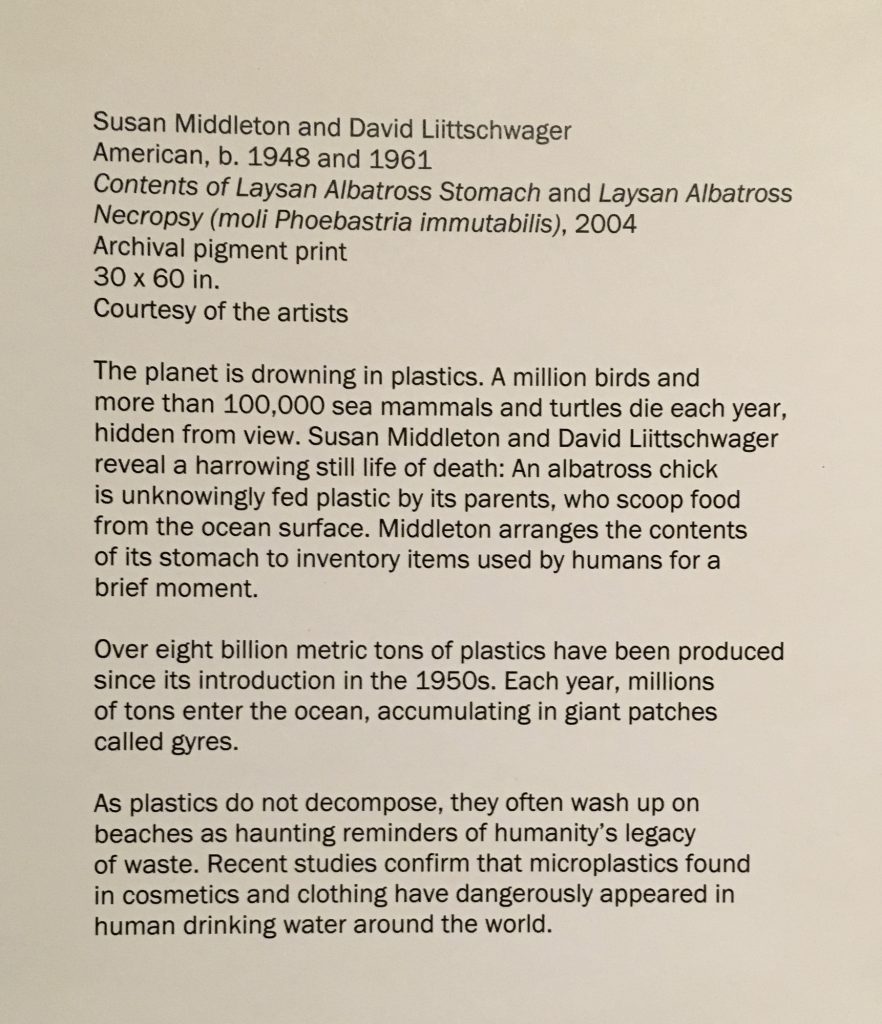 Not only are scientists finding micro plastics in cosmetics and clothing, plastic is found in the flesh of every seafood item we eat…and that salt shaker on your table…if it contains sea salt, it also contains micro-plastic!

One of the more impactful displays was a timeline chart of Conservation Milestones. 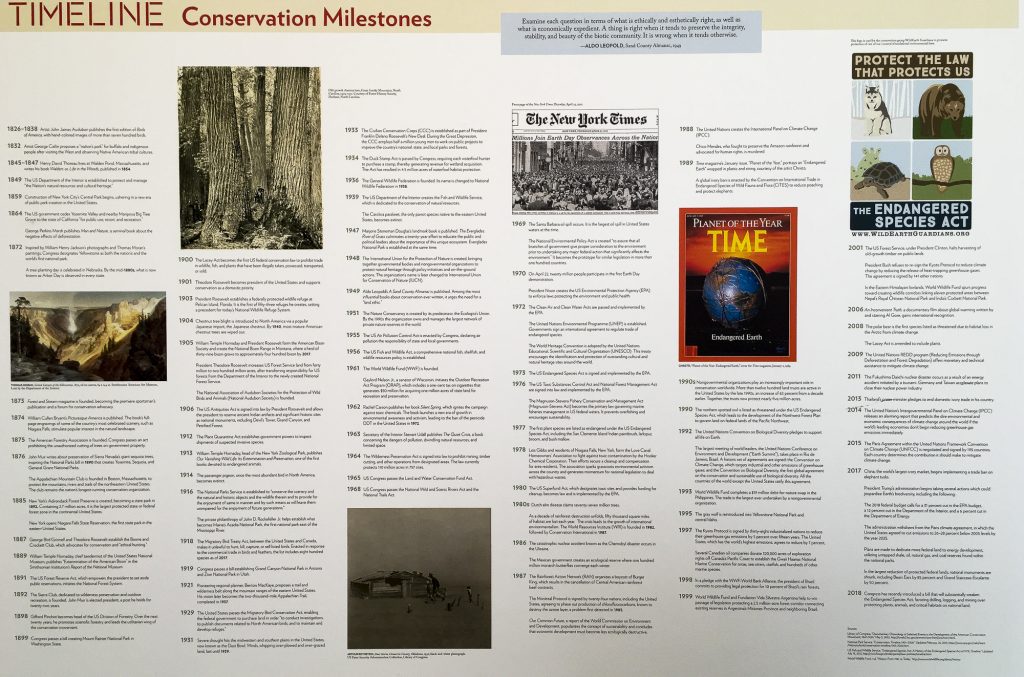 Since the type is small we decided to show you the sections at beginning and the end of the chart: It starts well and continues in a more or less positive trend until 2017! 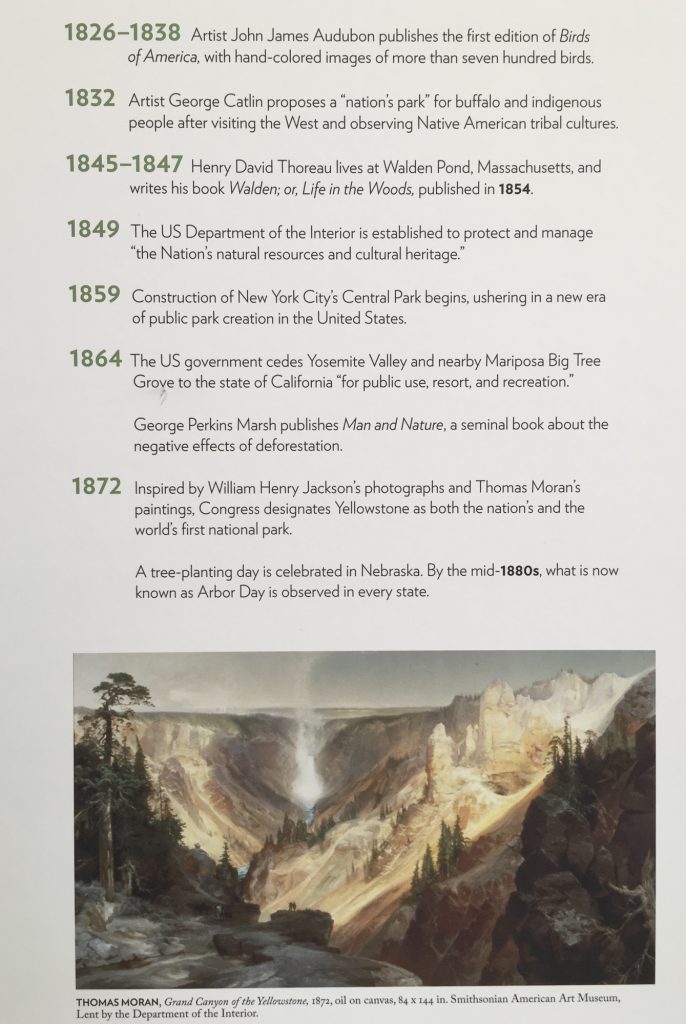 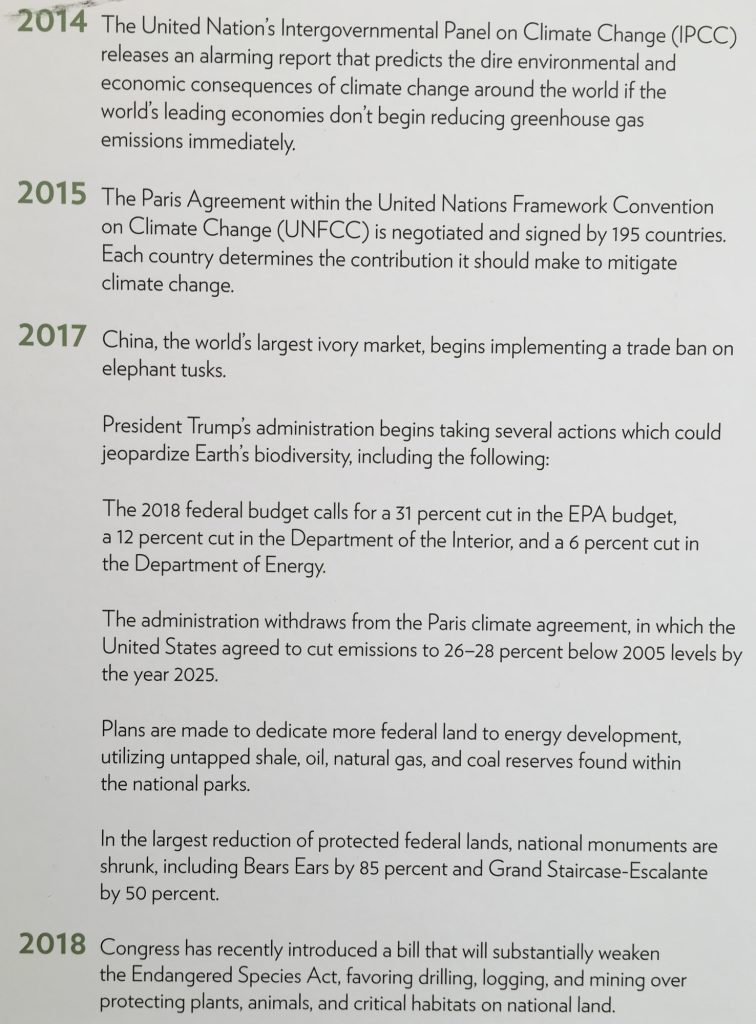 The only way to turn this around is to vote!
“The choice after all is ours to make!” 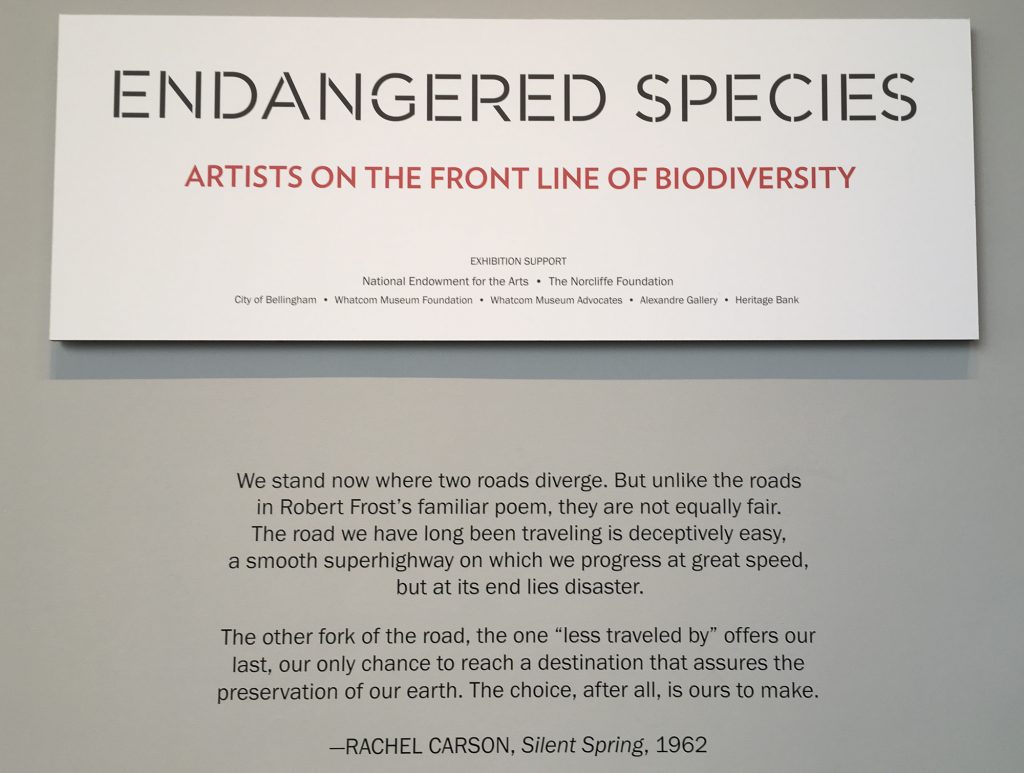