It’s been a while since I last provided an update to the list of reef fishes recorded from the Bird’s Head, and I’m pleased to note that the BHS fish list surpassed the mind-blowing number of 1800 species in 2018! While Gerry Allen and I and our NGO staff and partners are always on the lookout for new fish records and we continue to pick them up regularly, in 2018 the list was significantly boosted by two dedicated reef fish biodiversity surveys – one in March to the Fakfak coastline, and one in December to remote Mapia Atoll in the far northeast of the BHS (look for an upcoming post soon on that Mapia survey, led by Dr. Ricardo Tapilatu from the State University of Papua!) 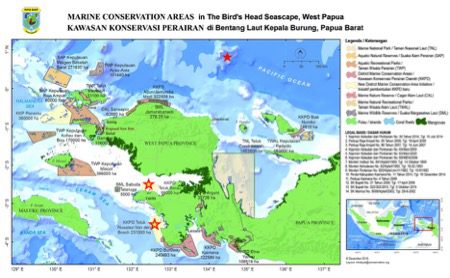 The Fakfak survey, done at the request of the Bupati of Fakfak (and funded by USAID’s SEA project) to comprehensively survey the two new marine protected areas (MPAs) now being actively managed in that region, was unbelievably productive – we picked up 73 previously unknown species from Fakfak and an incredible 28 new records for the BHS, including 8 new species. Included among those new species was a beautiful damselfish we named in honor of Bupati Uswanas for his visionary stewardship of Fakfak’s marine resources (see image below). Moreover, we notched a new world record – 388 reef fish species recorded in a single survey dive at Tg. Tongerai at the southern tip of Sebakor Bay! 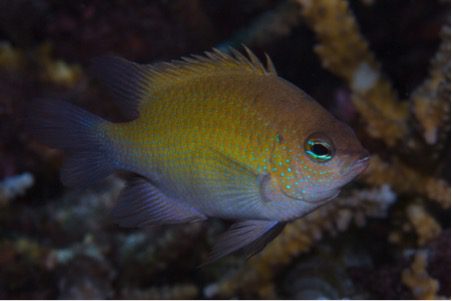 Chrysiptera uswanasi – a “microendemic” found only on the Fakfak coastline and named after the Bupati (mayor) of Fakfak. 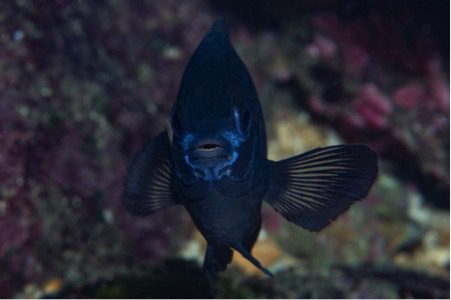 Pomacentrus bellipictus – another of the new Fakfak species discovered in March 2018. This one is named for the “war paint” on its face – and found only in the Kokas region of Fakfak 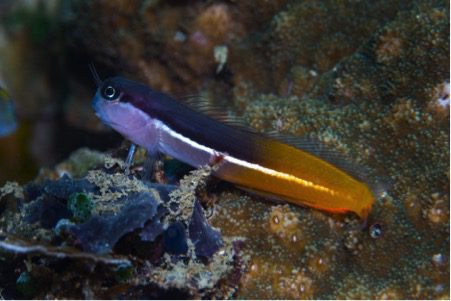 Above: Two additional confirmed new species from the Fakfak survey – a coral blenny in the genus Ecsenius (top), and a dwarfgoby in the genus Eviota (bottom). 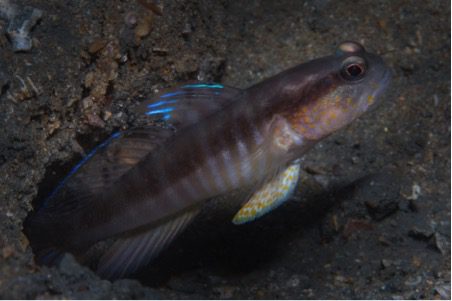 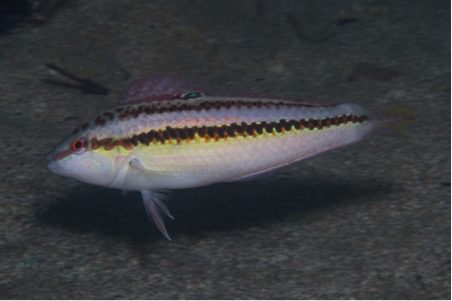 Above: Two further likely new species from Fakfak: a muck-dwelling goby in the genus Myersina (top), and a Halichoeres wrasse (bottom) very similar to H. bicolor from western Indonesia and South China Sea.

With all the new records from 2018, the current fish species counts are as follows: Raja Ampat has 1577 coral reef fish species recorded, followed by 1131 species from the Fakfak-Kaimana coastline and 1094 from Cendrawasih Bay (including Biak and Mapia). The grand total from the BHS as of 31 December 2018 is 1813 reef fish species from 514 genera and 125 families – a truly amazing number that easily puts the Bird’s Head at the top of any measure of reef fish biodiversity. Perhaps even more amazingly is that nearly 50 of the fishes recorded from the BHS are ONLY found there – further evidence that this region is indeed a “species factory”. 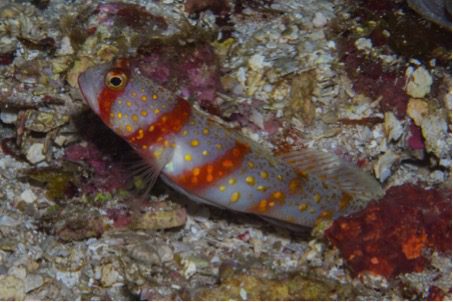 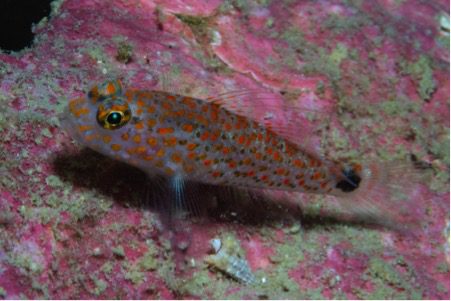 Below are a few additional images and brief descriptions of some of the fish species recorded in 2018 that helped push the mark past 1800. As to be expected at this stage of exploration of West Papua, most of these new records were gobies and other cryptic species, though we did manage a few larger species including a jack and a rare parrotfish. Who knows what new discoveries are in the queue for 2019?!! 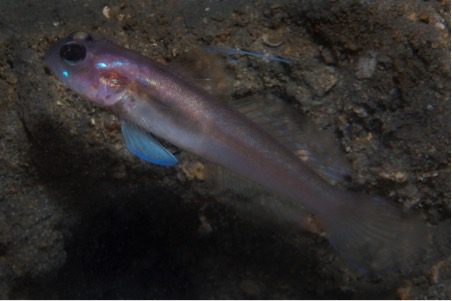 Myersina yangi, previously known only from the South China Sea, was recorded for the first time in Kokas MPA in Fakfak. 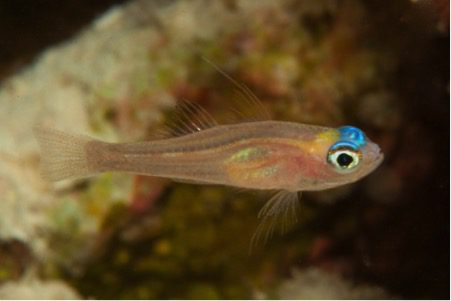 A beautiful blue-eyed dwarfgoby, Trimma meityae, named after Conservation International’s own Meity Mongdong in recognition of her tireless dedication to the communities of West Papua. This species is known only from Cendrawasih Bay. 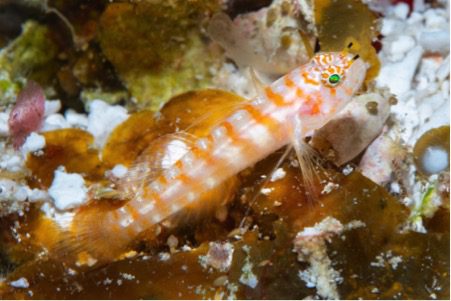 Eviota pinnochioi, previously known only from Palau and named for its distinctive long nasal tubes, was recorded from Mapia below 50m depth. 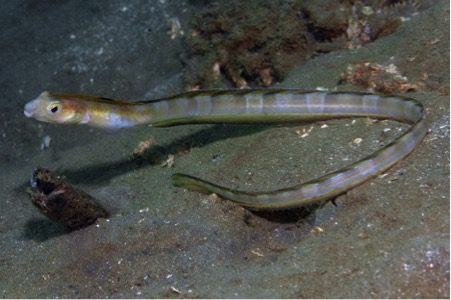 Xiphasia setifer, a rare eel blenny recorded for the first time in the BHS from Batanta in Raja Ampat. 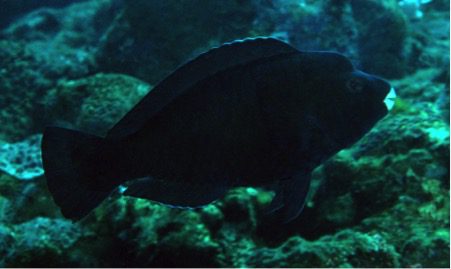 A rare and little known black parrotfish with a distinctive protrusion on the head, Chlorurus oedema, recorded from Sebakor Bay in Fakfak. 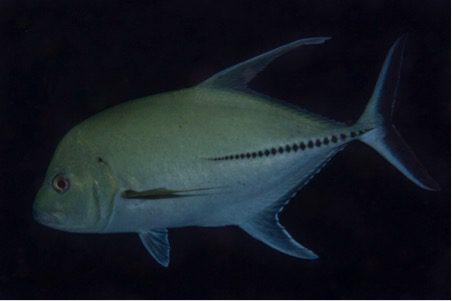