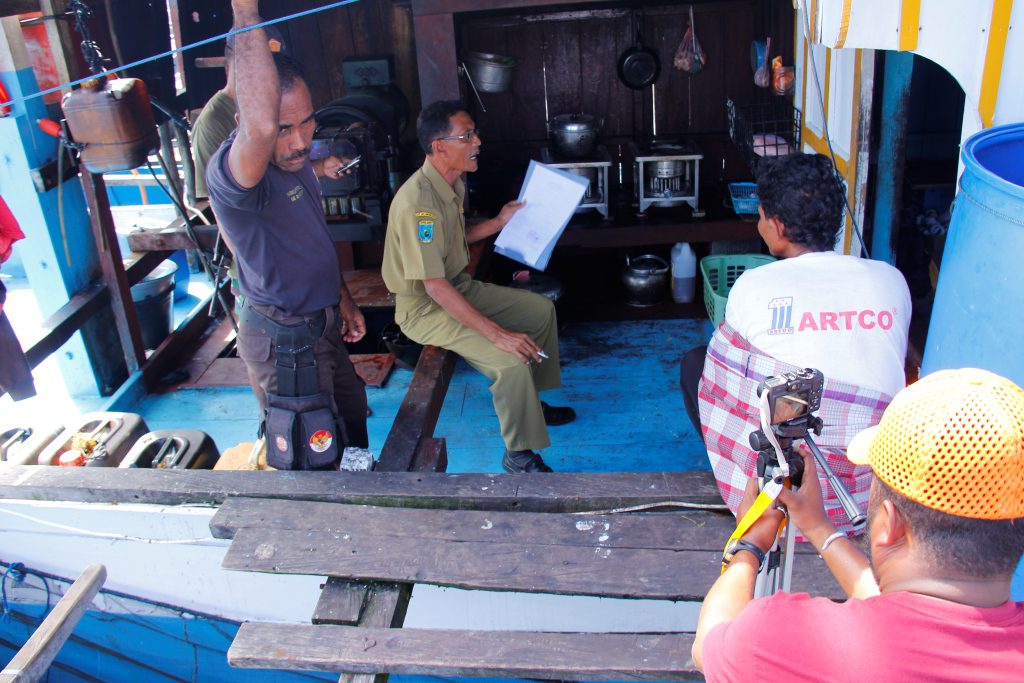 During the inspection, the head of the North Salawati District and his team confiscated equipment such as lights and generators, as well as the permits of ten existing lift net operations. “We recommend that before obtaining their license from DKP, lift net fisherman need also to coordinate with us so that we can recommend locations which are suitable for fishing but do not violate existing regulations,” the District Head said when interviewed. Lift net fisheries harm traditional fishing communities. They catch anchovies that become food for larger fish. If there are no anchovies, then the traditional fisherman will soon have difficulties securing bigger fish for food or as a source of revenue. Lift net inspections originated purely from initiatives acted upon by the head of the North Salawati District who was concerned that Salawati’s traditional fishing communities will have reduced catches because of the increased number of lift net operation in the area. ” While I am proud to be Balinese, I am even more proud because I live in Raja Ampat and am able to contribute to conservation efforts to keep Raja Ampat’s marine heritage safe and productive for tourists and locals alike,” said I Made Kusuma Sada. 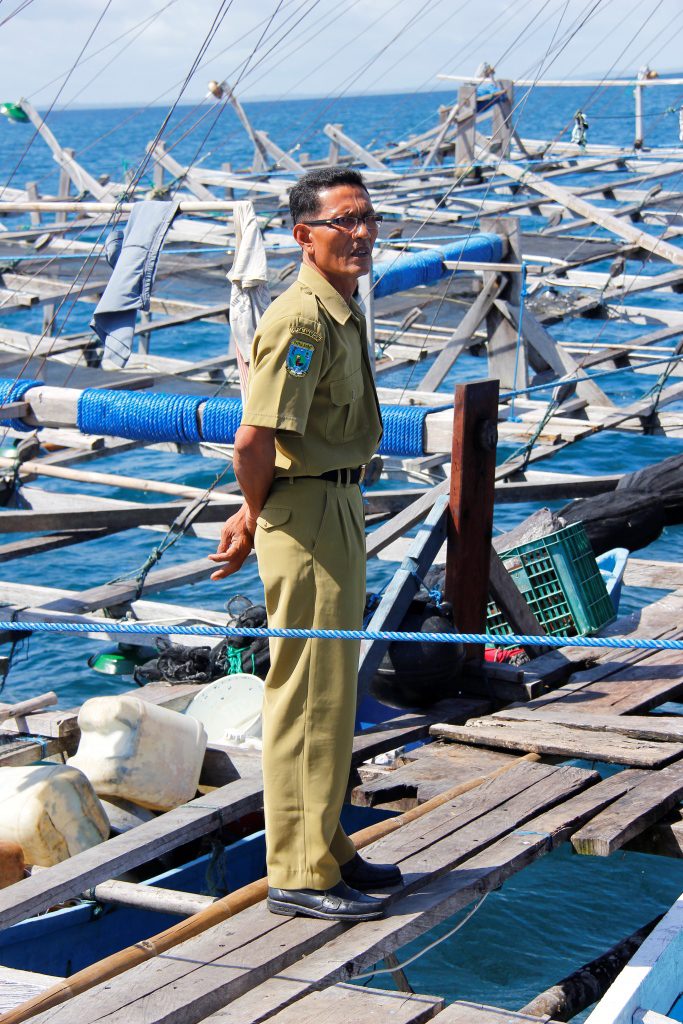