Its that time again – an update to the reef fish biodiversity numbers for the Bird’s Head! Two recent dive trips to the BHS (October on the True North and December on the Damai II) have yielded a number of new species records from both the FakFak-Kaimana coastline and Raja Ampat, as well as a few new overall records for the Bird’s Head. Specifically, we photographed 22 new records for the FakFak-Kaimana coastline, bringing the total for that region to 1053 species and just edging out Cenderawasih Bay (1042 species). We also added a number of Raja Ampat records, bringing the total for Raja to a whopping 1528 species.

Below are a few photographs of some of these new records: 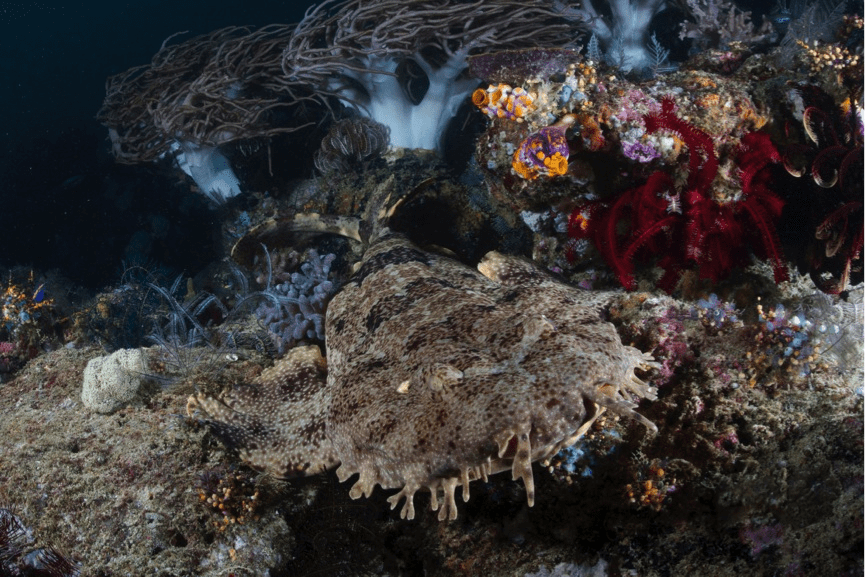 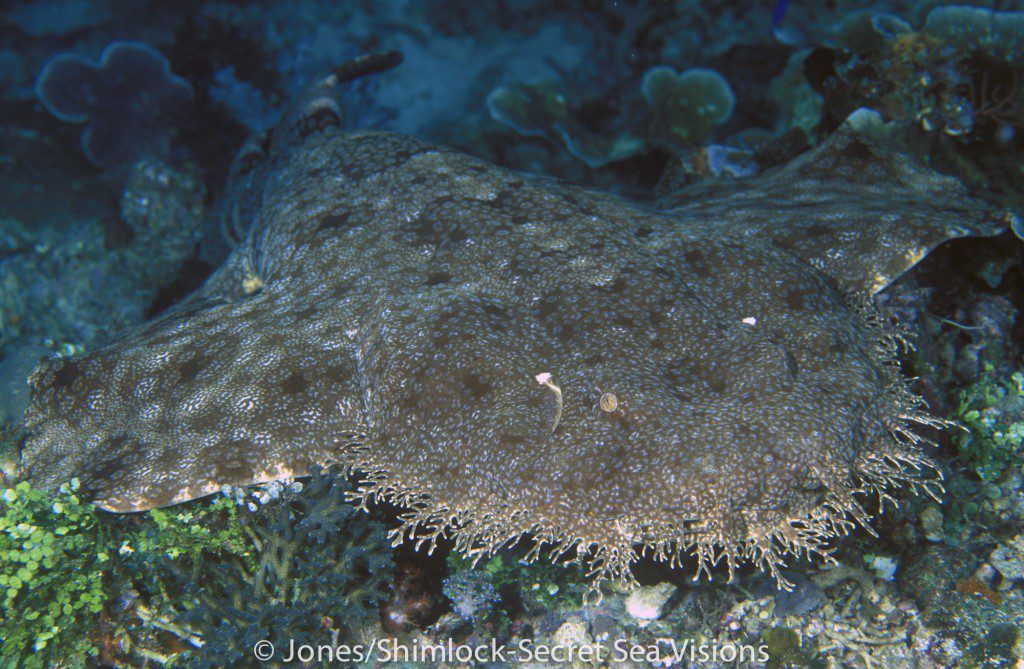 Orectolobus leptolineatus (top)- this wobbegong species was only described in 2010 and was only known with certainty from Bali and Java – but we’ve now recorded it from Triton Bay in only 5m of water! Note the dermal flaps (“tassles”) around the mouth are much fewer and less branched than on the normal wobbegong seen in the Bird’s Head, the Tassled Wobbegong Eucrossorhinus dasypogon (bottom). 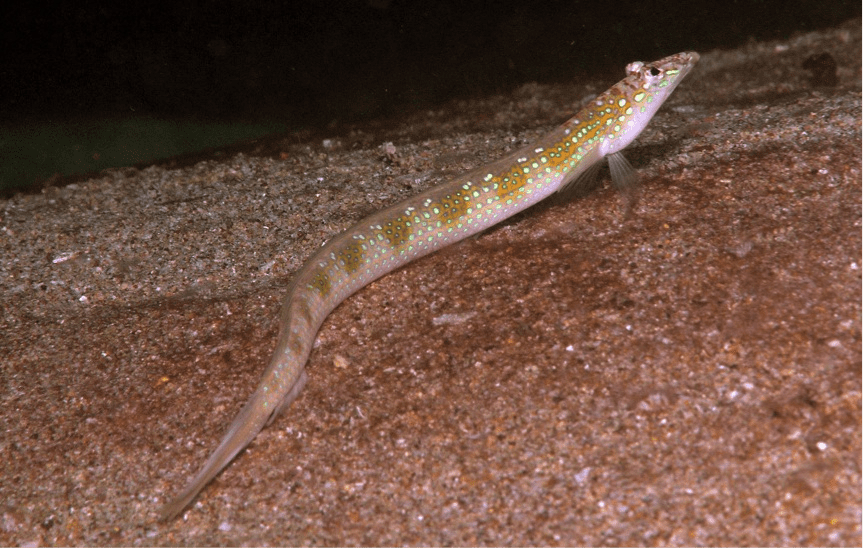 Trichonotus sp. – this undescribed sand-diver was previously known only from Brunei in the South China Sea, but we photographed it in the Passage in Raja Ampat. 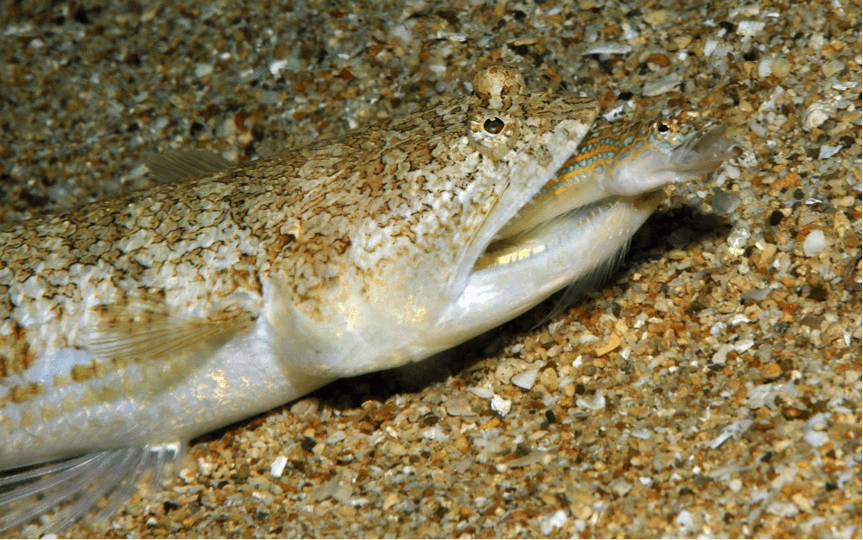 Synodus sp. – an undescribed lizardfish that we’ve previously photographed in Lembeh Strait. This was also found in the Passage, and in fact it popped out of the sand to eat the new sand-diver species Gerry was photographing! 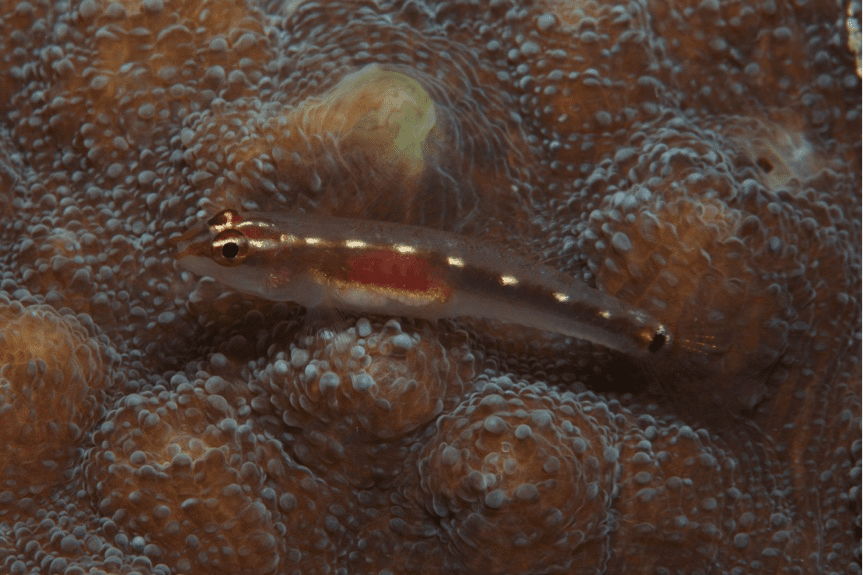 Eviota cf sebreei– this pretty little dwarf goby is closely related to Eviota sebreei, but with a distinctive reddish tinge. It has previously been photographed in Japan and Brunei, but this is a first for the Bird’s Head (reefs near Mommon Waterfall in Kaimana and Sebakor Bay in FakFak). 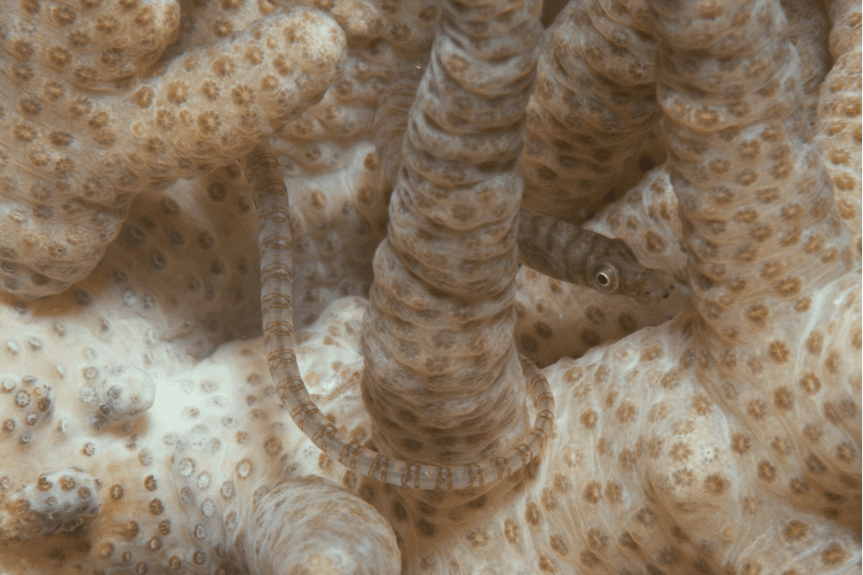 Siokunichthys cf breviceps – an extremely well-camouflaged pipefish that is found in Sinularia soft coral colonies, typically in 2-12m depth. Though hard to spot, it is quite common throughout Raja Ampat – now also known from Kaimana. 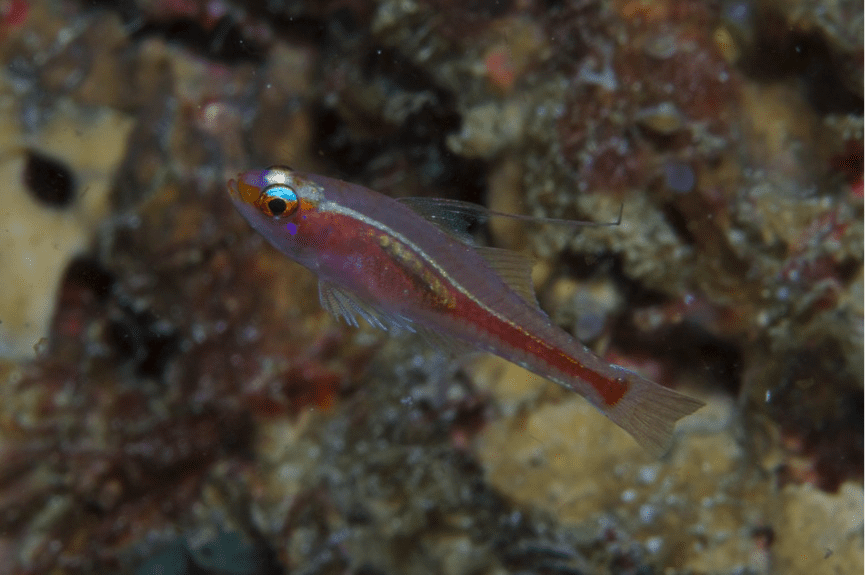 Trimma helenae – The delicate coral dwarf goby named in honor of Helen Newman – it was previously known only from Penemu Island in Raja Ampat, but now also from FakFak in 30m depth. 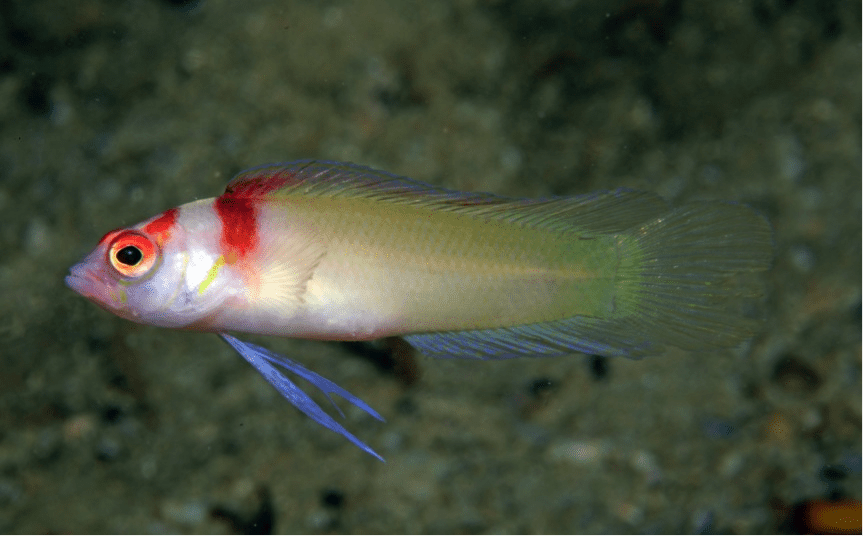 Pseudoplesiops collare – a beautiful and rare dottyback previously known only from Maumere Bay and SE Misool, but now also known from Triton Bay in 40m depth. 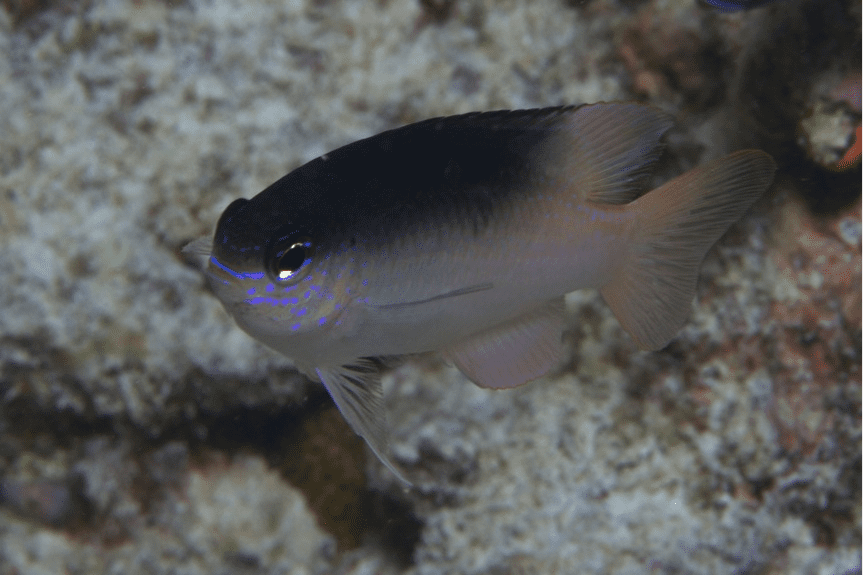 Chrysiptera cf. rex – This damselfish, closely related to Chrysiptera rex, is found in surge zone areas in northern Raja Ampat – we recorded it from the Equator Islands, Wayag and Ayau. 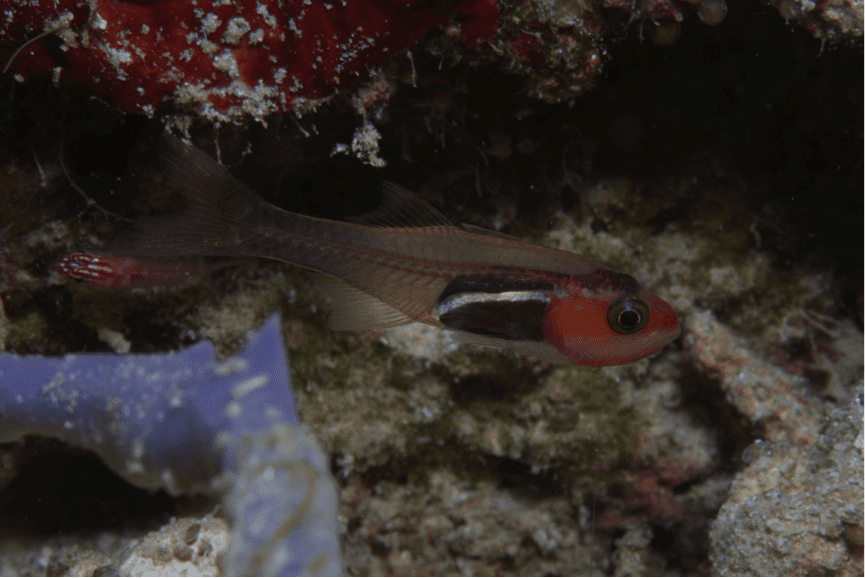 Cercamia sp. – this appears to be a new species of cardinalfish from 15m depth in Sebakor Bay, FakFak.
Depending on results of analysis, may be described as the next new species from the Bird’s Head!