Most divers who have visited the Bird’s Head will be familiar with the charismatic “walking sharks” that are found throughout the BHS. Also known as epaulette sharks, these small bottom-dwelling sharks, but not to be confused with the similar looking catsharks (see below, bottom image), generally prefer shallow reef flats and can be seen at night “walking” around on their paired pectoral and pelvic fins, poking their heads under coral heads in search of their prey – which includes snails, clams, crabs, and small fishes. Walking sharks are only found around the islands of New Guinea and Australia, and are in fact the youngest known evolutionary radiation of sharks on the planet! Of the nine species known to exist, six are found in Indonesia, with four calling the Bird’s Head home: Hemiscyllium freycineti (known only from Raja Ampat), H. henryi (known only from Fakfak and Kaimana), H. galei (known only from Cendrawasih Bay), and H. strahani (known from the northern coast of New Guinea, from the Mamberamo River outlet southeast to Madang in PNG). 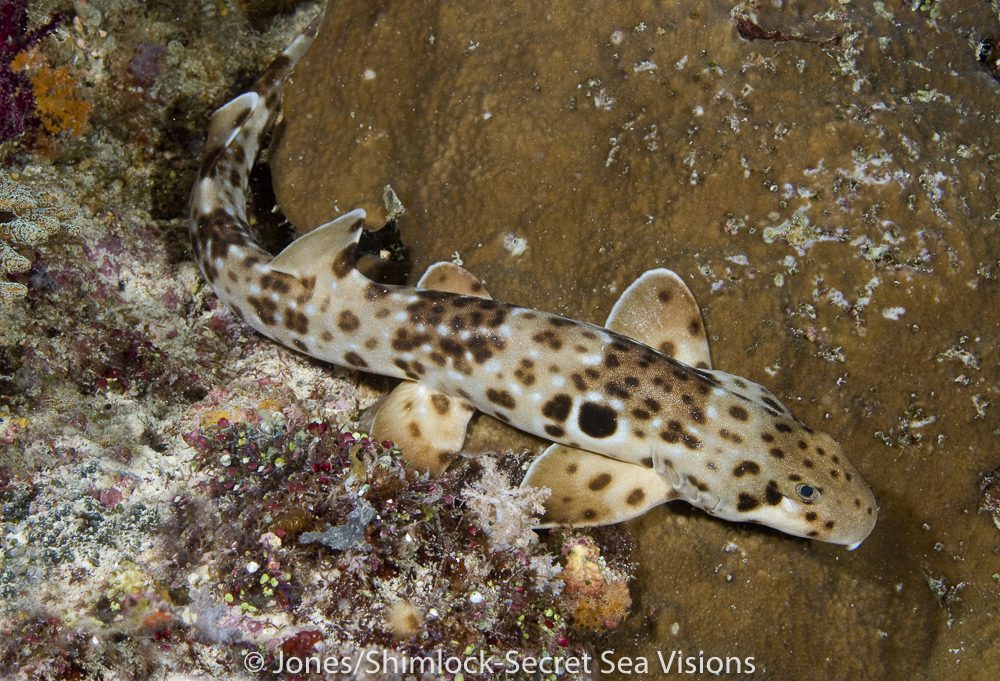 One thing which really stands out about each of the walking shark species is just how small their distributional ranges are; while H. freycineti is found only in Raja Ampat for example, well-known sharks like the blacktip reef shark are known from East Africa to the Eastern Pacific, while the whale shark is known from across the world’s tropical and temperate oceans. Much conservation attention has been focused on these wide-ranging shark species, but until recently not much attention was paid to the small bottom-dwelling shark species with small ranges (which similarly constrains the size of their populations!). Last year a group of specialists conducted an IUCN “Red List” assessment of the walking sharks, and concluded that fully 5 of the 9 species (including H. galei, H. henryi and H. strahani from the BHS) are “Vulnerable to Extinction” (IUCN Red List classification VU), while H. freycineti from Raja Ampat is “NT” Near Threatened. These classifications result primarily from the small home range size and small populations of these species, coupled with some fishing mortality, capture for the aquarium trade and habitat loss and degradation 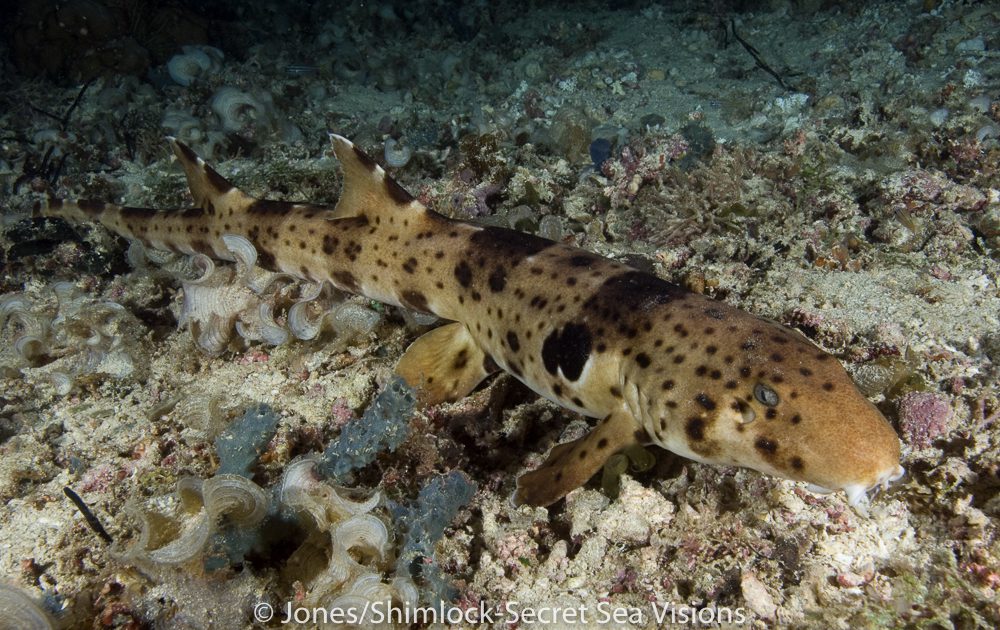 Recently, we published a paper summarizing these results for walking sharks, entitled “Extinction Risk and the Small Population Paradigm in the Micro-Endemic Radiation of Epaulette Sharks”. The abstract of this study is reprinted below, and the full paper is now in the BHS Library. Next time you see a walking shark, appreciate it for the amazing product of evolution that it is, and keep in mind its fragile conservation status! 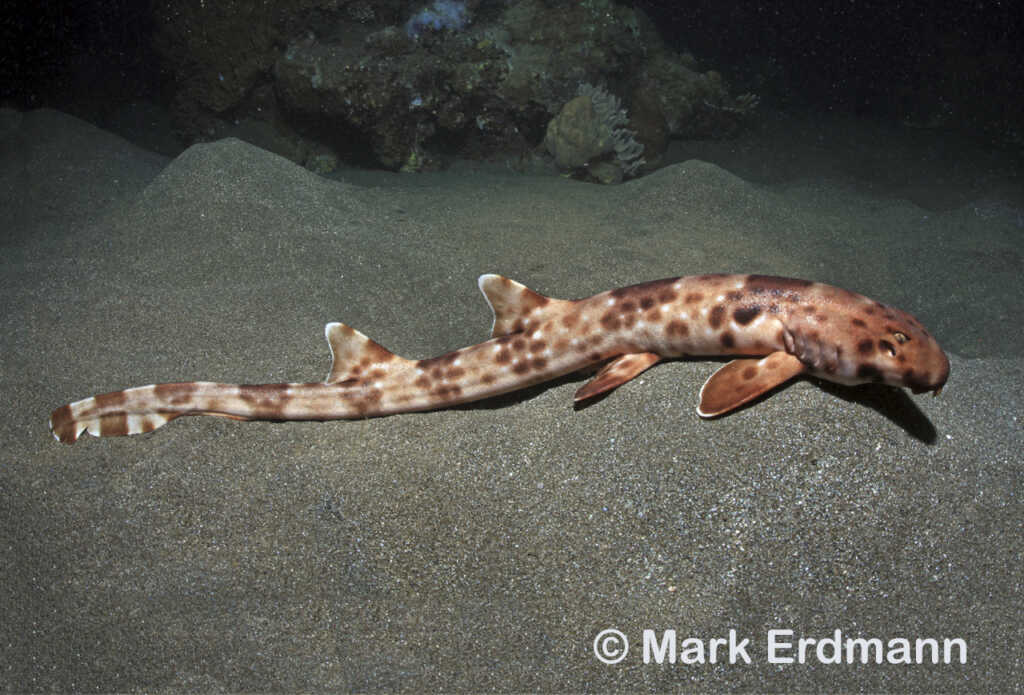 The Epaulette sharks (or walking sharks) in the genus Hemiscyllium comprise nine species, of which two are classified as Near Threatened and five as Vulnerable on the IUCN Red List. Here, we summarize the current taxonomy, biology, IUCN Red List status, threats, and conservation status of the Epaulette sharks. We find that the Epaulette sharks are facing direct threats from local, small-scale fisheries and indirect threats of habitat loss and degradation from climate change, coastal development, and industrial effluents. Many species benefit from protection in the extensive Marine Protected Areas in the Raja Ampat region. But in order to effectively conserve this unique radiation of sharks, priority must be placed on protecting the shallow near-shore habitats where they live and carefully managing the small-scale fisheries that have the potential to cause local extinction due to low population numbers and extremely restricted geographic ranges. 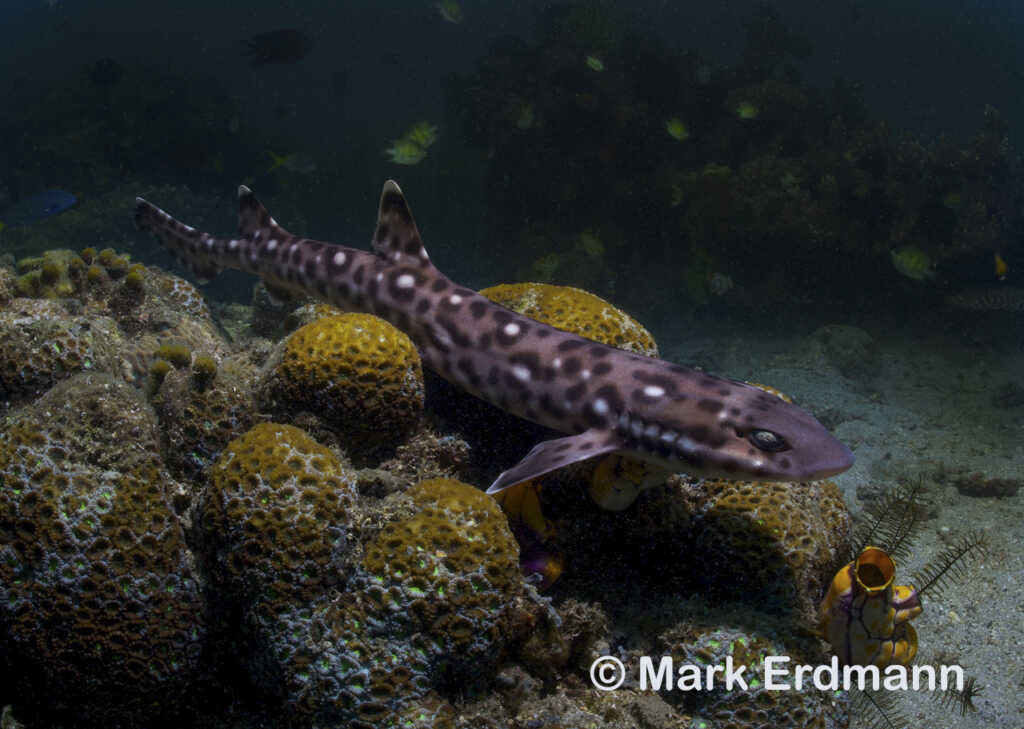 The Spot-belly Catshark (Atelomycterus erdmanni), found in eastern Indonesia, is often confused with the “walking sharks”

Watch a short movie of a Bamboo/Epaulette shark as it “walks” over the substrate. https://youtu.be/AnbMCyBPBs4.