When Soldiers Fight Against Garbage: a Blue Abadi Fund action by Sabonnama

Even in peace, soldiers still have important duties and enemies to fight. Trash became their enemy this time. See what happened on April 27, 2019 when dozens of Marines from the 3rd Marine Troop Command based in the city of Sorong, West Papua, eagerly participated in the Clean River Action program. The Marines worked together with police, students, government staff, environmental activists and the general public to clean up the Remu River, which divides the city of Sorong and empties into the sea overlooking the Raja Ampat Marine Protected Area in the Bird’s Head Seascape. Unfortunately, this river is dirty because of the garbage dumped into it.  If this situation is left alone, the garbage run-off will soon reach Raja Ampat’s waters and destroy the sea, coral reefs, and all its beautiful resources. 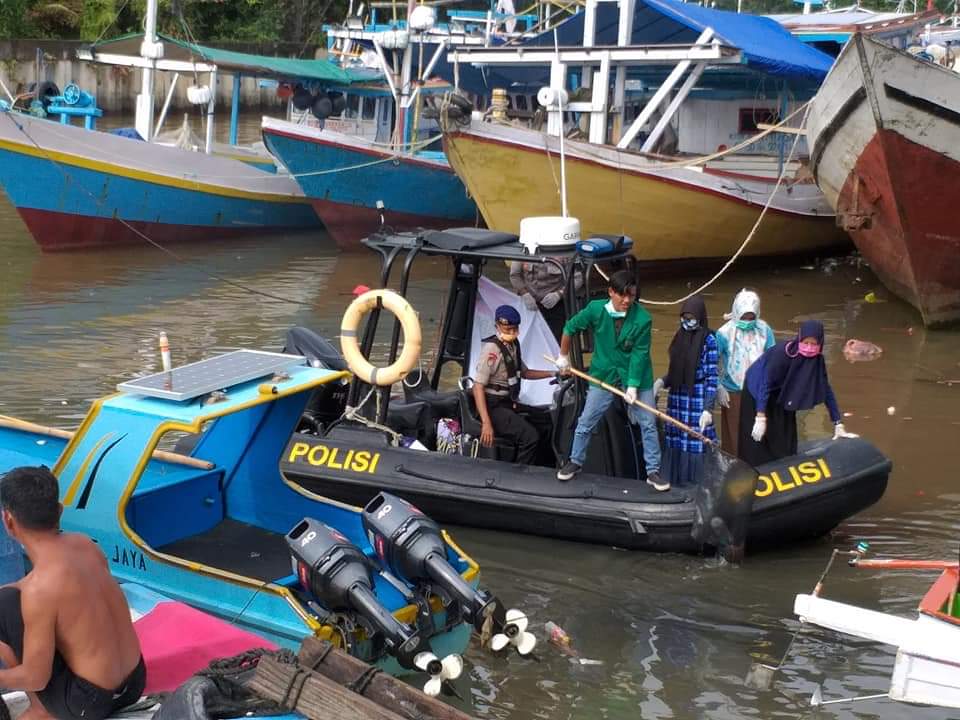 Previously the Remu River Clean Action was carried out by the Sungai Remu Care Group, one of the recipients of the Eternal Blue Grant Fund and by students from the River School, a non-formal school established created with the assistance of Conservation International. April 19th’s clean up was different because almost all community representatives joined in the efforts. This is the first time that West Papua’s regional leaders have declared a War Against Garbage. Even the 3rd Marine Commander and the West Papua Regional Police Chief participated with their men in the removal of trash from Sungai Remu. 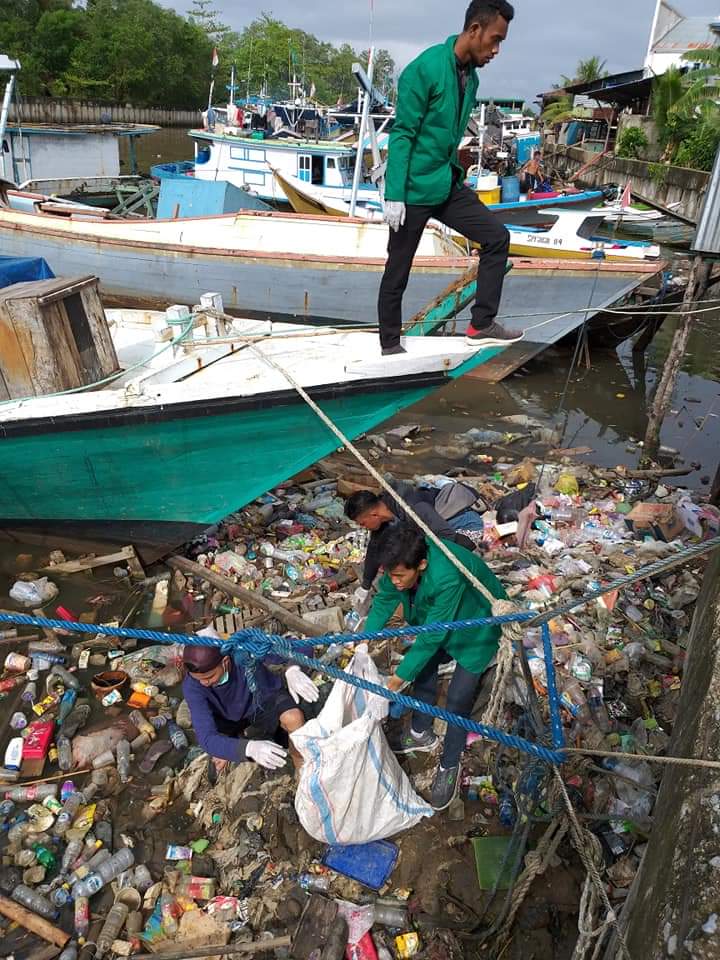 Community officials get involved as well 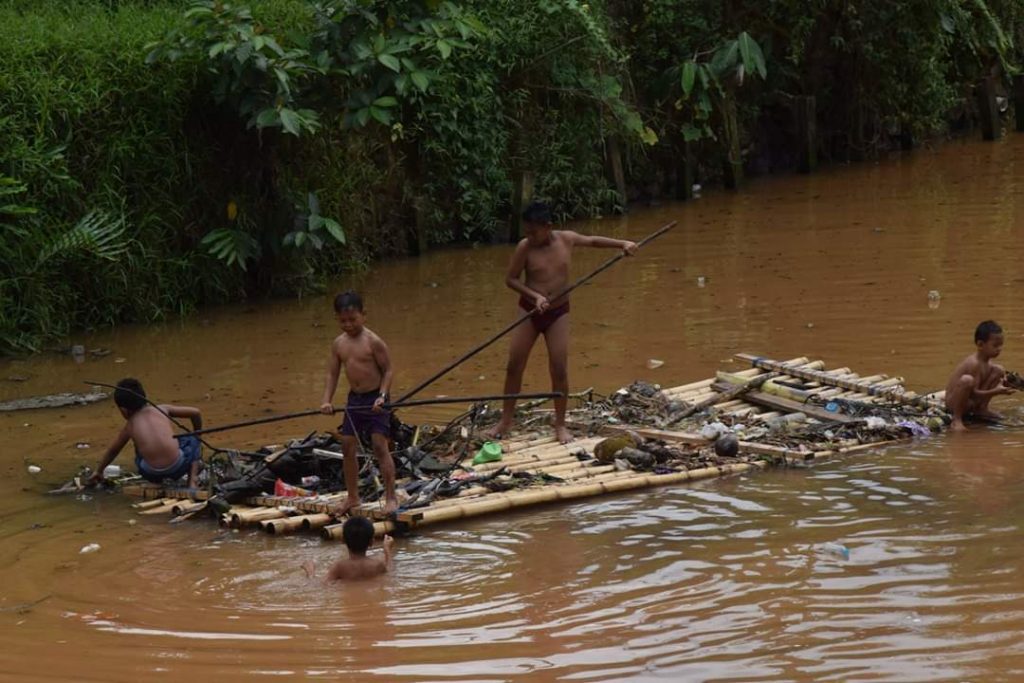 Local children fill a makeshift barge with the Remu’s trash

When the day’s program ended, piles of garbage weighing several tons were raised from the Remu river and transported to proper disposal sites. 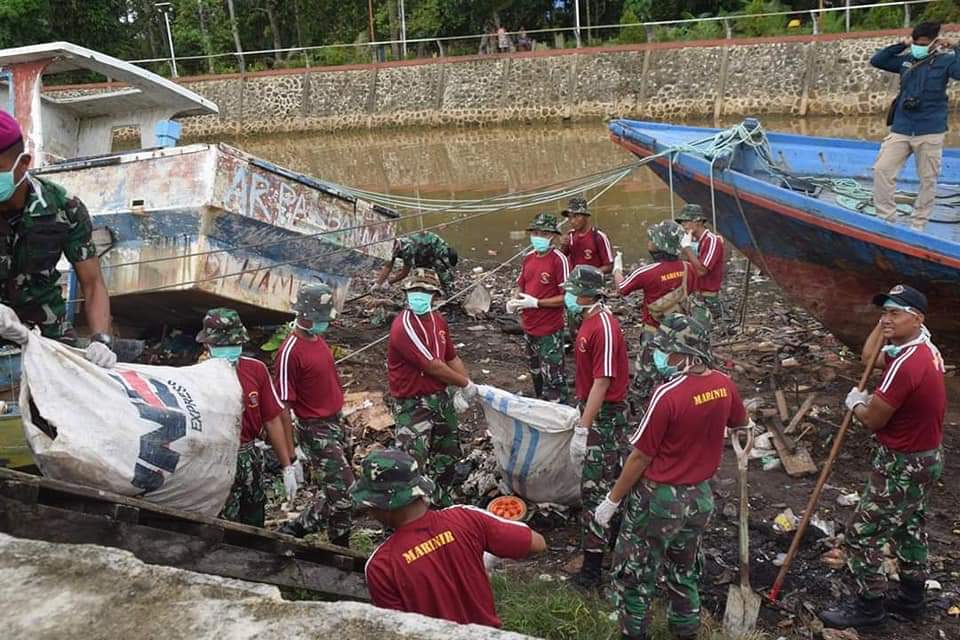 Administrator’s Note: This river clean-up program and a myriad of others are, in whole or part, supported by the permanent Blue Abadi Fund (BAF).  The Blue Abadi Fund is the “heart and soul” of the conservation efforts within the BHS. The fund is a dedicated conservation trust fund for the Bird’s Head Seascape that empowers local communities and agencies to sustainably manage their marine resources by procuring local revenue sources and providing complimentary grants. By providing steady and ongoing funding for the core operations of the Seascape, the Blue Abadi Fund aims to ensure that the results of the Bird’s Head Seascape (BHS) endure in perpetuity.  “Abadi” means forever in Indonesian.  To read about the BAF, it’s mission and funding mechanism click here, Blue Abadi Fund.   The fund publishes a monthly newsletter detailing the conservation efforts and actions taken by the fund and its recipients in the never ending effort to preserve the region’s resources. If you wish to read the past newsletters go to BHS homepage and hover over Resources (in the top tier tool bar) which will reveal a drop down menu, then under Media, Fact Sheets & Legal click on Blue Abadi Fund and choose a newsletter.