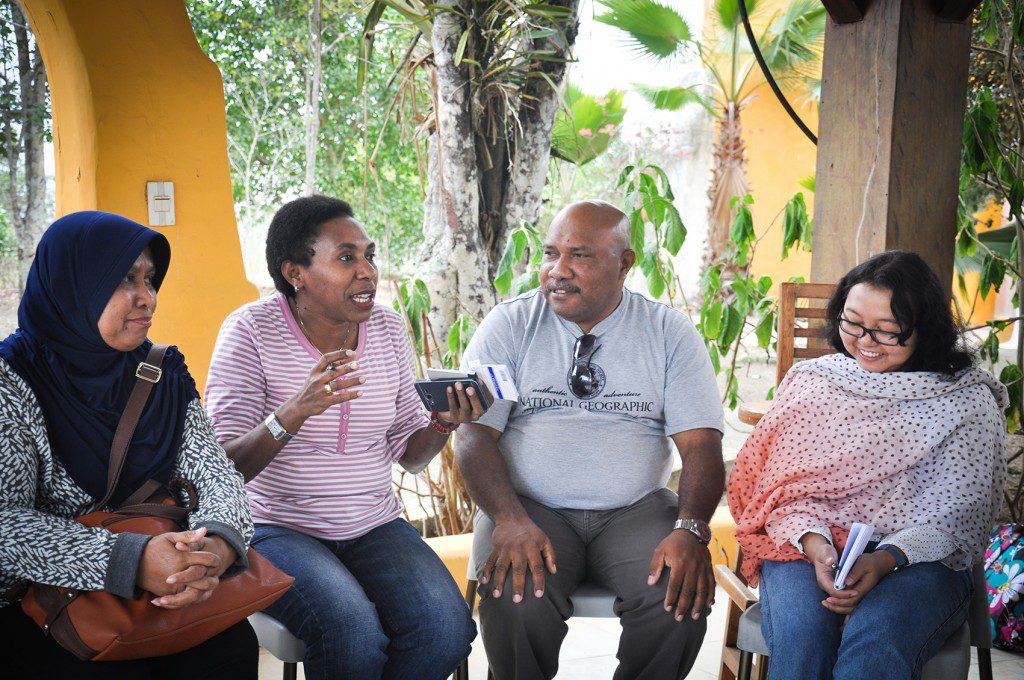 A group of Indonesians recently braved the 40-hour journey from Jakarta to Quito, Ecuador to talk conservation finance. Paying for conservation remains one of our biggest challenges, and the Indonesia group was eager to learn how Latin America has made it work. In particular, the Indonesia group was interested in strategies that may help finance West Papua’s 3.5 million hectare Birds Head Seascape – Indonesia’s largest network of marine protected areas, and global biodiversity hotspot.

The Indonesia delegation included protected area managers, academics and parliamentarians all committed to finding solutions to the challenge of paying for conservation. Participants quickly discovered that Ecuador and Indonesia have much in common. Both are middle-income countries, considered ‘mega-diverse’ on land and sea. Both derive significant incomes from nature-based tourism. And both countries provided the ‘living laboratories’ that informed our modern theories of evolution – as Charles Darwin was studying the fauna of the Galapagos in the 1850s, his peer Alfred Russell Wallace was doing the same in eastern Indonesia. These shared experiences provided a strong basis for diving into the issue of conservation finance.

First up, the Indonesia group heard from three of Latin America’s most successful conservation trust funds; Forever Costa Rica, Columbia’s Fonde Accion and Ecuador’s Fonde Ambiental Nationale. For more than 20 years, Latin America has relied on trust funds to complement government conservation budgets. The use of gifted endowments and corporate social responsibility (CSR) contributions generates annual revenues that may be allocated by the funds, to ‘top up’ gaps in government budgets and support non-government actors. Our group learned of the catalytic effect of trust funds – usually resulting in strengthened government commitments, while also attracting further outside investment in conservation.

Next, we learned of an innovative new finance scheme called ‘socio manglar’, where mangroves are directly managed by communities in order to meet conservation and livelihood aims. Communities are given a fixed-term lease of local mangrove areas, which they protect using annual incentive payments from government. They are also encouraged to develop sustainable businesses in those mangrove-ecosystems, such as small-scale fisheries. Communities generate incomes through these businesses, while the mangroves are protected cost-effectively. The success of their business becomes tied to successful protection of the habitat. Ecuador hopes to soon manage 50% of its mangroves in this fashion. This ‘payment for ecosystem services’ (PES) approach is also being used to support Ecuadorian communities, who provide clean water supply to towns, by protecting environmental flows in watershed areas. 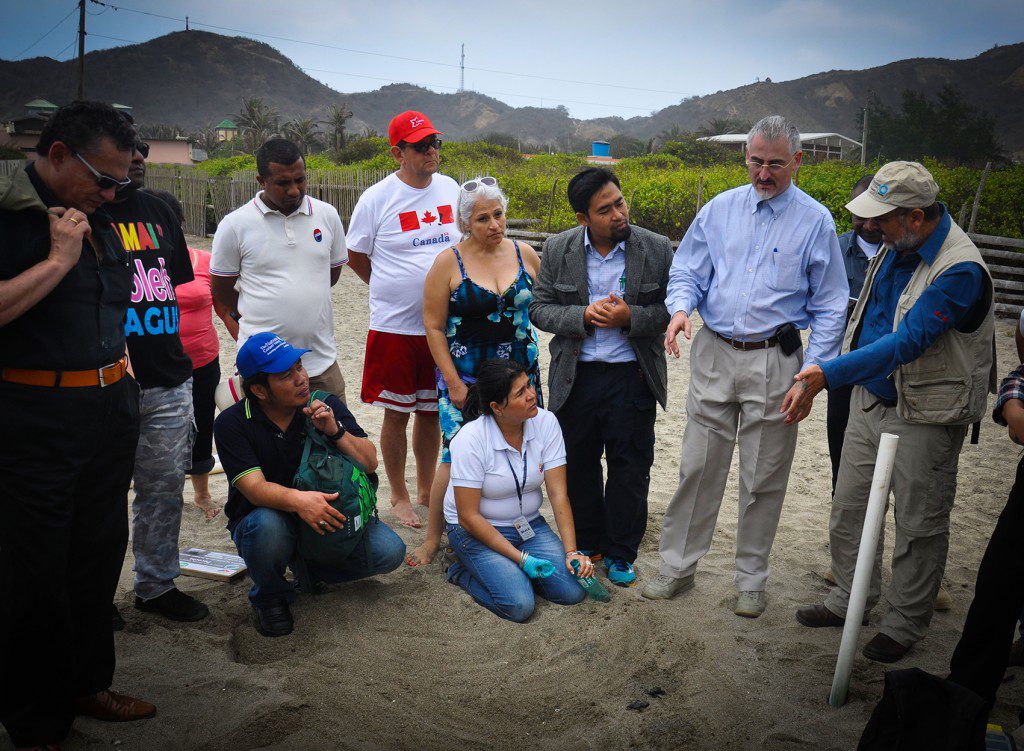 The Indonesia group was able to share success stories of its own. West Papua’s 3.6million hectare ‘Birds Head Seascape’ has set the standard for large-scale marine protected areas in Indonesia.

Thanks to strong support from the Birds Head Seascape program, in less than a decade the Raja Ampat’s MPA Authority has established itself as Indonesia’s first self-financing protected area. The MPA network now generates around a million dollars in annual tourism revenues, and uses these funds to directly employ more than 120 local people as MPA rangers, managers and administrators. Many hundreds more now find work in local ecotourism businesses. These conservation jobs not only replace ‘extractive’ jobs such as fishing, but also build strong constituencies for nature conservation which can further drive government toward improved management and regulation.

And to set itself a clear green development path, the provincial government of West Papua declared itself a Conservation Province on October 19 of this year. This bold and unprecedented move will see more local government funds earmarked for the management of natural resources by the local communities so dependent on them. .

Building the partnerships for conservation finance

The Indonesia-Ecuador exchange reinforced the notion that the challenge of financing conservation is a global one. Biodiversity hotspots are often located in countries less able to pay for conservation, and with higher levels of dependency on natural resources. People need nature to thrive, and by connecting local and global communities CI helps ensure that these wild areas can endure – for the sake of local livelihoods, and for a healthy global environment.

New opportunities for finance are emerging. The need to mitigate climate change will present new opportunities for conservation finance. Stable mangrove and tropical forest ecosystems sequester vast amounts of carbon, and this sequestered carbon has value in the global carbon market.  Meanwhile, countries like Indonesia are developing strong corporate social environmental frameworks so that the private sector is obliged to ‘give back’.

Within the Birds Head Seascape, modeling has shown that for less than $2 per hectare per year, we can fund effective management of some of the globe’s most spectacularly diverse reefs, or climate change mitigating mangroves. This is significantly lower than the cost of conservation in developed countries, representing excellent ‘bang for buck’ for conservation investors. To this end, the Birds Head Seascape is now embarking on an ambitious journey of developing its own conservation trust fund. Stay tuned in the months ahead to learn more on this exciting development!

We gratefully acknowledge the support of the Walton Family Foundation, our colleagues in The Nature Conservancy, CI Ecuador, the communities of San Lorenzo and Aqua Blanca, and the supporting local institutions who made the visit possible.