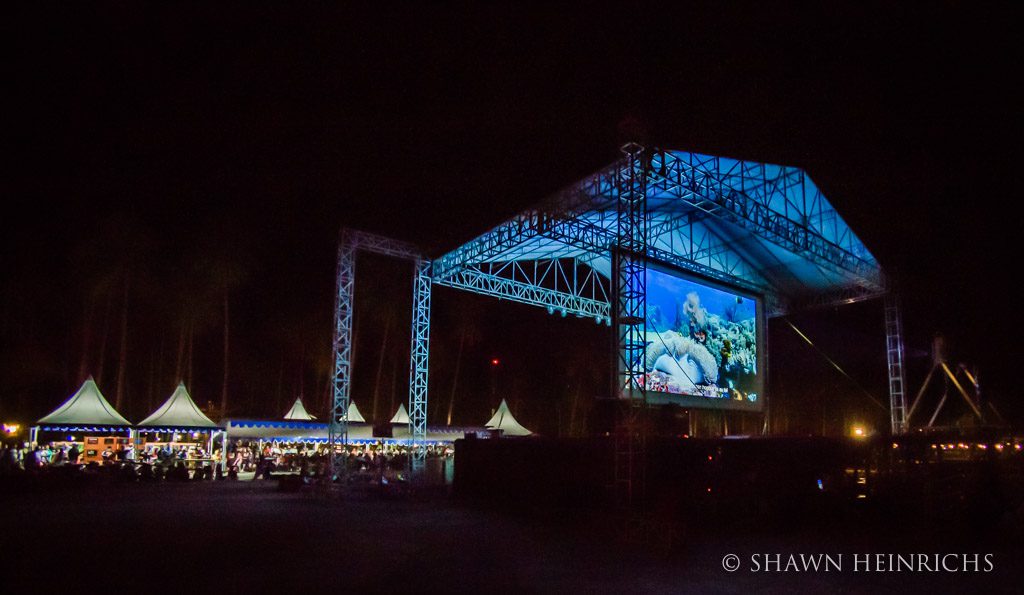 Greetings from Bali – I hope you all are well. As the main donors for this effort, I wanted to quickly share with you some photos and news of the “Guardians of Raja Ampat” film tour de force that just completed last week. Renowned videographers Shawn Heinrichs and John Weller completed the documentary (which covers three years’ of filming) in mid-November, and then took the show on the road to the capital of Raja Ampat (Waisai) and its 12 district “capital villages” with a giant community outdoor theater tour that used the Kalabia education vessel as the tour platform. The Kalabia crew and education team (tirelessly organized and supported by Angela Beer as always) busted their buttons setting up and breaking down 4000 lbs of outdoor theater gear in each village, and Papua’s most famous singer, Edo Kondologit, volunteered his time for nearly 3 weeks to headline the tour and ensure huge turnout crowds at each showing. Estimates from Shawn and John are that they easily reached 1/3 of Raja Ampat’s entire spread out population. The tour then concluded with a showing at the US Embassy’s “@America” venue in Jakarta (with a jam-packed venue including the US Ambassador and many USAID folks, high-ranking government officials and Indonesian university students) that also gave Pak Ketut, Ministry and USAID officials an opportunity to publicly reflect upon 10 years’ of conservation investment in Raja Ampat (photos of this event can be found at: https://www.flickr.com/photos/atamerica/sets/72157647355577633/ ). 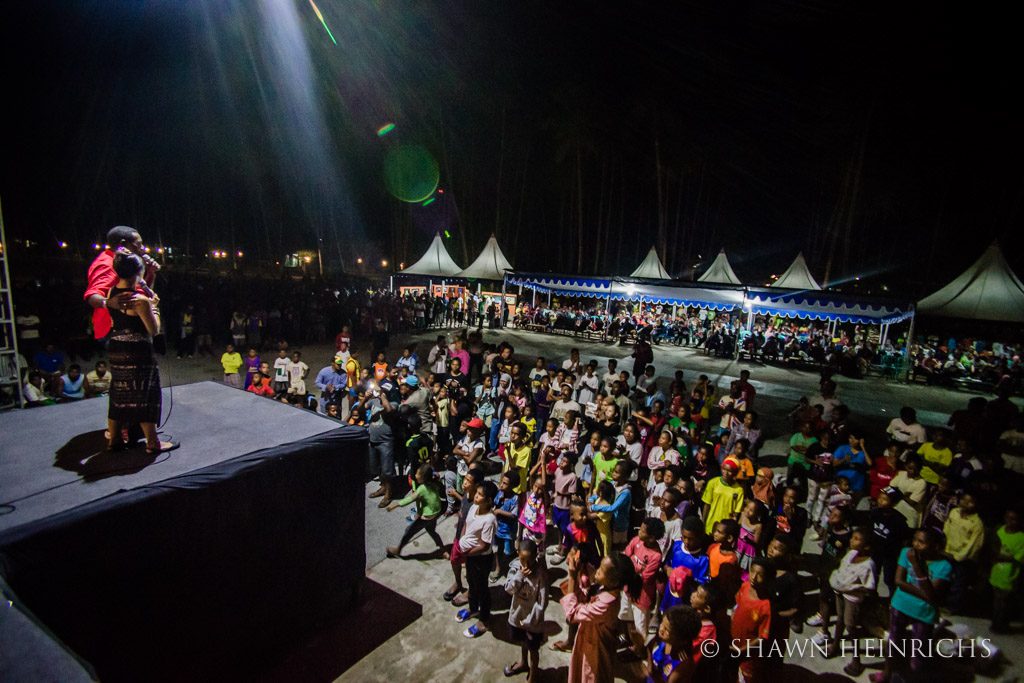 Overall the film has been declared a smashing success in highlighting the wisdom and courage of the people and leaders of Raja Ampat in setting aside nearly half of their reefs in MPAs (Marine Protected Areas) and vigorously defending these reserves. Our aim was to make a film that crowned the decade of strong conservation effort and solidified the story of Raja Ampat’s MPAs in the hearts and minds of all of Raja Ampat’s community members – in a way that would ensure that all of these decisions and sacrifices made by Raja Ampat’s elders would not soon be forgotten by the younger generations. Beyond this, the film is also of value in communicating the approach we’ve pioneered in large-scale community-based marine conservation in Raja Ampat to governmental officials and university students at the province and national level, and Shawn and John also worked hard to insert English subtitles into the film in order that it can be enjoyed by those that don’t speak Indonesian as well. 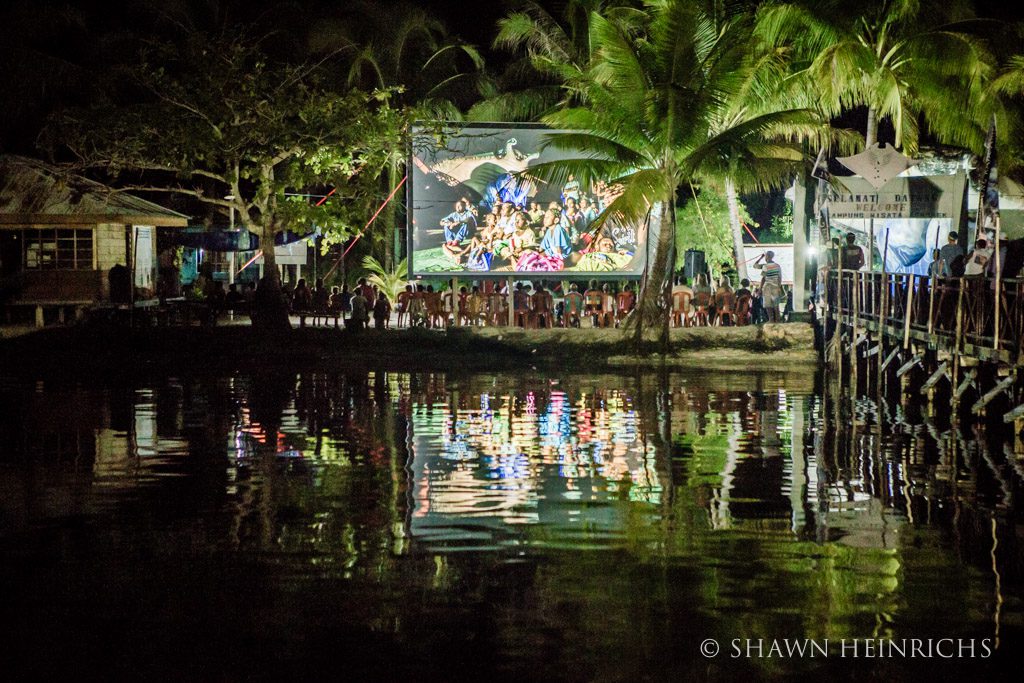 Shawn and John relayed that the most soul-satisfying moments came in watching the reactions of the communities watching the film. In their words:

Mark, it was truly awesome. I felt like we were reconnecting a people. I wish you could have seen all the kids throwing their fists in the air to “Aku Papua”, heard the southern Muslim leaders quoting Yessy, felt the crowd shutter at the fish bomb blast. The pride was palpable. Very Che Guevara. After the film, we invited community members to get up and speak. These impromptu speeches were perhaps the best evidence for the effectiveness of the messaging. People were impassioned. We’ll share all that as well as we get it sorted and translated. And by the way, I think you should really consider using Edo again in CI campaigns. He is like the Pied Piper.

They are finishing up a few final tweaks to the full 1 hour film and the 28-minute shortened version made for @America, after which I will share with you the links to download and watch either version. We are also preparing a DVD that will have the full film and a host of accompanying pictures and video clips from the tour that we will reproduce in the thousands and share freely to all villages in Raja Ampat to make sure every person in Raja Ampat has an opportunity to see the film (hopefully over and over again). 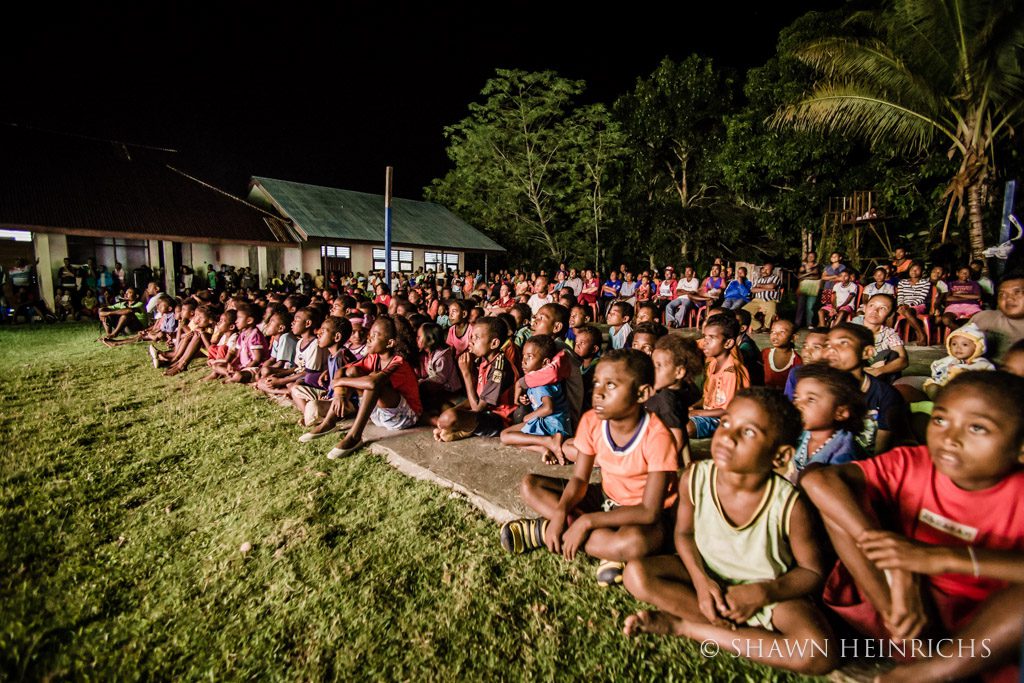 A huge thanks to each of you for your generosity in supporting this very important outreach effort, to our Raja Ampat staff (especially Wida, Mona, Adebu, Timore, Sabon, Ronald and Meity and Alberth and Kris) that assisted in all aspects of the numerous filming trips made to complete the film, to Angela and Bram and the Kalabia team for their superhuman efforts in supporting the tour, and to Matt and Ketut for setting up especially the successful @America event. Again, I’ll forward the link for the film by early next week. Happy Holidays as well!
Best,
Mark
P.S. As soon as the film is available we will provide a link!  Thanks for your patience it will be worth it! 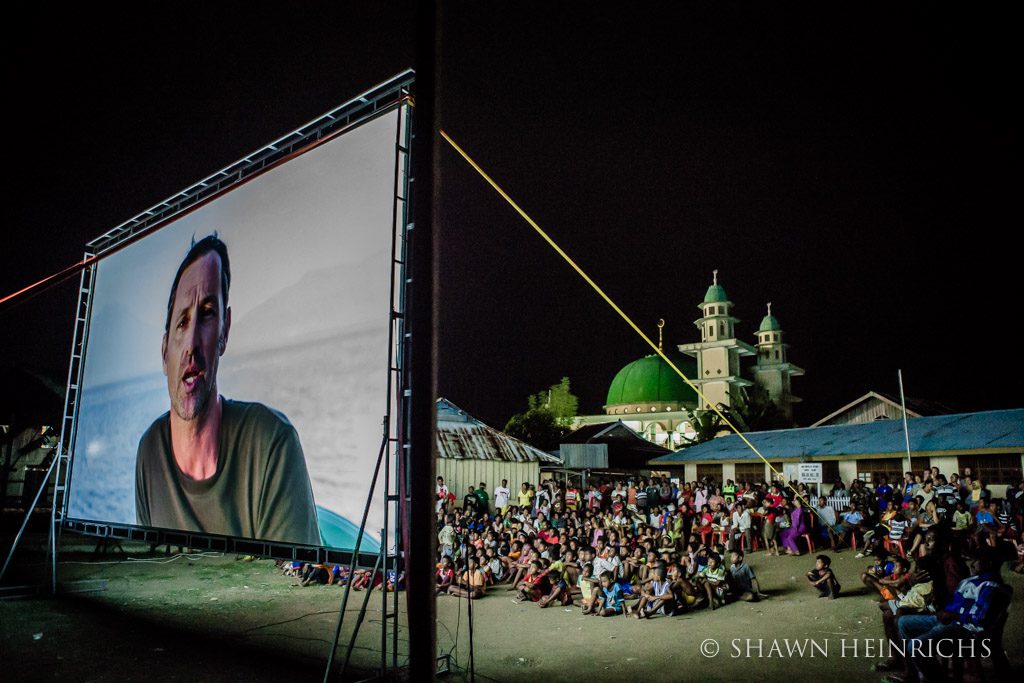