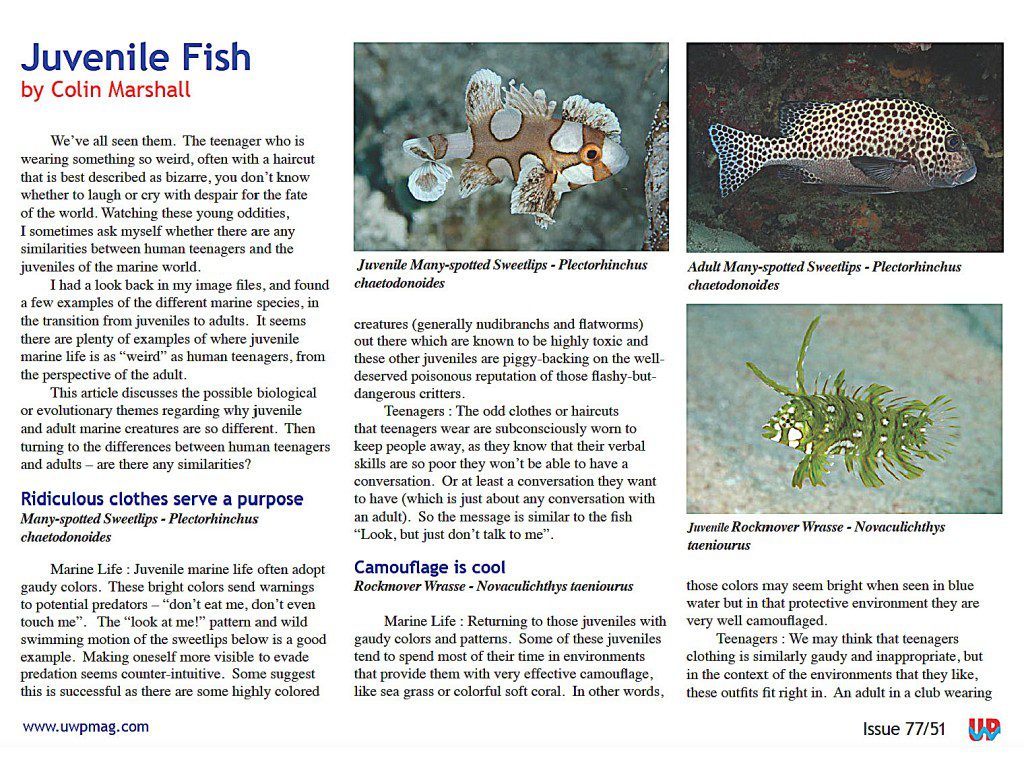 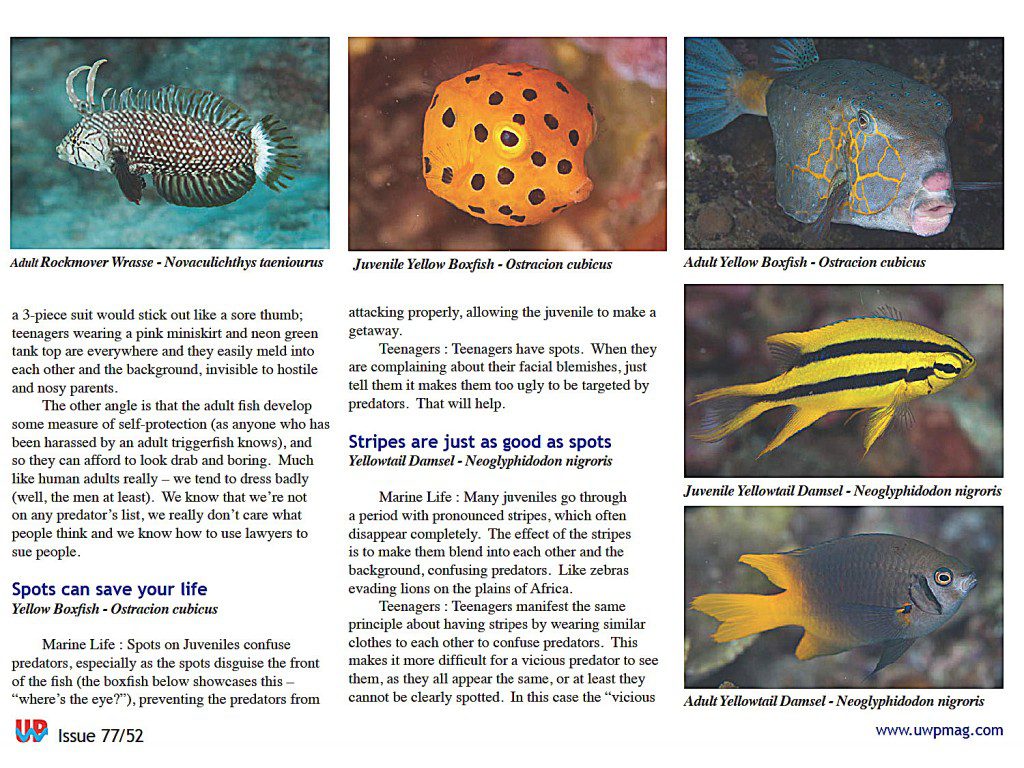 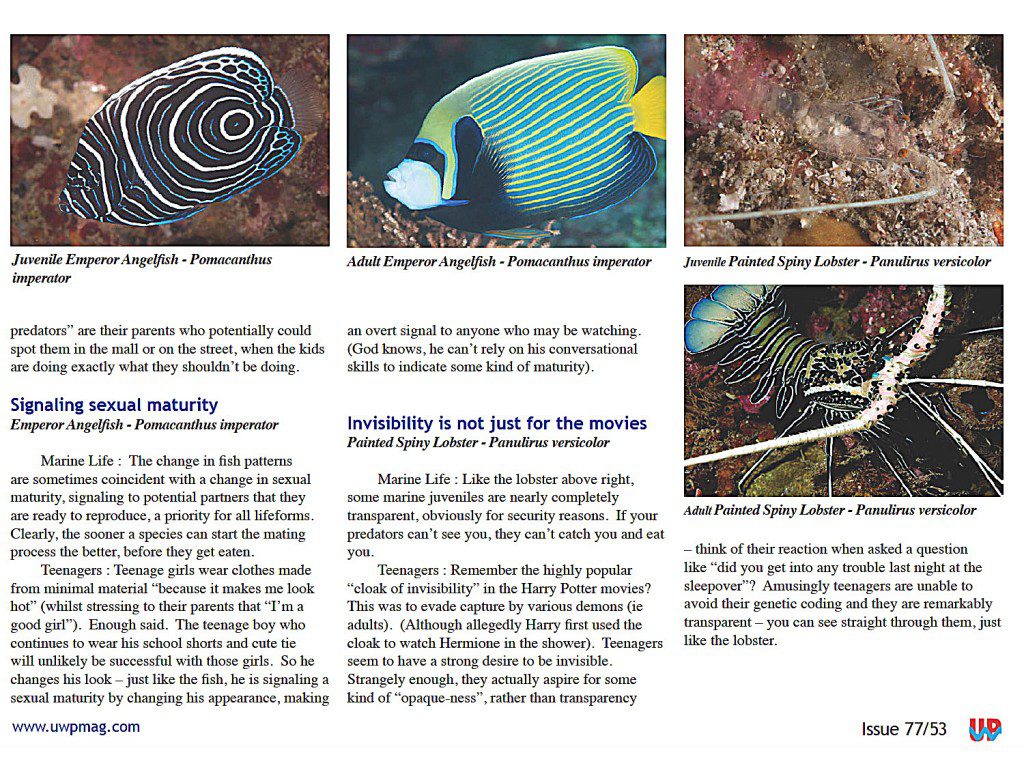 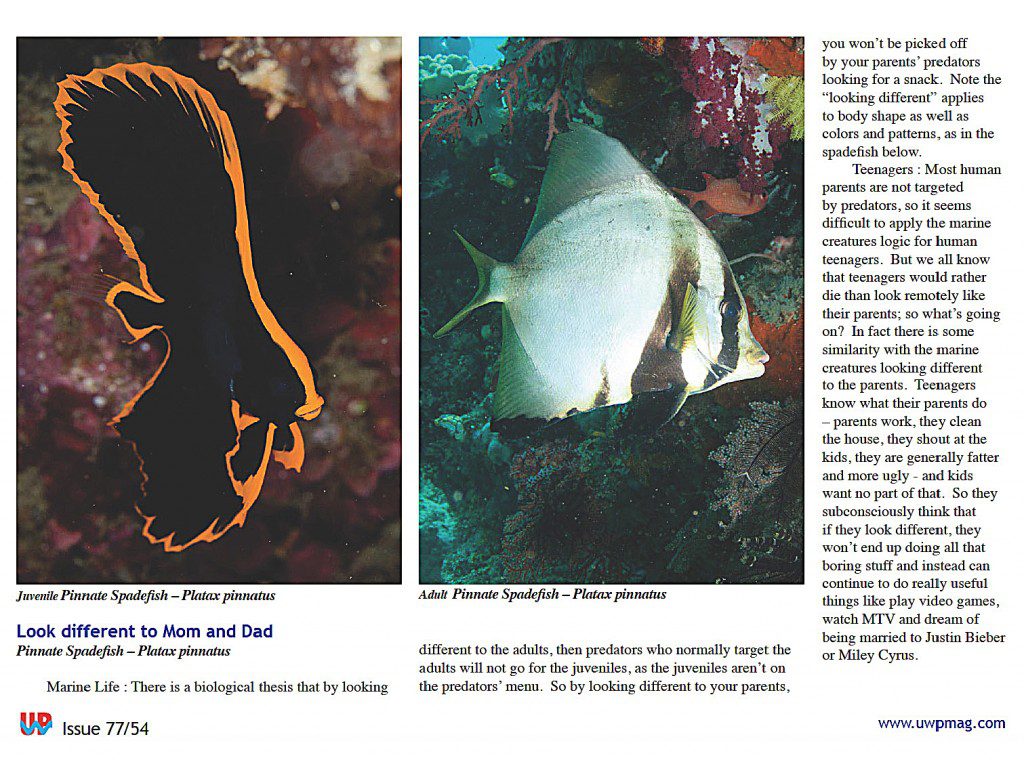 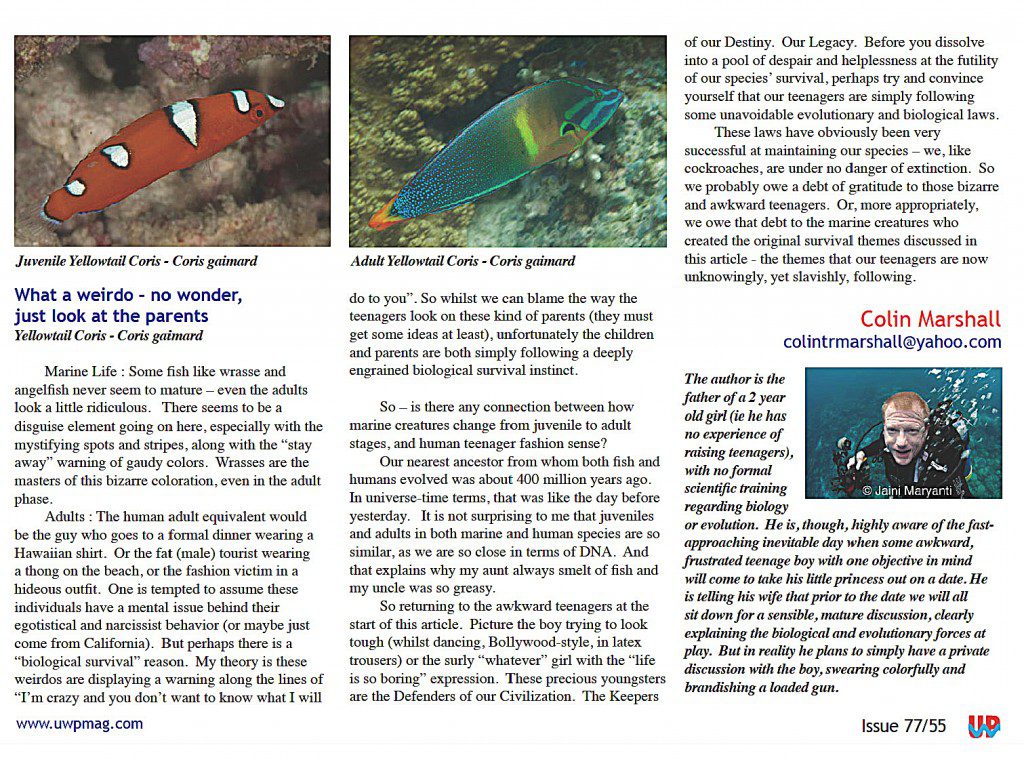 Colin Marshall, originally from the UK, has been diving since 1995, and trying to take pictures underwater since 1997.  His wife, Jaini “Yanti” Maryanti, from Indonesia, has been diving since 2002, learning to dive even before she could swim, primarily since she was still listening to her future husband who had assured her that it was very normal and not an issue.  Accordingly, she stopped taking his advice, and not just regarding diving, very shortly after this.
Colin tends to take “fish identification” type pictures, which Yanti calls “unimaginative and predictable”.  Yanti is much more creative, which Colin dismisses as “nonsense modern art”. Inevitably, they spend much of their time diving solo when diving together…
They like the Bird’s Head Seascape for its peace & quiet, the opportunity to see new species, large schools of fish, and the chance to take both macro and wide-angle images.
They live in Bali (hopefully in the same house-editor’s note). Their website is www.images-sea-land.com.