We are very happy to finally able to share the results of our twice-postponed voyage of discovery to the Bomberai peninsula.  In 2018 the Fakfak’s regency government formalized the creation of two new MPAs (Marine Protected Areas).  At that time the government requested assistance in developing tourism opportunities in the area.  A trip was planned for 2020 but, as some of you may have noticed, Covid got in the way.  Finally, this past May we were able to complete our mission. 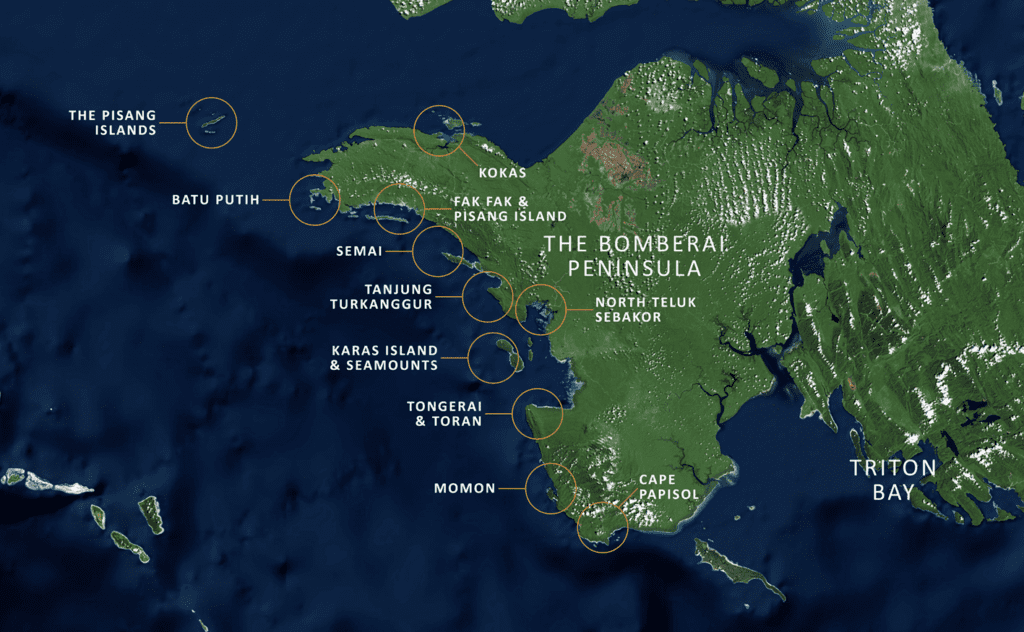 West Papua’s Bomberai peninsula and the areas we explored

Let’s start with, “Where in the heck is Fakfak”?  Fakfak (both a town and a regency) lie on Indonesia’s West Papuan mainland, conveniently located halfway between Misool (southern Raja Ampat) and Kaimana’s Triton Bay.  Most liveaboards traveling between these two jewels in the Bird’s Head Seascape, stop only briefly at two previously known sites; one in the Pisang Islands (west of Fakfak and the Bomeberai) and another near Mommon’s spectacular waterfall in the south.  But two sites do not make an itinerary.  The Fakfak Regency wanted us to help them determine if there were enough attractions to encourage liveaboards to linger so that the region could develop as a stand alone destination.  Most boats don’t have the luxury of time to search for new sites or topside attractions during charters.  So we were tasked with doing it for them.  Not the worst job in the world!

Dr. Mark Erdmann, who at that time was Conservation International‘s Senior advisor for Indonesian marine programs, chartered the liveaboard Pindito and assembled an intrepid team for the project.  Mark and Edi Frommenwiler, Pindito’s owner, set the itinerary.  Additionally Mark, in addition to photographing, kept the journal of our travels and compiled a data base of our discoveries.   Dr. Gerald Allen, the world’s foremost tropical marine ichthyologist who was the first to call attention to Raja Ampat’s fish diversity in the early 2000’s, joined us as well.  He and Mark kept out a sharp eye for new fish species.  They photographed what they believe are four new ones! 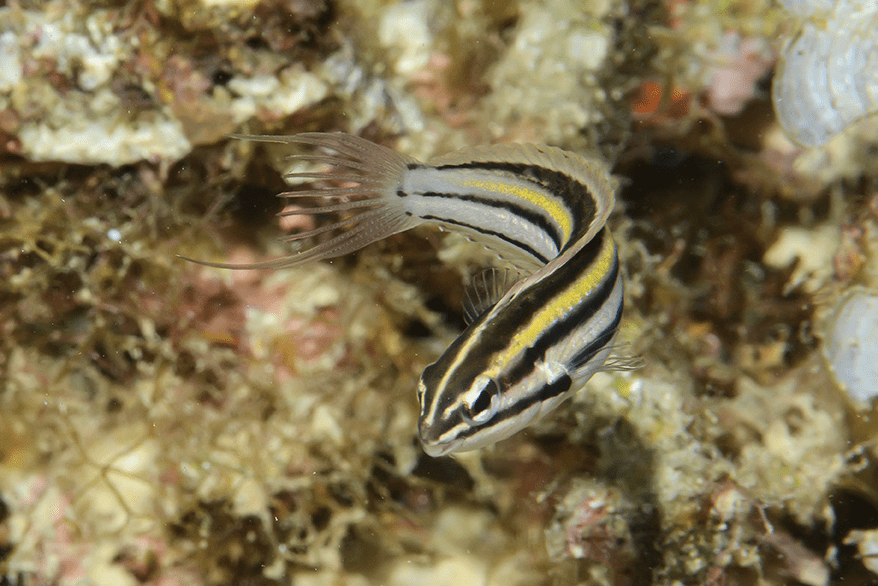 Fang Blenny: One of the four new species photographed on the trip

The team in charge of producing content included Garry Bevan, a British expat and liveaboard cruise director.  Garry was aboard to help locate new sites and make detailed maps of the best ones.  Mike Veitch and Luca Viame, Bali-based videographers and still photographers who run Underwater Tribe, were along to create a promotional film for the Fakfak government.  Sarah Lewis, a manta conservationist and founder of the Indonesian Yayasan (like an NGO) Thrive, was there to assess the region’s potential for shark and ray tourism development.  Joel and Jennifer Penner, photographers, videographers and website developers whose company New Media Soup are the BHS webmasters, were on-board to photograph and provide tech support.  My wife, Maurine Shimlock and I own Secret Sea Visions, are the administrators of the BHS website and authors of two guide books on the area, 2009’s “Diving Indonesia’s Raja Ampat”, and 2011’s “Diving Indonesia’s Bird’s Head Seascape”.  I was along as the primary surveyor of new sites.  I spent most of my time on an underwater scooter, assessing nearly 100 kilometers of never-before-dived reefs. 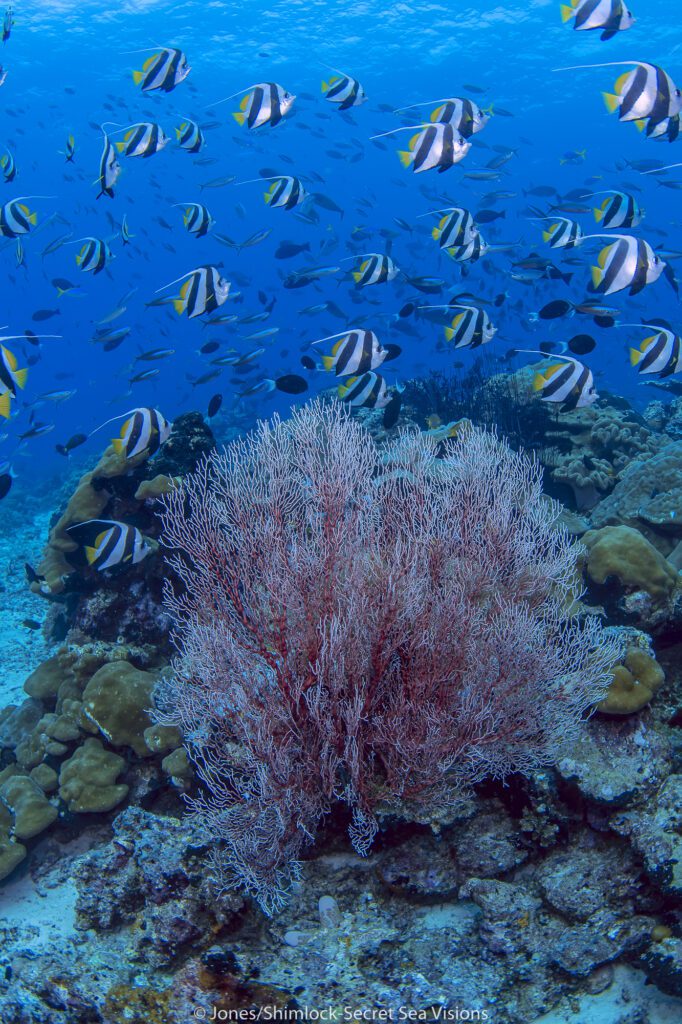 Schooling Bannerfish at a new divesite

An impressive team from the local Yayasan Konservasi Indonesia joined us to interpret our findings for the Fakfak government and local communities and provide input on domestic tourism potential.  Their team was led by West Papua program director Meity Mongdong and Kaimana-Fakfak corridor manager Ismu Hidayat.  The team included Meidarti Kasmadi, Susan Vulpas, Permenas Mambrasar, Bertha Matatar, Yokonias Thonak, Johanis Toisuta, and partners Ramlie Salihi (head of the Fakfak MPA Management Authority), and Isak Samori of the West Papua Ministry of Environment and Forestry.  Many of these team members have been at the forefront of developing the BHS initiative for nearly two decades.

We spent almost three weeks exploring the area.  In addition to the new fish species Mark and Gerry photographed, we found a number of outstanding new dive sites including a manta ray feeding station.  Some of the newly surveyed seamounts were boiling with multiple schools of fish.  Members of the team also sighted whale sharks. Over the coming months we’ll be sharing diving information and Garry’s detailed maps with you.  Mike and Luca’s film, along with a short video by Joel, can be viewed here, www.birdsheadseascape.com/Fakfak.  We spent a part of most days pursuing potential  tourism attractions besides diving.  The area is incredibly diverse with endless opportunities for exploration. We found numerous shallow pristine hard coral gardens perfect for snorkeling and labyrinthian waterways with hidden beaches and rocky islets covered with orchids that are awaiting the first kayakers.  Fantastic river, waterfall, and village tours will be on many visitor’s wish lists.  A trip to a spectacular bat cave, and bird watching expeditions will lure many others. 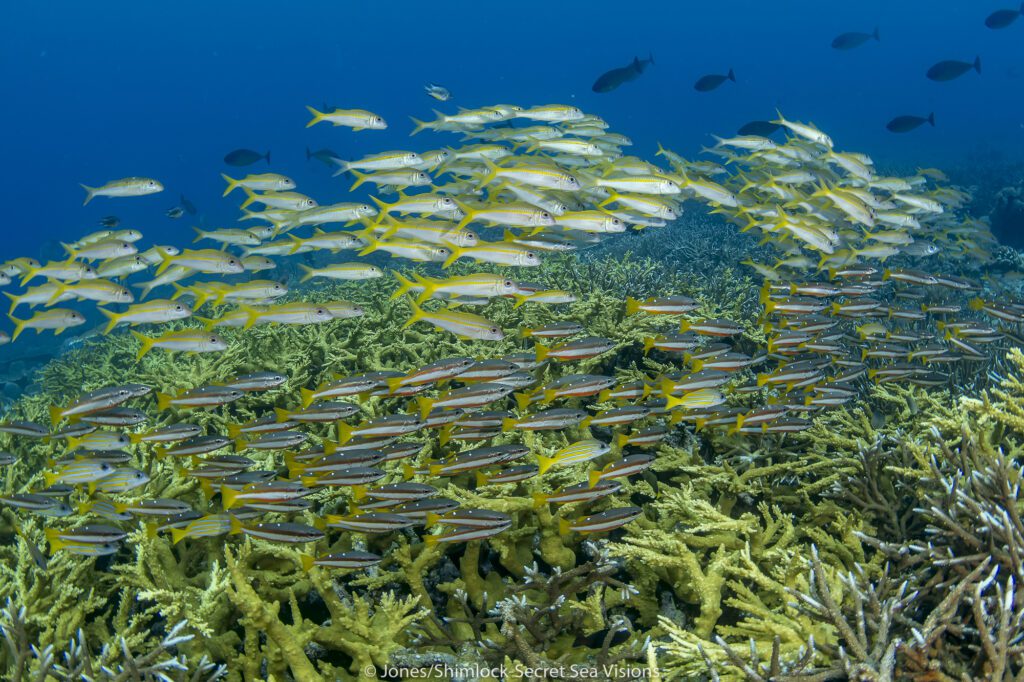 Schooling snappers and goatfish at a newly discovered site

An article in Dive Alert Network’s (DAN) quarterly magazine Alert Diver was recently published.  You can access the magazine via downloading their free Alert Diver app.  You can, however, read the article by clicking on the following links.  The first link will open the article’s first two page spread, while the second opens the final pages. (Pages 76-77): https://www.qgdigitalpublishing.com/publication/?i=765175&p=78&view=issueViewer. Second spread (Pages 78-79): https://www.qgdigitalpublishing.com/publication/?i=765175&p=80&view=issueViewer.

As advocates for implementing tourism as a conservation tool, we must ensure our findings benefit local communities as well as the environment.  With the two new MPAs and government supported conservation regulations approved, Fakfak and the Bomberai are well-positioned to take their place as another stellar attraction within Indonesia’s incomparable Bird’s Head Seascape. 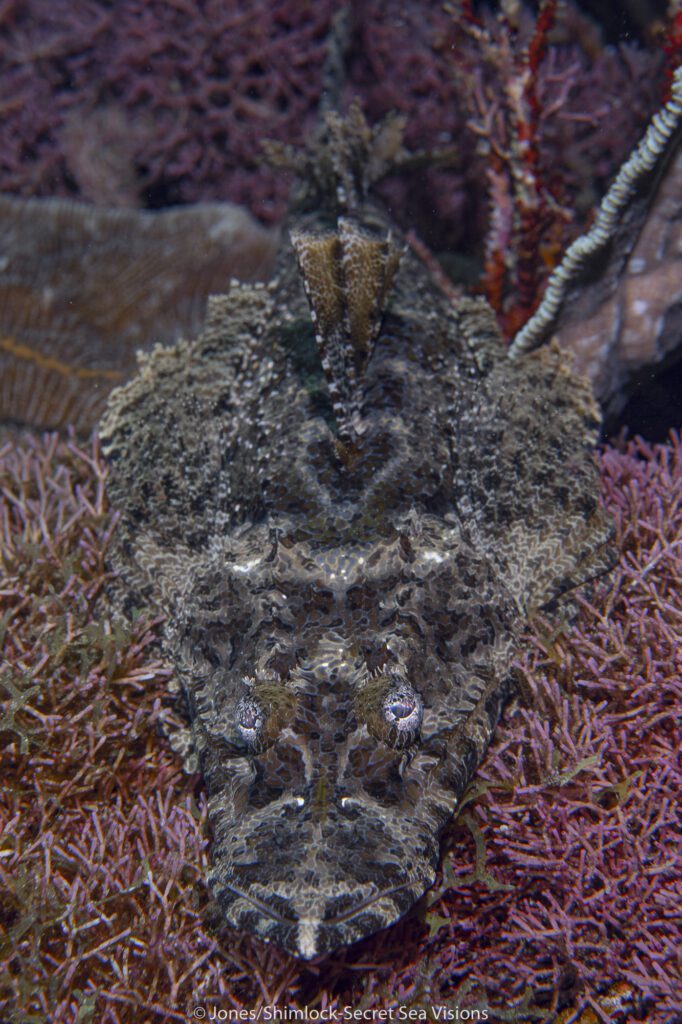 We’d like to specifically thank the Fakfak government for hosting this tourism assessment, Edi Frommenwiler and the Pindito crew for serving as a fantastic survey platform, and the Sunbridge Foundation for funding this work.