This blog originally appeared in the Human Nature: Conservation International Blog.  It is shared here with their permission.

Editor’s note: To kick off Shark Week 2016, we’re bringing you the latest science news about the world’s largest fish. This blog was co-written by shark researchers Mark Erdmann, Abraham Sianipar and Megan Meyers 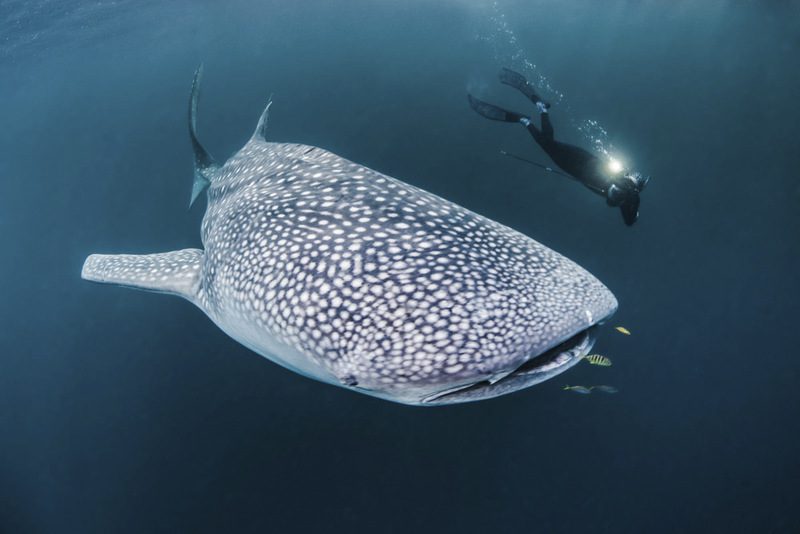 One of our finmount satellite-tagged whale sharks taking a stroll in Cendrawasih Bay. © Shawn Heinrichs

Last year about this time, we wrote on Human Nature about a ground-breaking new whale shark satellite tagging program we had just launched in Cendrawasih Bay, in the Bird’s Head region of eastern Indonesia….

We’ve now had tags deployed on five whale sharks for over a year, and have deployed an additional 11 tags over the past eight months. So far the tags have functioned beyond our highest expectations, providing a wealth of new insights into the behavior of the world’s largest fish. Here are four things we’ve learned:

Mark Erdmann is Conservation International’s (CI) vice president of Asia-Pacific marine programs, Abraham Sianipar is CI-Indonesia’s elasmobranch conservation specialist and Megan Meyers is a master’s student at the University of Auckland focusing her thesis work on analyzing these sharks’ movements.