Trimma putrai is a beautiful polka-dotted species that is known from the two areas of Indonesia that Pak Ketut has most focused on during his career: the Lesser Sundas (Bali eastwards to Timor-Leste) and West Papua. 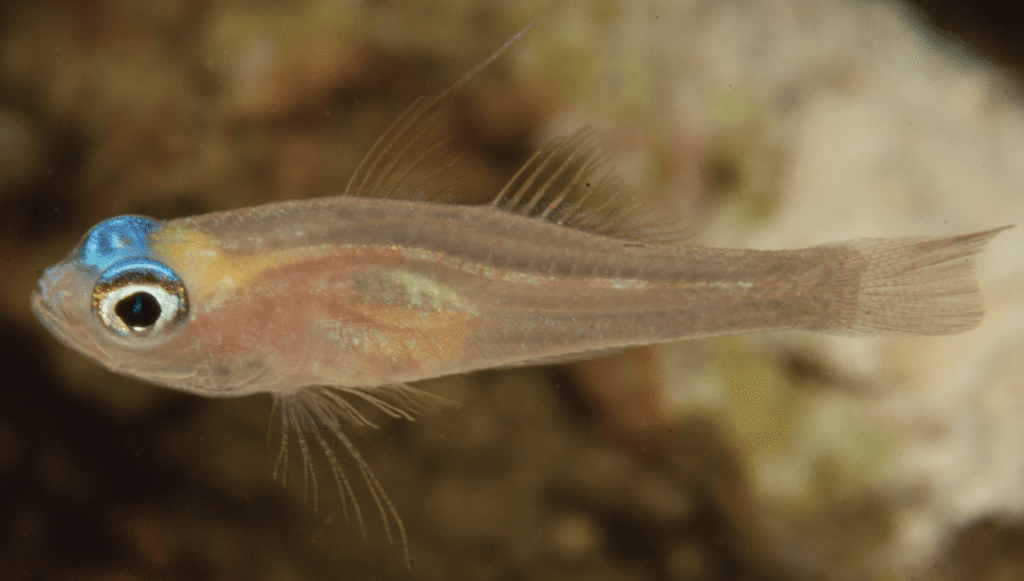 While Trimma meityae is a rare blue-eyed species known only from Cendrawasih Bay in West Papua – which is of course fitting given Meity’s strong focus on West Papua and the Bird’s Head Seascape for the past 15 years.

I’m sure you will all agree with me that these two honorary species names are very well-deserved – between them, Pak Ketut and Ibu Meity have nearly 3/4 of a century of dedication and service to conserving Indonesia’s marine resources – from sea turtles to coelacanths, coral reefs to mangroves, and having contributed significantly to the set-up and improved management of at least 30 MPAs covering nearly 6 million hectares (my quick back of envelope calculation) from the South China Sea to Java Sea, Kalimantan, Sulawesi, Bali, the Banda Sea and of course West Papua. Both Ketut and Meity were previously honored with Seacology Prize awards (a global award given annually to an outstanding indigenous islander conservationist), so it seems appropriate to now honor them with their own fish species.