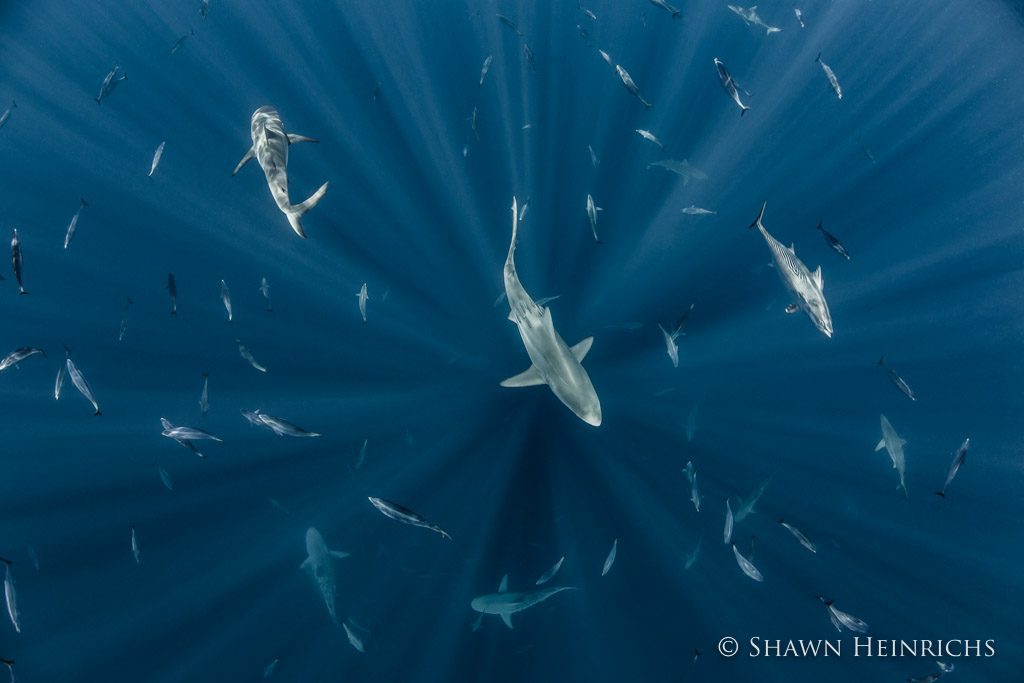 There has been so much to celebrate about the astounding recovery of reefs, reef fish and reef sharks within the Misool Marine Reserve located in Southeast Raja Ampat, Indonesia over the past decade, primarily due to the steadfast enforcement work of Misool’s community ranger patrols. What was once a bastion for shark finners, dynamite fishermen, turtle poachers, longliners and gillnetters, is now a fully protected marine reserve. And the results speak for themselves: an overall increase of 250% in fish biomass within the Misool Marine Reserve in just six years, and a staggering 600% increase in fish biomass on some of the key dive sites! The rebound for reef shark populations has been perhaps even more impressive – the latest study showed 25 times more sharks found inside the Marine Reserve than directly outside of it. And to the delight of divers, oceanic manta ray sightings have also increased 25-fold between 2010 and 2016. 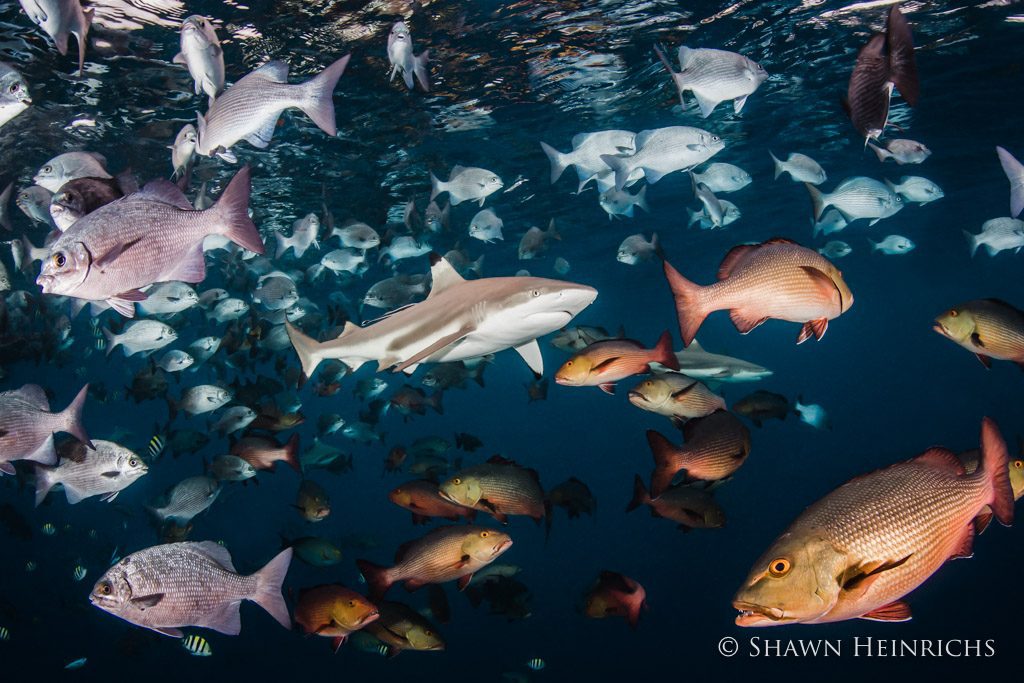 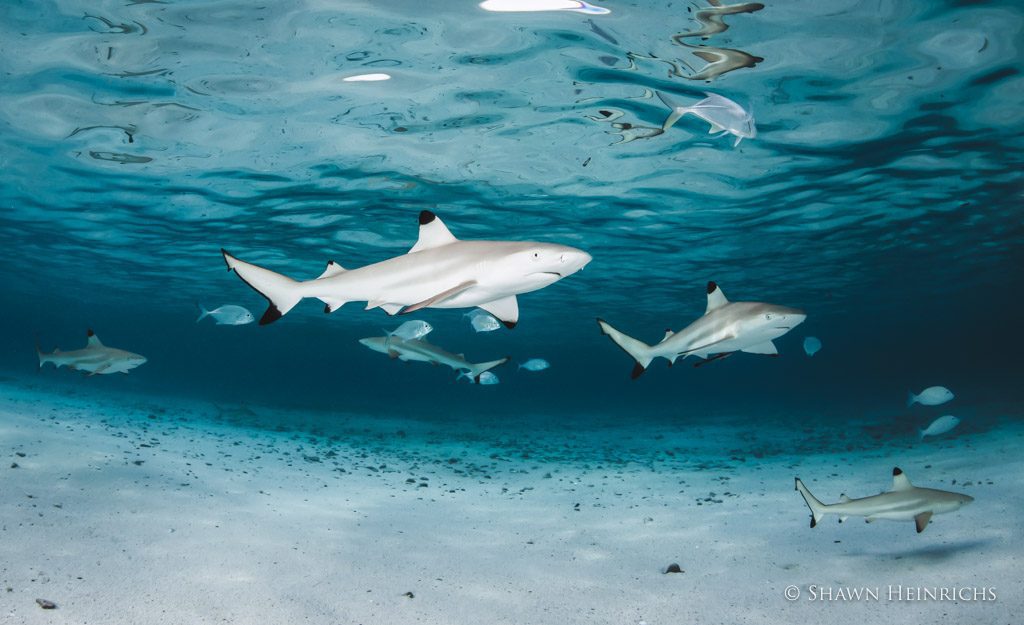 Once the site of a shark finning camp, Misool’s lagoon is now a nursery for baby blacktip reef sharks

But what hasn’t been talked about is what is happening in the blue water, or pelagic zones, within this massive 1220 sq km protected area. This past April, having just returned to Misool’s jetty after and another brilliant dive with oceanic manta rays on a legendary seamount within the reserve, I noticed a disturbance on the surface with birds in chase, just a few hundred meters south of the jetty. We raced out on the dive tender to investigate, and when I jumped into the water, I discovered bonito and dozens of sharks hammering a frantic sardine bait ball! These were not just the ordinary reef sharks found on Misool’s reefs, but instead I found myself surrounded by oceanic blacktip sharks, grey reef sharks, and what appeared to be several bull sharks – a species I had personally never seen in Raja Ampat, and had believed to be effectively depleted beyond recovery within the reserve! 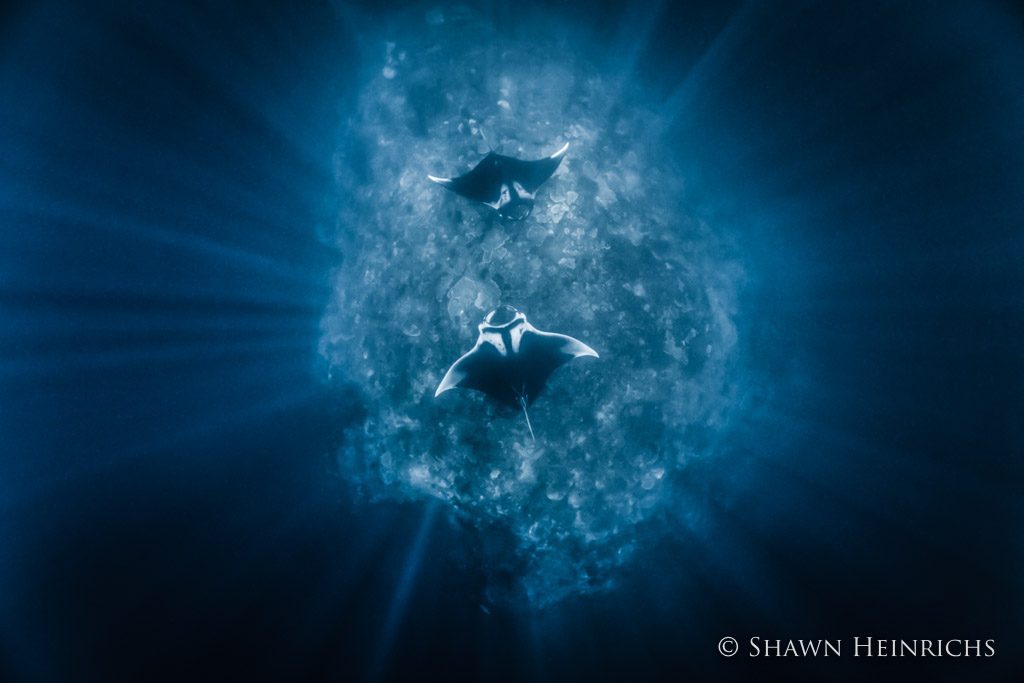 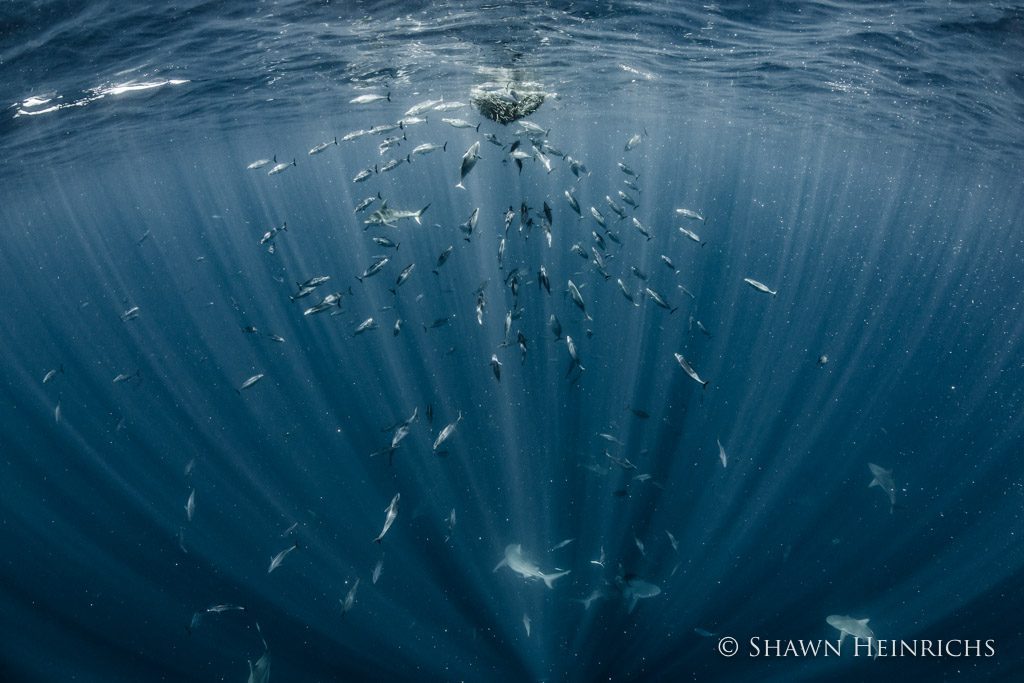 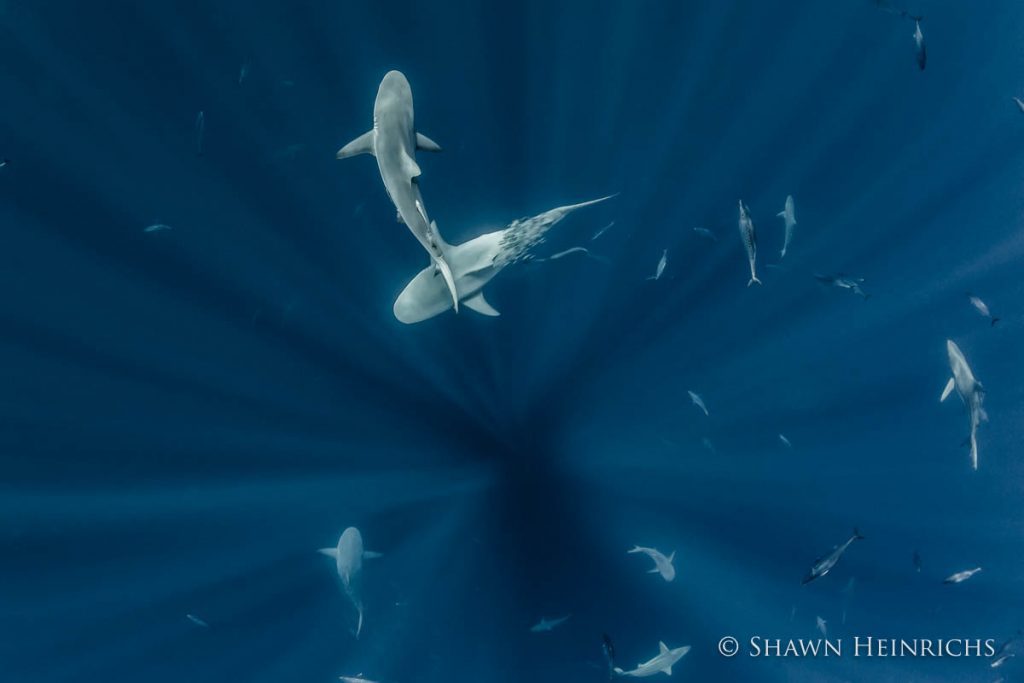 Sharks spiral up from the depths to feed on the baitball

Over a decade ago when we started the Misool Marine Reserve project, shark populations were so severely depleted that I never imagined I would witness something so spectacular as shark baitball within the reserve.  Beyond the thrilling experience and exciting imagery, this encounter suggested that the benefits of larger coastal marine reserves might extend beyond the reefs and into the blue. 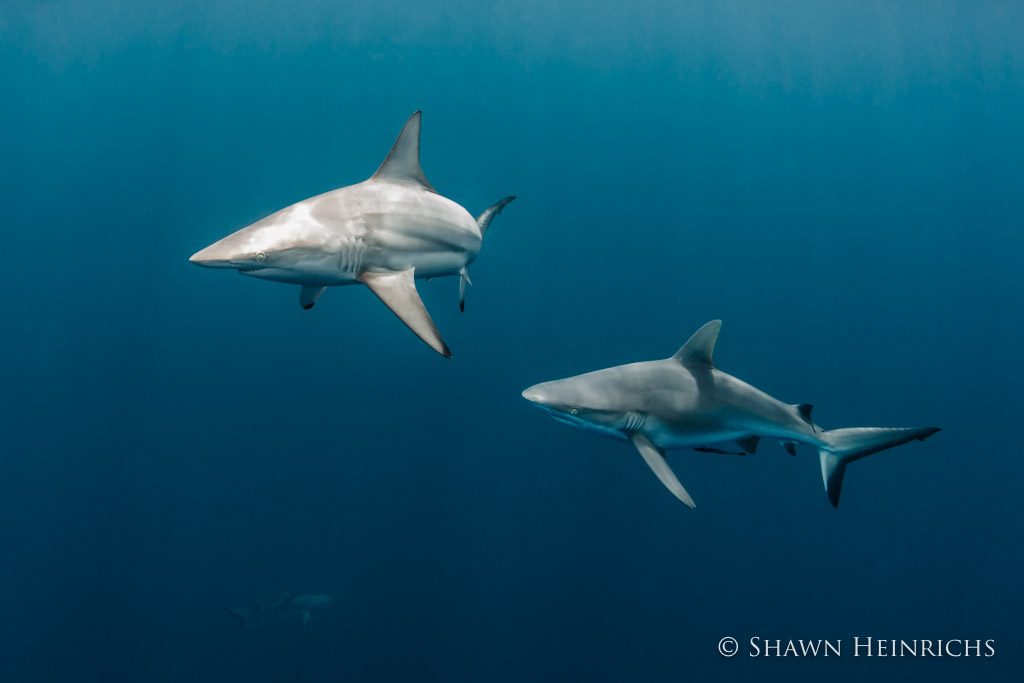 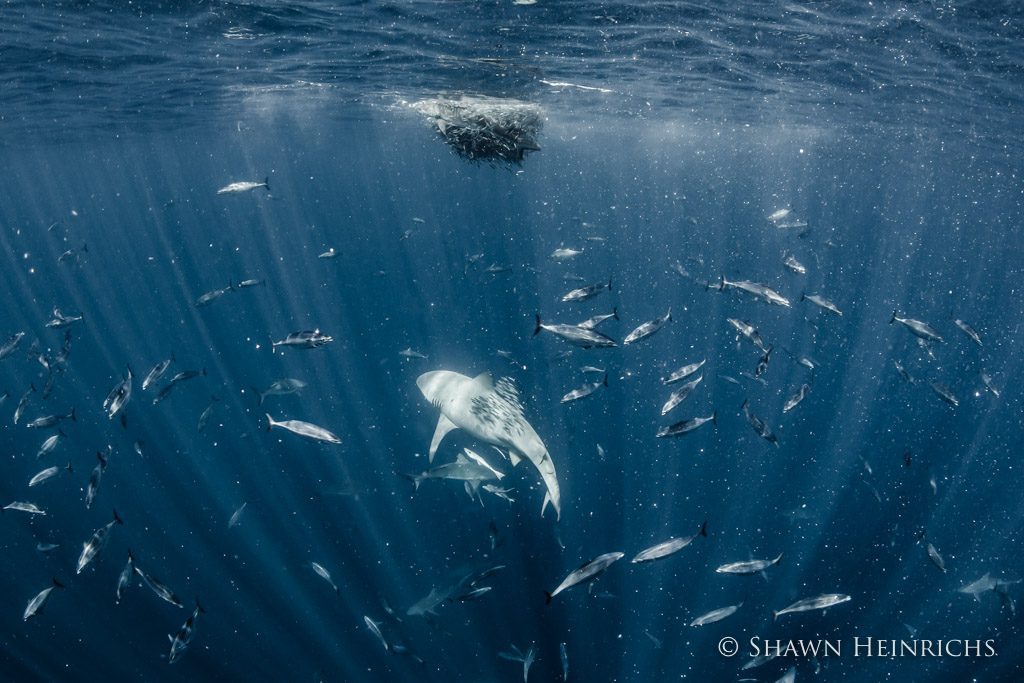 When contemplating coastal marine reserves, we often consider the impact on species and habitats that are readably accessible and measureable, notably corals, sea grasses, mangroves and reef fish species. What isn’t as obvious, but possibly just as important, are benefits to the more pelagic species such as sharks, rays and tuna. There is mounting evidence that some species of oceanic sharks and oceanic manta rays spend a significant amount their time in certain near-coastal habitats. Left unprotected, these regional populations are incredibly vulnerable to local directed fisheries. However, this also presents exciting conservation opportunities. If these areas are properly protected, these oceanic species can rebound and thrive, spending the majority of their time in waters that are safe from exploitation. 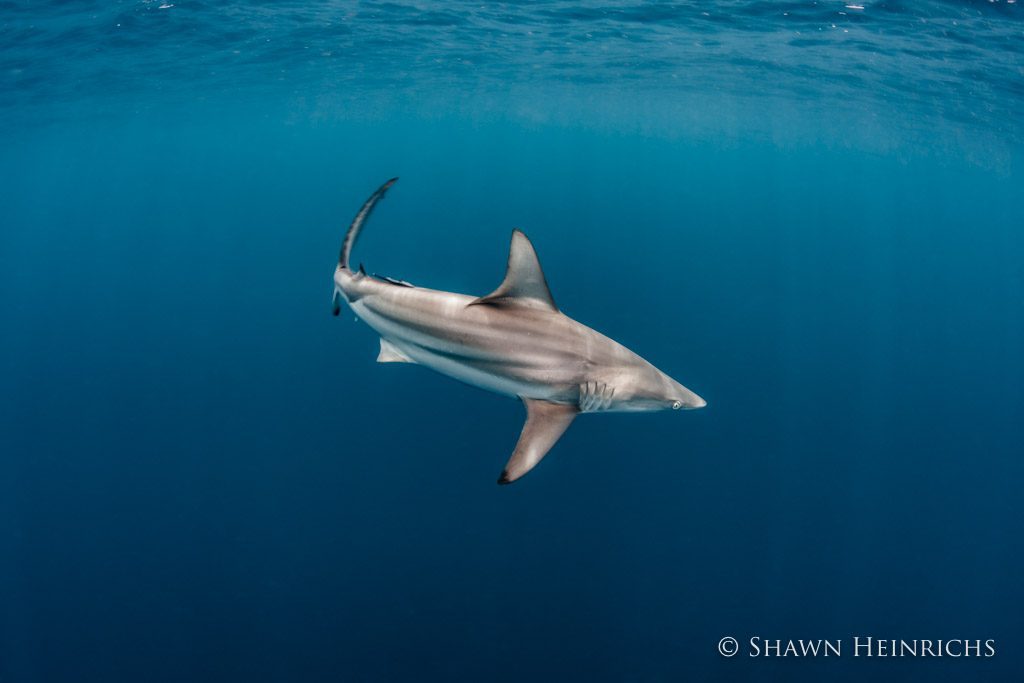 An oceanic blacktip races by in pursuit of fleeing sardines 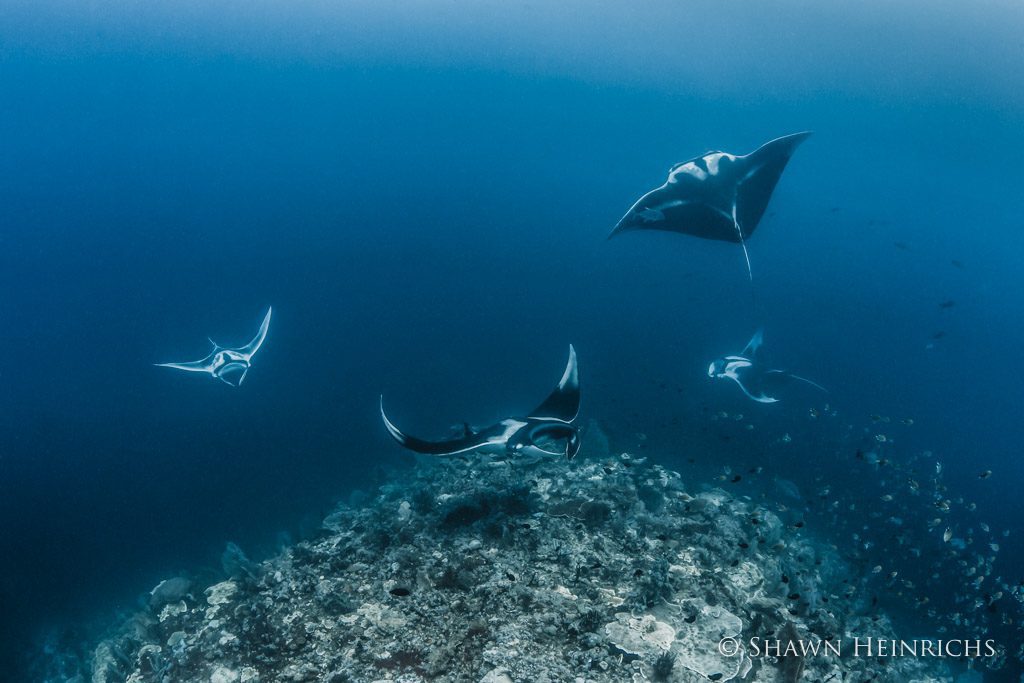 The shark baitball I experienced in Misool is living proof of the incredible resilience of the oceans, and an important reminder that we can make a real difference, if only we give nature a fighting chance! 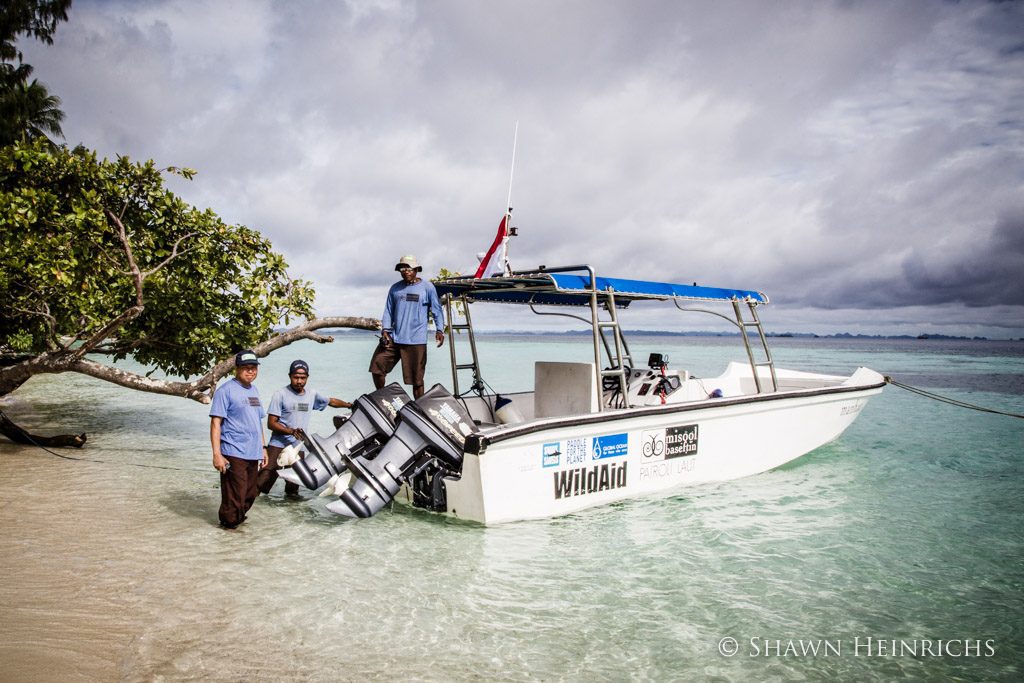