Amid Widespread Coral Bleaching, This Reef is Thriving by Dr. Mark Erdmann

Amid Widespread Coral Bleaching, This Reef is Thriving

This article originally appeared in Human Nature: Conservation International Blog.  It is reprinted here with their permission.

Editor’s note: This week Conservation International’s first virtual reality film, “Valen’s Reef,” debuted at the Cannes Lions International Festival of Creativity; watch the film here (or view it on the BHS site-Featured Video). Its spectacular setting — eastern Indonesia’s Bird’s Head region — contains some of the most species-rich waters on Earth; it could also hold clues for how to help our oceans adapt to climate change. CI marine scientist Mark Erdmann explains.

In recent months, numerous reports in the media have exposed the alarming levels of climate change-induced coral bleaching on Australia’s Great Barrier Reef and many other locales across the Pacific Ocean. Aerial surveys suggest that over 93% of the Great Barrier Reef has been affected by bleaching, and Australian experts warn that in many areas this bleaching is so severe that it will likely result in 50–90% mortality of corals…. 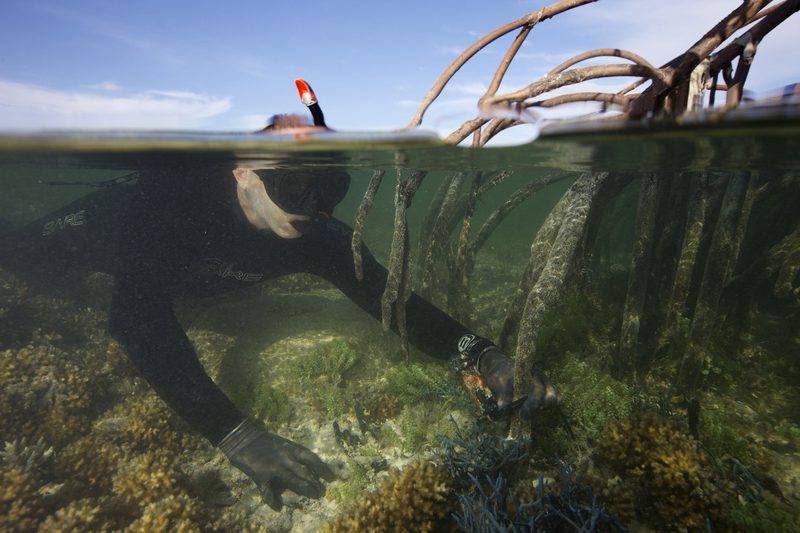