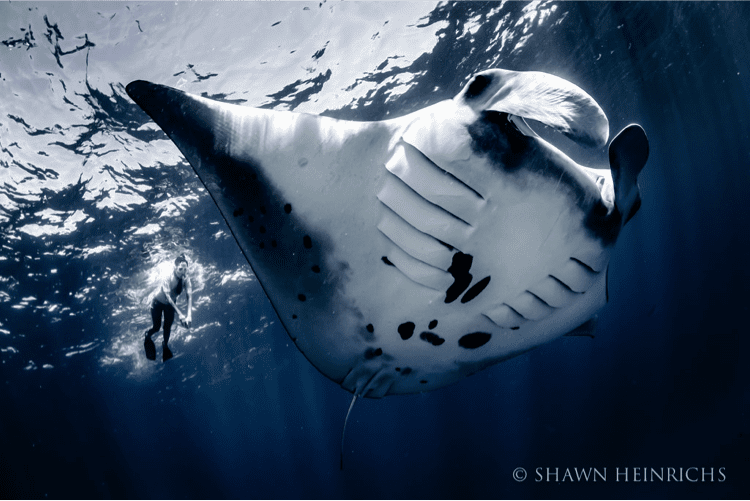 September marks the official launch of a new nation-wide manta ray tagging program led by the Ministry of Marine Affairs and Fisheries (MMAF) and Conservation International (CI), with financial sponsorship of the SEA Aquarium in Singapore. As readers are likely aware, Raja Ampat took the bold step of protecting all sharks and manta rays within its waters with the passage of regional law PERDA #9 in 2012, thus inspiring a similar movement by the regency of West Manggarai (protecting mantas in Komodo National Park) in 2013 and the eventual passage by the MMAF of Ministerial Decree KEPMEN-KP No. 4 in February 2014 – protecting both species of manta ray in Indonesian waters and thereby creating the world’s largest manta ray sanctuary at nearly 6 million km2!

Now that these protections are formally in place, it is very important for the Ministry to gather detailed information on manta movements around Indonesia in order to better design management and conservation programs to protect them from the illegal hunting which is still occurring in some areas of Indonesia (notably in the areas of Tanjung Luar in Lombok and around Lamakera east of Flores). Indonesia currently boasts the second largest manta-ray tourism watching industry in the world (focused primarily on manta aggragations in Raja Ampat, Nusa Penida, Komodo and Berau), and the Ministry is very concerned to ensure this burgeoning and sustainable industry is not negatively impacted by poaching or other marine activities along their migration corridors. Already, data compiled by the Aquatic Alliance and Lembongan Marine Association matching individual manta photo ID libraries from Komodo and Nusa Penida has shown conclusively that at least some reef mantas regularly move between these two tourism areas and through the potential hunting grounds off southern Lombok, and the new Ministerial tagging program hopes to discern more details of these migration routes.

In order to divulge the movement patterns of Indonesian mantas, the new tagging program will deploy 30 state-of-the-art SPLASH10-F towed satellite tags (a product of Wildlife Computers) equipped with “Fastloc GPS” technology. This tagging program is the first in the world to use these new tags, which represent a significant improvement over more traditional “archival pop-up” satellite tags. Besides recording important data on the depth and temperature profiles of all dives made by the mantas, these new tags also have the ability to acquire GPS position data almost instantaneously each time the manta (and its towed tag) comes to the surface to feed. This data is then sent to the ARGOS satellite network, allowing the research team to basically track these mantas in “real time” each time they come to the surface – something that was not possible with previous models of satellite tags. 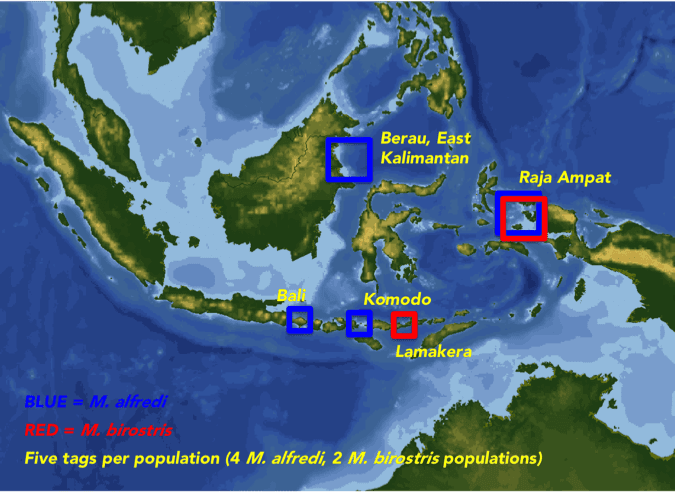 Tagging is beginning this month in Nusa Penida, and an initial round of Raja Ampat tagging will happen in October with a team from MMAF, the Indonesian Institute of Sciences (LIPI), the Raja Ampat government, CI, SEA Aquarium and the Manta Trust. We’ll report back with updates from the tagging in Raja Ampat later in the year as data becomes available. We also note that the SEA Aquarium in Singapore has created a large public display on this tagging program, and visitors to the Aquarium will be able to track individual manta movements on interactive display screens as the data begins to accumulate.

While the official tagging program will only begin in Raja Ampat in October, some initial experimental tagging was conducted in late June in order to test the technology and finalize appropriate settings for the tags. We were fortunate to be able to tag a “baby” manta (approximately 1.8m across) in the Wayag lagoon area, and the data which has come back from this young animal has been extremely interesting. As somewhat expected, this manta has been clearly using the Wayag lagoon area as a “safehaven”/nursery, spending 95% of its time within the lagoon and only making occasional forays into the deeper waters around Wayag. It has long been hypothesized that mantas likely give birth in protected lagoons to minimize the chances of predation by large sharks, and this tagging exercise in the Wayag lagoon seems to support this hypothesis. This finding of course has important implications as well for visitors to Raja Ampat – given the importance of Wayag lagoon for baby mantas, any speedboats or dive tenders operating in the lagoon need to reduce speed and carefully avoid any young mantas feeding on the surface. The Raja Ampat government is now considering in fact some additional regulations on recreational use of the Wayag lagoon to minimize disturbance to baby mantas. 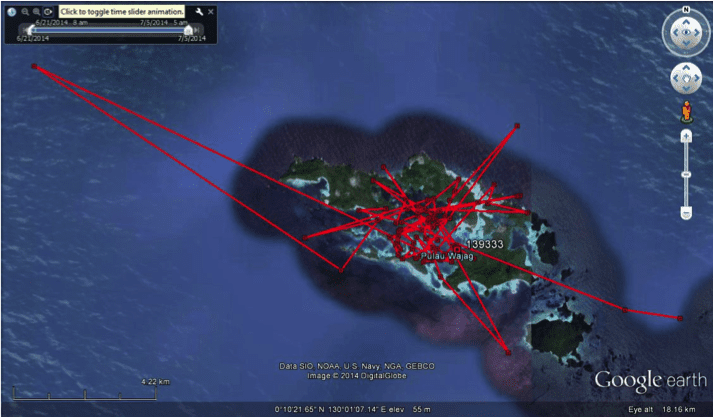 Figure 2. Google Earth map showing the movements of a baby reef manta tagged in late June in the Wayag lagoon in northern Raja Ampat. The tag data shows conclusively that the young manta is using the Wayag lagoon as a nursery ground,
spending the majority of its time in the lagoon and making only occasional forays out into the blue (presumably to feed).

Before wrapping up, I do have one important note for Bird’s Head visitors with respect to the manta tagging about to be conducted in Raja Ampat. Which is simply to note that in order to deploy the tags, we utilize a pole spear to insert the tag’s titanium dart tip beneath the manta’s skin. This is carefully done in the crease between the body cavity and wing on the dorsal side of the manta to minimize discomfort to the animal. The effect is much like getting an injection at a doctor’s office, with only a momentary sting. Nonetheless, it is not unusual for dive tourists who see a scientist approach a manta with a spear to initially recoil in horror – hence my “heads up” to those of you reading this that if you happen to be at a dive site in Raja Ampat during the tagging, please know that this program is critically important for manta conservation! 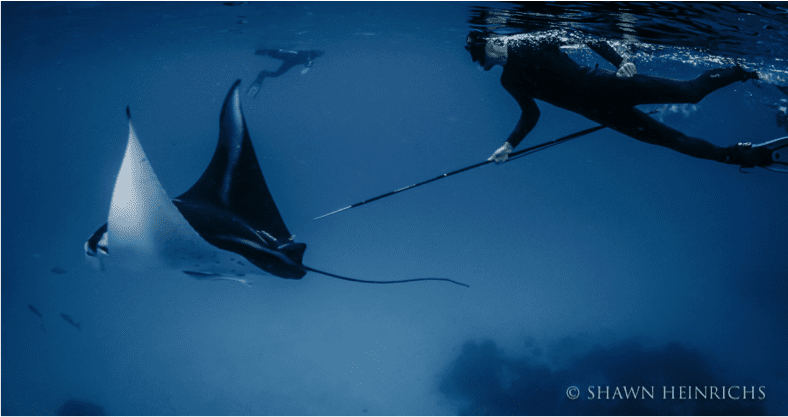 Figure 3. Using a pole spear to insert a satellite tag on a reef manta.

Look for more updates on this program in the next few months, as well as the imminent launching of the Manta Trust’s Raja Ampat Manta Photo ID library on this website soon!
submitted by:
Mark Erdmann, PhD
Vice President, Conservation International Asia Pacific Marine Programs